Recently, Kelsea Ballerini made quite a grand entrance at the 2022 Academy Of Country Music Honors. The event took place at Ryman Auditorium on Wednesday night, August 24 in Nashville, Tennessee. For the ACM Honors, Kelsea stepped out on the red carpet in a long white figure-hugging gown that looked pretty similar to Shania Twain’s 1999 Grammy Awards outfit. For those of you who are unaware, let us tell you Twain wore a Marc Bouwer dress back in the day.

Ballerini wore Shania’s iconic dress on a perfect day as she got an opportunity to present and honor Shania Twain with the ACM Poet’s Award during the award show. We must say Kelsea looked stunning in Twain’s Grammys dress. On the other hand, when we talk about Shania, she looked stunning as ever in a long black dress with a thigh-high train. She topped off her look with a pair of boots that matched her animal print cowboy hat.

A representative for the Grammy museum told People magazine, “Kelsea reached out, and Shania was more than happy to lend her the dress and thought it [was] really fun.”

Ballerini subtly hinted that she was going to wear Shania Twain’s iconic 1999 Grammys dress to the ACM Honors on the social media platform Instagram. “Sisterhood of the traveling dress…guess where @shaniatwain’s #GRAMMYs dress is off too next,” she wrote on her Instagram Story. What was Shania Twain’s reaction to seeing Kelsea in her iconic outfit?

During an interview with Entertainment Tonight’s Cassie DiLaura, Shania talked about Kelsea wearing her 1999 Grammys dress. Twain said, “I am so blown away. She looks stunning. She looks like an absolute angel.

The From This Moment On singer further added, “It’s very flattering to see her in the dress, and that she even wanted to wear it. I said, ‘I hope it’s not too dusty after being in the [GRAMMY Museum].'” 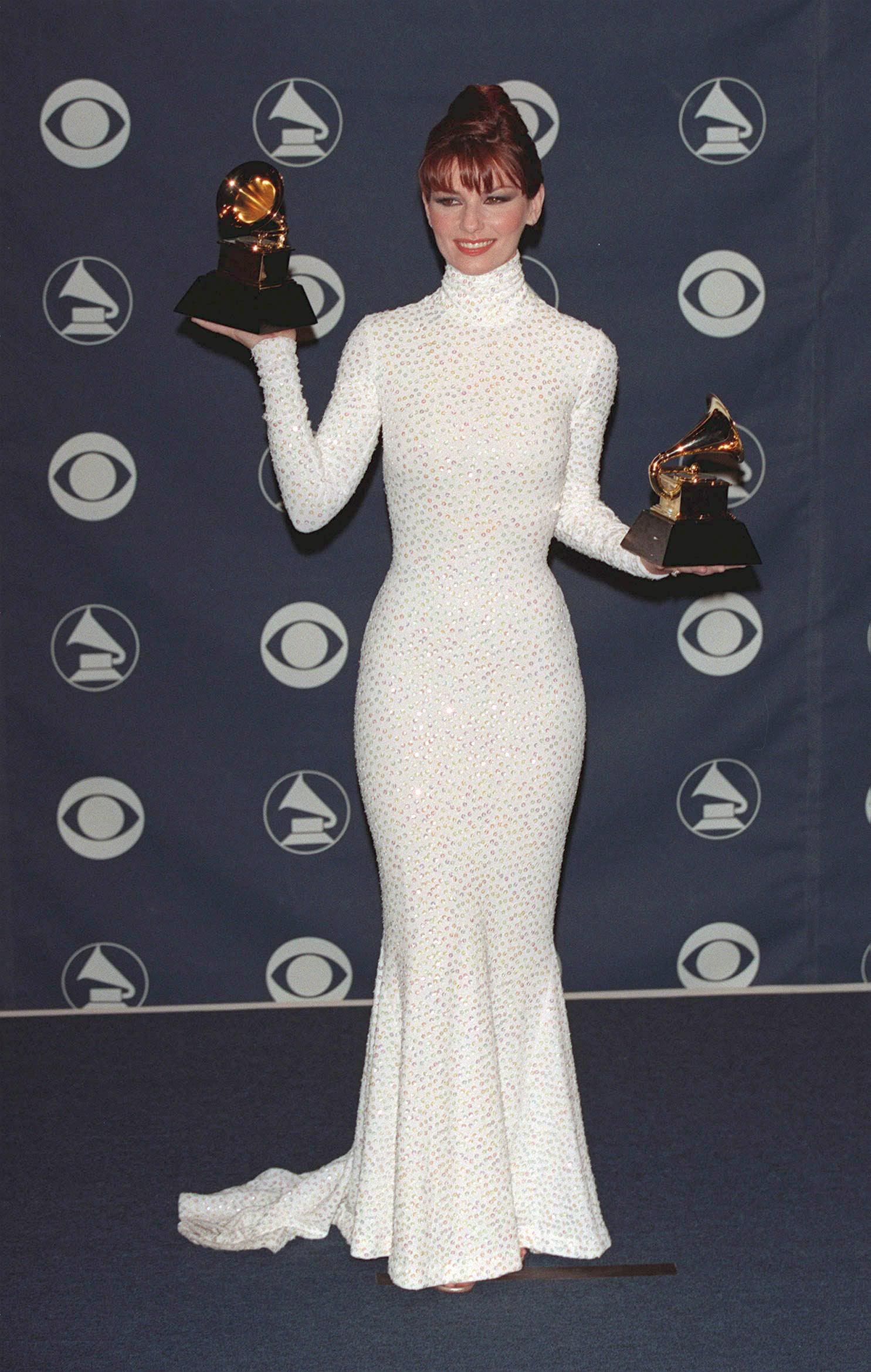 Twain recalled that day, she wore the long-sleeved, white gown in the year 1999. At that time, she also took home two awards including Best Female Country Vocal Performance and Best Country Song for her track, You’re Still the One.

The Canadian superstar further added, “It was an incredible night for me at the GRAMMYs. That dress represented that experience, so I’m just happy to see it alive again. Now it has a new life, and it has new memories, and it’s really great to be able to share that with other people, with another women. Obviously it’s a huge compliment to be admired enough that someone would want to step into my dress.”

Do you think Kelsea Ballerini pulled off Shania Twain’s iconic 1999 Grammys dress effortlessly? Kindly let us know your thoughts in the comments section below. Don’t forget to stay tuned with us for the latest updates from the world of showbiz.