This year, Jodie Comer has been named ‘the most mathematically beautiful woman in the world.’ Let us share with you all, Jodie managed to leave behind Euphoria star Zendaya as well as supermodel Bella Hadid.

British actress Jodie Comer has topped the list following mapping from a professional cosmetic surgeon named Julian De Silva. Continue reading further to learn everything about Jodie Comer, ‘the most beautiful woman in the world.’ 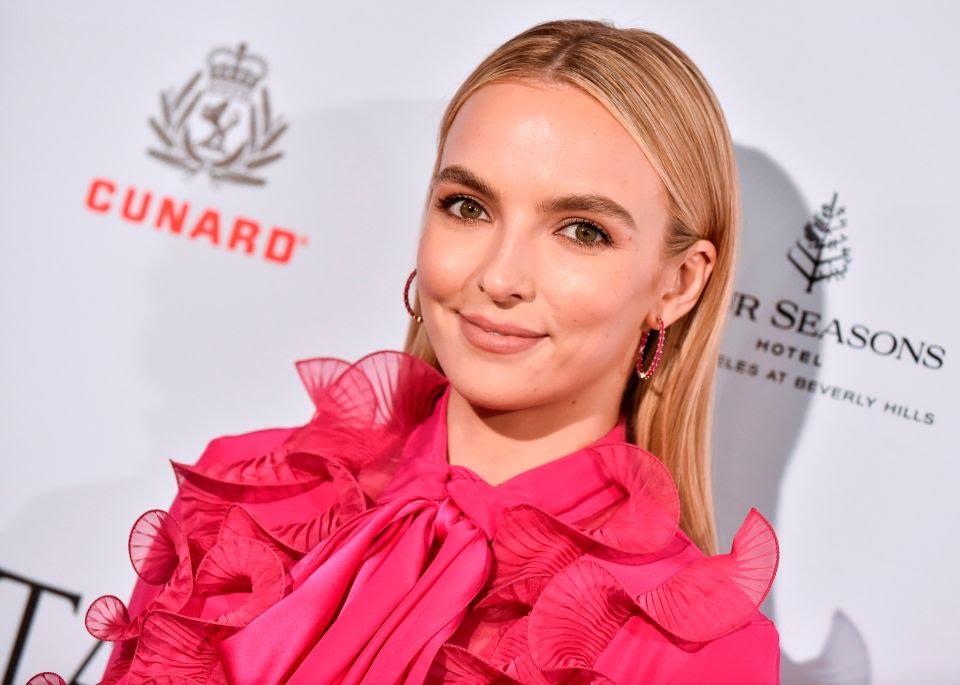 Not long ago, a London-based cosmetic surgeon named Dr. Julian De Silva, who runs the Center for Advanced Facial Cosmetic and Plastic Surgery conducted a study. He used the Greek Golden Ratio of Beauty, popularly also known as Phi to measure the physical features.

For those of you who are unaware, let us tell you, Golden Ratio is a mathematical equation first devised by the Greeks in an attempt to measure beauty. The thing is the closer the ratios of a face or body are to the number 1.618 (Phi), the more beautiful they are. As a result of the study, Hollywood actress Jodie Comer’s eyes, nose, lips eyebrows, chin and jaw, and facial shape measured closest to the Golden Ratio, and she was named ‘the most beautiful woman in the world’. The features of the Killing Eve star are 94.52% accurate to the Golden Ratio of Beauty.

What did Dr. Julian De Silva have to say about Jodie Comer?

In a media interaction, Dr. Julian De Silva talked about the British actress Jodie Comer and he said, ”Jodie Comer was the clear winner when all elements of the face were measured for physical perfection. She had the highest overall reading for the positioning of her nose and lips, with a score of 98.7%, which is only 1.3% away from being the perfect shape.”

Julian further added, “Jodie also had the highest score for her nose width and length and she was near the top for the shape of her lips and the position of her eyes. Her chin is beautifully shaped and her overall face shape is really strong.” 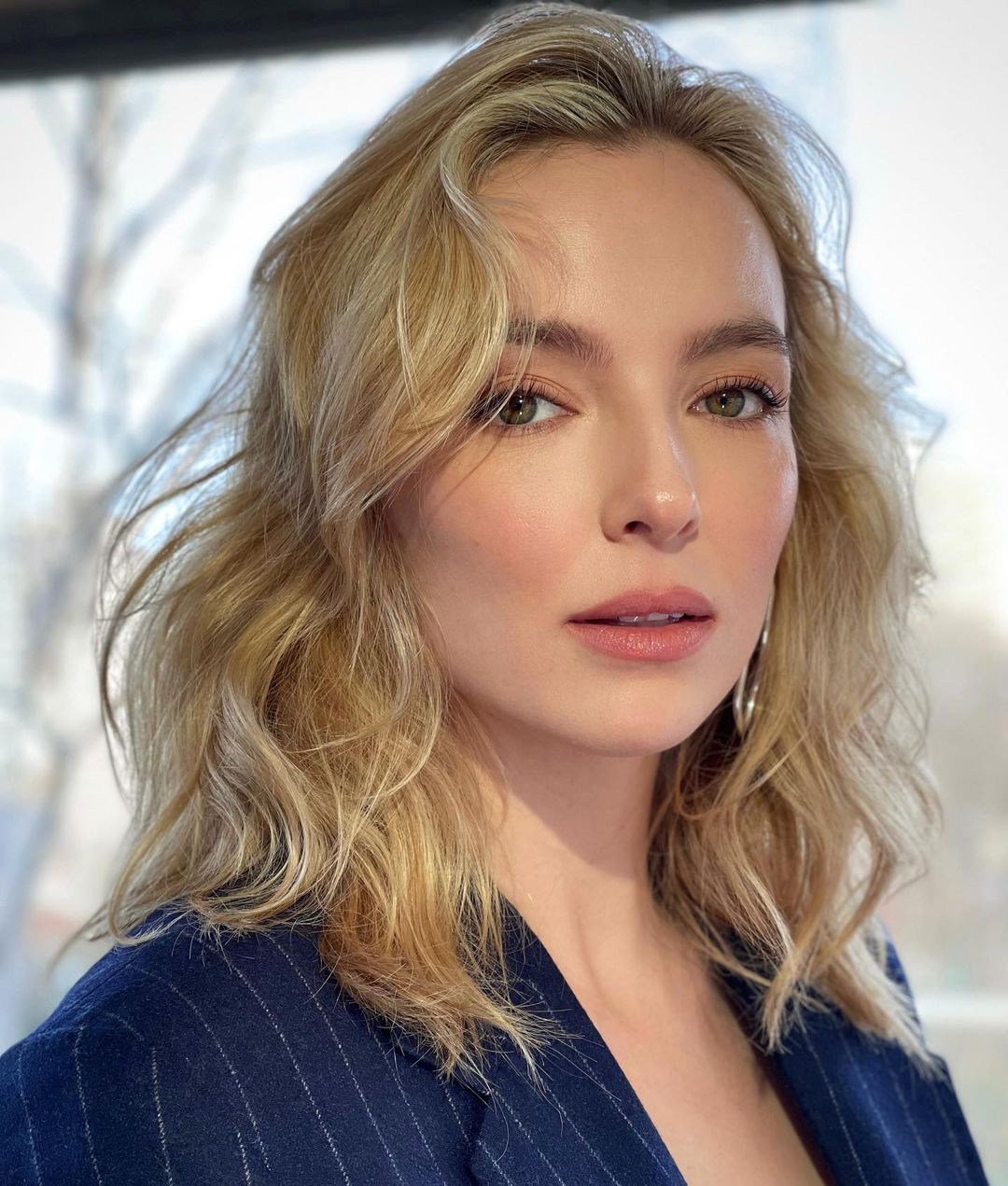 Julian told the news daily that the only feature for which Jodie scored less were her eyebrows. He went on to say, “The only element she was marked down for was her eyebrows which achieved an average score of 88%.” In the past many celebs from Hollywood including Ain’t Your Mama singer Jennifer Lopez, The Rum Diary actress Amber Heard, and the Avengers: Endgame star Robert Downey Jr. been named the most beautiful people in the world by the same mapping technique.

Here’s everything you need to know about Jodie Comer

Jodie Marie Comer is a British actress. She was born on March 11, 1993, in Liverpool, England. She is the daughter of Merseyrail employee Donna and Everton FC physiotherapist James Comer.

Comer was brought up in Liverpool’s Childwall suburb. She has a younger brother whose name is Charlie. Back in the day, she went to St Julie’s Catholic High School in the Liverpool suburb of Woolton. 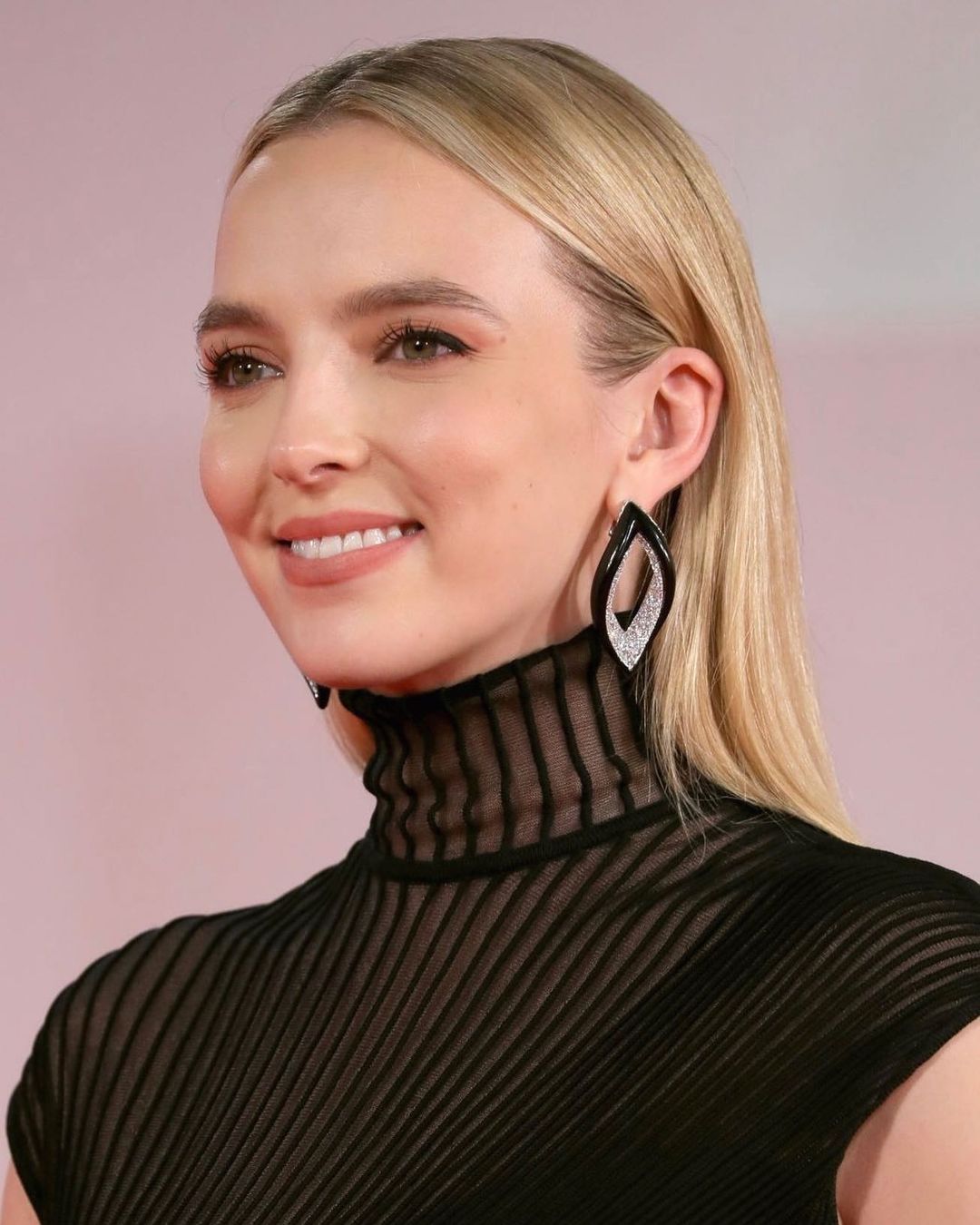 Jodie began acting when she was only 11 years old. At that point in time, she started acting at a local weekend drama school called CALS in the Belle Vale area of Liverpool.  During her high school days, she got expelled from a dance group by her friends because she was unable to attend rehearsals for the school talent show as she was on a holiday with her family.

Then, Comer decided to perform a monologue for the show and it garnered the attention of her drama teacher. Jodie’s teacher sent her to audition for a BBC Radio 4 play, and that’s how she bagged her first acting job.

When did Jodie Comer step into the world of acting?

Jodie Comer kicked off her acting career in the year 2008. She started with a guest role on an episode of The Royal Today, a spin-off series of the medical drama series The Royal. 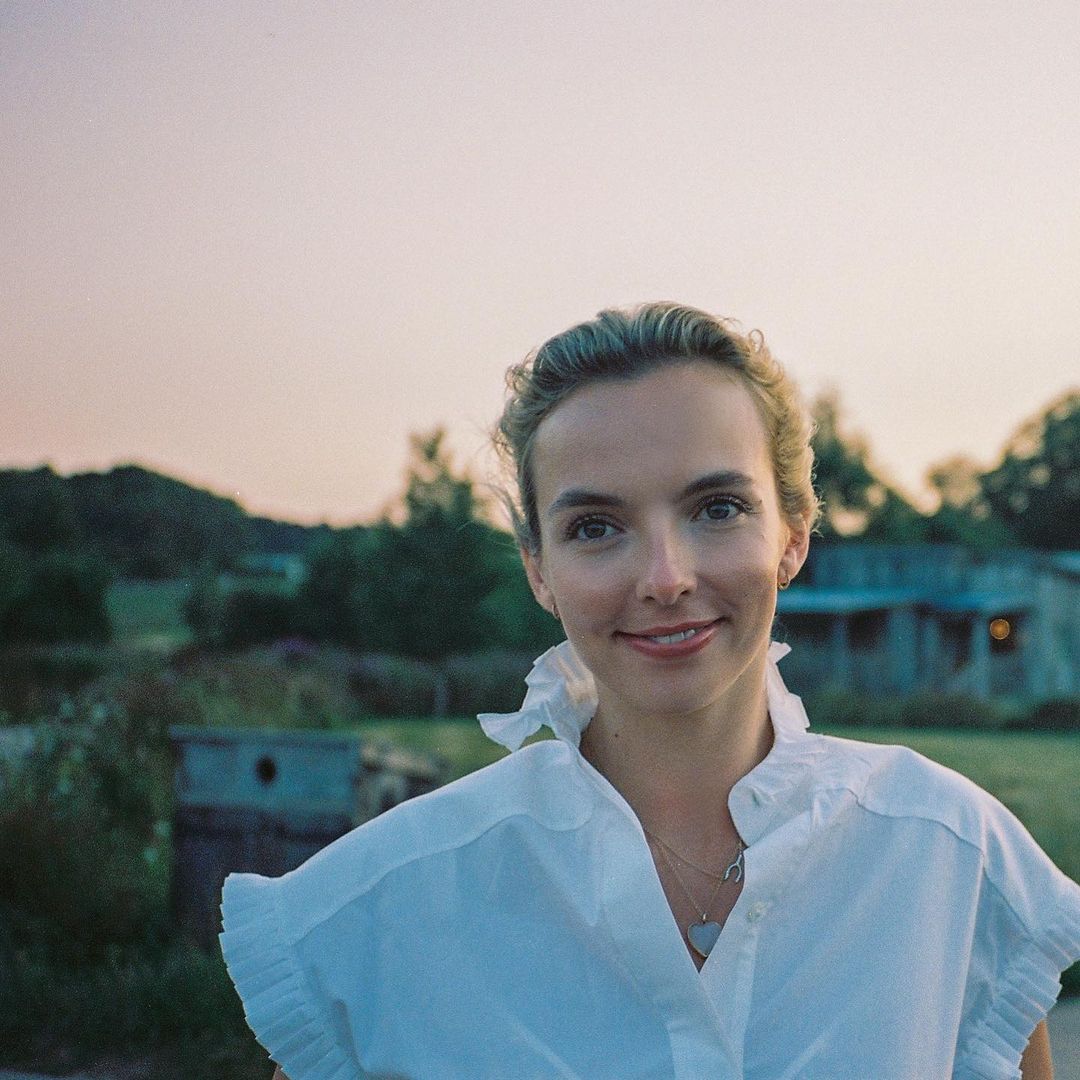 To date, Jodie has starred in several movies such as The Last Bite, England Is Mine, Either Way, Star Wars: The Rise of Skywalker, Free Guy, and The Last Duel.

Up until now, Comer has received various accolades including two British Academy Television Awards and a Primetime Emmy Award. In addition to this, she has also bagged nominations for two Golden Globe Awards, two Critics Choice Awards, and a Screen Actors Guild Award.

Jodie Comer shot to fame with the BBC America spy thriller Killing Eve. She played the role of Oksana Astankova / Villanelle in the show. Along with Jodie, the show also stars Sandra Oh, Fiona Shaw, Kim Bodnia, and many more. 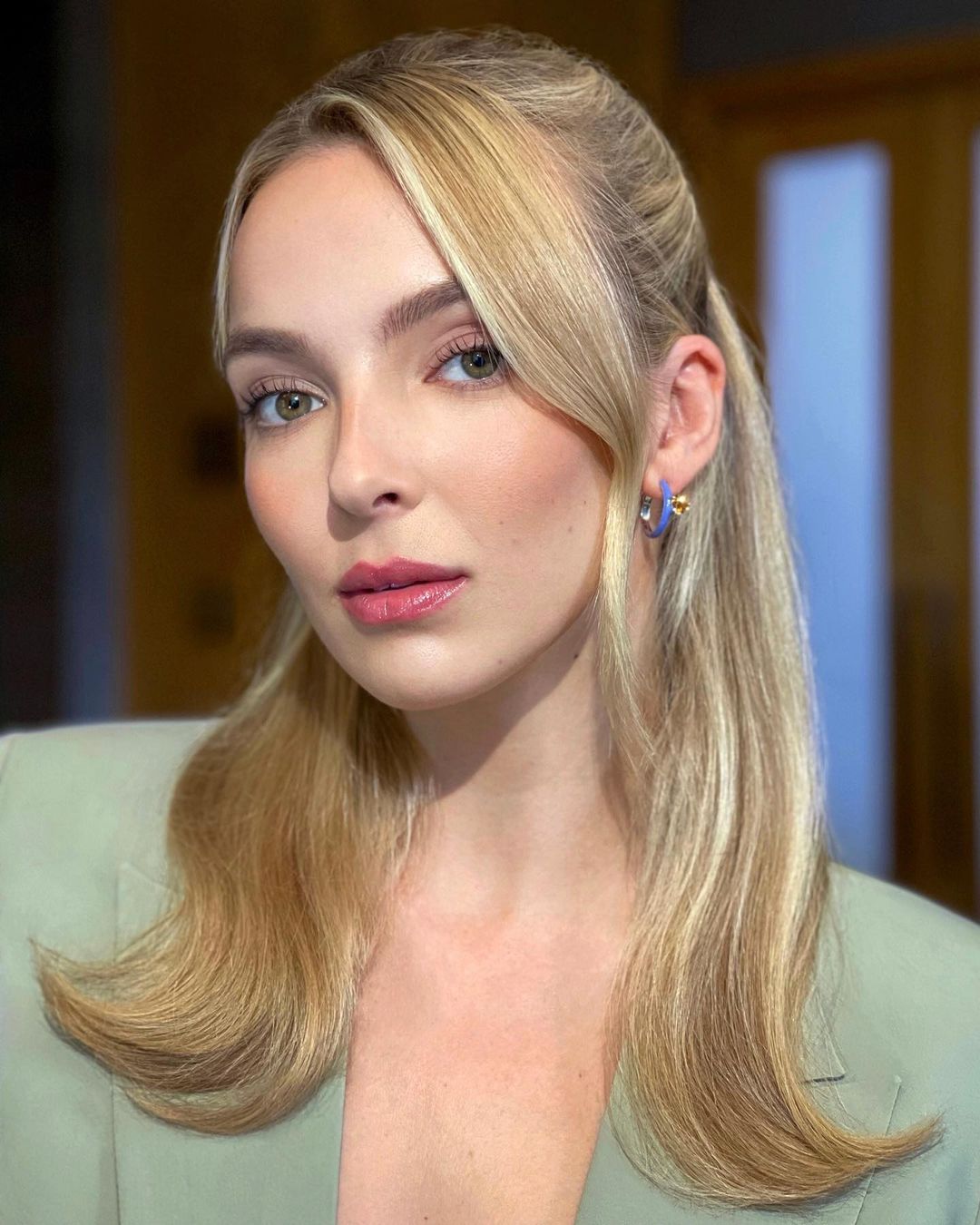 What’s next in store for Jodie Comer?

When we talk about the upcoming projects of Jodie Comer, she will be next seen in a film named The End We Start From. Along with this, she will also star alongside Austin Butler and Tom Hardy in Jeff Nichols’ The Bikeriders.

Are you looking forward to Jodie Comer’s forthcoming projects? Kindly let us know your thoughts in the comments section below. Don’t forget to stay tuned with us for the latest updates from the world of showbiz.