“The essence of repugnant desire,” is what Tesla owner Elon Musk is calling his recent perfume range. Musk announced the launch of his “Burnt Hair” perfume range in a recent tweet, changing his Twitter bio to “Perfume Salesman”. Not only this, Boring Co. (Musk’s tunnelling company) listed the fragrance at “$100 a pop”. Musk later revealed that over 5,000 bottles have already been sold. 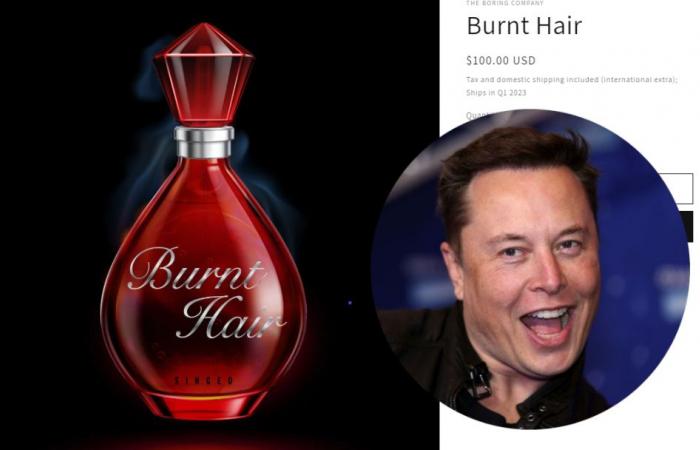 It hasn’t been a day, and “Burnt Hair” is making a buzz all over the global market. After dealing in electric cars, rockets and satellites, Elon Musk has stepped into the business, which we all thought was a light joke once cracked by the Tesla owner. The billionaire announced the launch of the “Burnt Hair” perfume range in a recent tweet.

The product, described as “the essence of repugnant desire”, was launched on Wednesday morning and is being sold through The Boring Company, which is Elon’s tunnelling company, dealing in infrastructure and tunnel construction services. Musk posted a tweet early morning today (Oct. 12), and wrote: “the finest fragrance on Earth”.

Over 5000 bottles of Burnt Hair sold!

The Boring Company website contains the “Burnt Hair” product page, which describes the product as “just like leaning over a candle at the dinner table, but without all the hard work” as well as “The Essence of Repugnant Desire”.

In a September tweet, Elon Musk revealed that the Boring Co. would launch a scent for men that will help them “stand out in a crowd.” Throwing off some pun over his last name, Musk tweeted, “with a name like mine, getting into the fragrance business was inevitable — why did I even fight it for so long!?” So yea, he’s changed his Twitter bio to a “Perfume salesman”.

Interestingly, the perfume can use be bought with cryptocurrencies. He wrote on Twitter: “And you can pay with Doge!” He also says the perfume is “an omnigender product”. The website claims that the product won’t be shipped until “Q1 2023”, Musk claimed that over 5000 bottles of “Burnt Hair” are already sold.

After promoting the product in late September, Musk teased the news about “Burnt Hair” on October 9, stating: “Coming soon from The @BoringCompany,” with an image of the exquisite bottle. Those who managed to grab the product also posted screenshots of the “purchase confirmation email” and wrote: “Hey, hot stuff!” the email reads. “This email confirms your purchase of Burnt Hair by Signed. It’s going to be lit.” 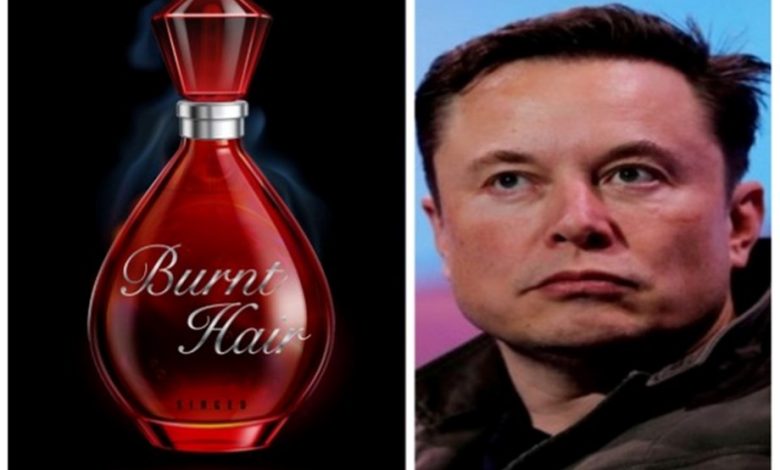 This isn’t the first “out-of-the-box” product that Elon Musk has sold via “The Boring Company”. In 2018, the company managed to sell 20,000 flame-shooting devices named “Not a Flamethrower”. But again, the limited-line flamethrowers were introduced to raise $10 million for the company’s “tunnel-building tests”.

The “Burnt Hair” perfume bottle is a ruby tint with a crystal-like top. So yea, it does make you “stand out in the crowd” as claimed by Elon, who also released a few more testimonial lines such as, “Get noticed as you walk through the airport” and “Just like leaning over a candle at the dinner table, but without all the hard work”. Are you planning to grab your hands on this “musky” fragrance? Well, it certainly looks worth it.