Brooklyn Beckham Has 70 Tattoos In Honor Of His Wife

You might have heard people express their love for their partners in different ways. Some go out of their ways to plan special holidays while others indulge in big and expensive gifts. Brooklyn Beckham’s gift is much more personal and permanent. 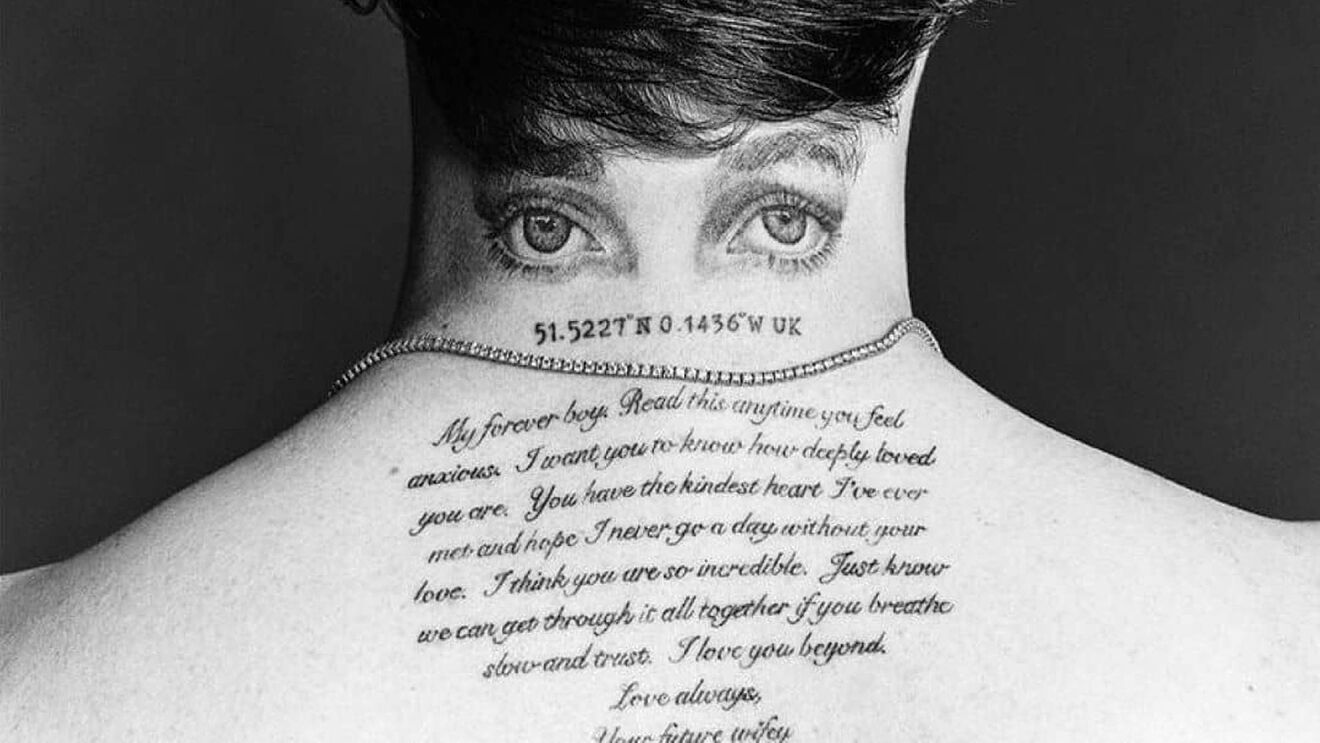 Brooklyn Beckham is a doting husband, that is something everyone knows. He often posts about his wife on his Instagram. The couple started dating in 2019 and got married last year. The newlywed admitted that about 70 out of 100 tattoos that he has are in honor of his wife!

He recently added the word ‘married’ to the list of tattoos. About the tattoo, he said that it was not something that he had been thinking about for months but it was more of a spontaneous thing. He mentioned that he was like “Oh, we’re married, why not?”.

Beckham also spoke about how his wife Nicola Peltz got emotional and had “tears in her eyes” when he showed her the tattoo.

Apart from the recent tattoo, Beckham also has his wife’s eyes and ‘our little bubble’ tattooed on him. He also went on and got a whole love letter that Peltz wrote him tattooed on his back when they got engaged.

The love letter started with “my boy forever” and went on to say “Read this whenever you feel anxious. I want you to know how deeply you are loved. You have the kindest heart I have ever met and I hope to never go a day without your love.”

The letter also went on to say “Just know that we can get through this together if you breathe slowly and trust. I love you beyond. Love always, your future wife.”

Brooklyn Beckham may be more expressive with his tattoos, but he is not the only one. His doting wife, Nicola Peltz also has a bunch of tattoos.

It includes the name of her late grandmother on her wrist, the letter N, lover on her index finger, and a tattoo of her mother’s rosary around her wrist. She also has a poem on her arm that said “My life, my love, my truth, my breath, my reason, my beauty, my precious.” There may be a lot of love and compassion between the couple but it is believed that not all is well between Beckham’s mother and his wife. The mother and daughter-in-law do not get along and apparently cannot stand each other.

Things got a lot more intense when Nicola Peltz posted a cryptic message on her Instagram about putting “a wall up to protect myself in the industry”. In the post that included two pictures of her in bed with red eyes, she wrote “We all have days where people make you feel bad and it’s okay to be hurt by it.”

The apparent hostility is creating problems between Brooklyn Beckham and the rest of his family. Regardless of what issues the family might be facing the couple are deeply in love and are going stronger than ever!