Not long ago, supermodel Bella Hadid hit the runway at the Paris Fashion Week topless. As per the reports of TMZ, she covered her breasts with her one of her hands. Soon afterward, she got a dress spray-painted on her body.

Bella has the perfect face of a model. Her chiseled cheekbones and sharp jawline add more to her overall persona. Continue reading further to catch more details about Bella’s recent appearance at the Paris Fashion Week. 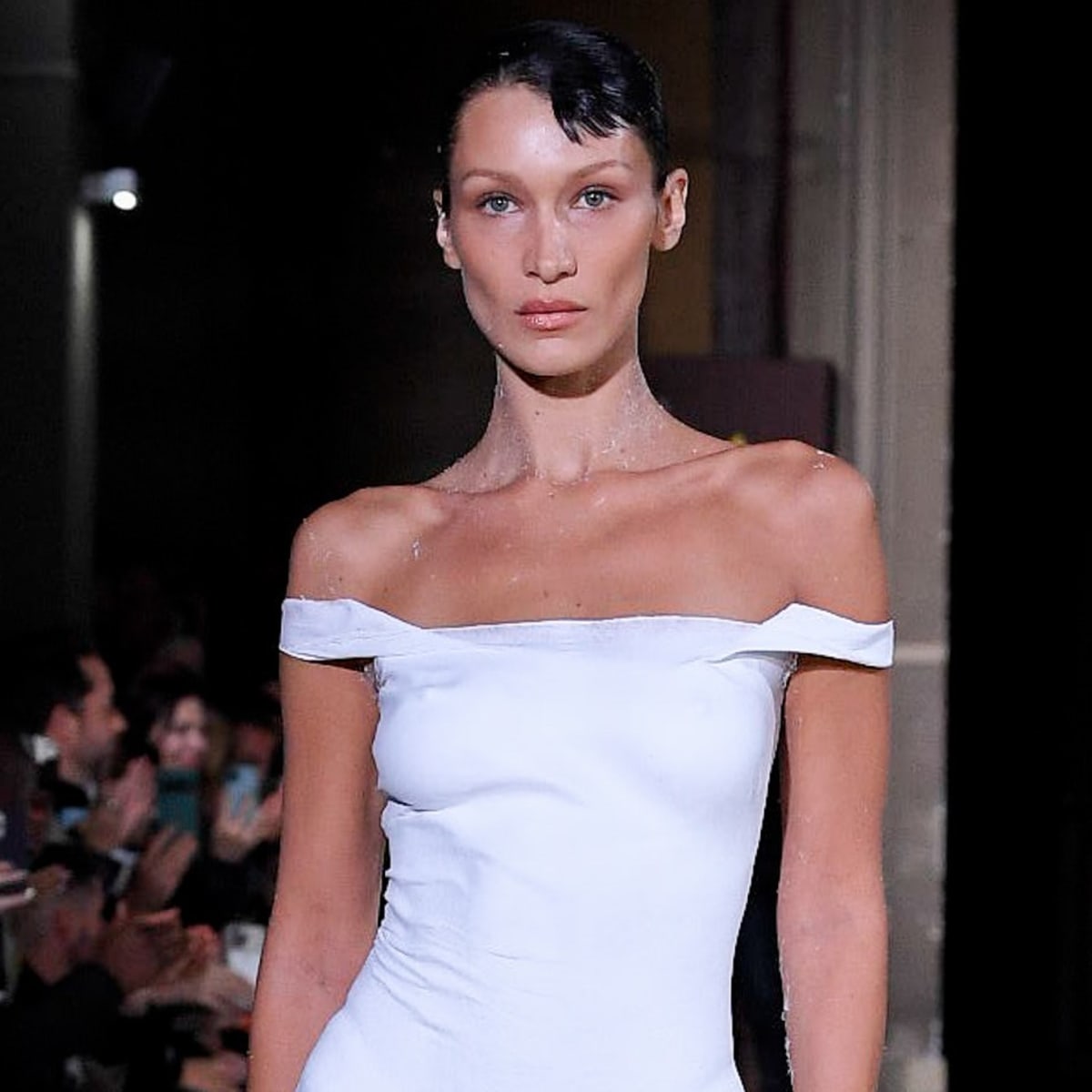 On Friday, Bella Hadid walked down the runway at the Coperni fashion show during Paris Fashion Week 2022, topless. Soon afterward, she got her dress painted on her body for the grand finale.

While walking the runway during the Coperni Womenswear Spring/Summer 2023, the model went topless. She only wore nude thongs and a pair of slip-on high-heels. At that point in time, she covered her breasts with one of her hands. When we talk about Bella’s hairstyle, she kept her hair back in a slick hairdo. 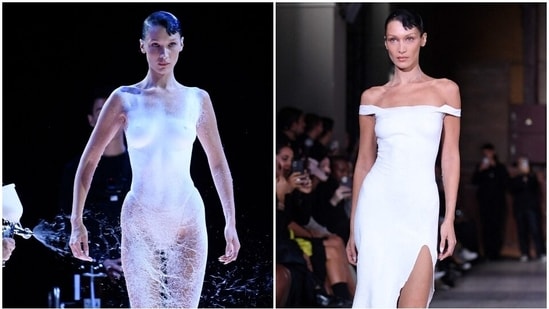 Then for the grand finale of the French label’s fashion show, Hadid had a futuristic Coperni slip dress spray-painted onto her body. At that time, she stood still as a team of specialists that was led by  Dr. Manel Torres, managing director of Fabrican Ltd and inventor of the spray-on fabric, designed the minimalist dress.

We must say that the spray-painted dress hugged Bella’s toned figure perfectly and she carried it off effortlessly. By the end, Hadid was all dolled up in a tight asymmetrical white dress.

A fashion designer from Coperni created the straps of Bella’s body-hugging dress. She looked stunning in the off-shoulder white dress that also featured a thigh-high slit.

As per multiple reports, Bella’s white dress took less than 10 minutes to be made. It has been reported that an individual can even wash and re-wear the non-woven fabric.  Coperni, which has been named after Nicolaus Copernicus, referred to the theatrical demonstration of the dress as an example of a “futuristic fusion of science and fashion.” What did the founders of Coperni have to say about their brand?

Coperni co-founders Sebastien Meyer and Arnaud Vaillant who got married last year on a secluded Greek island, have stated that their fashion label is most noted for pushing the boundaries of fashion technology.

In a media interaction over Zoom ahead of the fashion show, Arnaud said, “It’s our celebration of women’s silhouettes from centuries past,” meanwhile Sebastien further added, “And we wanted to update our aesthetic in a more grown-up and scientific way, too.” Vaillant went on to say, “We wanted to dedicate this moment to Dr. Torres because we respect what he does so much. We felt that it was absolutely necessary that he led the performance, to us, that makes the experience even more magical.”

Do you think Bella Hadid pulled off the dress spray-painted on her body effortlessly? Kindly let us know your thoughts in the comments section below. Don’t forget to stay tuned with us for the latest updates from the world of showbiz.