At the moment, Amber Heard is living her best life in Spain! Not long ago, the Aquaman actress showed off her bikini body while vacationing in Palma de Mallorca, Spain. She donned a black bikini during her recent outing in Spain.

It seems like the Hollywood actress has finally gotten her much-needed break after the Johnny Depp trial. Keep reading further to catch a sight of Amber Heard from her recent trip to Spain. Yes, you heard it right. Amber Heard is having the time of her life in Spain at this point. In the pictures from her Spain vacation, she can be seen wearing a black two-piece and a white sarong.

In one of the snaps, Heard can be spotted taking a stroll on the beach with a friend. Her beach ensemble put her torso tattoo on display. Back in the day, she got a Spanish quote from Pablo Neruda inked on her torso. When translated to English, the Spanish quote means, “I love you as certain dark things are to be loved, in secret, between the shadow and the soul.”

Amber topped off her skin-bearing ensemble with a pair of black sunglasses and an Apple Watch. In the photos from her vacation, she can be seen sporting a big smile on her face.

Earlier this month, Amber Heard was spotted with her daughter in Spain

This month, The Rum Diary actress was snapped out and about in public with her daughter Oonagh Paige. The mother-daughter duo was spotted by the paps while the two of them were having a good time in Spain. Amber Heard is a proud mom of a baby girl named Oonagh Paige Heard. She welcomed her daughter into the world via surrogacy. Her baby girl was born on April 8, 2021, and she turned 1 this year.

The Hollywood actress shared the news of her daughter’s birth on the social media platform Instagram a few months after her arrival. At that point in time, she posted a beautiful snap of herself and her baby girl Oonagh on Instagram. 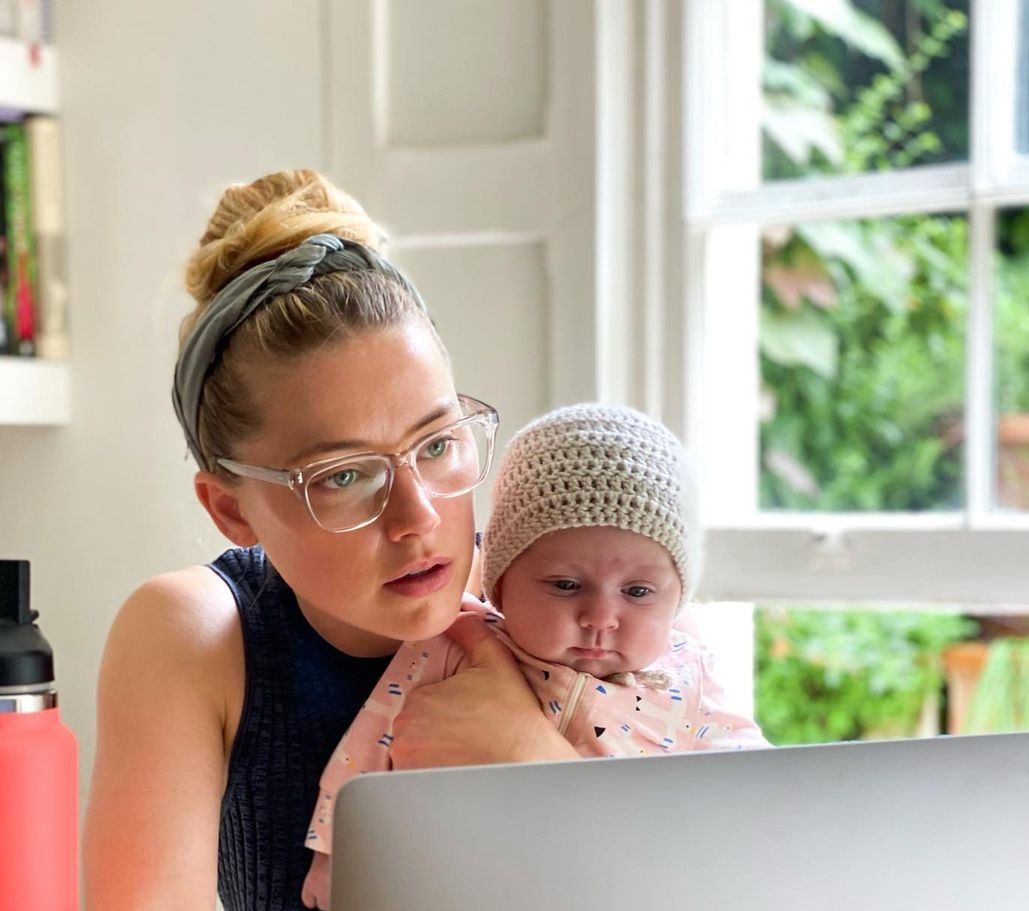 “I’m so excited to share this news with you. Four years ago, I decided I wanted to have a child. I wanted to do it on my own terms. I now appreciate how radical it is for us as women to think about one of the most fundamental parts of our destinies in this way. I hope we arrive at a point in which it’s normalized to not want a ring in order to have a crib”, Heard wrote alongside the snap.

Amber concluded the post by writing, “My daughter was born on April 8, 2021. Her name is Oonagh Paige Heard. She’s the beginning of the rest of my life.”

Did Amber Heard’s vacation pictures give you FOMO (Fear of Missing Out)? Kindly let us know your thoughts in the comments section below. Don’t forget to stay tuned with us for the latest updates from the world of showbiz.