Fashion trends come and go, but some leave a massive impact on the fashion world, and the 80s fashion era is one of them.

The 80s fashion decade holds an integral place in the world of fashion. Even today, many designers, fashionistas, celebrities, and other fashion-forward people take inspiration from the attractive trends and styles that people wore during that time. There were no fashion influencers and no social media in 80s. The fashion drew a lot of inspiration from music and TV shows, thus creating more style idols than in any previous fashion decade. 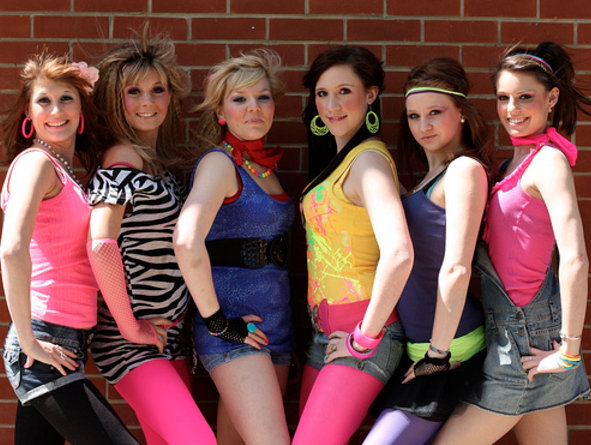 Fashion in the 80s came like a breath of fresh air for all the women who would love to experiment with everything, ranging from apparel to accessories, footwear, and everything in between. In short, 80s fashion ruled the whole world.

What are the Best 80s Fashion Trends?

When talking about the fashion trends of the 80s, many were characterized by bright, big, loud, and eye-straining colors and patterns. There was a lot of drama, urging fashion-driven people to follow these trends.

Here are the best 80s fashion trends that you must know.

Power suits and power dressing reigned in the 80s, and how! The introduction of power suits for females created a lot of buzz among the designers and women. This trend was created by many top-notch celebrities and movie stars that played influential and power-hungry characters on the screen. 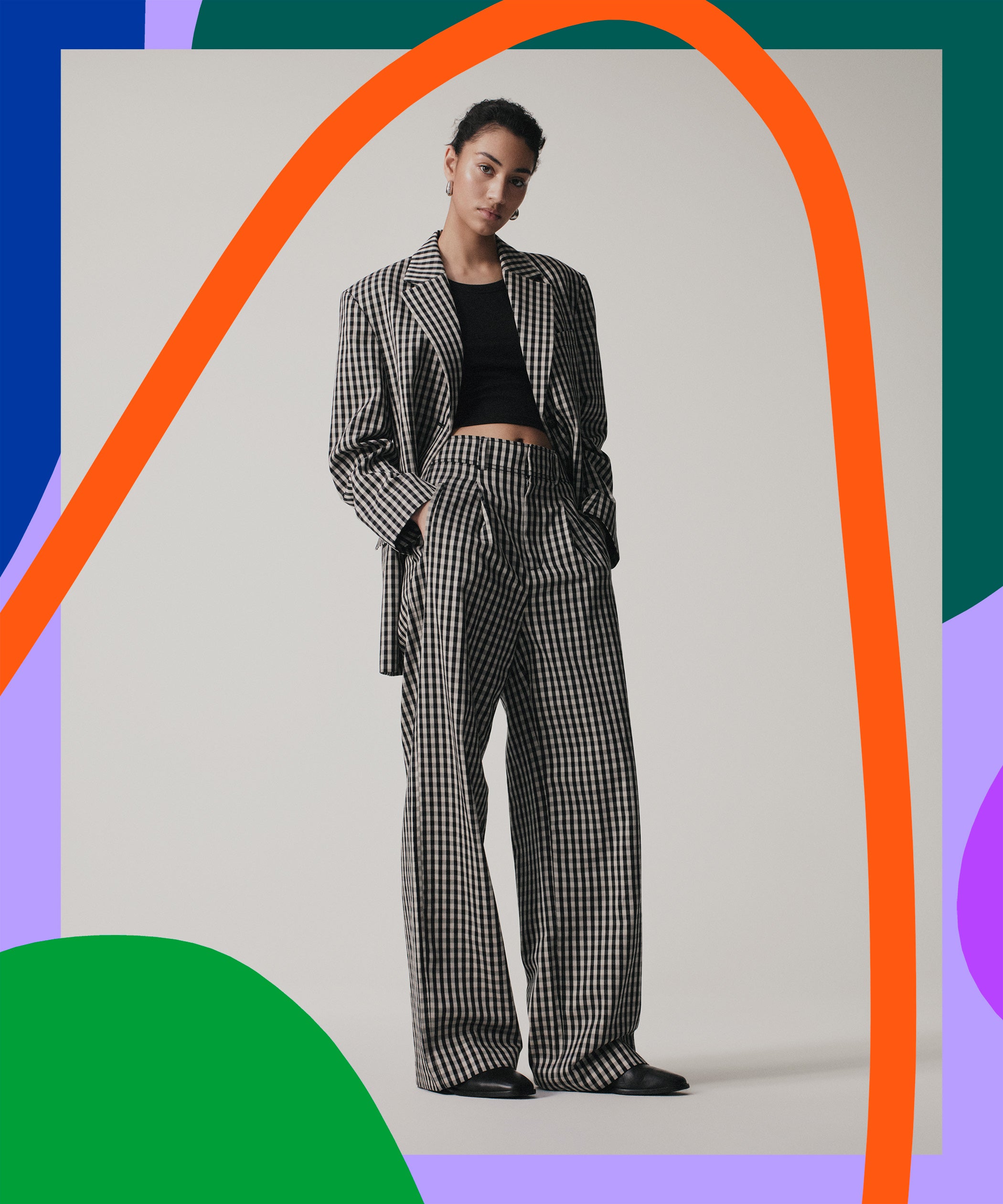 For instance, the sharply-tailored power suits worn by Grace Jones became the talk of the town at that time. It also inspired the concept of girl power and the cross-dressing movement of the 1980s. Even today, power suits remain an inspiration for many celebs like Rihanna, Lady Gaga, Annie Lennox, and Lorde.

Shoulder dresses were a fashion in the 80s, and padded shoulders took the fashion game to the next level. As a result, shoulder pads became an influential trend to be adopted by many well-known dress designers. 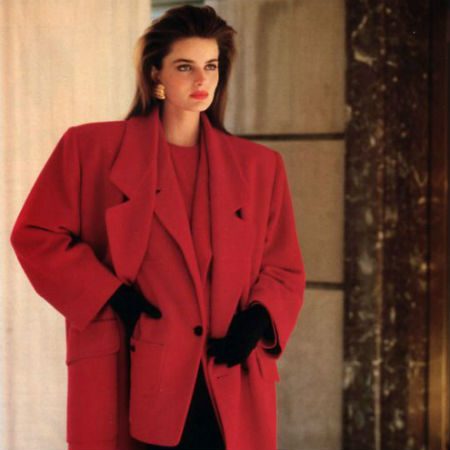 Notable shoulder pads were matched with voluminous and vaporous dresses. It gave an element of fashion and style to the outfit. Puffed sleeves, too, were created in different cuts, shapes, and geometrical patterns.

The fashion of floral prints remains evergreen. But do you know this lasting trend owes its popularity to the 1980s? Many models, actresses, and other celebrities would embrace florals and pair them with neon-colored outfits. 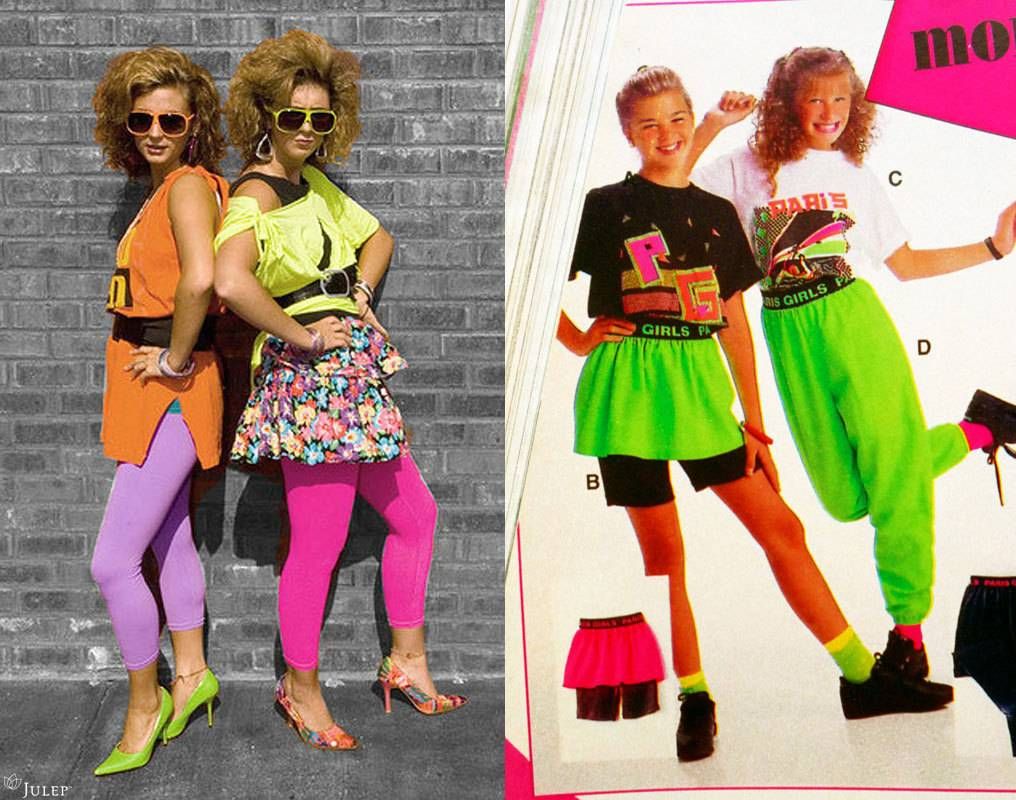 Sure, the fashion critics laid down various rules, and the combination of florals with neon colors went against them. But the suckers for experimental fashion barely cared and rocked the look in their daily fits.

Leather jackets that we wear today are also a product of 80s fashion. You may have seen all your favorite stars like Madonna, Julia Roberts, and even male stars like Bon Jovi, Tom Cruise, and others sporting a leather jacket look. 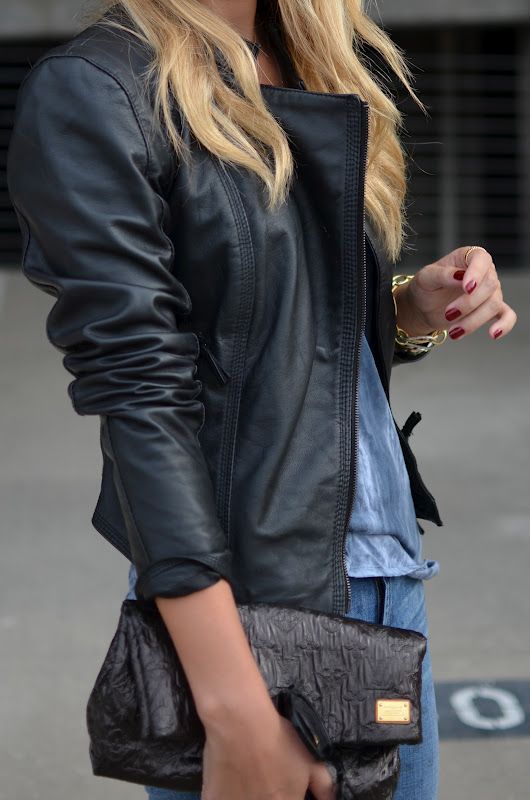 Most of these jackets were worn with rolled sleeves. They also had padded shoulders. The females loved copying this look.

Mini-skirts remain one of the most celebrated fashion trends of the 80s. Also known as skater skirts, and Rah-Rah’s, they were donned by teenage girls and adults alike. The first-ever mini-skirt was seen in the 1960s, but it was the 1980s that spread this trend like wildfire. 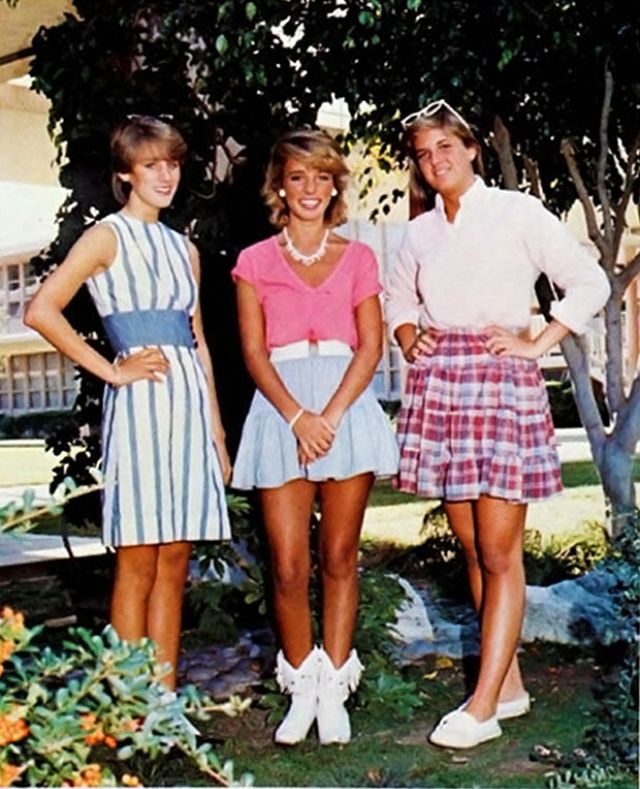 The females would also wear these skirts with leggings or leg warmers. The most popular materials for these mini-skirts were spandex and denim.

Polka dots and retro fashion go hand-in-hand. Polka dot dresses, skirts, shirts, and tops were everything that 80s fashion was all about. The famous French Fashion label, Emanuel Ungaro, introduced an impressive line of polka dot fashion that was loved and adopted by all. 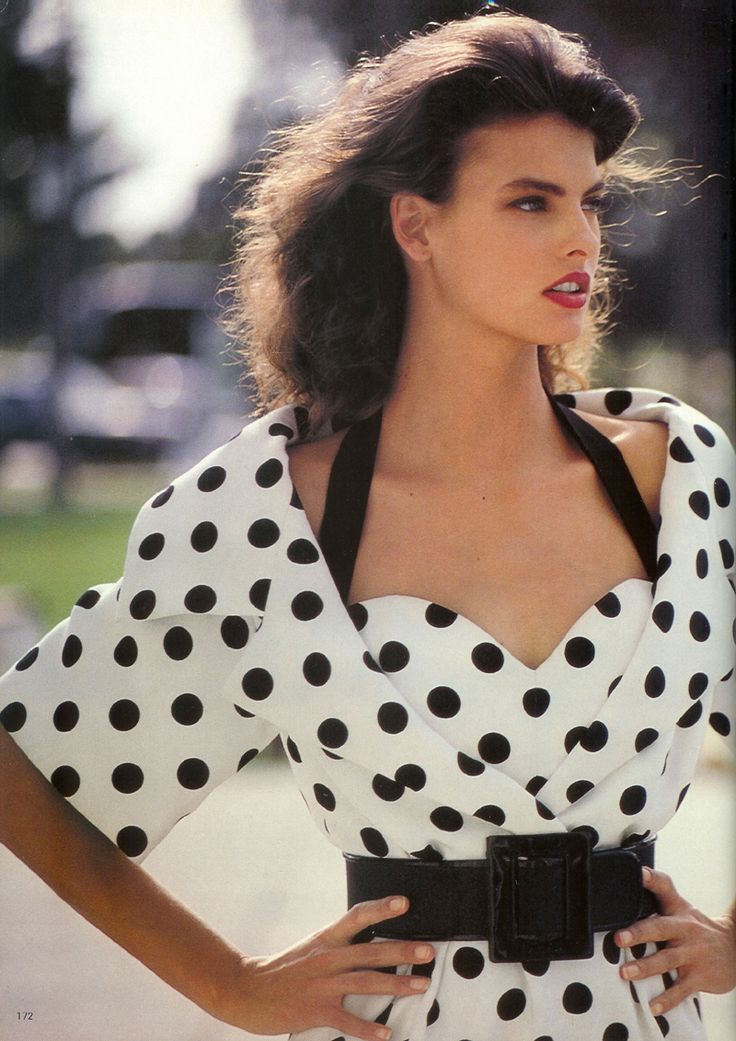 Even her highness, Princess Diana, loved this fashion. She was often seen sporting polka dots dresses and skirts during her outings. Some dresses were also paired with high-waisted PVC belts to accentuate the curves.

Denim jackets became a popular choice of outfit in the 1980s. This trend remains undisturbed among both genders. In the 80s, females were spotted wearing loose denim jackets with a pair of high-waist denims and a t-shirt inside. 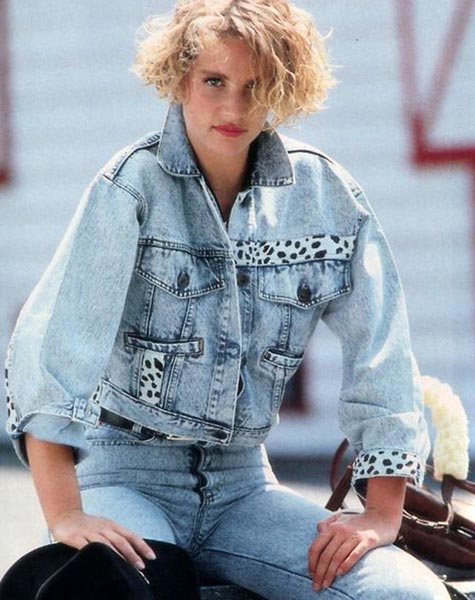 The list of 80s trends and fashions remains incomplete without mentioning animal prints. Animal prints became the flavor of the season in the 80s. From leopard prints to zebra prints and snake prints – animal prints ruled the fashion industry for a long time. 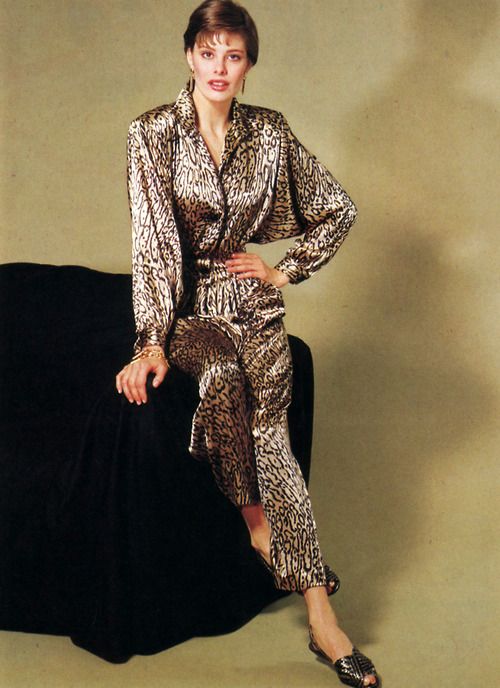 The craze for animal prints was not only limited to apparel. Many accessories, too, were inspired by this print – handbags, shoes, scarves, to name a few. The choice of material to create these prints remained diverse.

The 80s were also when oversized t-shirts took the fashion world by storm. These t-shirts were paired with pants, denim, legwarmers, and even skirts. They were double or triple the size of the regular size. Many teenage and college girls were inspired by the fashion of oversized t-shirts. As a result, they would steal some of them from their father’s, brother’s, or boyfriend’s wardrobe and rock the look.

Apart from oversized t-shirts, oversized eyewear also became the hottest trend in the 1980s. Most fashionable sunglasses in that era featured giant frames and sported colored or mirror lenses. Some of the famous 80s sunglasses frames include oversized Wayfarers and Aviators by Rayban. The luxury brands – Gucci, Vuarnet, and Cartier, too, introduced their range of oversized eyewear for both genders.

It is not wrong to say that the 1980s became a game-changer for the fashion world existing today. The trends were an absolute treat to follow. They were not merely about style but comfort too. Even today, many of these styles remain in vogue.

Which of these 80s fashion trends do you personally like? Tell us in the comments below.

Keep following for more on fashion.