Did you know that Katy Perry’s original name is Katheryn Elizabeth Hudson? The 37-year-old is a famous American pop star. Her combination of cartoonish style and sexually suggestive lyrics set her apart from everyone else.

She was raised in a religious family. Perry’s first brush with singing was singing in the church. At the age of 15, she felt inclined toward music and she began to learn how to write songs and even recorded demos. 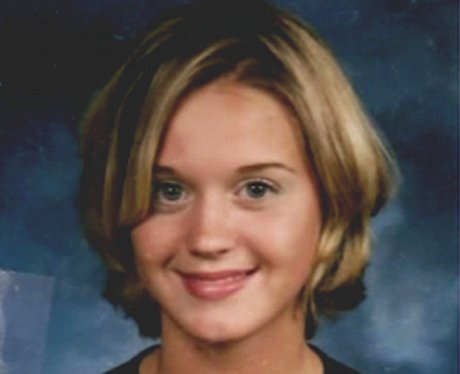 Perry even moved to Los Angeles at the age of 17 years. Her initial years were full of struggle. She was signed to the prestigious Columbia Records in 2004 but was ultimately dropped by them. She then signed on with Capitol Records. Four years later, her song I Kissed a Girl became a hit in many countries.

Katy Perry has been around for quite some time yet she continues to be one of the pop idols. Overall, she has sold more than 125 million singles and 18 million albums around the world. She has won many accolades over the years including 5 American Music Awards, 5 Billboard Awards, and 13 Grammy nominations.

Here are some instances when she went with the no-makeup look in her career.

Quarantine in 2020 was difficult for many, while for others it was a great way to recharge and discover oneself. For Katy Perry, it was a combination of both.

She took to Instagram and posted two pictures for her 167 million followers to see. While the first picture had Perry all dolled up, the second picture was her in a robe with messy short hair and a grin! She captioned the picture “ Pre-quarantine ➡️ mid-quarantine”.

This is a major throwback picture, probably from the time Perry had really short hair and was digging the whole tomboy look. Her puppy, Nugget, is comfortably snuggling in the front pocket of her hoodie. Perry wore a pair of shades and smiled as she walked to her car.

Who does not like to have a fun day at the beach? Usually, we get a ton of sand in everything and are a total mess, but not Perry! She looked stunningly gorgeous even though she had just stepped out of the water and was drenched. The sun was shining on her face and she seemed to be really enjoying herself.

This is an uncommon picture of her. She is wearing a beanie, has her jacket on and a scarf too! Perry looks like a detective at work, especially with her glasses on. She seems to be making her way through the airport yet she still manages to look flawless.

Katy Perry married comedian Russell Brand in a ceremony in India back in 2010, although the couple parted ways two years later. While they were married, Brand posted this picture of Perry on his Twitter account. Back then, she did not appear often without any makeup on. Shortly after, the picture was taken down. As it is apparent, her face is free of acne or scars.

In one interview, she mentioned that she used to struggle with breakouts a lot, but she manages to keep them at bay with the help of products.

If you are looking for lovey-dovey couple goals then head over to Orlando Bloom’s Instagram. The actor and husband of Perry often posts cute pictures of them together that would make you go ‘aww’.

A couple that travels together stays together. That seems to be true for Perry and Bloom as they enjoyed a getaway together. Bloom posted a ton of pictures from the trip but one that caught our eyes was the selfie with Perry without a speckle of makeup in sight!

Perry has certainly experimented with her looks over the years. In this picture, she is sporting neck-length black hair. 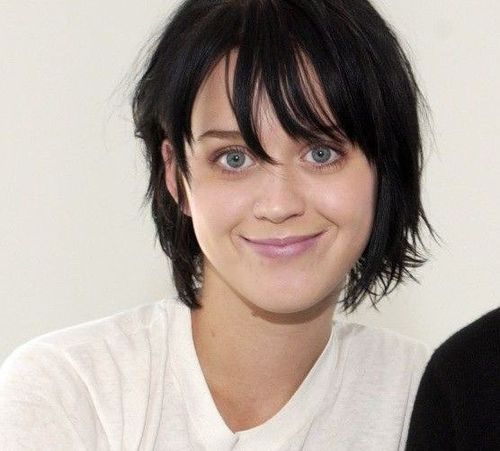 She is wearing a white t-shirt and looking straight into the camera. Even though she has no makeup on, her confidence and beautiful smile more than make up for it.  We wish she chose the makeup-free look more often.

Orlando Bloom and Katy Perry have been together since 2016 and even have a daughter together. The couple often post selfies together.

Bloom posted one such beautiful picture of the couple celebrating Perry’s birthday as he looked fondly at her. The candle light reflected off of Perry’s natural face as she stared at the cake in front of her.

Bloom captioned the picture “We do life we do love and it’s fun. I’ll celebrate you today and everyday. 🎂🥳✨I love you. ❤️ ❤️ ❤️”

Perry posted a video with her friend promoting the “very fresh and soothing” hydrogen mist launch. She sprayed it on her makeup-free face.

In the caption of the video, she wrote it was the first time that she did yoga since she got pregnant and that it felt great.

Everyone has their special way of ringing in the new year. Some like to go out and party while others like to recharge at home. Bloom and Perry seem to enjoy wearing wigs!

Bloom posted a selfie with his wife on Instagram. Both of them were wearing blonde wigs. A sleepy, no-makeup Perry threw up the peace sign while Bloom looked into the camera. He captioned the picture “Hello 2021”.

Katy Perry looks as stunning as ever. All these years of touring and working in the glamorous industry have not affected the singer’s skin at all. We wish we got to see more of her without makeup.

Nevertheless, Perry does seem confident and comfortable in the limited pictures that are available of her without any makeup on.

Perry has been open about using products like Proactiv cleanser to fix her acne problem. She said that she had been using it for over 10 years now. But that is not the only product she uses. She has a whole regime with cleansing oil in it too.

However, she also insisted on the importance of eating good food for good skin.