Bebe Rexha is a 32-year-old American singer and songwriter. Her real name is Bleta Rexha. She got signed by the Warner Bros in 2013 and received credits for writing Eminem’s song The Monster. She has also contributed to a bunch of other songs for singers like Nick Jonas, Selena Gomez, etc.

Singles off of her extended debut play in 2015 saw commercial success that brought Bebe Rexha to the scene as a singer. Her hit singles included I Can’t Stop Drinking About You and I’m Gonna Show You Crazy. Other popular songs include I’m a Mess, Meant to Be, Hey Mama, etc.

Being pushed into the limelight is a dream many people have. Once you get fame and people’s attention, you want to do everything you can to appear pretty and nice. One of the ways to do that is to have makeup on as you can get clicked anywhere.

Although Bebe Rexha likes to post pictures with makeup on, she does not shy away from letting the world see her in her natural skin. She often posed pictures of herself with no makeup on and the fans love it!

Here are 10 instances where she was seen with no makeup on.

There is nothing better than getting into bed after a tiring day for a quick snooze. Bebe Rexha posted this smokey picture of herself lying in bed. 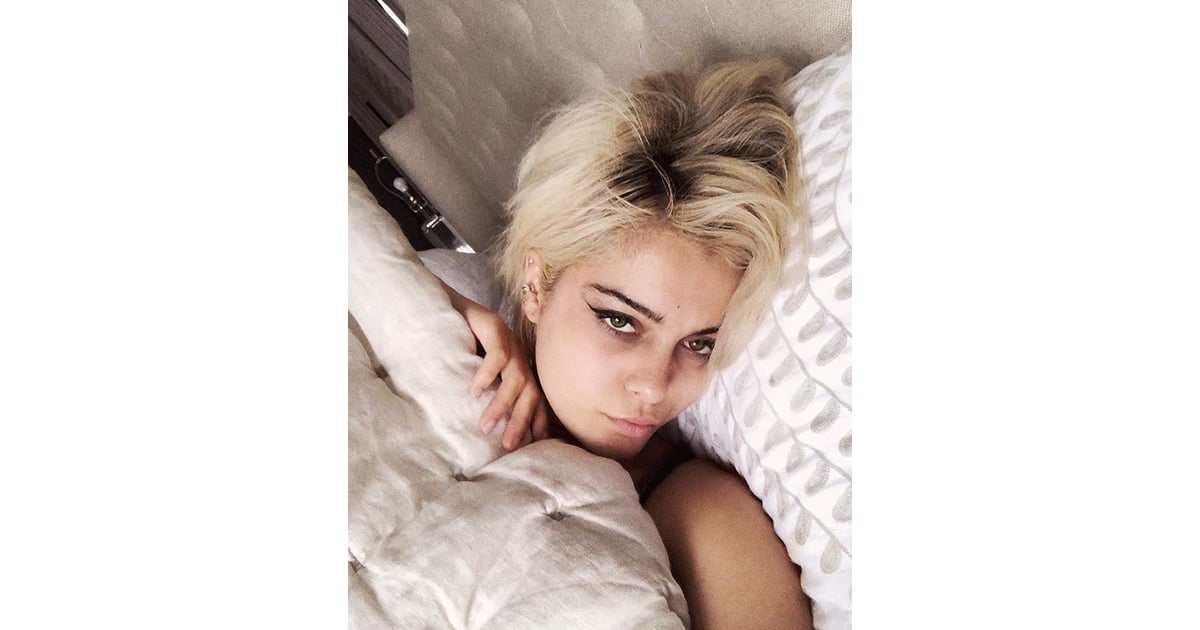 Her blond hair is a mess and she just seems to have eyeliner on. She looks seductively into the camera as she holds the blanket over her with one hand.

It is so relaxing to have a day off in the sun, Bebe Rexha seems to agree! She took to Instagram to share pictures of herself in a bikini with no makeup on! 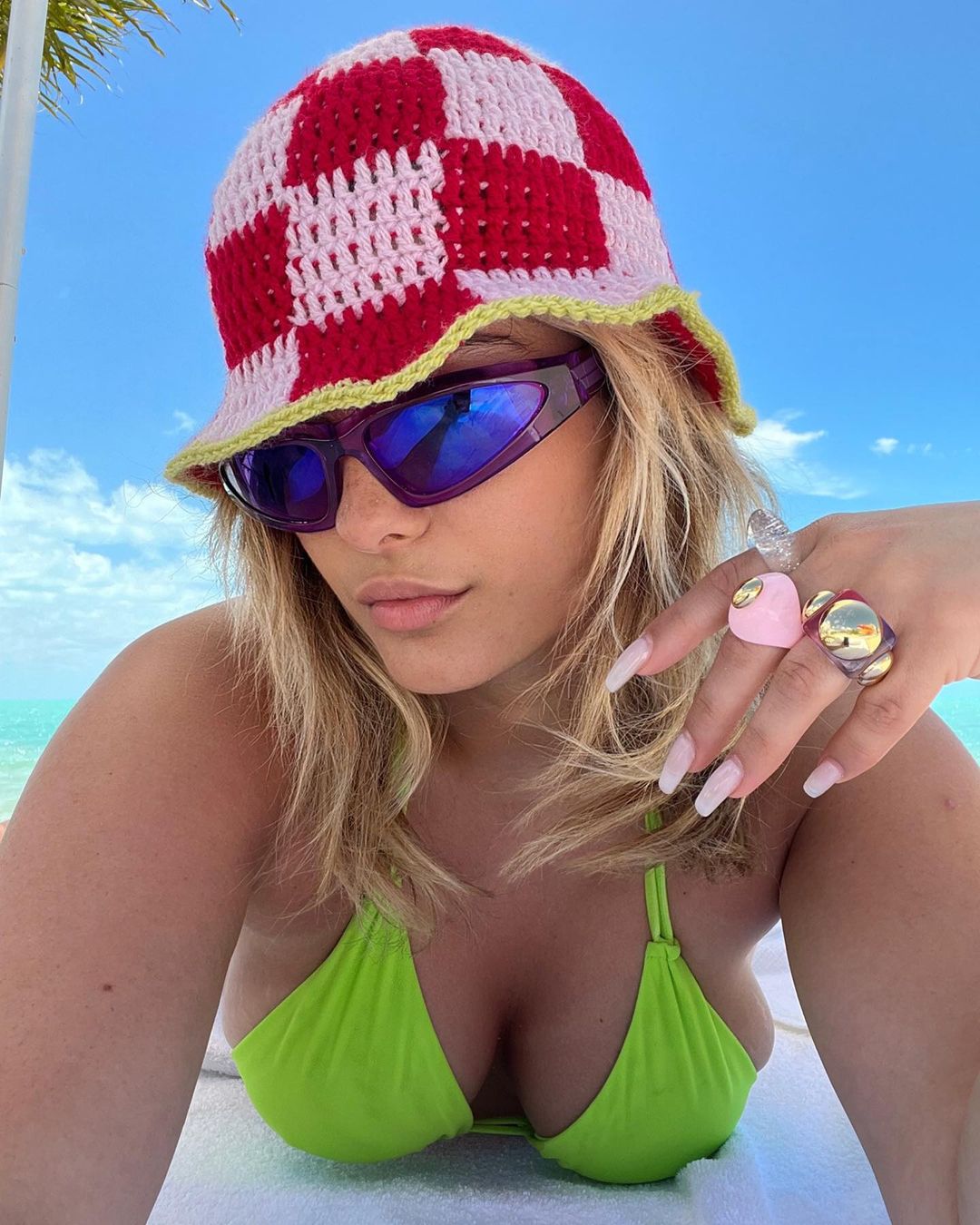 She wore a lime green swimsuit and a bucket hat as she posted pictures of her natural skin in different postures.

Although it takes confidence to step out into the world without any makeup on, it takes so much more courage to brag about it to the world. 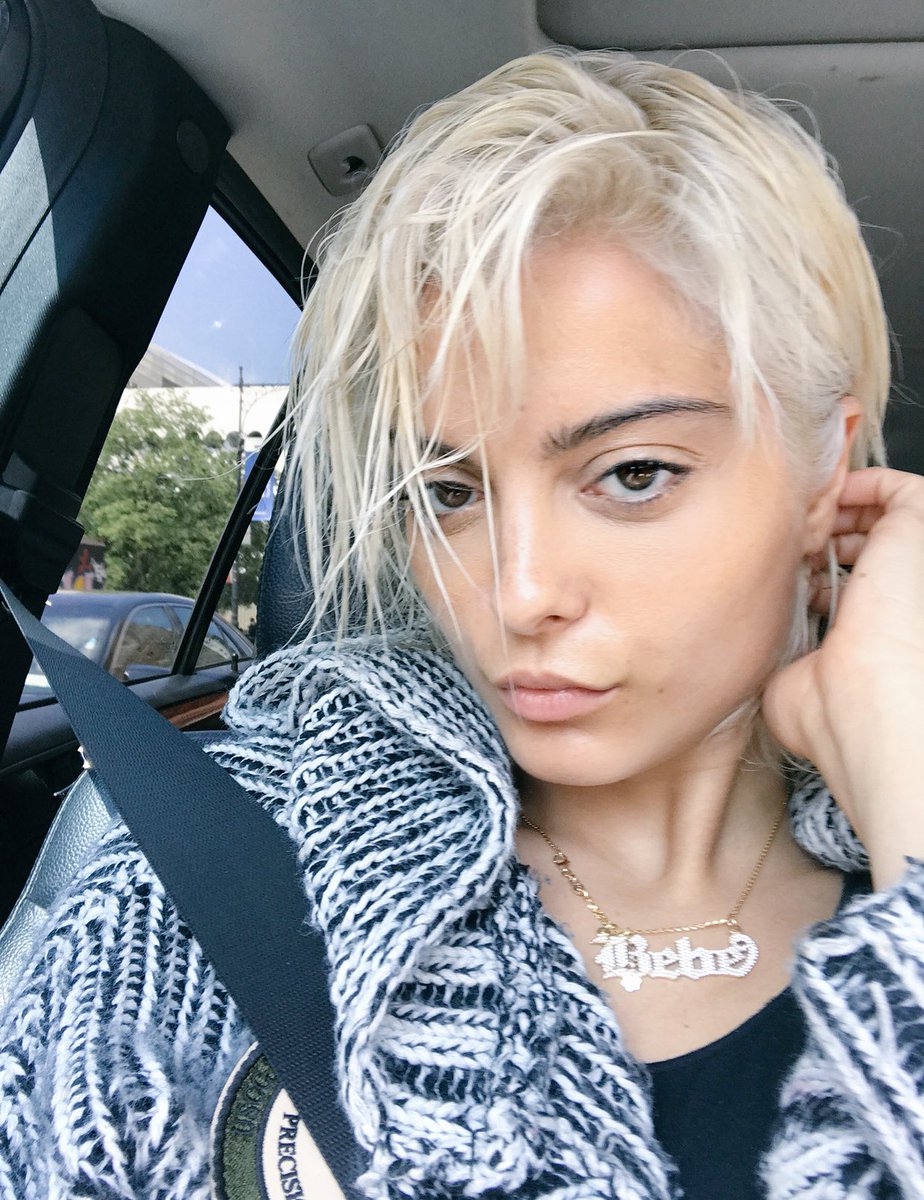 Bebe Rexha tweeted a selfie and titled it “Me right now. No makeup don’t f***ing care.” She posed for the selfie in a car and looked flawless!

Recording studios are like second homes for singers. Bebe Rexha let her fans know that she is hard at work at the studio. 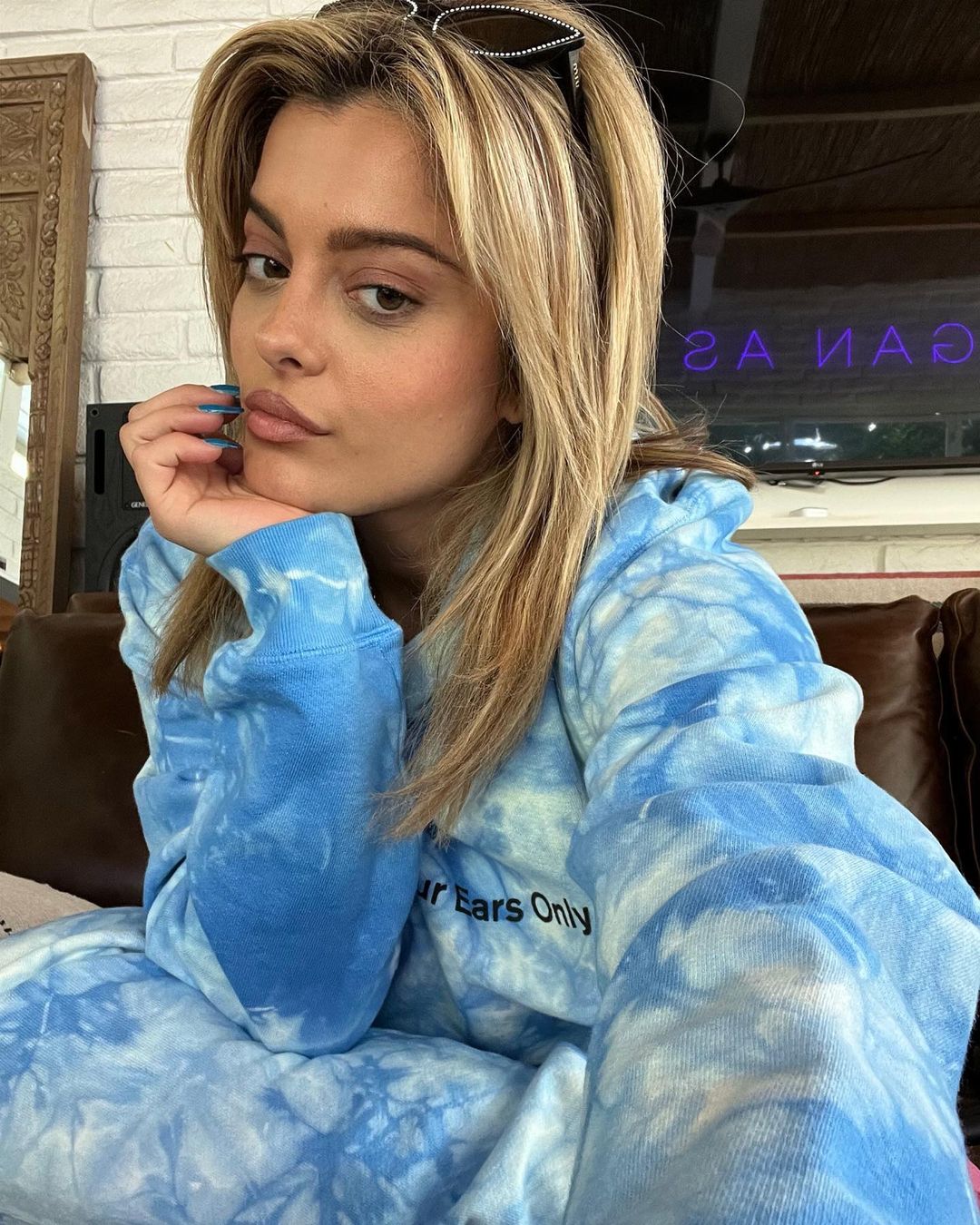 Working hard does not mean that you cannot dress comfortably. She wore a comfortable tie-dye hoodie and pajama. For that glamorous touch, she had a shiny pair of sunglasses tucked in her hair. Bebe Rexha had no makeup on and she looked like she was in her element!

Bebe Rexha posted yet another group of pictures to let her fans know that she is working on new music. 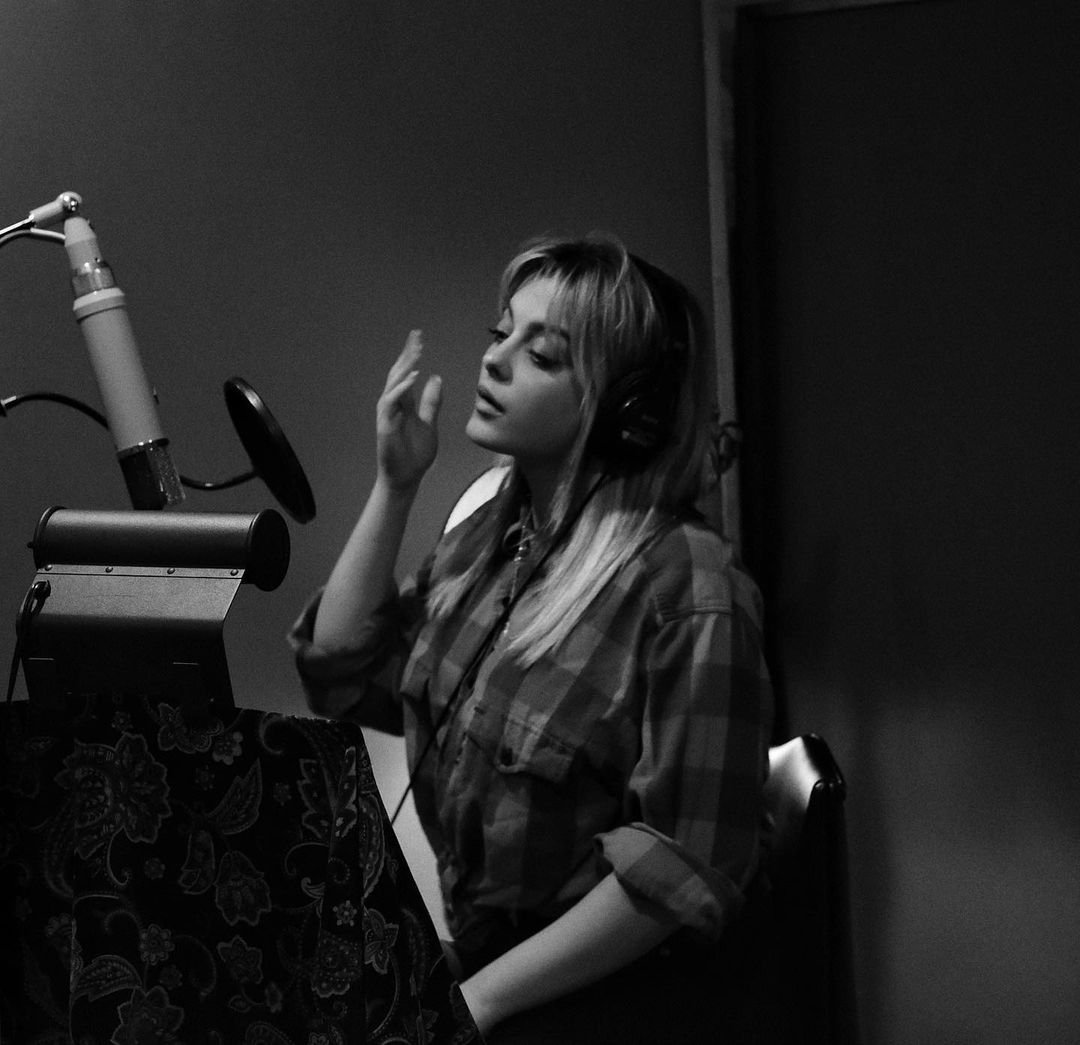 The pictures were all in black and white and color pictures. She wore a baggy shirt and her hair was open. She captioned the picture “ I’m just a studio h*e in the studi-h*e.”

One thing we can all learn from Bebe Rexha is to never hide our true selves. She took to Twitter to share a video titled “Me right now.”

The makeup-free diva posted a close-up video of herself while music blared in the background.

Fans rushed to compliment her natural look with one of them commenting “ur so beautiful haha”. Another fan simply comprised her feelings for Bebe Rexha by commenting “Gorgeous”.

Bebe Rexha treated her fans to an exclusive picture of her with her best friend Chipwhich. 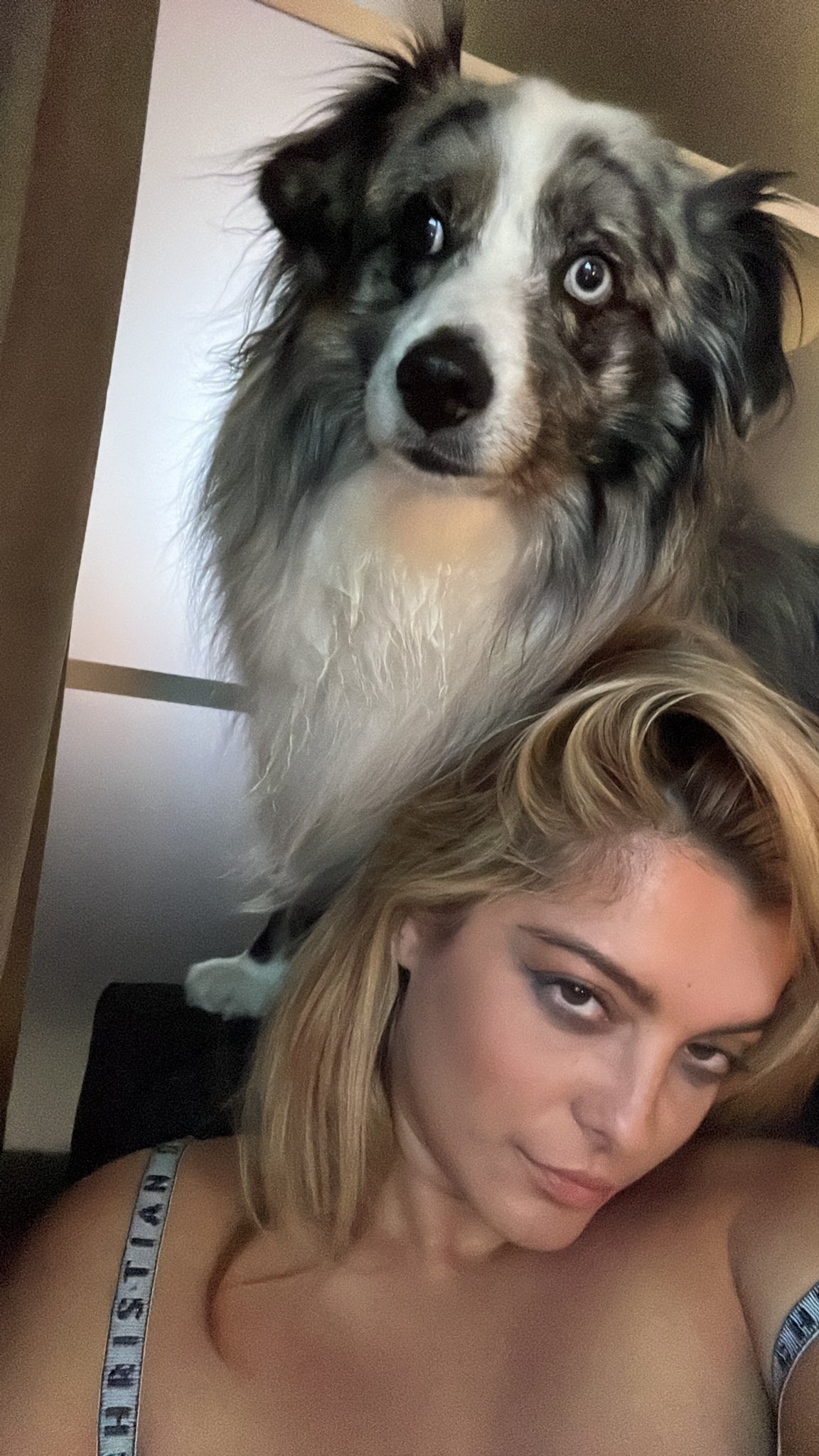 The beautiful dog looked into the camera as Bebe Rexha clicked the selfie. Her smokey eyes pierced through. It was a close competition on who won the most hearts although we vote for Chipwhich!

Who needs a beach when you have a private pool? The Take Me Home singer posted a video of herself chilling by the pool. Keeping the tradition alive, she captioned it in her classic “Me right now. Hair is a mess. And so dark”.

Me right now. Hair is a mess. And so dark. pic.twitter.com/IHsx9OvroW

In the short video, she showed the pool and then closed in on her face as she tried to end the video. She was wearing big shades but didn’t have any makeup on. Judging by how bright the sun was, fans sure hoped she had some sunscreen on her!

Throwback pictures are fun, especially when they remind you of good times! Bebe Rexha posted a picture of her and G-Eazy along with another guy on Twitter. 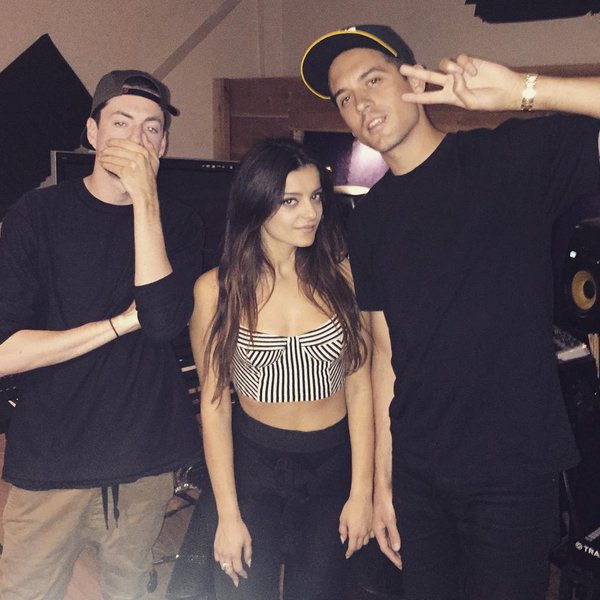 She captioned the picture “Miss those days”. Her song with G-Eazy titled Me, Myself, and I exposed her to the mainstream media. That song is where most people came to know about her. Bebe Rexha looked young in the picture, she also had a different style back then.

Bebe Rexha certainly likes to chill with no makeup on and she is certainly able to pull off that look! 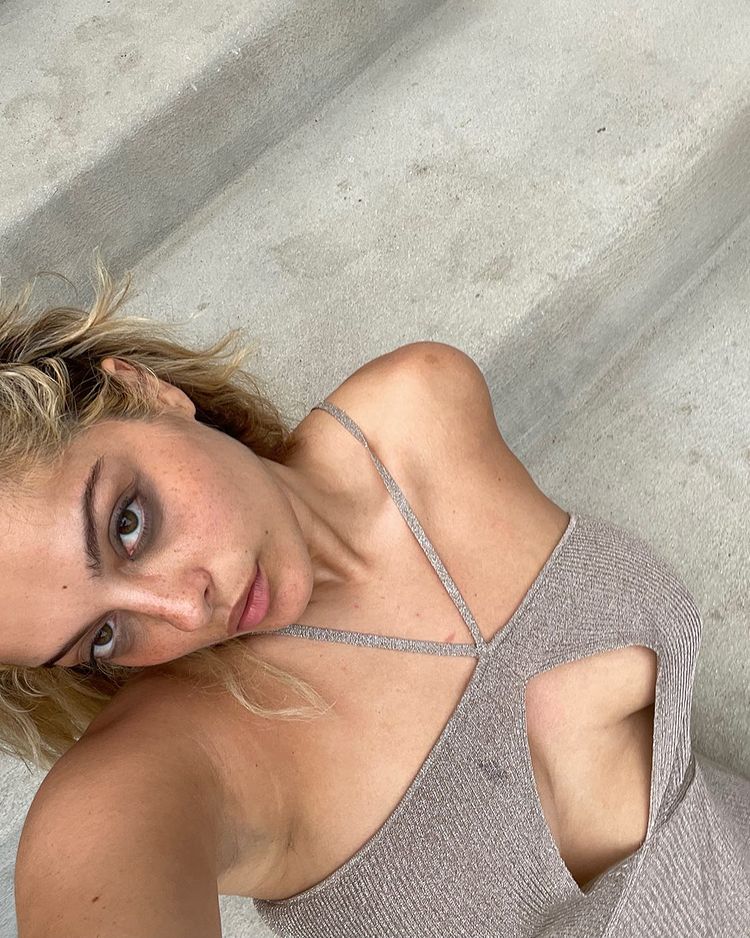 She posted a selfie on her Instagram and titled it “let my freckles out” as she stared seductively into the camera. That picture got close to half a million likes as she posed on the stairs.

The 32-year-old dropped her second album Better Mistakes earlier in May. It has a bunch of guest collaborations with artists like Lil Uzi Vert, Doja Cat, Travis Barker, Rick Ross, etc.

Although the album got positive responses critically, it did not do well with the masses. It charted below her first album at 140 on the US Billboards 200. In Canada, it debuted at number 57 on the Billboard Canadian Albums.

However, she is not letting the negativity get to her. Bebe Rexha is hard at work promoting her music through her social media.