Fashion Nova is becoming popular by leaps and bounds. It is originally a US-based store and happens to be one of the leading names, delivering its product worldwide. It is known for its clothing designs and trends. Fashion Nova is, in fact, a trendsetter. 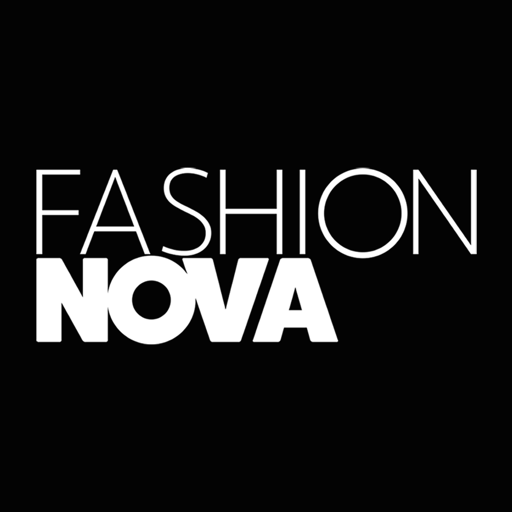 Within a few years of its establishment, the store reached a valuation of $12.5 million. When asked about the secret of this grand success, the company answered that its market strategy helps them climb such a pinnacle of success. They have a good network of models, social media influencers, and celebrities, using which the brand promotes its product worldwide. The modes of Fashion Nova are attractive and stylish.

Who are the Hottest Fashion Nova Models?

The products of Fashion Nova are majorly marketed on social media platforms like Instagram, where the models showcase their photos in beautiful women’s dresses and swimwear. Want to know the hottest models of the brand? Here are the names.

Born in 1995, Demi Rose started posting pictures on her social media account at the young age of 18 years. Her photos led her to immense popularity, and as a result, an American publicity group approached her. She signed her first modeling contract with the agency.

Over time, Demi has worked with various leading brands like Zoo Magazines, Buts, and FHM. She is one of the most popular online models in Britain and has an immense fan following on Instagram. She has also appeared in music videos.

Cristal Serrano is a native of Los Angeles, California. The model has a high-rise career. She collects her primary earnings from brand deals. She has worked with some sought-after brands like Miss Guided, Sobaro, and Love culture.

Cristal is the richest model in America. She is also a social media star. You can find her on the platforms like TikTok and Instagram. She is represented by LA models.

Tiffany Keller is one of the most well-known names in the modeling industry. The American professional model is represented by Elite Los Angeles. She has worked with many brands, including Salty Mermaid Swimwear, and Fashion Nova. The beautiful lady is also seen at various events and fashion shows, including Miami Swim Week and Maxim Hot 100 Party.

Like other models, Tiffany also entertains a massive fan following on Instagram. She is often seen posing for clothing lines and swimwear.

Kara was born in 1993 and grew up in Houston. She desired to become a fashion model since her very childhood. Her tall height and beautiful figure landed her many modeling careers. She is represented by Elite Models Management.

The female has worked with some top brands, including Guess. She has also been a part of various magazines like Harper’s Bazar, The Fox Network, and FHM. Her Instagram has over 1 million followers.

This Australian model has taken Instagram by storm. She is also active on YouTube. The social media star was born in 1994. She is a very talented model. Besides this, Belle also has a nursing degree.

She was voted the best Instagram Woman by GQ Magazine. The model has worked with several sought-after brands, including Windsor Store, Bondi Boost, and Missy Empire. You can also catch a glimpse of her personal life on her social media platform.

Marilyn was born in 1994 in the Dominican Republic. Her modeling career convinced her to shift to the United States. She had been active on Instagram, and after posting regularly for some time, Milo got recognized by Getlook.com. The recognition increased, and so did her fan following. She has worked with Fashion Nova and got featured in the magazines like Dopeness Magazine and Urban. Her primary source of income is brand deals/endorsements.

She is one of the youngest, yet hottest Fashion Nova models on the list. Daniella, a resident of Los Angeles, is an American model, Instagram influencer, and a TikToker. She has worked with many leading brands and endorsed their products.

At such a young age of 20 years, Daniella Beckerman has successfully established her modeling career. She is represented by two agencies – Elite Los Angeles and Elite Miami. Her net worth extends up to $1.5 million.

Yodit Yemane is an American model, television personality, and social media influencer. She is also one of the celebrated stars of Fashion Nova. The model worked with DEE & LAHNI and Dollhouse London.

She has also appeared in many TV shows and music videos. Born in 1990, Yodit has over 1.2 million followers on her Instagram account. She keeps on publishing modeling and daily activities photos. Catch a glimpse!

Another popular Fashion Nova model on this list is Jossie Ochoa. Jossie hails from America. This model is also a social media influencer and is often found posting videos and photos on the platforms like YouTube and Instagram. She is also a businesswoman.

Jossie has appeared in many fashion shows, including Miami Fashion Week, LA Fashion Week, and LA Swim Week. She won the title of Miss Guatemala US 2014.

The last one on the list is the beautiful Tabria Majors. This American model was born in 1990 in Nashville. Today, she happens to be one of the most successful models of Fashion Nova. Tabria is a globally recognized plus-size model. Her bold attitude made her win many hearts.

She has an immense fan following on social media platforms. She likes to post videos and photos from her daily life and connect with her fans. Tabria has worked with many top brands in her career, including Forever 21, Boohoo, Avenue, Lorallete, Rebdolls, etc. Throughout her college, she had been a focused student. She soon developed an interest in modeling and gained immense popularity. Currently, Tabria is represented by Natural Models LA. She has a net worth of a whopping $1 million.

These fashion models are pretty faces, talented personalities, and stylish women. They have a massive fan following globally. Which of them is your favorite Fashion Nova model? Tell us in the comments below. Keep in touch for more on social media, lifestyle, and other stuff.