Gwyneth Paltrow is a famous American actress and businesswoman. She is the daughter of the famous television producer Bruce Paltrow. The successful actress knew her calling from early on, she started her first part as an actor at the young age of 5 years. 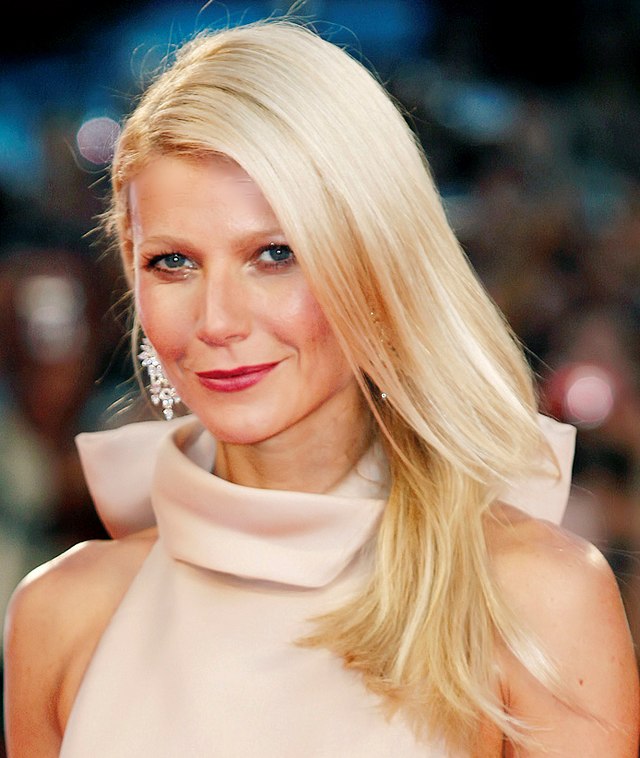 Paltrow’s early films include Steven Spielberg’s Hook where she appeared briefly as Wendy from Peter Pan. That led to other supporting roles. But her role as the lead in Jane Austen’s adaptation of Emma garnered her all the praise she deserved.

Over the years, she has starred in many movies. Some of the interesting ones include her role as Pepper Potts in Iron Man and other related movies (Avengers) and as a recurring member of the cast in Glee. She also runs a successful digital media and e-commerce company beauty line called Goop.

That is not all as she also launched a fashion-line G.Label and has written many books over the years.

Paltrow has many sides to herself yet the 49-year-old mother of two does it all and manages to look stunning while doing it! She’s even spotted makeup-free often! Let’s explore a couple of times that she was seen with no makeup on.

In between many professional commitments, Paltrow took to Instagram to wish her older brother a very happy birthday! 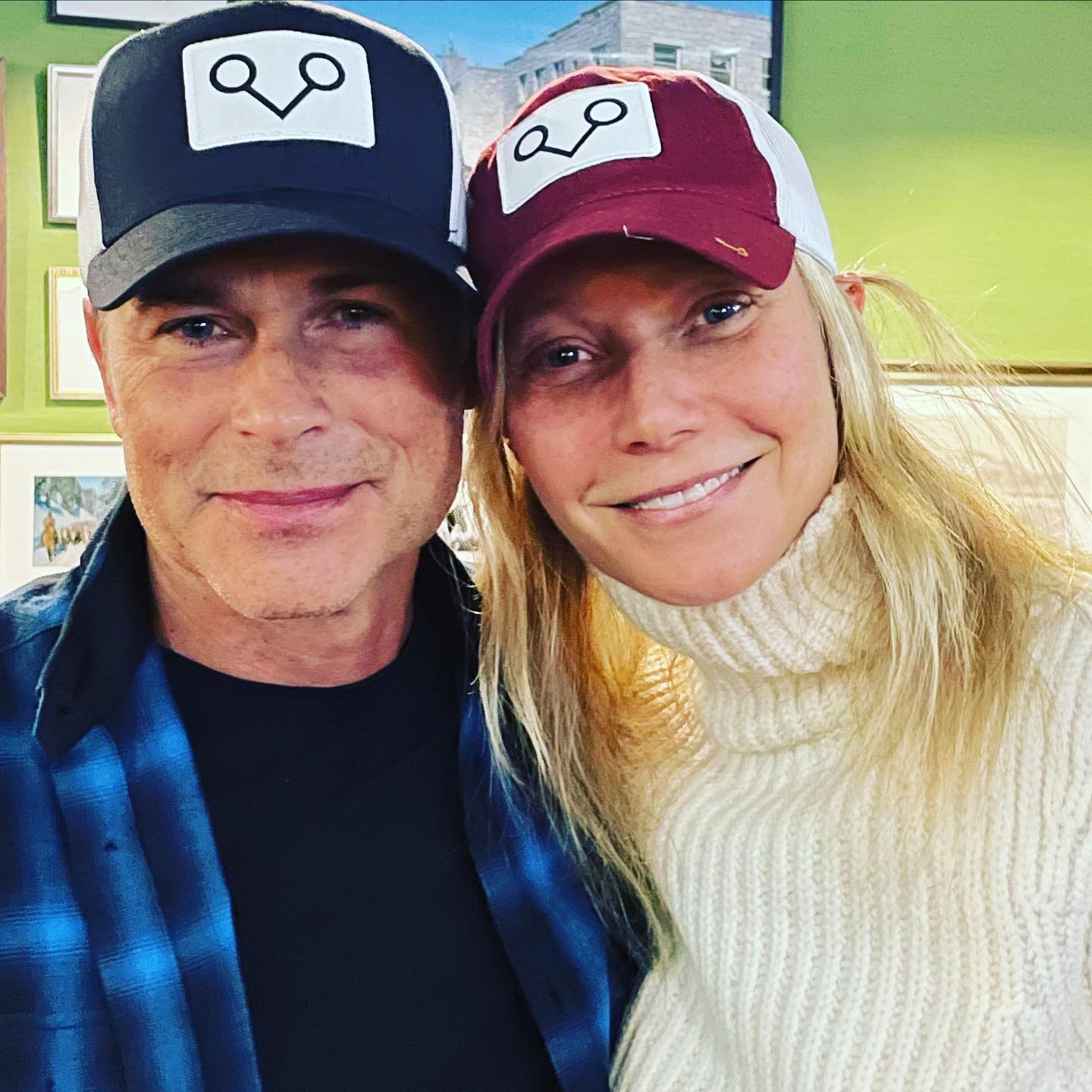 She was rocking the cozy look in a comfortable turtleneck and a hat as she posed with her brother for a selfie!

When you have to juggle acting with running businesses, your mind needs to be in the right frame. Paltrow depends on meditation for that. 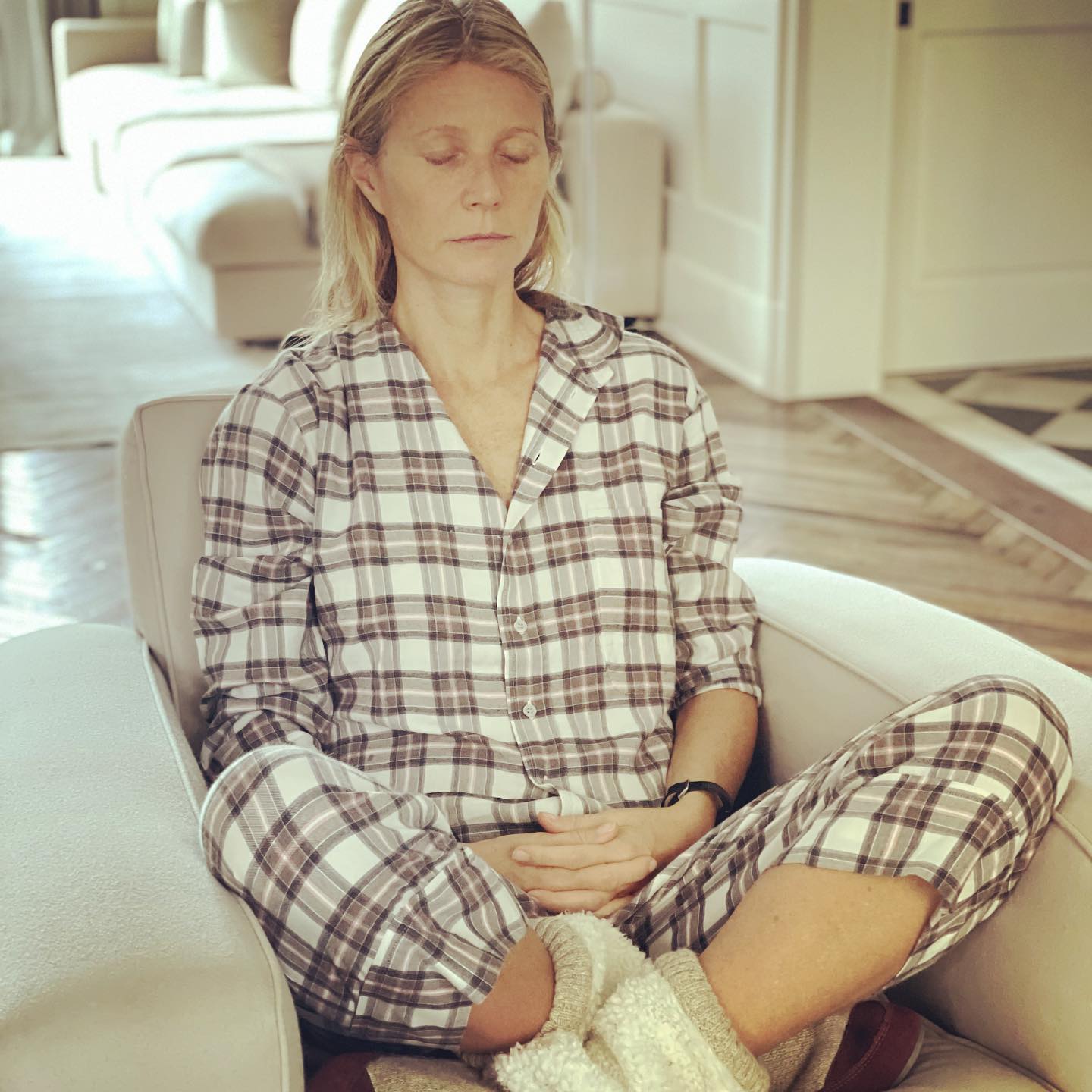 She posted a picture of herself meditating and captioned it “Paparazzi’d while meditating… 🧘🏼‍♀️”. Paltrow was dressed in nightwear and her hair was open as she focused her mind and meditated.

Paltrow shared a heartfelt message full of appreciation for her mother. In the tribute, she also joked about how her mother gets names mixed up. She concluded the sweet message with “I admire so many things about her and today is her birthday. Happy birthday from the bottom of our hearts, your family loves you so much mommy 💝”. 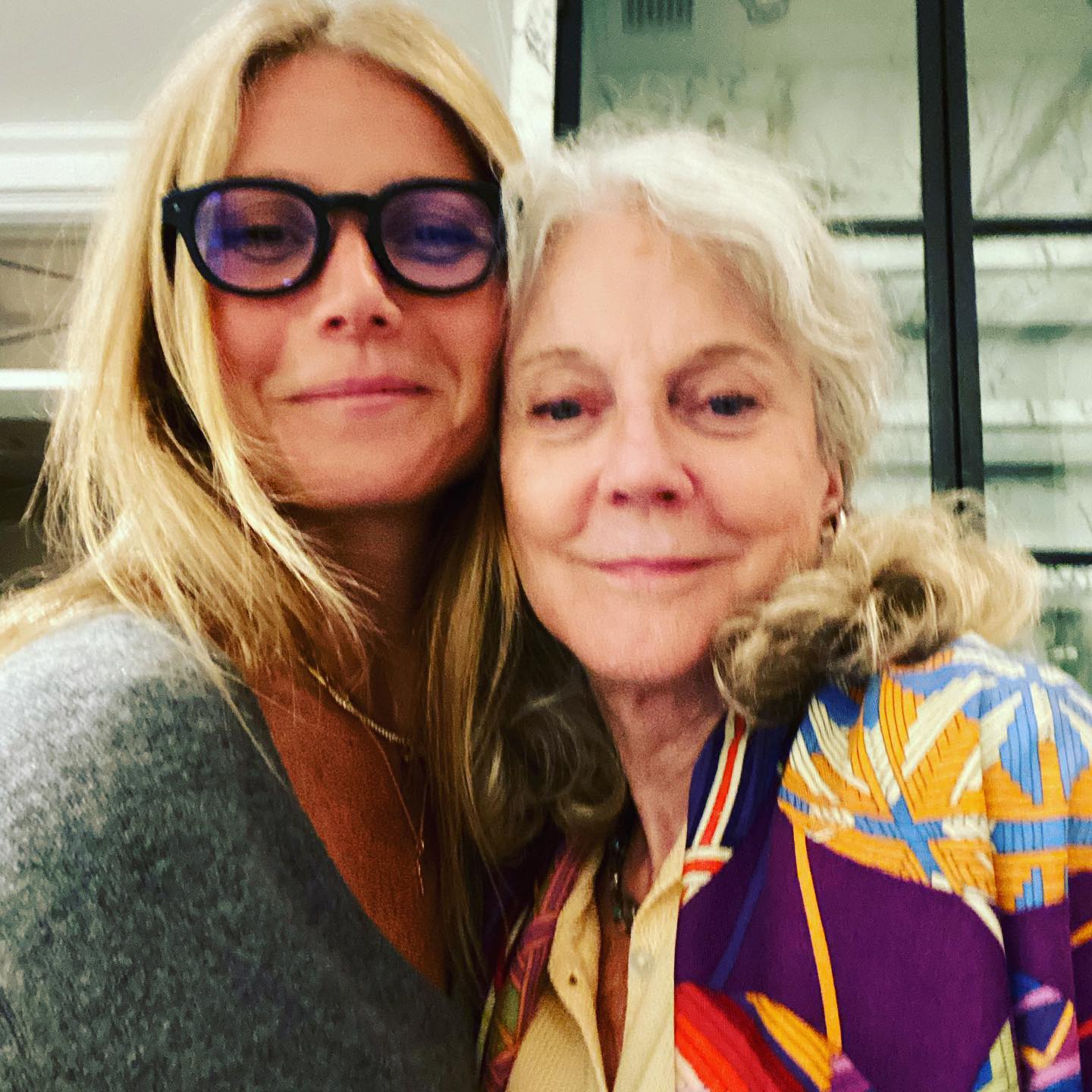 Along with the caption, there was a sweet picture of the mother-daughter duo where Paltrow posed without any makeup on her face and looked as pretty as ever!

Being a successful businesswoman and a known actress takes a lot of hard work! But the good part is that some of the hard work can be done from the comfort of your home, in your sweats! 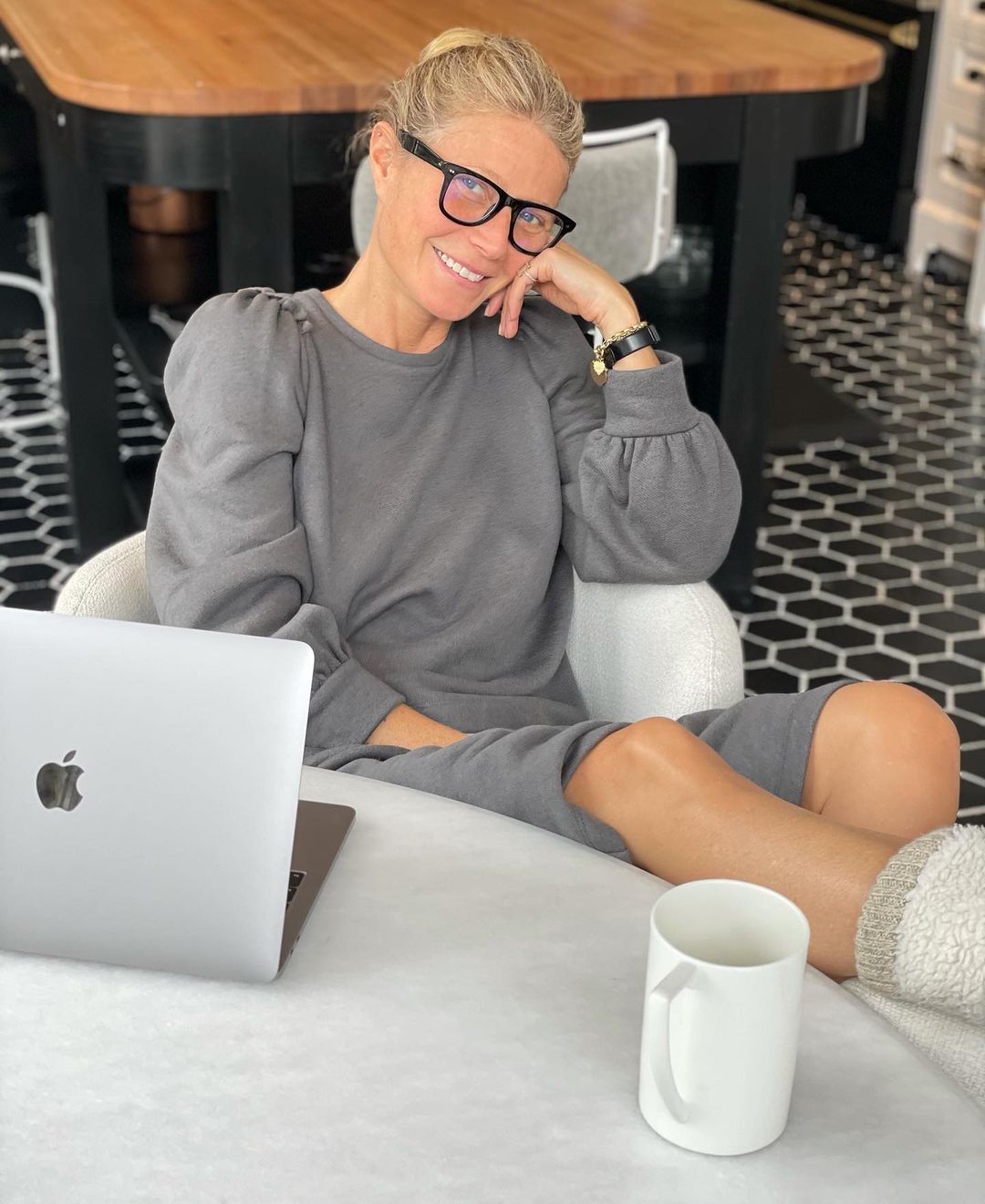 Paltrow shared a picture from a busy Sunday morning where she was working…in sweats! Like a true businesswoman, she shared that the sweats were from her company G. Label, as she smiled and posed in a casual, no makeup look.

Gwyneth Paltrow sure seems to be living the good life. She is also working hard while on what seems to be a yacht! 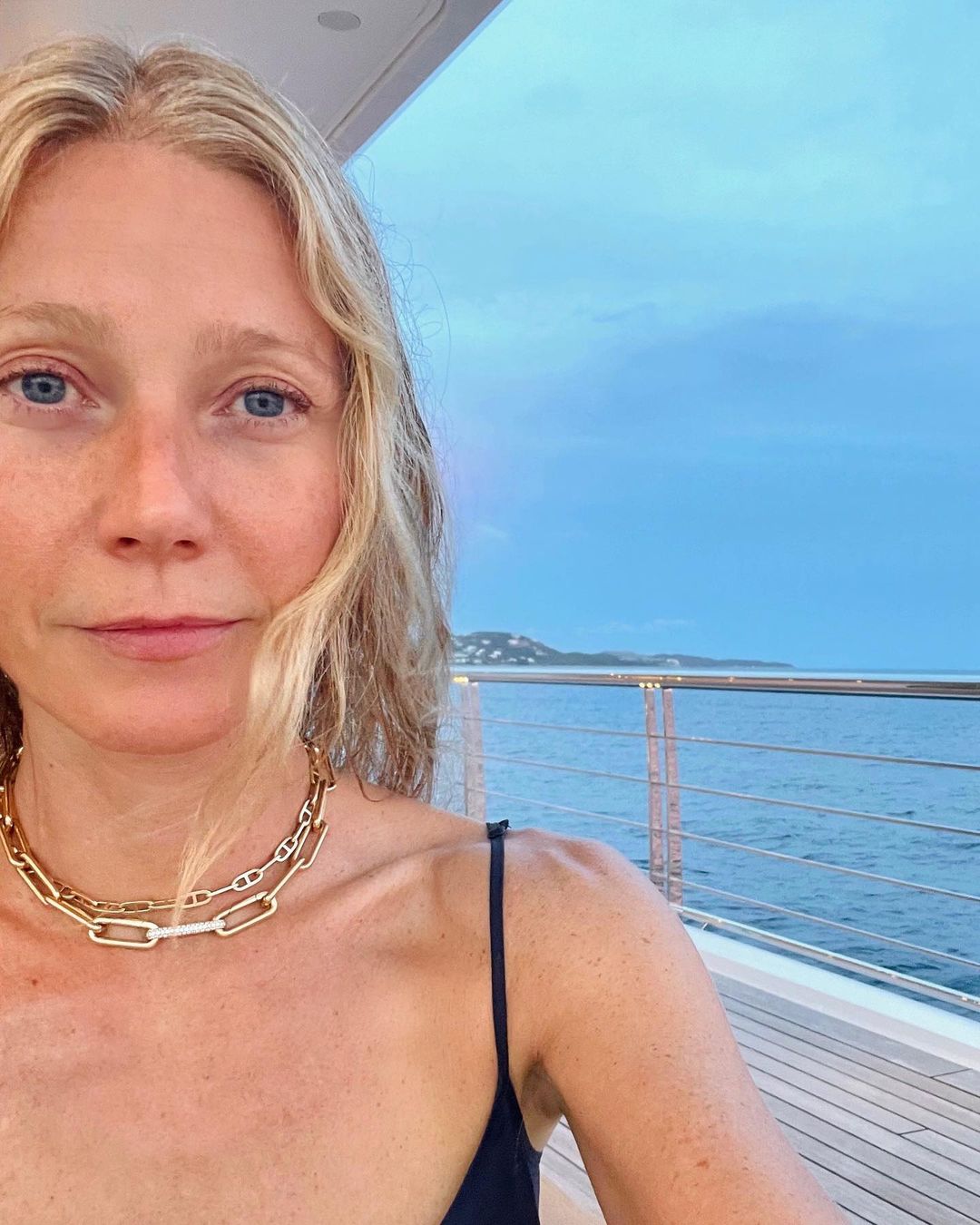 She posted a selfie with clear and glowing skin from the yacht and talked about being a wellbeing advisor to the @celebritycruises. She announced how her company Goop would be hosting workshops on a cruise.

Paltrow took to Instagram to share good wishes for Amy Griffin’s birthday. Both of them smiled in the selfie, there was no makeup in sight! Paltrow called Griffin “one of the true greats”. 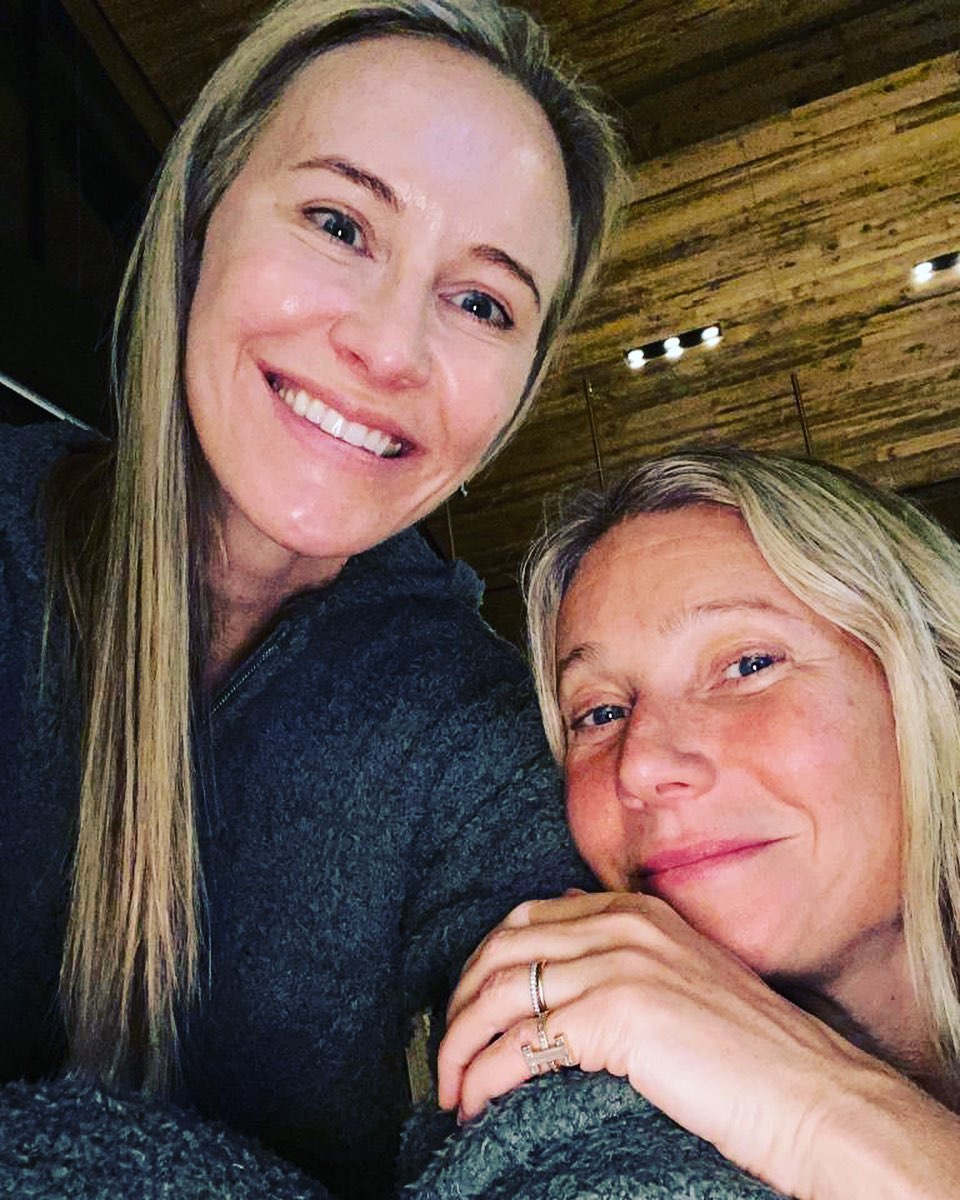 One user commented, “Thank you for being totally natural in this photo.”

Pictures taken when the sun is shining on your face are the best ones! But they are even better if you have clear skin! 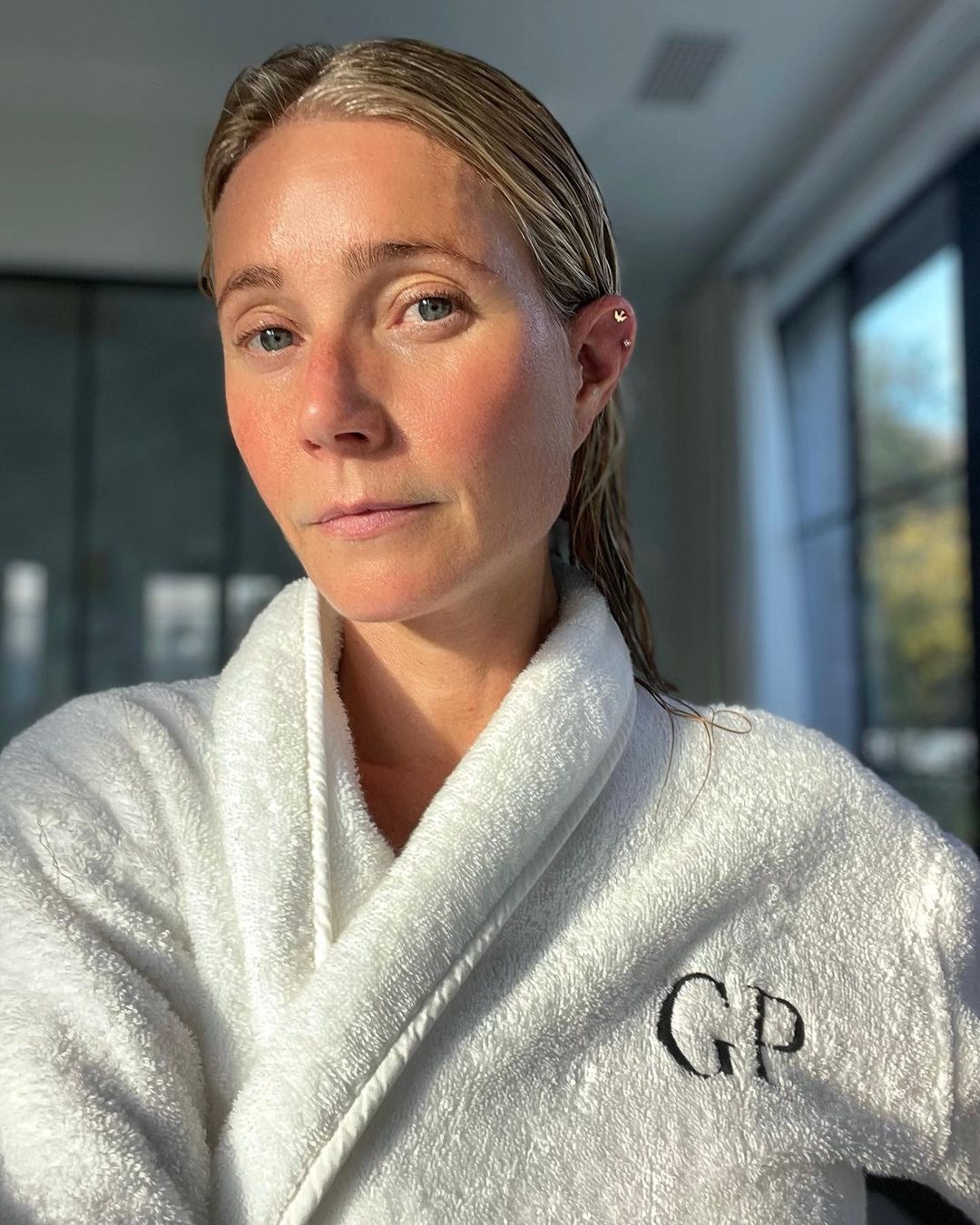 Paltrow shared a sun-kissed selfie on Instagram. She seemed to have just taken a bath and was wearing a robe with her initials on it. The post introduced her new exfoliating jelly cleanser but people could not stop raving about how good her skin was!

We are always in pursuit of happiness, whether we are working hard or just relaxing. But happiness is a state of mind and Gwyneth Paltrow seems to have attained it!

She posted a selfie where she was chilling under the sun in an open field! Her hair was tied back neatly while the sun peaked through from one side of her face. Her clear skin shined through without any makeup in sight!

Voting is one of the basic rights that every individual indulges in. It is known for celebrities to often encourage their followers to cast their vote. 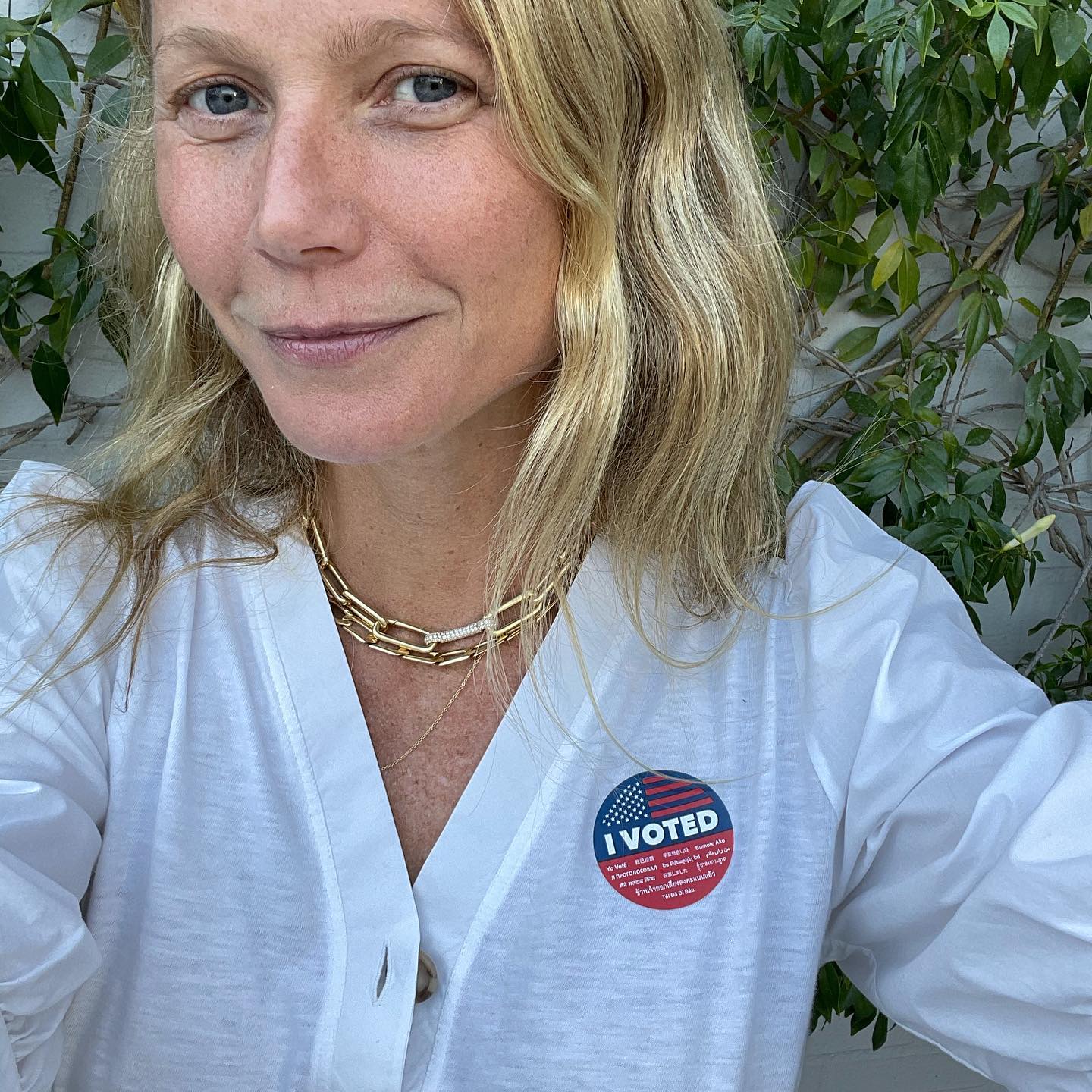 Paltrow posted a selfie with an ‘I Voted’ sticker on her shirt, which meant that she had just come back after voting. She smiled in the picture as her white shirt set the perfect tone for the picture. Her face was free of any makeup and she looked gorgeous!

Paltrow posted a picture where she was wearing a skirt on top of a shirt and standing there awkwardly. Her hair was open and messy and she didn’t have makeup on her face or shoes on her feet. 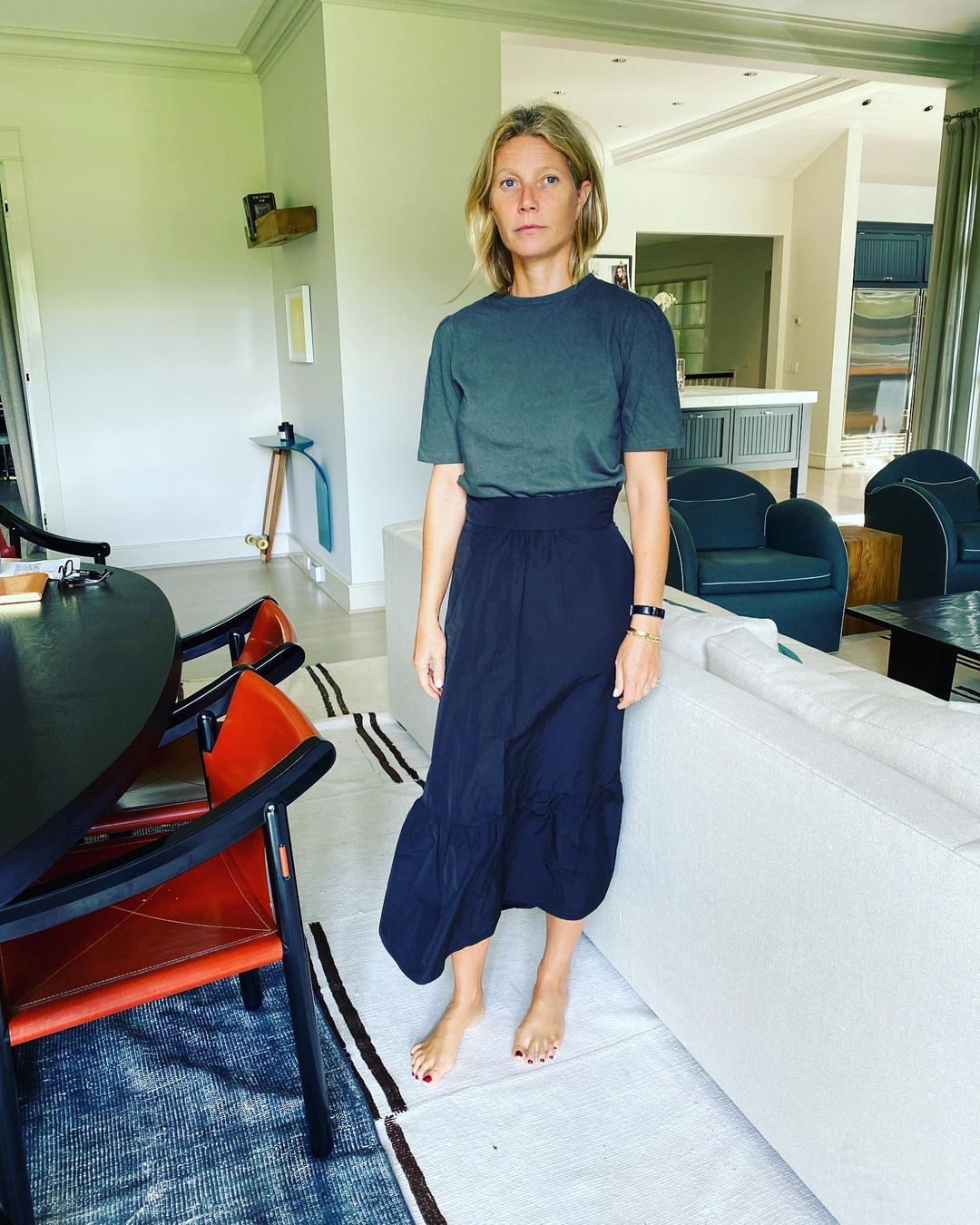 But the caption explained everything! She wrote “Home in a skirt for no real reason other than it’s new #glabel @goop”.

While some people, especially in the glamour industry might be intimidated by the idea of having no makeup on, Paltrow seems to enjoy it more. Most of the pictures of her on her Instagram do not have any sign of makeup.

“I’ve never been a makeup person really. I always love not wearing makeup. For me, makeup has always meant that I’m going to work,” she said in an interview. Her beauty-line Goop compliments makeup but focuses on making natural skin glowy and dewy.

She also spoke about being authentic to herself and how it helps others too. She said “The more you know yourself and accept yourself, the more you accept who you are and what you look like wholeheartedly.”

With running several successful companies and brands and having a great acting career, Gwyneth Paltrow is winning in life. She is an inspiration for many women from different walks of life. But above all, through something as simple as being natural, she teaches people to be authentic and self-accepting.