Kirstin Cavallari continues to surprise fans with her fitness goals! The 35-year-old television personality is a total boss lady when it comes to weights. Now, she has crushed 185 lbs trap bar deadlifts, setting a new record for herself. Read on to learn more about her new video, which is all about strength. 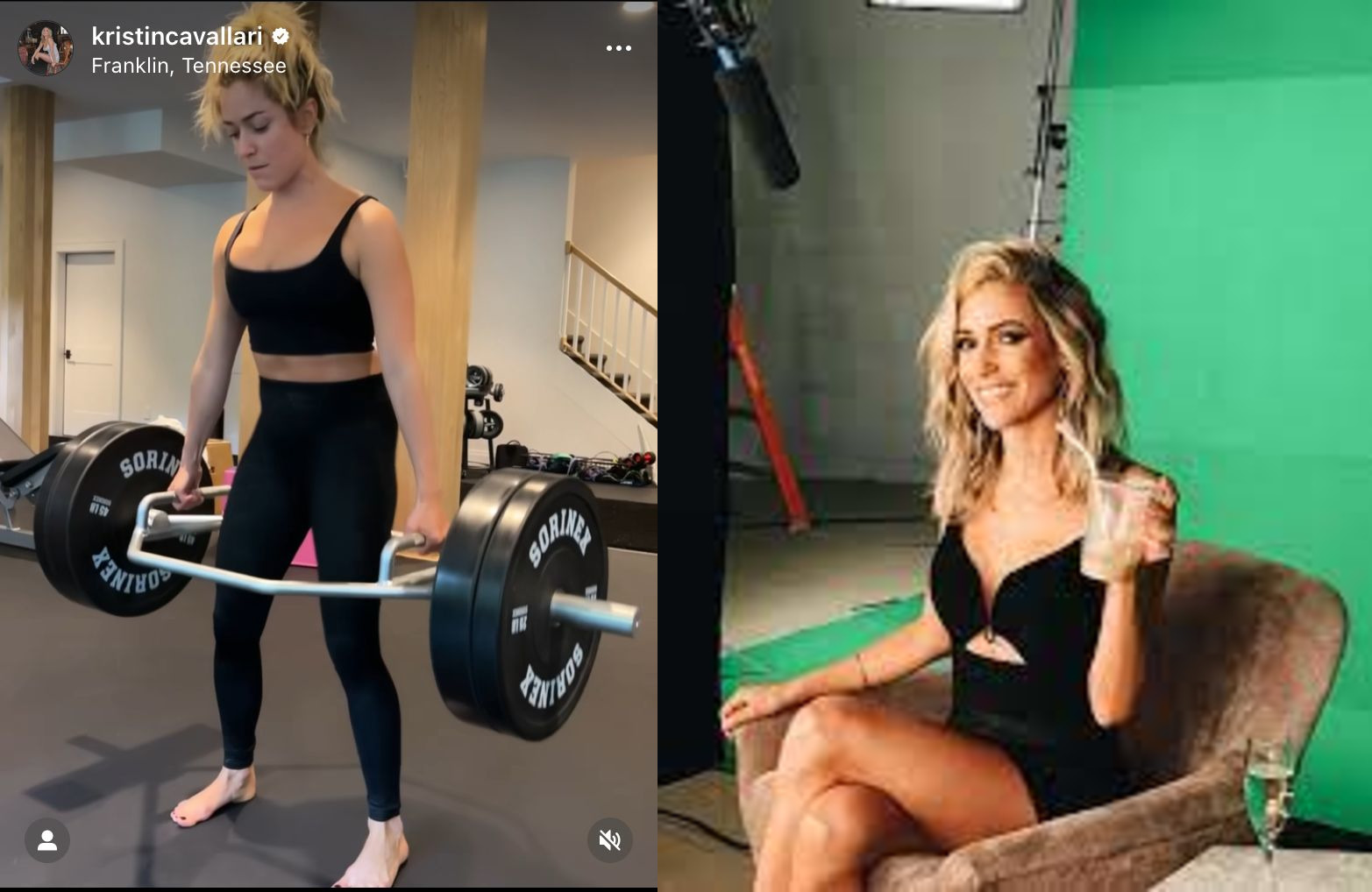 American television personality, reality TV star, fashion entrepreneur, jewellery designer, and best-selling author, Kristin Cavallari is all about fitness goals and she has once again reminded her fans that she is a complete boss lady. In a recently uploaded Instagram video, Kristin has made her fans believe that nothing is impossible for her when it comes to strength. 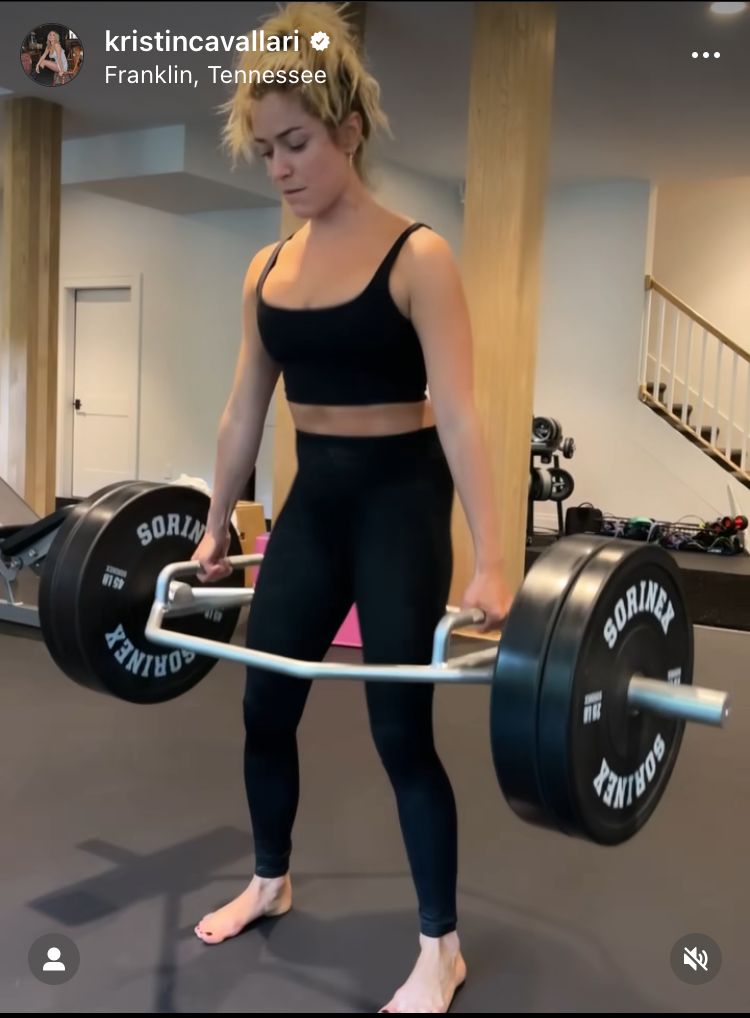 Kristin captioned her Instagram video: 185lbs 💪🏻 new record for me. In the video, Kristin has effortlessly picked up 185 lbs trap bar deadlifts, and guess what! Not just one, she did three reps of them. Well, fans and celebrities are going bonkers over her display of strength. 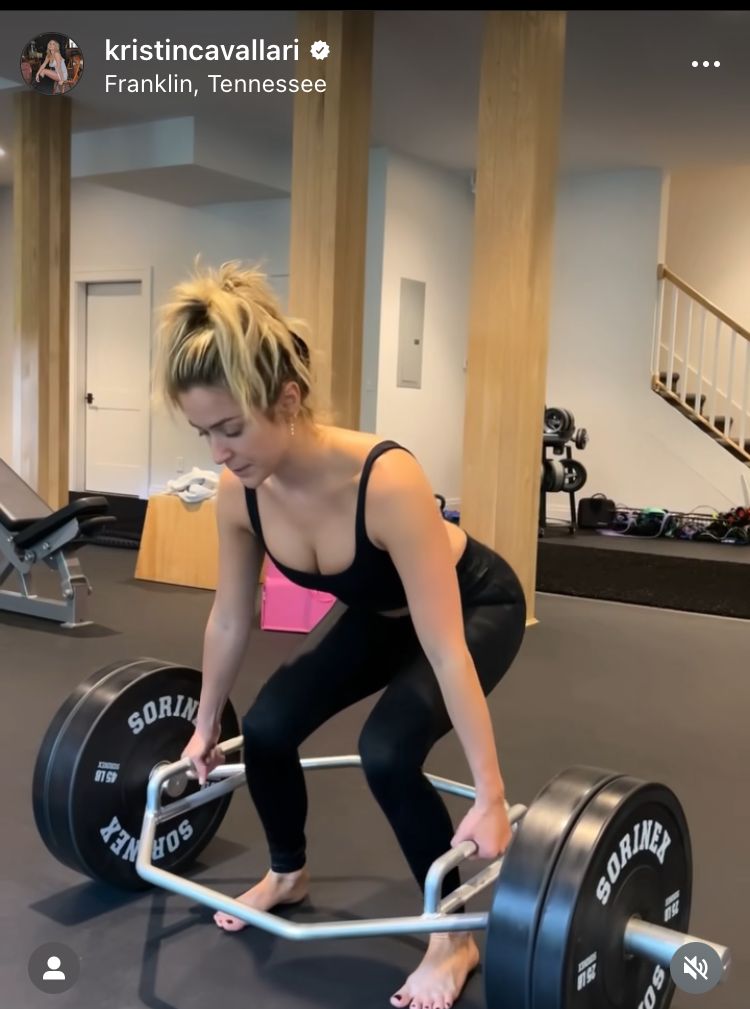 Jack Ketsoyan wrote, “Oh she is not messing around.” Jason Wahler wrote, “That’s more than I can do!” Jason Walsh commented, “Proud of you! Not afraid of strength training, and setting a good example. ❤️” One fan warned, “Girl put your shoes on 😂 that shit hurts.”

Kristin Cavallari has ensured that she’s been super-charging her workouts, and she is wasting zero time showing off her intense muscle gains at the gym. In July, the 35-year-old actress gave a BTS glimpse that shows off just how strong she’s become.

In an Instagram story, the 35-year-old actress was seen getting ready to lift some serious weights at the gym. “Heaviest weight I’ve done,” she wrote, noting that she was working her way through four sets of five reps of trap bar deadlifts, with the bar loaded up at 155 pounds.

You can see Kristin looking all kinds of determined before gripping the bar, standing up straight, bending back down into a squat position, and repeating. In the background, you can hear someone say, “it’s done,” as she gives a little cheer. Kristin FTW!

As for her career, from the moment she first graced the screen on Laguna Beach in 2004, Kristin Cavallari quickly established herself as a reality TV icon. In 2016, Cavallari wrote her first book, the lifestyle-oriented autobiography Balancing in Heels. She has also published two cookbooks, True Roots and True Comfort, with recipes without gluten, dairy or refined sugar, in 2018 and 2020.

As for her personal life, Kristin Cavallari recently spoke in-depth about the couple’s “toxic relationship” with her ex-husband, former Chicago Bears quarterback Jay Cutler. During a recent appearance on the “Call Her Daddy” podcast, Cavallari had the following to say:

“So here’s my only thing because I have three kids with him. I’m very careful about what I say — if you and I don’t have microphones in front of us, I’d f***ing tell you — but that’s their dad and my oldest Googles us now and I just want to be very careful.” From winning titles in the American Cornhole League to extramarital affairs with his friend’s wife, Cutler’s name has been all over the place. But guess what, Kirstin did not let it take a toll on her. She is successful, and gorgeous, and is moving ahead in the strongest ways possible.

Previously, Kristin revealed how she has changed up her routines to incorporate more strength training and is doing some trap bar deadlifts in her latest IG story, which require some serious effort. Now, she has broken her own previous record of 155 pounds, but hey, she isn’t stopping here.

Mallika
I am Mallika Singh, a lawyer and writer by profession. Writing gives me a sense of freedom and independence. I am a keen observer and an ardent reader. When not at work, you can find me at the stable. Horse riding is another passion that keeps me going.
RELATED ARTICLES
Fitness