Fitbit has rolled out the much-awaited Irregular Heart Rhythm feature that lets you detect Atrial Fibrillation accurately after getting a positive nod from the US authorities earlier this month. Learn more about the feature here, and how to activate it in order to keep a check on your heart. 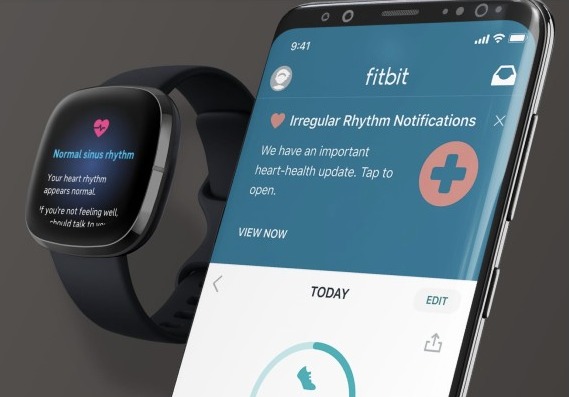 The algorithm lets Fitbit identify signs of AFib early on, so you can have a better conversation with the doctor. Initially, this new Fitbit Irregular Heart Rhythm feature is only available in the United States. It will be available on a number of devices including the Charge series.

AFib is a potentially lethal heart condition if not detected at the right time. This new Fitbit feature will save you from that risk. It will passively keep monitoring your change in blood volume and will send you a notification based on the data.

What is the Irregular Heart Rhythm Feature on Fitbit?

Fitbit has introduced an Irregular Heart Rhythm feature that uses the PPG AFib algorithm to passively assess your heart rhythm in the background when you are staying still or sleeping. If it detects any irregular rhythms suggesting AFib, it will notify you, and you can then seek further diagnosis from your healthcare provider.

Fitbit claims that its new PPG algorithm is over 98% effective at detecting irregular heart rhythms, and has received clearance from the US FDA. One of the most crucial causes it was created was to detect AFib at an early stage, and not let it turn lethal unknowingly.

Hoping this feature makes it to the Pixel Watch! 🤞🏿https://t.co/AoL3nyGY2a

Currently, it is only rolled out in the US, starting from April 26, 2022. The Google-owned company didn’t announce if and when it’ll be available in other regions.

What is Atrial Fibrillation (AFib)?

Atrial Fibrillation or AFib is a heart condition where there is an irregular heart rhythm. It occurs when the upper chambers of the heart beat out of sync with the lower chambers. This significantly increases the risk of blood clots, stroke, and even heart attack.

It is the most common arrhythmia diagnosed in clinical practice. This condition troubles around 2.7 million to 6.1 million people only in the US. According to the estimates, the numbers may rise up to 12.1 million by 2030. 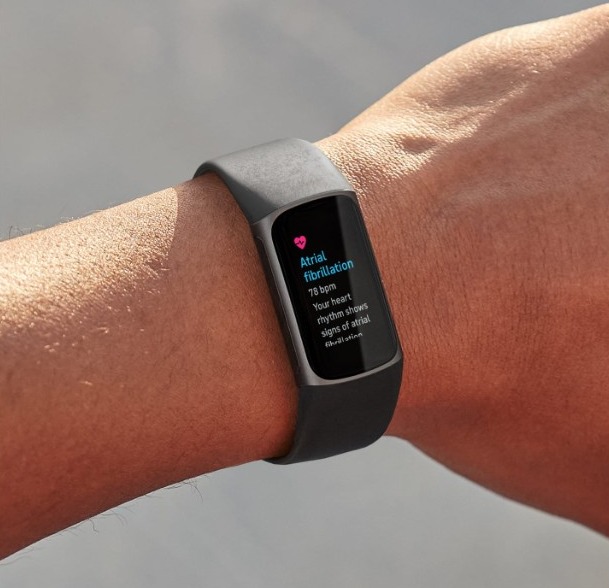 1 in every 4 adults over 40 years of age has a risk of developing it in their lifetime. Fitbit’s new feature to detect AFib at the early stages may turn out to be groundbreaking in the field, and save millions of lives.

How does the Fitbit Irregular Heart Rhythm Feature Work?

Fitbit smartwatches and trackers use built-in optical sensors to detect the pulse of blood that goes to your wrist with every heartbeat. The device collects heart rhythm and motion data to check for signs of AFib. When the Irregular Heart Rhythm feature is turned on, Fitbit collects data in the background while you are still or sleeping.

The date is then analyzed for AFib after syncing with the Fitbit app. When it collects enough pulse rate data, it looks at the beat-to-beat measurements to check for irregularities. These measurements indicate how quickly one heartbeat comes after the other. 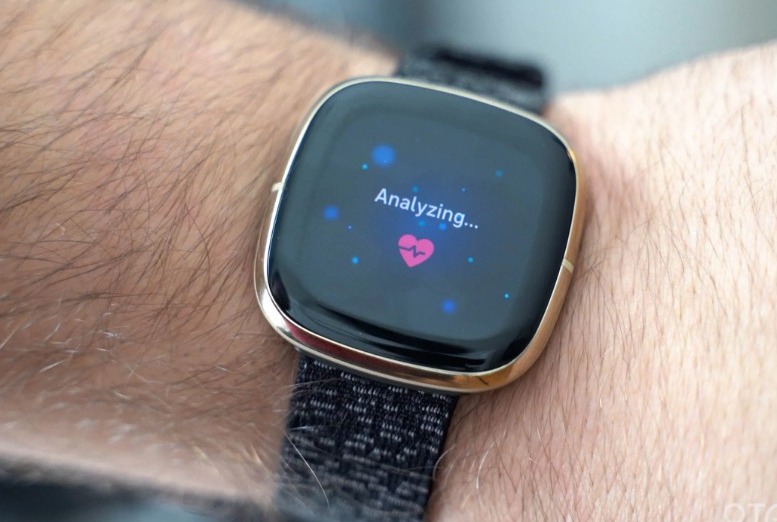 Usually, they are measured in milliseconds (ms) ad converted into beats per minute (bpm). They are relatively predictable and smooth in normal cases. When they significantly increase or decrease in a short period of time, Fitbit detects irregularities and sends you to Irregular Heart Rhythm notification suggesting AFib.

How to Activate Irregular Heart Rhythm Notifications on Fitbit?

You have to manually activate the Irregular Heart Rhythm Notifications on Fitbit to allow the wrist-worn device to passively collect heartbeat irregularities measurement data, analyze it, and inform you about AFib. Follow these steps to learn how to do that: 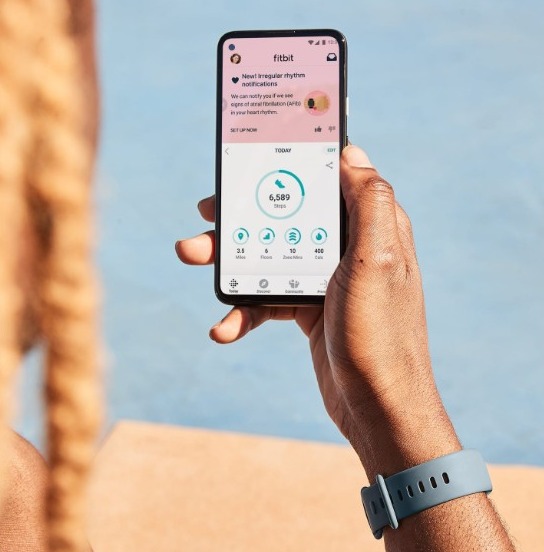 After activating it, Fitbit will capture your pulse rate data to detect AFib while you’re still and wearing the watch or tracker.

You can also use the Irregular Heart Rhythm feature in Fitbit’s ECG app to look for signs of AFib on demand. Just set up the ECG feature in the Fitbit app on your phone and take a heart rhythm assessment.

Which are the supported devices for the feature?

As of now, the Irregular Heart Rhythm feature is available on a select number of Fitbit watches and trackers only in the US. Here are the wrist-worn devices compatible with the new feature: 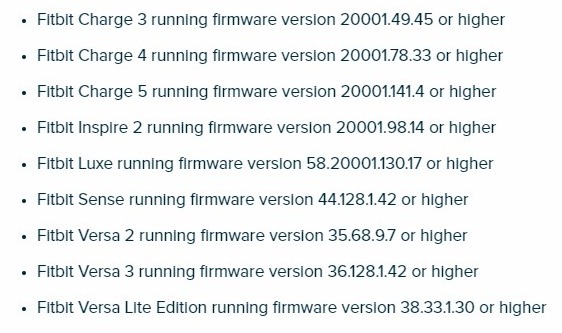 How is this feature different from the Fitbit ECG App?

Fitbit’s Irregular Rhythm Notifications and ECG app are both saviors of your heart. The former collects pulse rate data in the background when you’re still or at rest by analyzing beat-to-beat measurements using optical pulse-rate sensors on your compatible device to identify heart rhythm changes.

If multiple readings show an irregular pulse rate suggesting AFib, you will get a notification. This feature doesn’t analyze in real-time. Whereas, the Fitbit ECG  app uses electrical sensors on the back of the device and on the metal frame around its face to allow you to record the electrical signals from your heartbeat during a 30-second reading. 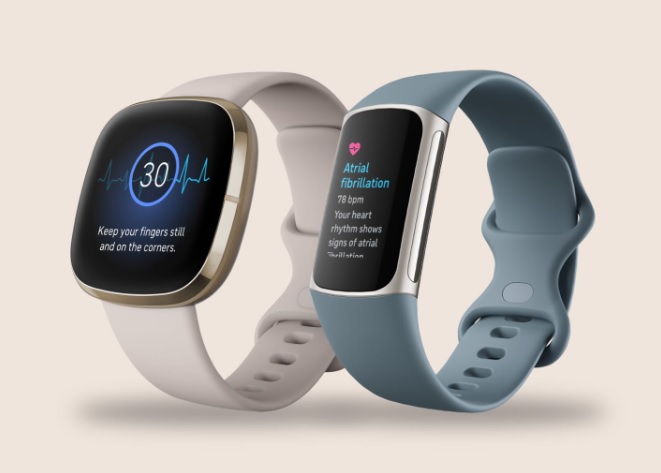 It is qualitatively similar to a Lead I ECG and capable of differentiating between AFib and normal sinus rhythm. It analyzes the recording and presents the results on your watch or tracker.

You can use both the features combinedly to detect any early signs of AFib and other heart abnormalities and connect with a medical professional for further assessment.

What do you think about Fitbit’s new feature? Pour down your opinions in the comments.

Saquib Hashmi
A simple Netizen on a hunt for stories worth sharing. Presenting them here in a spicy form. I hope they offer you value and knowledge.
RELATED ARTICLES
Fitness

12 Foods that Make your Butt Bigger