Multi-millionaire Andrew Tate became the most google person for all the wrong reasons. The former kickboxer and social media influencer has been trending for his misogynistic views. Moreover, the notorious internet celebrity was detained last week (Dec. 29) in Romania on suspicion of human trafficking, rape and for an alleged organized crime group. Here’s all about this controversial figure.

Who Is Andrew Tate?

Andrew Tate is an American-British social media personality, businessman and former professional kickboxer. Tate rose to prominence as an internet celebrity with his website, where he provided paid courses and memberships. Tate is known for his misogynistic comments and had been banned from various social media platforms.

Tate was born in Washington, D.C. to an African-American father Emory Tate, who was a chess international master. Tate was raised in Chicago, Illinois and Goshen, Indiana, and after separation, his British mother brought him to England along with his brother Tristan. Tate enjoyed successful kickboxing and martial arts career between 2005-2013.

Why Is Andrew Tate So Famous?

While there are more than a dozen of reasons why Andrew is the most googled internet celebrity, last week, he created headlines for something extremely astonishing. Andrew Tate and his brother, Tristan, were arrested in Romania along with two other suspects. They were charged with heinous crimes like rape, human trafficking and forming an organized crime group.

Tate boasted about having 33 cars and spoke relentlessly about their “enormous emissions”. He wrote, “Hello @GretaThunberg. I have 33 cars. My Bugatti has a w16 8.0L quad-turbo. My TWO Ferrari 812 competizione have 6.5L v12s. This is just the start. Please provide your email address so I can send a complete list of my car collection and their respective enormous emissions.”

This is just the start.

Please provide your email address so I can send a complete list of my car collection and their respective enormous emissions. pic.twitter.com/ehhOBDQyYU

Greta gave a witty reply to this and asked him to enlighten her. Many Twitter users condemned him for bullying a teenager and mocked him for getting arrested thereafter. One person tweeted, “Andrew Tate trying to bully a teenager on the internet and failing so badly he gave his location away to the police and got arrested is the end-of-year gift we all needed.

However, Tate’s controversies go way back in time. In 2016, he came under scrutiny for the first time during his appearance on the reality show “Big Brother”. Tate was condemned for his homophobic and racist comments on Twitter.

There was even a video where he was seen hitting a woman with a belt. This resulted in kicking him out of the British reality show. Tate, on the other hand, claimed along with the woman, that they were friends and everything was consensual.

Andrew Tate is known for preaching toxic masculinity and is considered as a threat to the younger male population. He refers to his self-help videos as “Tate Speech”, and contains diverse subjects like careers, personal life, mental health and finances. While some offer deeper insights, most of his videos have been condemned by many for targeting younger male audiences and spreading homoeopathic and misogynistic thoughts.

These videos are the reason why Tate was banned from various social media platforms like Instagram, YouTube, Twitter etc. Also known as the “King of Toxic Masculinity”, Tate’s Hustler’s University “students” are known for promoting him heavily on social media and choosing the most controversial subjects to boost his online presence. But again, some of his self-help videos are truly inspiring. I guess Tate’s sportsmanship brings out that version to his audience.

If you aren’t aware, Tate runs a website that offers online training courses on accumulating wealth and “male-female interactions”. Interestingly, he uses a webcam studio where he uses his girlfriends as employees. This business is run jointly with his brother, Tristan and they have employed as many as 75 webcam models to sell “fake sob stories” to male callers. The brothers have made millions of dollars with this business.

He also operates Hustler’s University, a platform where one needs to pay a monthly membership to receive instructions on dropshipping and cryptocurrency trading. In fact, under his “Affiliate Marketing” program, members are paid a commission for recruiting others to the platform.

This was Tate’s year as he encouraged members of Hustler’s University to post extensive videos of him to social media in order to maximise engagement. By August 2022, his website has over 100,000 subscribers.

Apart from this, Andrew also runs a website called CobraTate where he refers to himself as King Cobra. Well, if we keep his controversies aside, the guy has won the ISKA Kickboxing World Championship Crown and is known for his commentary for Real Xtreme Fighting, a Mixed Martial Arts (MMA) promotion company in Romania.

Some of Tate’s tweets have receievd global attention for their extreme level of controversy. In some of his tweets regarding Harvey Weinstein’s sexual abuse cases, he claimed that sexual assault victims share responsibility for their assaults. in 2017, he claimed in one of his tweets that depression “isn’t real”.

Tate also regularly appeared on InfoWars and gained popularity among online far-right circles. In mid-2022, he was being searched more times than both Donald Trump and Covid-19 pandemic. Tate described himself as “absolutely a sexist” and “absolutely a misogynist”.  Some of his views include, statements like women “belong in the home”, that they “can’t drive”, and that they are “given to the man and belong to the man”.

He once claimed that men prefer dating 18-year-olds and 19-year-olds because they are likely to have had sex with fewer men. Several advocacy groups like Hope, not Hate described his social media presence as a “dangerous slip road into the far-right” for his audience”. 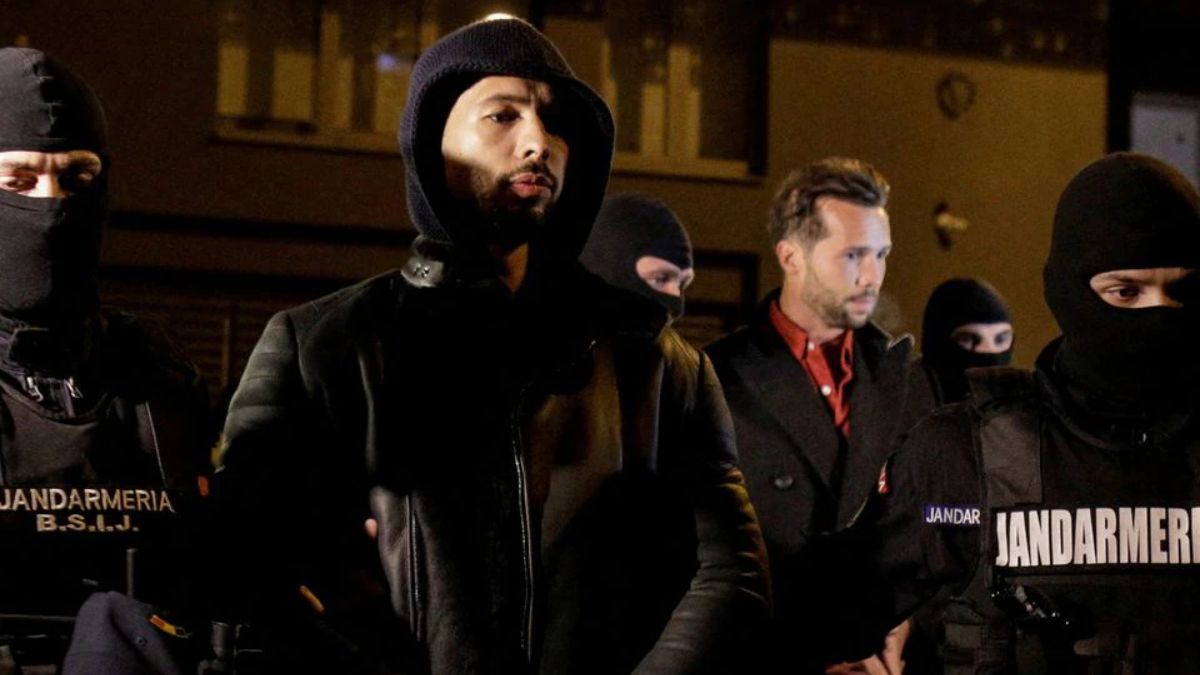 In his defense, Tate claims that many of his videos are dedicated to praising women and aim at teaching his followers to avoid toxic and low-value people s a whole”. He believes that he plays a “comedic character” and people believe “false narratives” about him. Tate’s controversial comments have led to his ban from several social media sites. However, this may not come as a shock to you all that his Twitter account was unbanned after Elon Musk took over Twitter.

Before being banned from several of his social media accounts, Andrew Tate boasted 4 million Twitter followers, 4.7 million Instagram followers, and 768,000 YouTube subscribers. Apart from this, videos tagged with his name have even been viewed billions of times.  Considering his ongoing controversies, he’s a dangerous internet idol for the younger generation. What do you think?