Benjamin Géza Affleck popularly known as Ben Affleck is a Hollywood actor who has been in the spotlight for his personal life as well as professional life. Earlier this year, he secretly tied the knot with the Ain’t Your Mama singer Jennifer Lopez in Las Vegas on July 16.

Soon after, Ben and Lopez celebrated their wedding with a second lavish ceremony that was held in Ben Affleck’s sprawling Georgia estate. For those of you who are unaware, let us tell you, before getting married to the Jenny from the Block crooner, Ben was married to the 13 Going on 30 star Jennifer Garner. Here’s everything you need to know about Violet Affleck

Violet Affleck is the eldest daughter of the Deep Water actor Ben Affleck and his ex-wife, Jennifer Garner. The former pair welcomed their first child together, daughter Violet Affleck on December 1, 2005.

We must say, the teenager is the spitting image of her gorgeous mother Jennifer Garner. In 2019, a close source told In Touch Weekly, Violet even shares “similar personality traits, too, like their passion for cooking.” The insider went on to say that she is “a real mommy’s girl.” 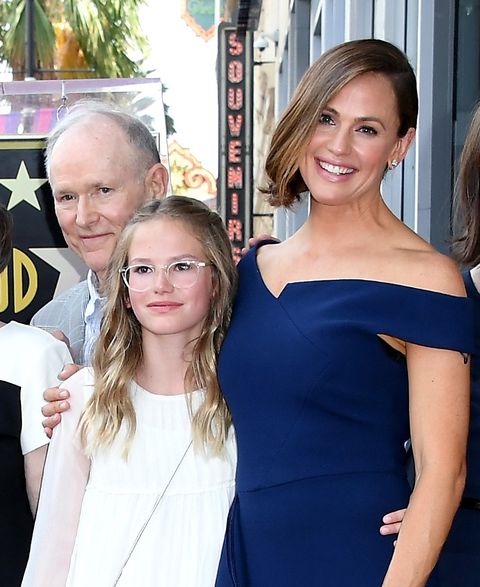 What did Ben Affleck have to say about his eldest daughter Violet Affleck?

While making an appearance on The Drew Barrymore Show in 2020, the Dazed and Confused actor spilled the beans on his eldest daughter, Violet and he raved about his daughter’s fluency in Spanish.

At that point, Affleck talked about his daughter Violet and said, “She’s always been a very good student, and she’s been interested in Spanish, and so I would often help her. Now, all of a sudden, she’s gotten into the grade where she’s, like, in the harder Spanish classes and she’s getting better. She’s right at the point where I think she might be passing me.” Ben further added with a laugh, “I was like, ‘Nope. This is not happening.’ I don’t mind that I can’t do your math homework when you’re 14 years old, but you are not going to be better at Spanish than me. So I’ve decided now I gotta take classes. I gotta do something to keep up.”

Violet Affleck is a big sister to her two siblings: Seraphina Rose Elizabeth Affleck and her brother Samuel Affleck. The He’s Just Not That Into You actor and The Adam Project actress’ second child, daughter Seraphina came into the world on January 6, 2009.

The pair’s third child, son Samuel joined them earthside on February 27, 2012. According to Ben, his son Samuel loves baseball and over time, he has gotten pretty good at the sport. Do you think Violet Affleck is the spitting image of her mother Jennifer Garner? Kindly let us know your thoughts on the same in the comments section below. Don’t forget to stay tuned with us for the latest updates from the world of showbiz.