Who is Adin Ross? Meet Popular Twitch Streamer and YouTuber

Adin Ross is a well-known name in the world of streaming. For those of you who are unaware, let us share with you, Adin is a popular Twitch streamer and YouTube star.

In the last couple of years, Adin has consistently posted content on various platforms such as YouTube as well as Instagram. He knows the trick to get a lot of views on his videos. Continue reading further to know more about Adin Ross from his early life to fame and success as a Twitch streamer. Here’s everything you need to know about Adin Ross

The full name of Adin is Adin David Ross. He is a popular Twitch streamer and social media star best known for streaming games such as NBA 2K20 and GTA V. He was born on October 11, 2000, in Boca Raton, Florida to Jewish parents. He has an older sister named Naomi.

Ross shifted to New York for some time but then decided to live in Three Rivers, California. When we talk about educational qualifications of Adin, back in the day, he went to Woodlake Union High School. Right from a young age, he was very inclined toward streaming. 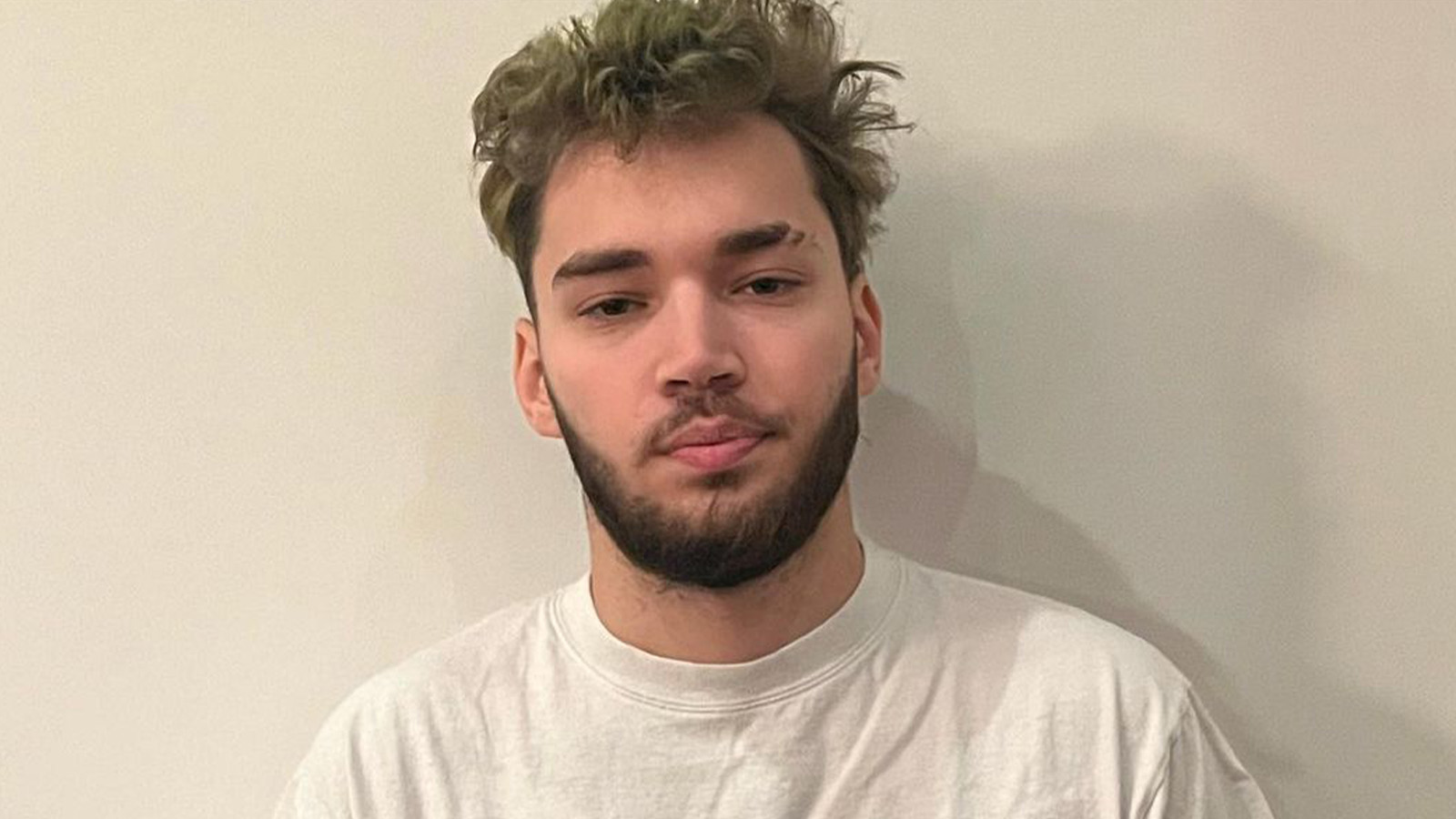 In a media interaction, Ross went on to reveal that he skipped his high school prom to stream on Twitch. During a No Jumper interview with Adam22, Adin disclosed that he was stabbed in his sleep by a mentally unstable relative at the age of 12.

At that time, Ross got nine stitches in his arm, on the other hand, the relative who committed the heinous crime went to jail before being admitted to a mental hospital.

When did Adin Ross begin streaming on Twitch?

Over the last few years, Adin has emerged as one of the most popular Twitch streamers. He started streaming on Twitch regularly while living with his sister Naomi. Then, he joined an NBA 2K group called Always Excelling and met Bronny James through it.

Ross shot to fame after playing NBA 2K20 with basketball player LeBron James’ son Bronny and doing wager matches with other streamers and YouTubers. In 2020, Adin was streaming with Bronny and in the midst of their stream LeBron stopped by and he even uploaded it on the social media platform Twitter as well. Since then, he has continued to build his fan base on Twitch. 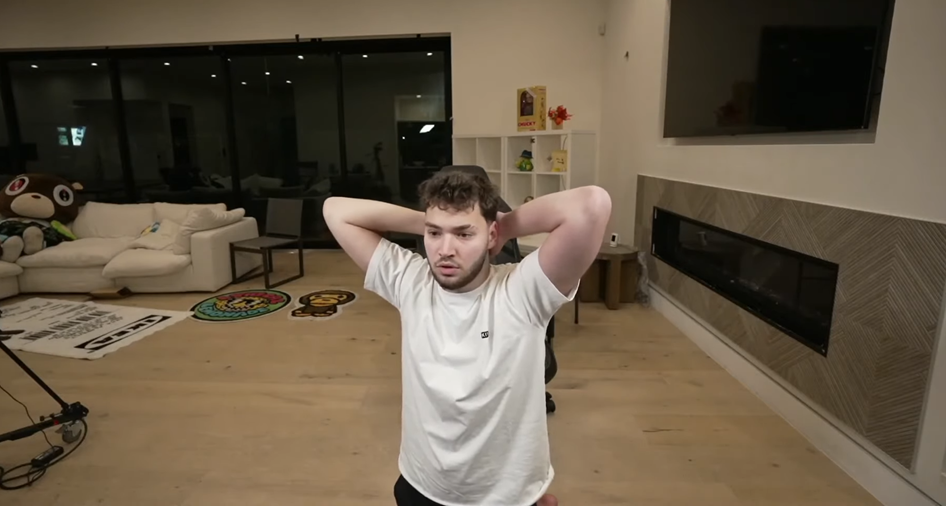 By the end of the year 2020, Adin got bored of NBA 2K21 and launched the hashtag #make2kfunagain. At that point, the hashtag went viral on social media and ended up becoming number 1 trending worldwide. Around the same time, he came up with a great date-fixing concept while playing.

Adin Ross also has an official channel on YouTube

Besides all this, Adin Ross has been active on the video-sharing platform YouTube since the year 2014. He posts a vast variety of content on his official YouTube channel like lifestyle and other comedy-related videos.

As of this moment, the famous content creator has more than 3.1 million subscribers on his official YouTube channel. His videos consist of fun challenges, pranks, as well as livestream videos.

Over the past year, Adin got banned from Twitch. At that time, he announced the news of his ban from the platform in a now-deleted tweet. Then, he also stated that wasn’t aware of the main reason behind the ban.

In the now-deleted tweet, the 22-year-old content creator wrote, “I got banned on Twitch, indefinitely. I am not sure what I said though? I’m not sure what I did? It occurred on stream or VOD? I don’t know man.” 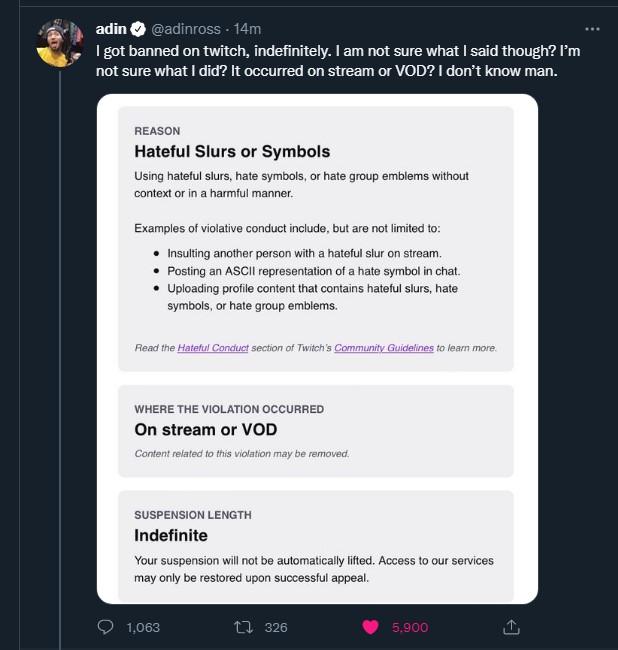 Ross also attached a message that he got from the streaming platform about his ban.  The message stated ‘Hateful Use of Slurs’ as the main reason for his ban. It further read, “Using hateful slurs, hate symbols or hate group emblems without context or in a harmful manner.”

Then, a lot of fans of the streamer linked the whole situation with an incident that saw the light of day on YourRAGE’s Twitch stream in early April. A fan claimed that Adin had used a homophobic slur over an audio call on YourRAGE’s stream. Soon after, Rage cleared the air and disclosed that it was not Adin on the call but some friend from high school. He resumed streaming in June 2022. 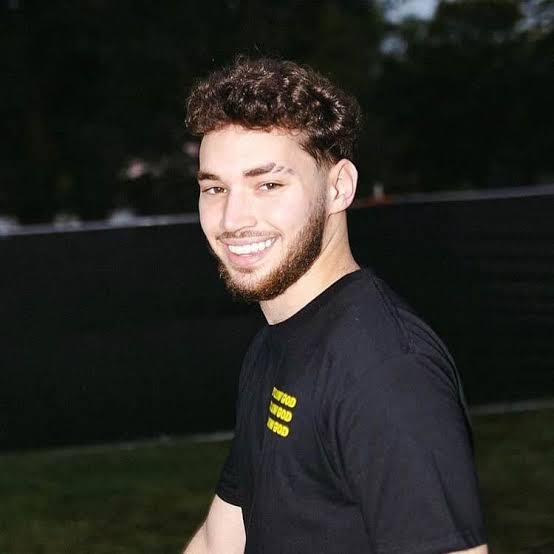 Adin was most recently banned after getting swatted on livestream. His most recent Twitch suspension saw the light of day on November 10, 2022. At that time, he broadcast the incident after he was notified that the SWAT team had arrived at his home.

Ross said, “Let this s**t happen, bro. I’m telling you right now, I’ve done this s**t before. No, I’m not ending the stream, bro! Nope. Make sure this is all on camera. This is what you guys wanted, right? I got you! Don’t worry about it. I know who exactly you (the swatter) are, too. I know exactly who you are, that’s the funniest part. You’re probably s***ting yourself right now. I know exactly who the kid is! Literally f***ked. I promise your life is hell after this.”

Twitch suspended the channel of the content creator due to precautionary reasons after he was told to leave the room by police officials. The ban lasted for a total of 27 minutes in total.

Yeah, you read that right. Just like most streamers in the gaming world, Adin Ross also has a profile on the social media platform Instagram. As of right now, he has more than 4 million followers on Instagram. He has only 15 posts on his Instagram feed.

Adin’s Instagram feed will give you a mini-tour of his life. His feed features a couple of pictures of him from his trips all over the world, and a series of photos of him with his close friends and family members.

Who is your favorite Twitch streamer at the moment? Kindly let us know in the comments section below. Don’t forget to stay tuned with us for the latest updates from the world of showbiz.