Jeffrey Dahmer killed and dismembered 17 innocent men and boys before his final arrest in July 1991. People often confuse John Balcerzak as the officer who took Jeffrey into custody. On the other hand, it was this controversial officer who let the drugged teen, Konerak Sinthasomphone, back into Jeffrey’s apartment. Read on to know all about this “Dahmer Cop” who had an opportunity to take down this serial killer. 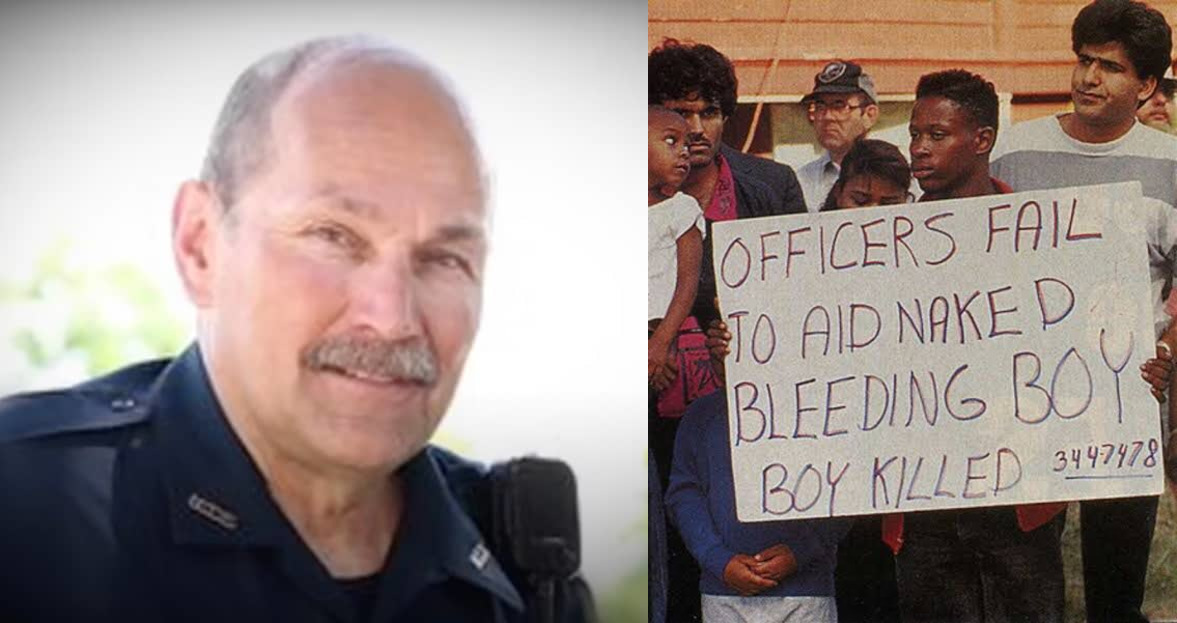 Who Is John Balcerzak? Born on April 13, 1957, John A. Balcerzak is a former police officer from Milwaukee, Wisconsin, who played a controversial role in Jeffrey Dahmer’s case. In 1991, John Balcerzak could have done everything to take down this serial killer, sex offender and cannibal. However, due to his lackadaisical approach, Jeffrey continued to commit 5 more murders before he was finally arrested in July 1991.

When Glenda Cleveland, Jeffrey’s neighbor made endless calls to police about Jeffrey’s acts, John Balcerzak was one of the three police officers, who let a 14-year-old teen become another victim of the Milwaukee Cannibal. From failing to check Dahmer’s identity; to conducting further investigation, to rescuing a bleeding Konerak, John failed to do everything per his oath as an officer.

After Dahmer was arrested, a controversial audiotape of Balcerzak and another officer-on-scene, Gabrish, came to light. In the said audio tape, the two were seen cracking jokes about “reuniting the lovers” and making homophobic comments to their dispatcher. For their gross negligence, John Balcerzak and his fellow officers, Joseph T. Gabrish, and Richard Porubcan were termed “Dahmer Cops” by several outlets.

What’s more shocking is that John was fired but was reinstated in 1994. Despite this heavy controversy, he enjoyed a long career with Wisconsin law enforcement. Not only this, but John served as the president of the Milwaukee Police Association from 2005 to 2009, before retiring in 2017. John Balcerzak, along with fellow officers, Richard Porubcan and Joseph T. Gabrish, reached Jeffrey’s apartment after several calls made to the police by Glenda Cleveland, Jeffrey’s neighbor, who is less remembered for her major role in this serial killer’s case.

Glenda was the first person to expose Jeffrey as a serial killer. In Netflix’s new series, “Monster: The Jeffrey Dahmer Story”, Glenda Cleveland hears some weird noises from the vent and asks Jeffrey, “I saw you go out in the dumpster and dump a whole bunch of bad meat, so the smell should be gone by now.”

Jeffrey responds, “Mm. Oh. I forgot, my tropical fish died, they get this disease, its called ich.” At that moment, Glenda knew something was wrong. Coming back to May 1991, Dahmer found a 14-year-old  teen, Konerak Sinthasomphone and lured him into his apartment to pose for Polaroid pictures. Konerak was unaware that Dahmer was the same person, who molested his elder brother in 1988. After taking Konerak’s pictures, Dahmer drugged him into unconsciousness and performed oral sex on him. Before Konerak was killed, Konerak managed to escape Dahmer’s apartment naked, bruised and bleeding from his buttocks. He was noticed by three women, Sandra Smith, Tina Spivey and Nicole Childress. Glenda, Nicole’s aunt made several calls to the police, narrating the incident, but police termed this as a “domestic dispute” between two lovers. They didn’t even bother to check Konerak’s identity or carry out an investigation on Jeffrey.

John Balcerzak, who was connected to Glenda Cleveland, dismissed her concerns. As a result, Konerak was handed back into the hands of this serial killer, who later murdered him, performed oral sex on his corpse and dismembered him. Dahmer continued to murder 4 more victims apart from Konerak before he was finally arrested.

What happened with Konerak, could have been stopped. John Balcerzak, dubbed as “Dahmer Cop” during Jeffrey’s trial, could have stopped this gruesome murder. If Jeffrey was arrested that day, many innocent lives could have been saved. Dahmer was arrested in 1992 by police officers, Robert Rauth and Rolf Mueller.  He was sentenced to a sixteenth term of life imprisonment. By then, the sex offender and cannibal had already dismembered and murdered 17 men and boys.

As for his cannibalism charges, police recorded over 60 hours of audio wherein Jeffrey described how he ate his victims. He was heard saying: Once I fried the biceps of a man in oil, I used a meat tenderizer and ate the muscle because it was big and I wanted to try it,” Jeffrey added that it tasted like beef.

Where Is John Balcerzak Now? 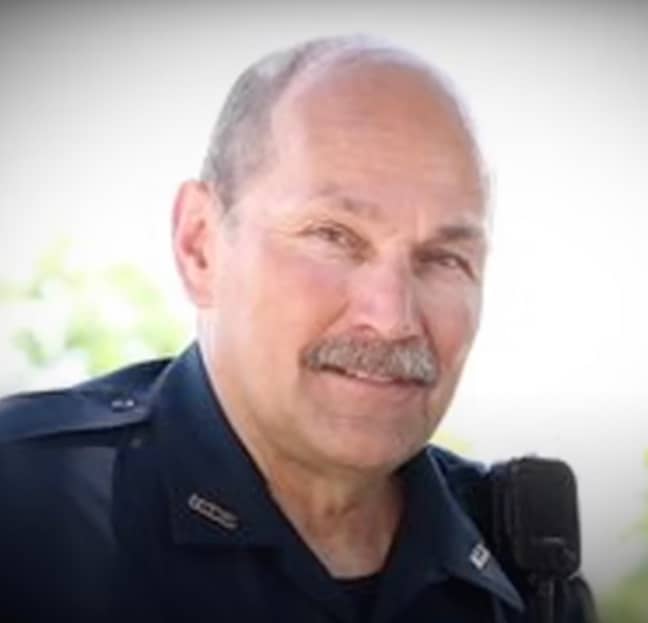 Despite his gross negligence, John Balcerzak was reinstated in 1994 after being fired in 1991. If we think closely, John and his fellow officers are as guilty as this serial killer, who managed to bluff these police officers. What boils my blood is that, John and Gabrish, cracked jokes about “reuniting the lovers” and making homophobic comments to their dispatcher, instead of conducting a thorough investigation and rescuing Konerak.

Despite Glenda’s requests to take the boy to a safer place, John’s team allowed Jeffrey to take him back to his apartment, where he was later killed. In Jeffrey’s case, it was mostly the police’s incompetency to save these innocents from Jeffrey. Despite being arrested several times, Jeffrey was set free to conduct more brutal crimes. 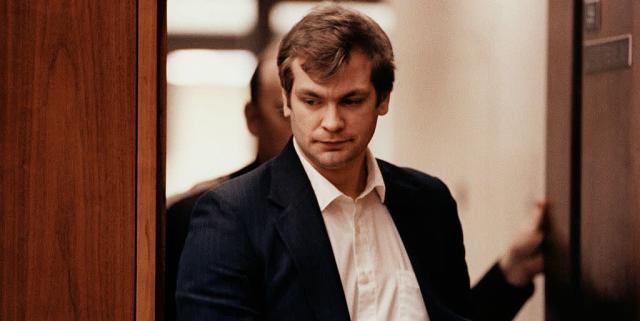 When Jeffrey’s crime was established, John didn’t shift from his stand and mentioned in an interview, that “Jeffrey was calm and cooperative when they confronted him about the boy.” In response to why Cleveland’s calls weren’t taken into consideration, Balcerzak revealed that “he felt he had more evidence”. He said: “She wasn’t actually there. I felt that my firsthand knowledge was more informative than what she had heard from someone else.″

As for John Balcerzak, he was elected as the president of the Milwaukee Police Association in May 2005. He cherished a long-standing police career despite his gross negligence in Jeffrey Dahmer’s case and retired in 2017. Per several reports, John Balderzak still resides in Milwaukee, Wisconsin and owns a tavern. Do you think of him as a “Dahmer Cop” or a good cop who deserved such a bright police career after all that happened?