Golden State Warriors guard Stephen Curry is an American professional basketball player with an estimated net worth of $92.8 million according to Forbes as of 2022. He is the highest-paid NBA player of 2022. Stephen Curry won his fourth NBA championship on 16th June by securing a 103-90 emphatic victory over the Boston Celtics.

He has once again proved his excellence on the biggest stage, as he was leading his team from the front in Game 6. He managed to score 34 points and seven rebounds. This was his best Finals game ever.

His brother Seth Curry who is also a professional basketball player congratulated him by tweeting, “Don’t talk about Steph again unless it’s in a convo with the time great PLAYERS!! And i mean a hand full of people to ever touch a basketball.”

Don’t talk about Steph again unless it’s in a convo with the time great PLAYERS!! And i mean a hand full of people to ever touch a basketball.

Below is everything you need to know about the ace basketball player, Stephen Curry. 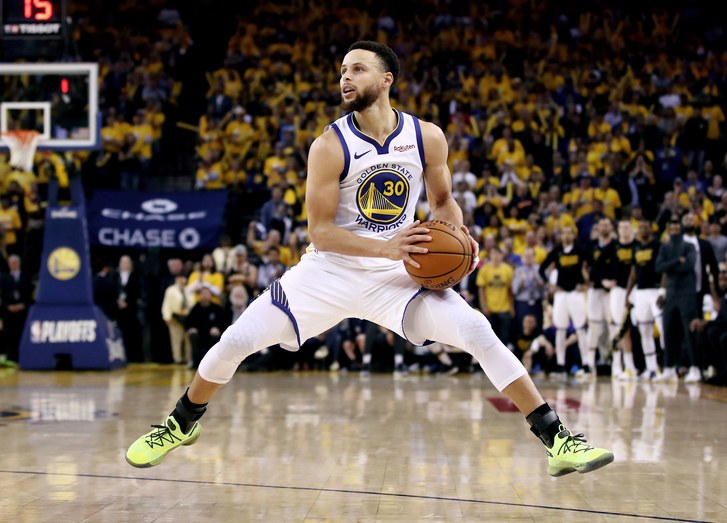 Wardell Stephen Curry II was born in the year 1988 in Akron, Ohio. His dad, Dell Curry was a former NBA player. He grew up in Charlotte, North Carolina. He studied at Charlotte Christian School and started playing basketball at a very young age.

He earned titles like all-conference and all-state while he was studying. Curry then enrolled at Davidson College for further studies.

He is expected to earn around $48 million next season and his pay will rise to a little under $60 million by the end of the contract. Curry released a collection of NFTs on three metaverse platforms.

Stephen Curry is the world’s fifth highest-paid athlete according to the list released by Forbes in 2022. He earned a cumulative amount of $92.8 million which includes his salary of $45.8 million and $47 million from off-court earnings. Curry and his wife, Ayesha, recently founded the Eat. Learn. Play. Foundation. The motto of the organization is to eradicate childhood hunger. The celebrity couple has donated a decent amount over the years, including during the coronavirus pandemic.

Curry and Ayesha purchased a new house in Sep 2019 for around $31 million in Atherton, California. The house is spread across an area of 1.2 acres.

Curry owns a mansion in Walnut, California that was bought in 2015 for $3.2 million according to Celebrity Net Worth. Stephen Curry has an affinity for high-speed cars that looks sporty as well. He has one of the finest collections of cars in his garage, a few of them are listed below.

Bookmark this space and stay in touch for more net-worth-related articles on your favorite sports personalities!