With the rising tension between two nations, i.e. Russia and Ukraine, the world is looking forward to the military power of both nations. The Air Force of any country is one of the backbones of the country. In order to attack or defence, the strong air force plays an important role.

Russia has one of the strong military and air forces in the world. Exports of fighter planes and other military hardware were curtailed after the dissolution of the USSR in 1991. While China and other former Soviet states benefit from Russia’s resurgent aviation sector, the country is also building up one of the world’s most formidable air armies.

In this article, we’ll discuss the top 10 Russian Fighter jets

During the development of its fighter planes, Russian aeronautics specialists were always thinking about how they might effectively counteract the actions of the United States and its allies. As a result, Russia has ramped up their military budgets. It has focused more on the Military than any other sector. Let’s have a look at the top 10 Russian Fighter Jets in 2022. 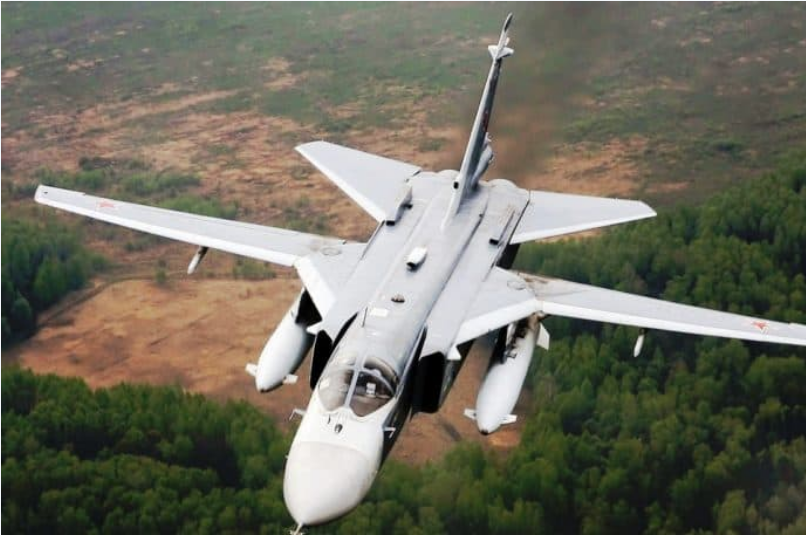 In 1974, the Soviet Air Forces received the Su-24, a supersonic aircraft capable of operating in all weather. Two pilots may sit side by side in the aircraft’s twin-seat configuration, which has an adjustable-sweep wing design and a twin-engine configuration.

A number of noteworthy battles have taken place with it on the Soviet side, including the Soviet-Afghan War and the Russian-led First Chechen War.

Russian and former Soviet aviation forces, including those of Ukraine and Azerbaijan, have used it continuously since 1991. The Su-35, a new Sukhoi aircraft, will ultimately replace this model. 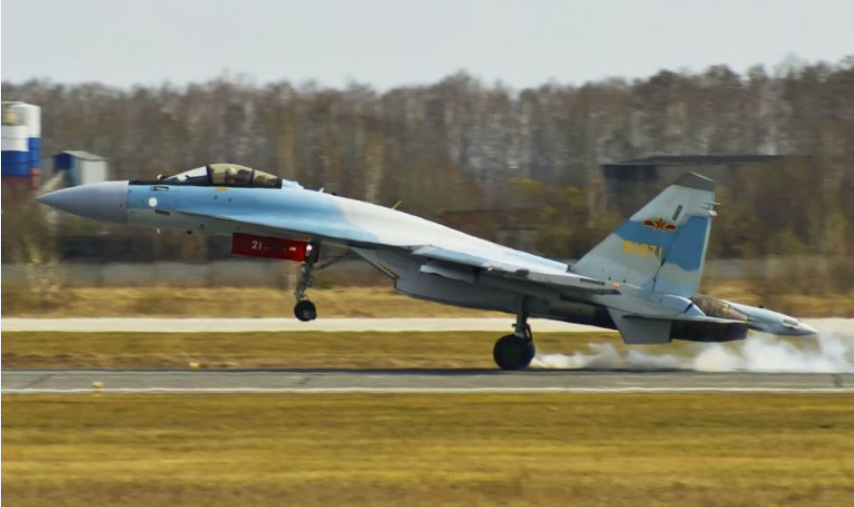 As a response to American fourth-generation F-15 and F-16 aeroplanes, the Soviet Union developed the Sukhoi Su27 in the 1980s. US Air Force plans to construct a new better fighter aircraft threatened Soviet national security since the US and the USSR were enmeshed in a Cold War.

In order to develop a new generation of Soviet fighter jets, the General Staff of the Soviet Union set high standards. Mach 2+ speed (twice the speed of sound) and the ability to carry massive weaponry were all requirements for the new aircraft. 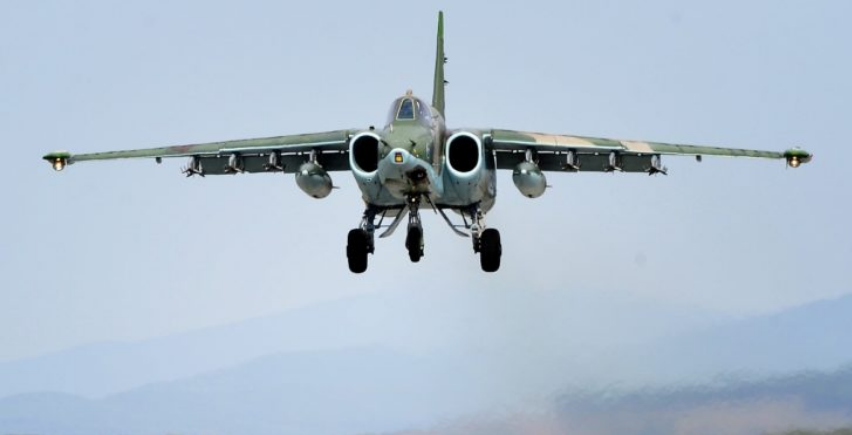 Following in the footsteps of its idol Su-24, the Su-25 had many of the same features as its predecessor. In 1975, a prototype of the jet was presented to the Soviet Air Forces, who tested it in 1978 in Tbilisi before putting it into service in 1981.

The Su-25, like its predecessor, has been active in many of the military exercises. Many missiles were fired from this fighter during the Soviet-Afghan War. During the Iran-Iraq War, this fighter proved to be of great importance. 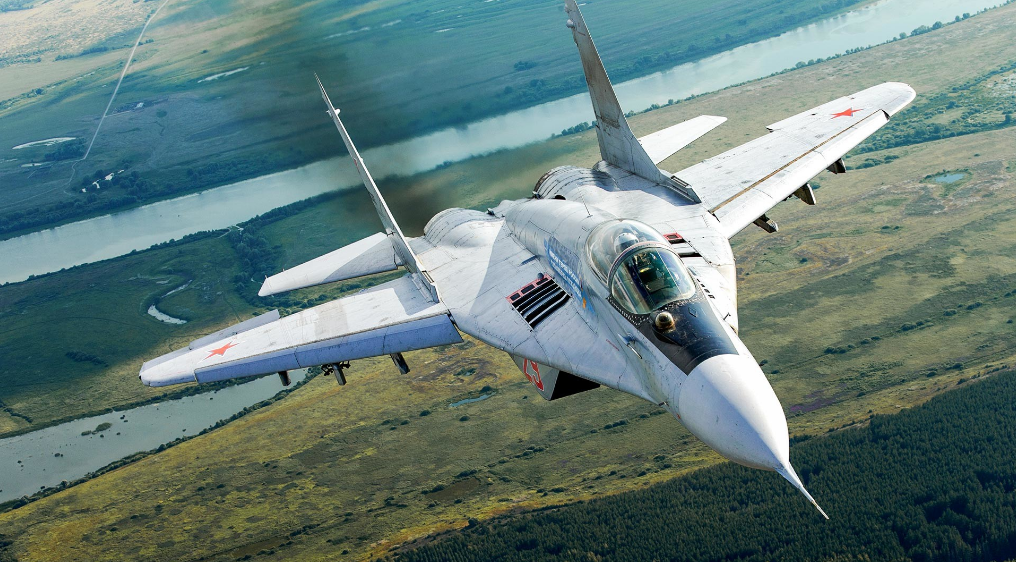 The Mikoyan MiG-29 was the Soviet Union’s second attempt to balance the American-made F-15 and F-16 fighter jets. The first one was Sukoi – Su 27. MiG-29’s agility is superior to the Su-27, despite its lack of speed and combat range, despite its smaller size. Testing was undertaken by the German military after the Cold War proved that the Soviet MiG-29 was faster than the American F-16.

As a result, the jet’s weapons system is capable of launching air and ground missiles. The MiG-29 was first constructed in the early 1980s and is still in use in Russia, India, Serbia, Peru, Poland, and other nations. 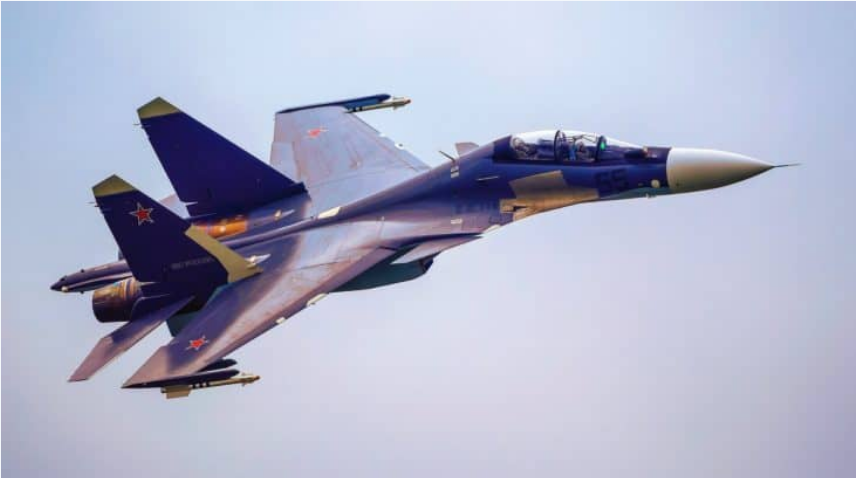 During the latter years of the Soviet Union i.e. the 1980s, Sukhoi built this aircraft and it was finally used by the Russian Air Force following the dissolution of the USSR.

The Chinese People’s Liberation Army Air Force received the Su-30MKK in 1997 as a different variant. Su-30KI was created for the Indian Air Force, whereas the Su-MKM was built for Malaysia. 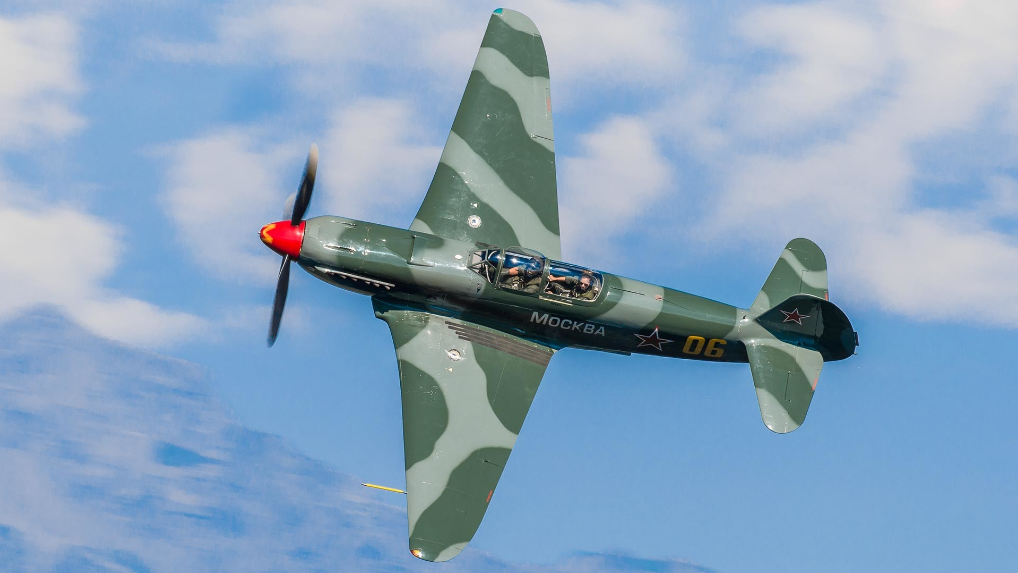 The Yakovlev Yak-9 arrived in 1942, just when the Soviet Union was in desperate need of it in its war against Nazi Germany. The German Luftwaffe’s air dominance was shattered in WWII all thanks to this single-engine single-seat fighter aircraft with a propeller in front.

Due to the metal longerons on the aircraft, it was able to take on the Nazi Focke-Wulf Fw 190 and Messerschmitt Bf 109G fighters with relative ease.

The Yak-9 proved to be an effective fighter in many military missions, including combat, training, reconnaissance, and passenger flights. 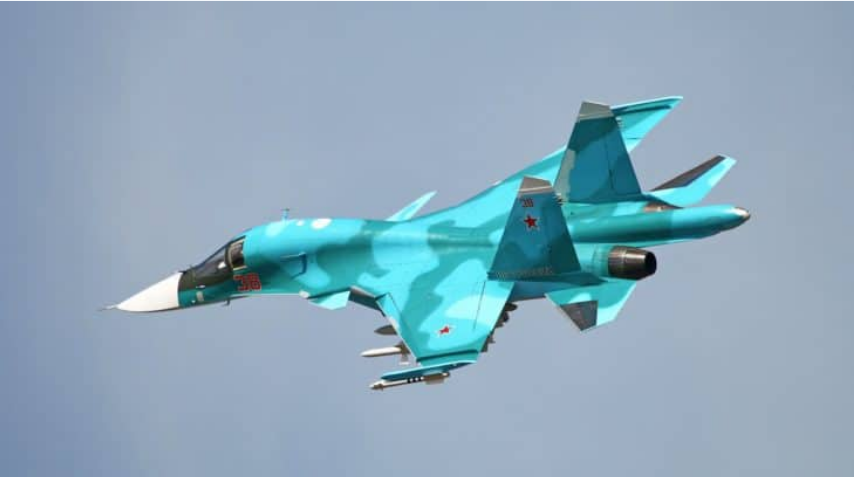 The prototype of this flight was developed in 1990, one year before the USSR’s dissolution, resulting in a considerable delay in the development of this plane. It was in 2014 that the Su-34 was first used in service in the Russian Air Force

During the Syrian Civil War, both the Syrians and the Russians used this craft. ISIS has reportedly suffered attacks in the Hama area from this aircraft. 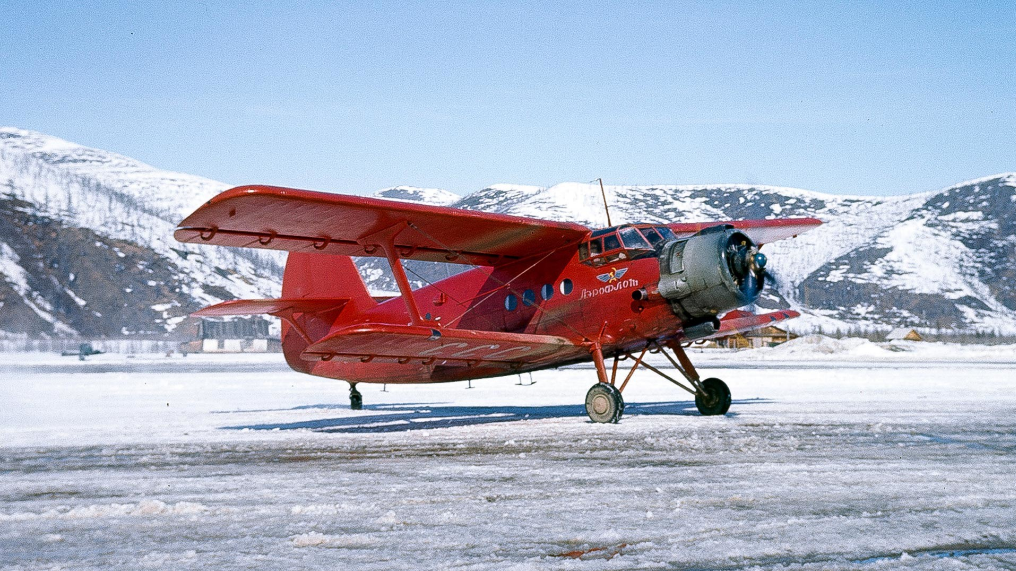 Antonov An-2 is one of aviation’s most revered aeroplanes. Single-engine biplane dubbed “kukuruznik,” or “corn crop duster,” was originally intended for use in the agricultural and forestry industries, but it rapidly demonstrated it could do so much more.

The An-2 quickly established itself as a remarkable long-lasting and dependable aircraft. Aside from its tremendous lifting capacity, another benefit is it can operate on almost any flat area without the benefit of runways. This feature made this aircraft set aside from other aircraft, as other planes would not operate in this situation. 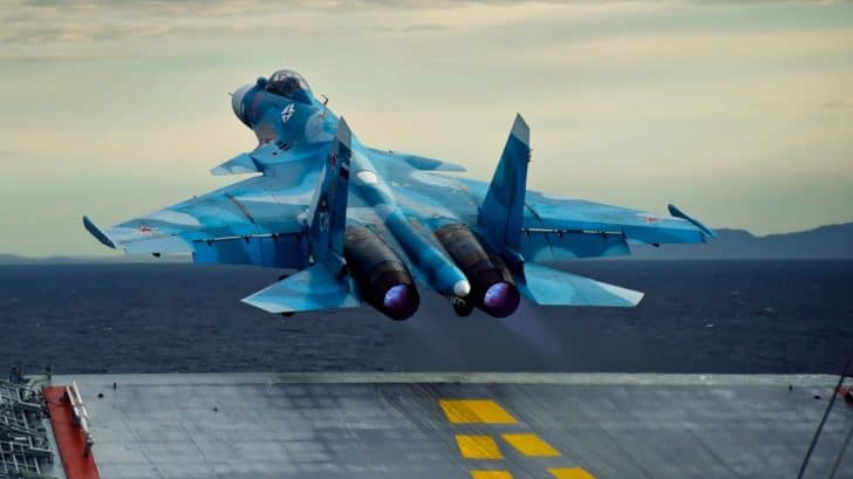 Sukhoi built this fourth-generation fighter aircraft in the late 1980s, during the closing years of the Soviet Union, and it first flew in 2014, more than 15 years after its conception.

Russian engagement in the Syrian civil war has seen the usage of the Su-35 fighter plane, much like earlier Sukhoi fighters. At Khmeimim Air Base in Syria, the Russian Air Force has a number of Su-35s stationed. 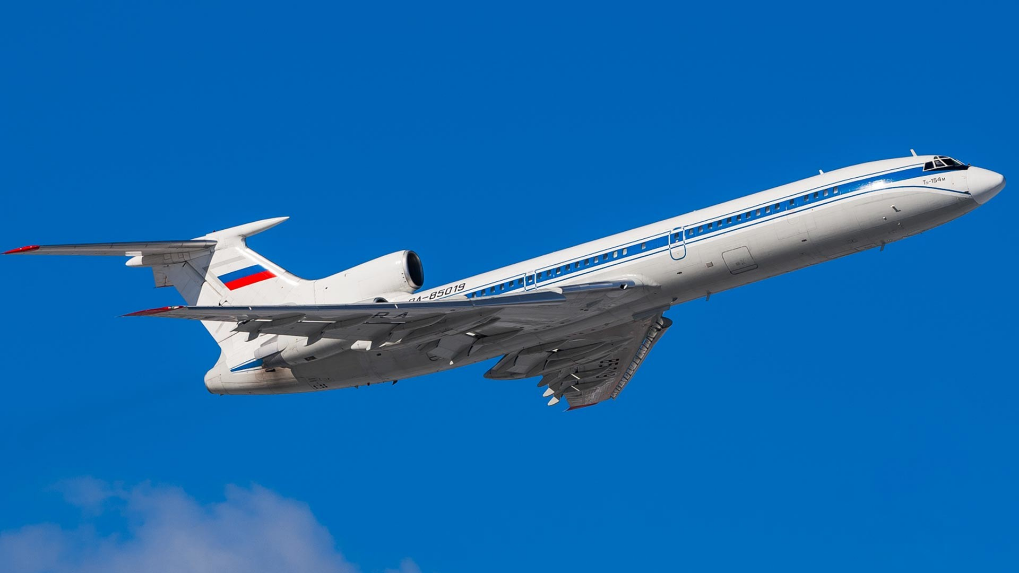 In the Soviet Union, the Tupolev Tu-154 was the most often used airliner. After its initial flight in 1968, these aircraft become the “workhorse” of the soviet union. It remained in the service for many decades.

Aeroflot, the Soviet monopoly in air transportation, used to fly the Tu-154 to carry most of all passengers during its peak years. For an airliner of this size, the ability to take off and land on dirt and gravel airfields was one of the most outstanding qualities of this aircraft.

These are the great beasts that are used by the Russia Military. I hope this article is useful for you. If you have any suggestion regarding aircraft, you can ley us know through the comment section below.