The number of YouTube views has exploded in the span of the past ten years. Musicians that were able to garner millions of views in a short period made up the top 10 most-watched YouTube videos in 24 hours. Fans of these musicians frequently seize the chance to be among the first to view the newest video from their preferred musician as they eagerly await new releases.

Let’s check out who are these musicians whose music is still popular and among the most viewed videos in 24 hours. Recently, BTS broke its record. “Butter” surpassed “Dynamite” in terms of views a day after its release. K-Pop bands are doing great and are garnering millions of fans worldwide, which look forward to watching their music videos on YouTube and increasing views on videos easily. The success of K-Pop is in large part due to government funding and support.

“Butter,” in the music video brings its joyful pop, catchy hooks, and summery breeze-like ambiance, wonderfully expressing the pleasant, carefree, and undeniable appeal of the BTS. The song reached the top of the charts in six different countries, including the US, South Korea, Japan, as well as Singapore. The K-pop band BTS shattered all prior records in the month of August 2020 and emerged as the band that had the most viewed video in a 24-h cycle in August thanks to this music video. Due to its genuinely timeless vibe from the 70s, groove, and soul, in addition to its catchy hooks, Dynamite garnered 101.1 million YouTube views in just 24hrs.

The song was written by David Stewart, and it was released by Big Entertainment & Sony. With Dynamite, BTS also broke a record by becoming the first K-pop band to place at the top of the Billboard Hot 100. The Bangtan Boys with this song became the first K-pop band in history to be nominated for a Grammy, winning it in 2021 for Best Pop Duo Performance. 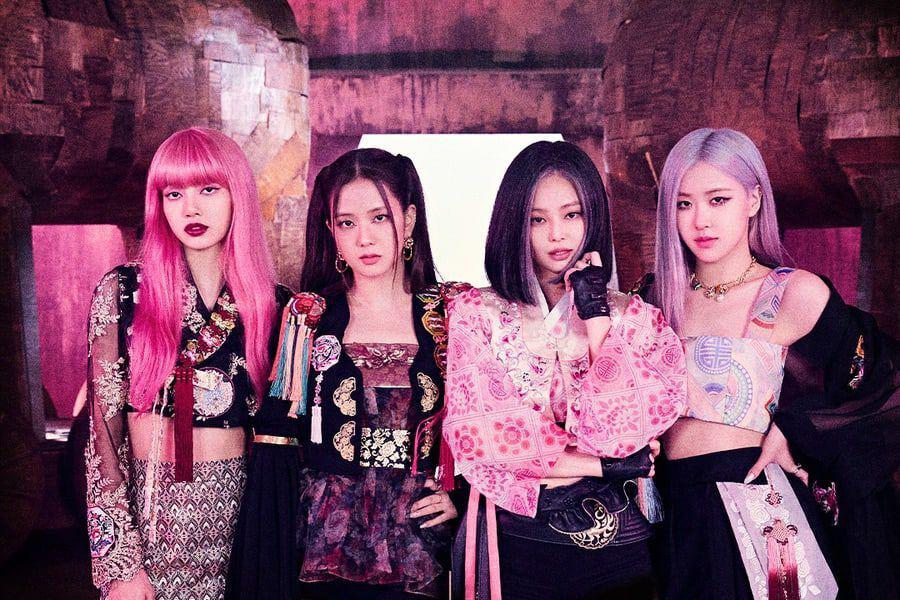 Blackpink is without a doubt one of the top groups when it comes to the release of popular singles. In June 2020, “How You Like That” was released and 86.3 million people listened to the song in the first 24 hours of its release. It was the opening track of their follow-up album. In addition to receiving many views, it was the first video to cross 100, 200, and even 500 million views in a short period of time.

The music is about triumphing through hardship. With its throbbing pop rhythms, swaggering lyrics, and outstanding delivery, “How You Like That” immediately became a success all over the world. In countries like Malaysia and South Korea, it peaked on the Billboard Hot 100. Since her days at Disney, Selena Gomez has come a long way. Her fans look forward to her music. So do the fans of Blackpink, and Selena and Blackpink together created this wonderful song called ‘Ice Cream’. Within the first 24hrs, “Ice Cream” earned 79 million views. This is the second song from Blackpink’s sophomore album, “The Album”.

The song is completely in English, excluding Lisa’s Korean rap segments. The ice cream themes, upbeat music, and catchy slogans give the video a happy and fun atmosphere. “Ice Cream” is Blackpink’s first song to climb into the top 20 of the United States Billboard Hot 100 at a 13th-place finish.

5. Boy With Luv by BTS and Halsey 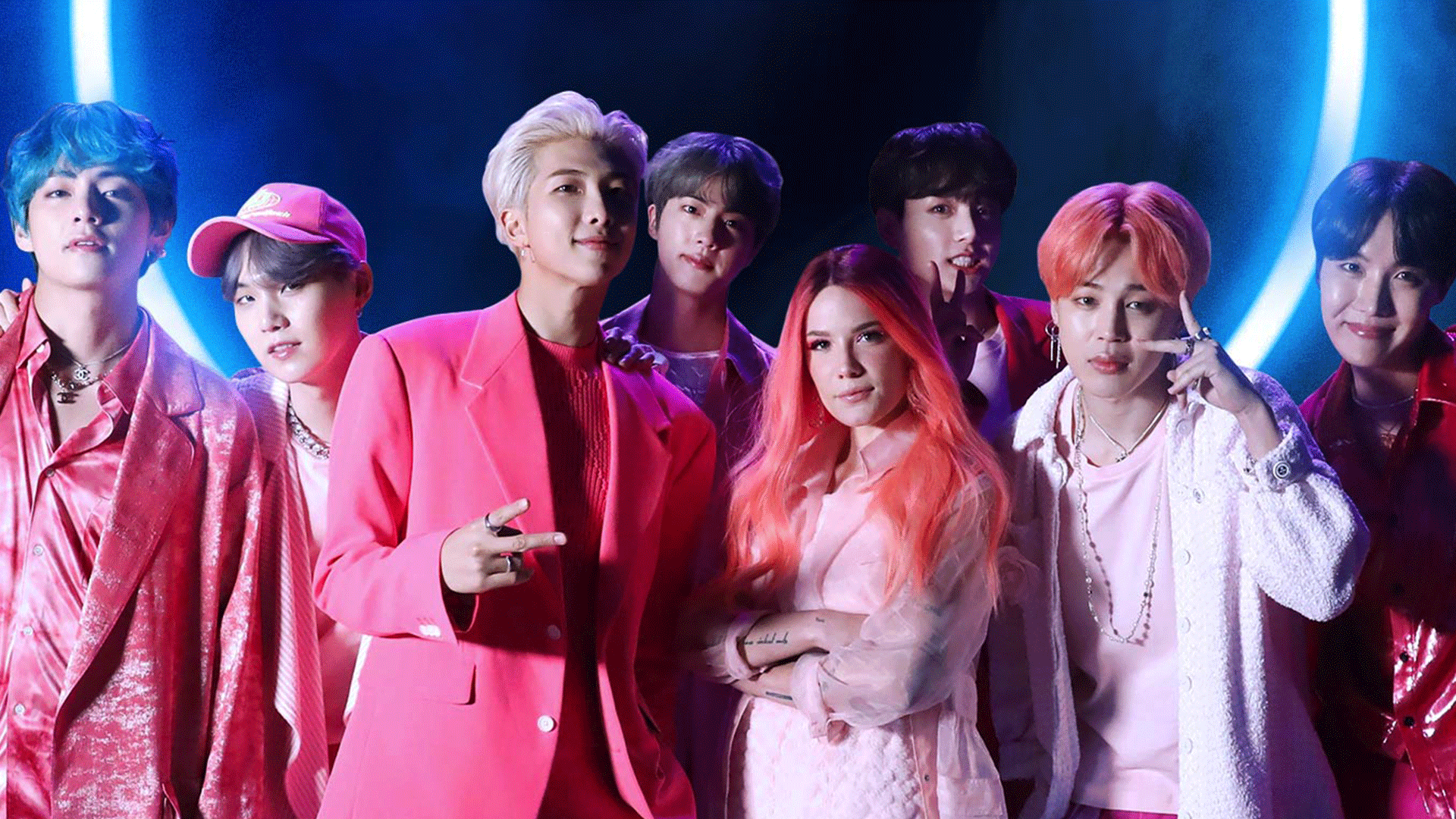 In April 2019, BTS and Halsey broke all past YouTube records with their collaboration on the song “Boy With Luv.” This collab was warmly welcomed by the fans of both BTS and Halsey.

The video “Boy With Luv” had 74.6 million views on the first day it was available. The RIAA awarded the song a platinum rating in June of that same year. In July, BTS made “Boy With Luv” available in Japanese. The song also received 21 music awards in the country of South Korea, breaking the previous record-holder, 2000, which Dynamite surpassed later. On the day September 10, 2021, Blackpink’s member and Thai rapper Lisa Manoban dropped “Lalisa,” the lead single from her debut album with the same title. The song was the most-watched solo singer YouTube video in one day through 73.6 million streams within the initial 24 hours after it was released.

It features Lisa’s inspiring, alluring, and fascinating rap and dance performance over a combination of Thai and EDM hip-hop. Lalisa eventually climbed to position 84 on the American Billboard Hot 100 at that time.

7. Permission To Dance by BTS 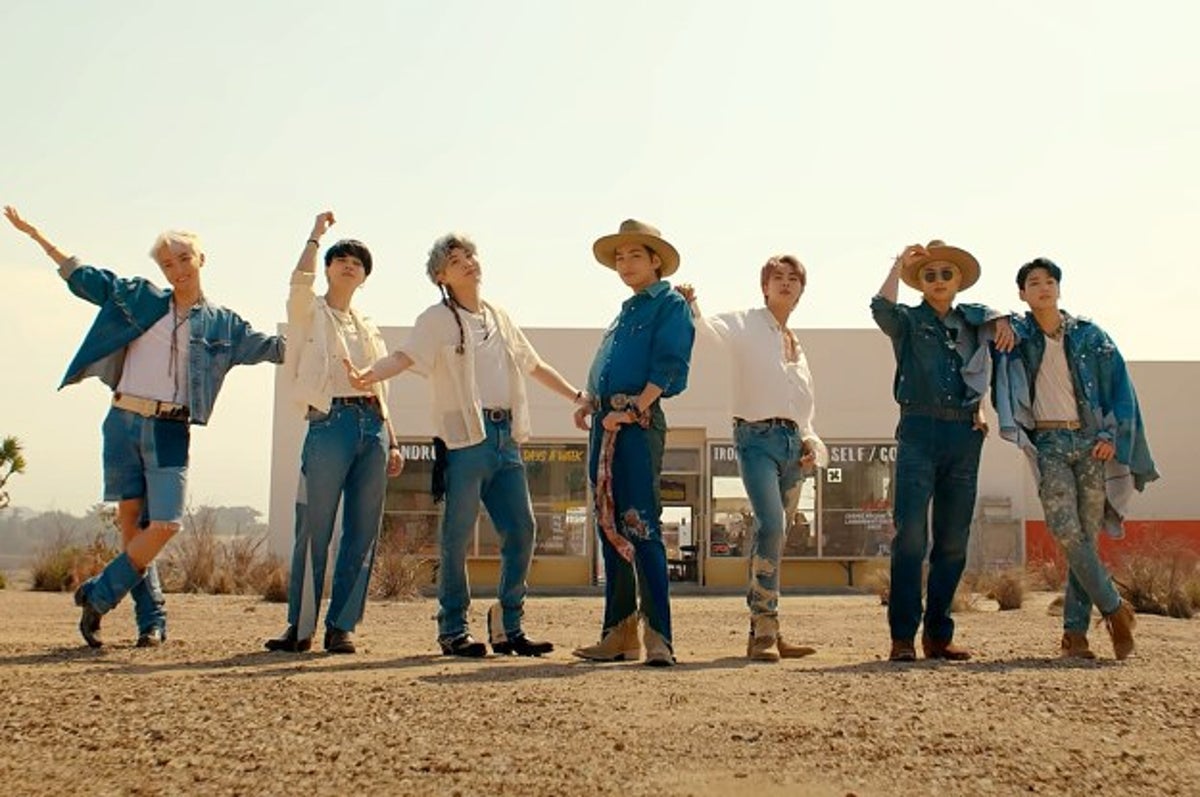 The group released this dance song on July 9th in the year 2021, as the follow-up single to their first English album, “BUTTER.” With their cheerful, motivating, inspirational lyrics and music video, the Bangtan boys did their best to momentarily soothe the world’s fear and suffering during the COVID pandemic.

They urged people to put their troubles aside as well as have a good time by swaying to the upbeat music. The video gained 71.3 million views on the first day after it went up. BTS is the second musician following Michael Jackson to have 5 No. 1 Billboard songs in 10 months plus two weeks with “Permission to Dance.” Uploaded on November 19, 2020, the video received 71.6 million views in under 24 hours. After being released, BTS’s video for “Life Goes On” was cherished by its fans.

The group’s members may be seen lounging around their hostel in the song video. V drives them around after that, and they watch movies before performing the song in an empty stadium. Brendon Urie, the main vocalist of Panic! at the Disco, and Taylor Swift collaborated to release the single “Me” in April 2019. After joining Taylor Swift’s new record company, Republic Records, this feature happened.

After 24 hours, “Me!” had received 62.5 million YouTube views. Additionally, it made its US Billboard Hot debut at position 100. The next week, it shot up to the second place, breaking the previous mark for the biggest weekly climb.

The song “Lovesick Girls,” which was released by Blackpink’s record label YG, first appeared in October 2020. The video had been viewed by 61.4 million people after 24 hours.

This was the third song from the group’s 2020 album, “The Album,” to be revealed. It debuted at number two on the famous Gaon charts from South Korea. In addition, it peaked at positions 2 and 59 on the US Hot 100 and Billboard Global 200, respectively. All things aside, it was the second-best song on the record.

So now we have come to the end of this article, we got to know about some of the most amazing songs and videos with the most views in 24 hours on Youtube.