Nutty Putty Cave is a naturally-formed thermal cave located on the west side of Utah Lake, 55 miles from Salt Lake City in Utah. It comprises many rooms connected by small tunnels and narrow corridors. The cave is famous among the locals and is considered a good cave to explore for new spelunkers. But do you know it is known for its notoriously narrow spaces too?

When you search about Nutty Putty Caves on the Internet, you will also find some infamous events related to this place. These caves were first explored by Dale Green in 1960. He named them for their clay. But the incident of John Edward Jones highlighted its presence worldwide.

Here is everything to know about the caves and the dreadful incident.

John Edward Jones was a 26-year-old medical student, family man, and a spelunker. For the unversed, a spelunker is a person who studies and explores caves. They are known to navigate through the smallest of spaces during their explorations. The man was no amateur. He had gone to many more complex cave explorations before this one. He even volunteered as a trapped victim for Utah Cave Rescue, an organization founded by John’s father.

John was visiting his family for the holidays with his wife and 13-months-old daughter in tow. Being passionate about spelunking, he decided to explore the Nutty Putty Caves along with his family. On the 24th of November, 2009, John, his family members, and nine other friends entered the cave. Considering that the cave is spread over a wide area, they decided to split into two groups, letting the children and other adults exposed to a less dangerous part of the cave. The remaining ones thought about exploring the Nutty Putty cave a bit further. Who had known that John would lose his life entering so deep?

What Exactly Happened at the Cave?

About an hour into exploration, John decided to find the entrance to the Birth Canal. It was a narrow path through which spelunkers must navigate meticulously. He located the entrance, which he thought was the one, and began to crawl through the same. He used his hips, stomach, and fingers to crawl. Little did he realize he was making a big mistake.

The space that John began to crawl was narrow, 10 inches across and 18 inches high. As a result, he barely had any space to breathe. At that moment, he could only go further as there was no option to turn around and return. The crevice engulfed John, and he could not move any further. Besides this, the cave wasn’t fully mapped. Eventually, he got stuck in the crevice and lost his life.

John Edward Jones is not the first case where a person lost his life exploring these caves. In 2004, two Boy Scouts had nearly lost their lives in separate incidents in the same area where John was trapped. The two Boy Scouts had become trapped within a week of each other. 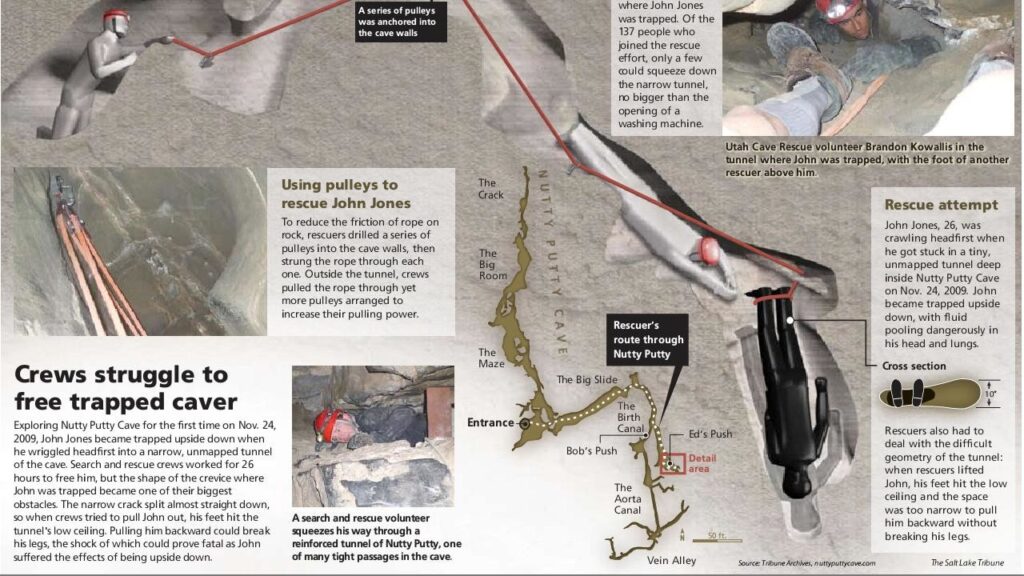 In one of the cases, the rescue crew left no stone unturned in freeing the Scout. It took them 14 hours to let a 16-year-old boy out. He was much shorter and lightweight than John. Soon after the news of this incident spread, officials closed the Nutty Putty Cave in 2004. The cave reopened in 2006, six months before John’s case.

The Cave was Sealed Again

The officials sealed off the Nutty Putty Cave for a week after John’s death. Unfortunately, his body was never recovered. It was stuck, and no rescue crew could reach out to that portion of the cave to recover it. The whole incident created havoc throughout Utah and other parts of the world.

There is a Movie Based on this Incident

Following the popularity of this incident, filmmaker Isaac Halasima produced and directed a full-length feature film called The Last Descent in 2016. The movie featured an accurate glimpse of John’s ordeal and what happened at the cave. 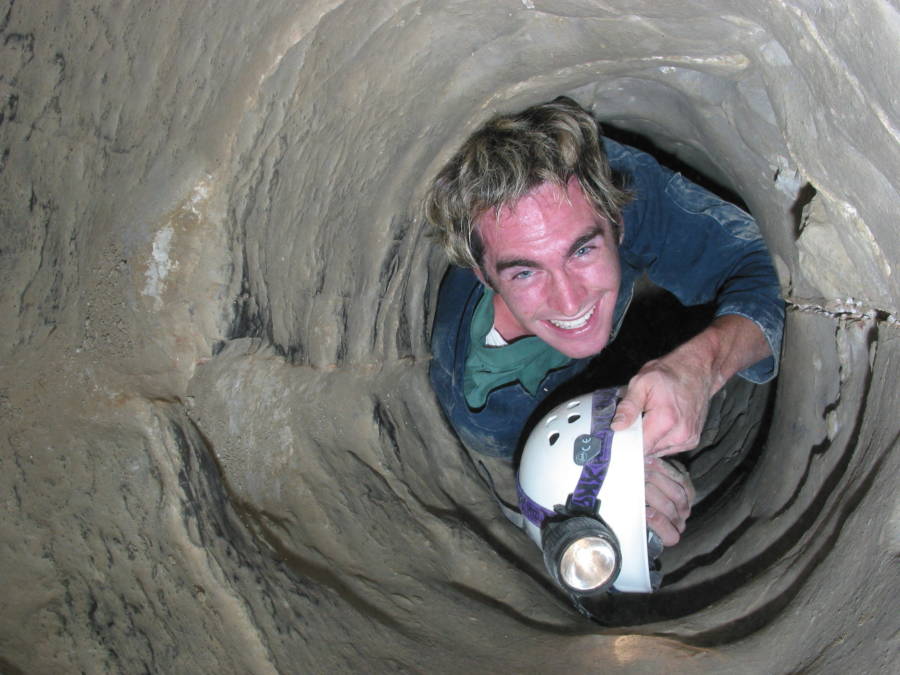 The cinematography and whole direction were admirable and received accolades from the audience and film critics.

Facts You Didn’t Know About the Nutty Putty Cave 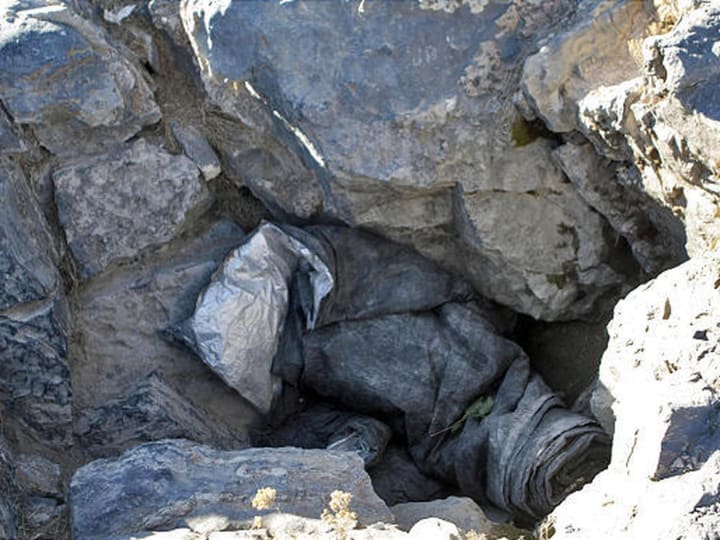 Here are some more facts about Nutty Putty Cave that you might not be aware of.

Although a popular tourist spot, the many doomed stories about the Nutty Putty Cave give people chills. Would you like to explore this place? Tell us in the comments below.