They are playing an outsized role in shaping the economy not only in America but throughout the world. These business magnates also have a role in philanthropy and politics. They wield power. Many of these billionaires are the founders of technology giants, and their companies continue to thrive.

Who are the Top Ten Billionaires in the United States of America?

Their net worth will shock you! Take a look at the wealthiest men and billionaires in the United States of America.

The co-founder and CEO of Tesla, Elon Musk, is undoubtedly the richest man in the United States of America. He is also the wealthiest man in the world. Elon Musk enjoys a net worth of $224 billion and has a 16 percent ownership stake in his company. 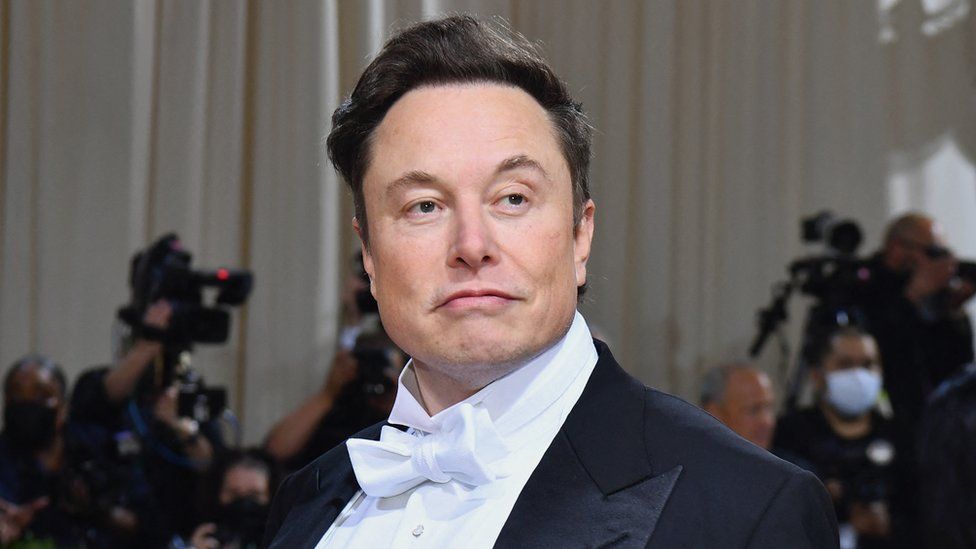 He was born in South Africa and attended college in Canada before transferring to the University of Pennsylvania. Musk became a major funder of Tesla Motors in 2004. The rest we all know is history. Besides Tesla, he is also the CEO and chief engineer of Space Exploration Technologies (SpaceX). Currently, he enjoys this title and lives his luxurious life in Texas.

We cannot imagine our life without Amazon. From bare necessities to exclusive items, Amazon sells everything on the tip of your fingers. The owner of the company, Jeff Bezos, is the second richest man in America. He enjoys a net worth of $144 billion with a 10 percent stake in Amazon ownership. Jeff Bezos founded Amazon in 1994. At that time, the company was based in a garage. He had originally pitched the idea of an online bookstore to his former boss, but he did not show any interest, which made Jeff quit his job and start his new venture. Amazon remains the most sought-after platform for online shopping today. Bezos stepped down as the CEO of this e-commerce giant on the 5th of July, 2021.

Bill Gates is the owner of a total worth of $123 billion, making him the third richest man in America and one of the richest men in the world. He is the co-founder of Microsoft Corporation and has a 1.3 percent ownership stake in the company. Alongside this, he also enjoys other assets, including Cascade Investment LLC. 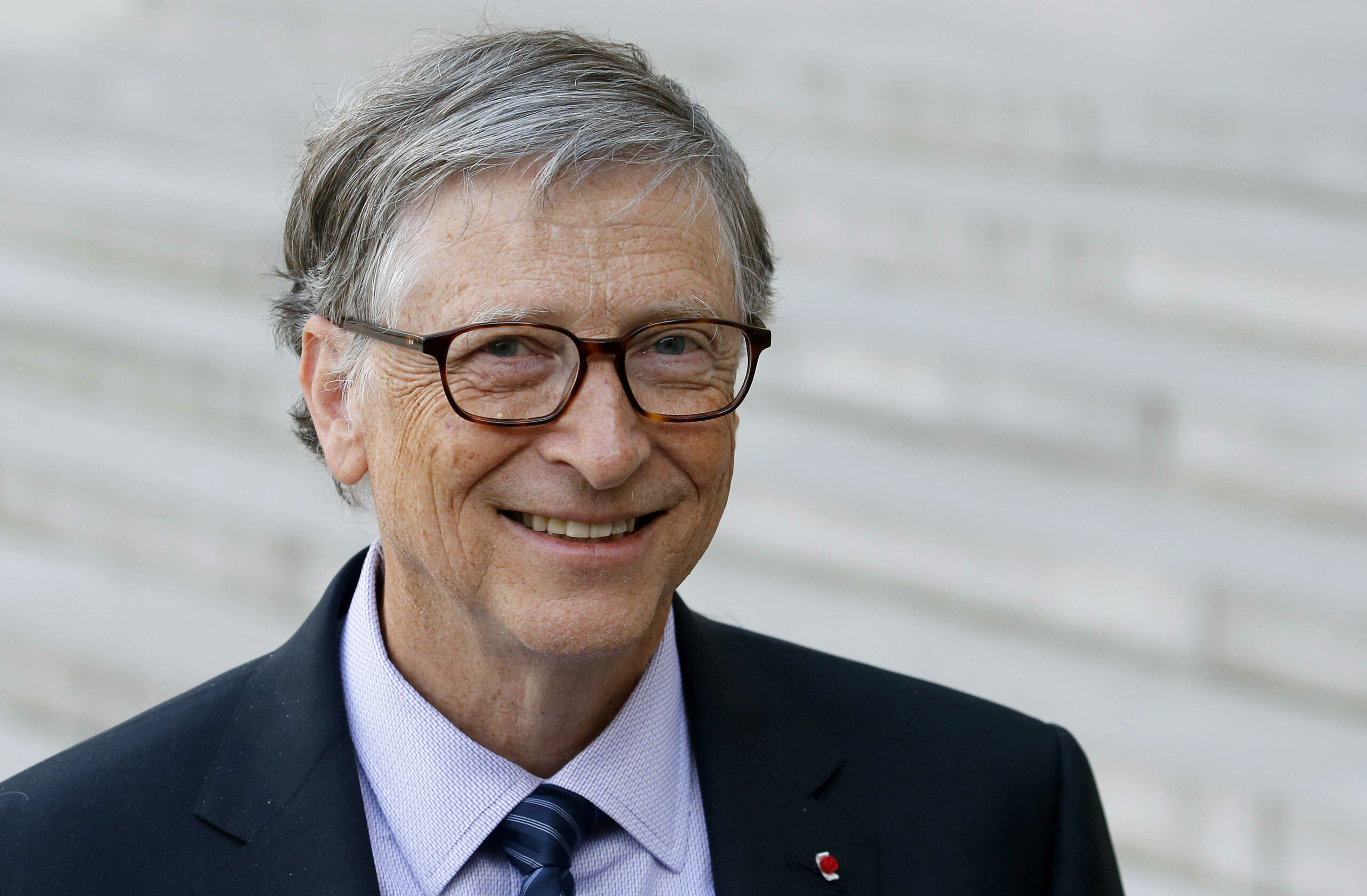 He was a student at Harvard University. While attending college, he went to work alongside his friend to develop new software for the original microcomputers. The project became a huge success. Gates dropped from college and began to pursue his passion. Toda, we cannot imagine a computer system without Microsoft.

The 91-year-old business giant enjoys a whopping net worth of $114 billion, making him the fourth-richest man and billionaire in America. Warren Buffet also has a 16 percent ownership stake in Berkshire Hathaway, ranging up to $113 billion. He is a renowned philanthropist and helps the society for good. 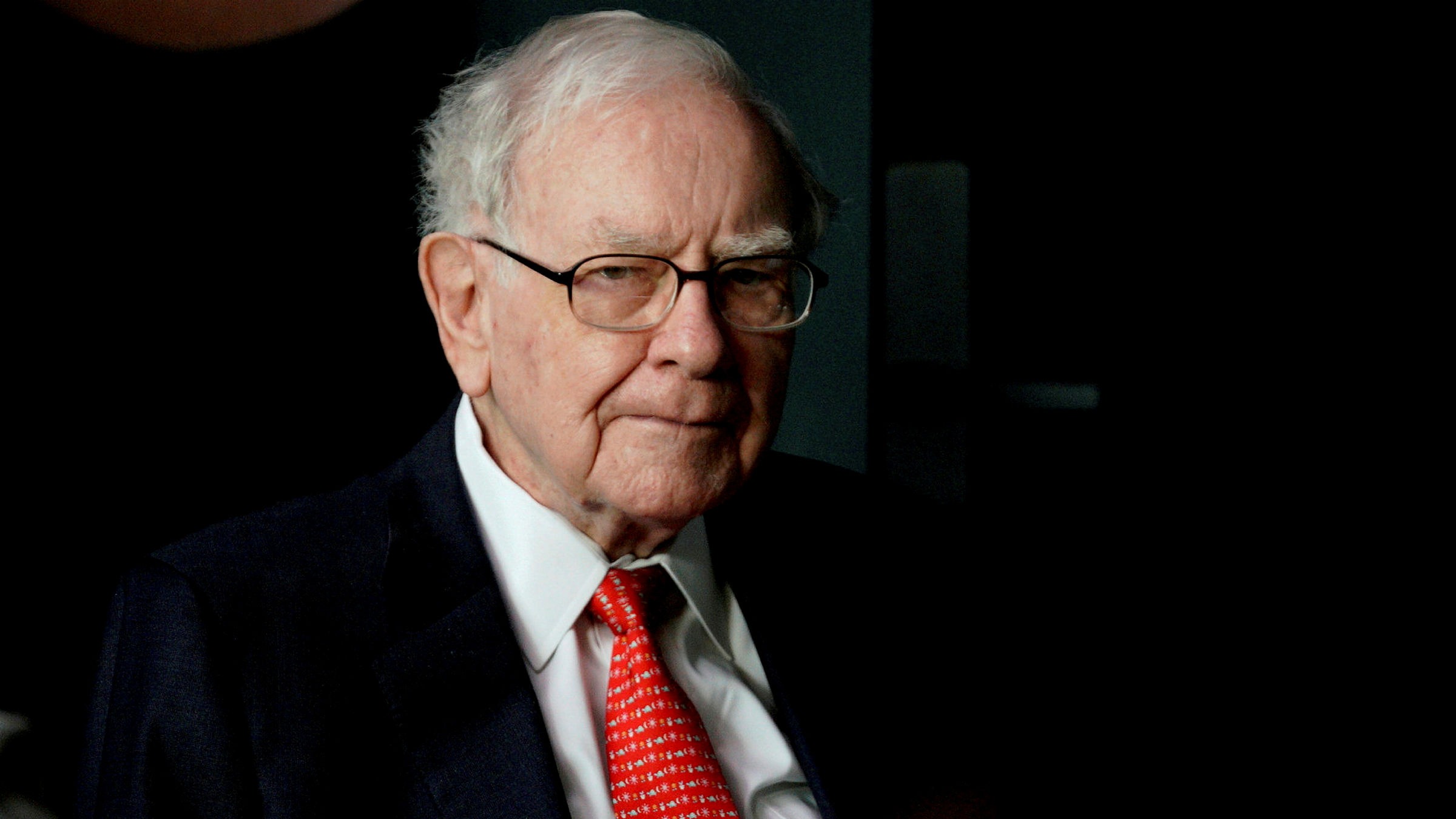 Interestingly, he filed his first tax return in 1944 when he was only 14. Warren Buffet also bought shares in the textile company, Berkshire Hathaway, and became the majority shareholder. He is popularly known as the ‘Oracle of Omaha’. His business portfolio includes various other things too: insurance, railroads, energy distribution, and consumer products.

Larry Page is the co-founder and board member of Alphabet (GOOG). The business tycoon from California is the owner of worth $103 billion, making him the fifth richest man in America. He also has a 6 percent ownership stake in his company. Besides this, the total valuation of Larry’s remaining assets ranges up to $14.6 billion in cash. He embarked on his path to fortune and fame in a college room. Larry, along with his friend, Sergey Brin, came up with the idea of improving the data instruction on the Internet. They devised a new search engine technology and dubbed it ‘Backrub’. From there, the duo went on to find Google in 1998. Today, Google remains a dominant internet search engine, accounting for over 92 percent of global search requests. Google also released its Android mobile phone operating system in 2008.

We all know Larry Ellison as the founder of Oracle. He was born in New York and graduated from the University of Illinois. Currently, his net worth ranges up to $103.3 billion, making him one of the richest men not only in America but the whole wide world. He joined Tesla’s board in December 2018 after purchasing 3 million Tesla shares in the same year. Besides this, Larry holds a 40 percent ownership stake in his own company, Oracle, valued at $63.3 billion. The businessmen have other assets, including $13.1 billion in public assets in Tesla equity and $17 billion in cash and real estate investment. Larry Ellison moved permanently to the Hawaiian Island, Lanai. Reportedly, he bought all of them in 2012 and paid an astronomical price of $300 million.

We talked about the genius minds of Larry Page and Sergey Brin who created Alphabet (GOOG). With a total net worth of $99.1 billion, Sergey Brin remains the sixth richest man in America. He also has an ownership stake of 6 percent ($84.4 billion in total). Although Sergey was born in Moscow, Russia, he moved to the United States when he was only six years old in 1979. 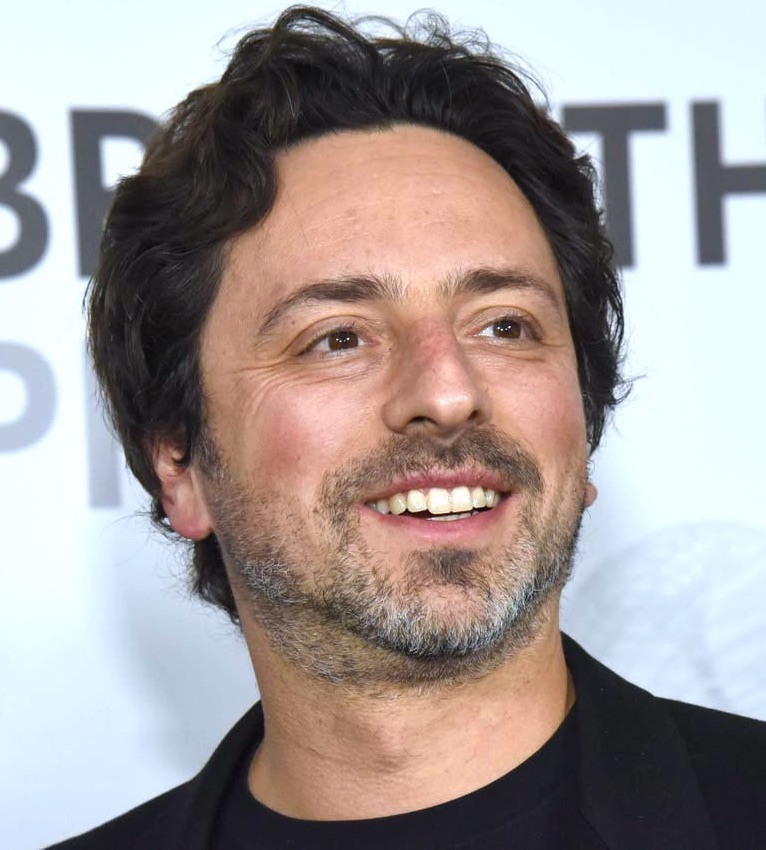 After co-founding Google with Larry Page in 1998, he became the president of technology. Sergey held the same post at the Alphabet holding company after its establishment in 2015. However, in 2019, he stepped down and the company was taken over by Sundar Pichai. The total evaluation of Brin’s remaining assets in cash ranges up to $14.8 billion. At present, he lives in California with his family.

Steve Ballmer is a businessman from Washington. He is the owner of the Los Angeles Clippers and the seventh richest man in America. Ballmer has a total net worth of $95.9 billion with a 4 percent ownership stake in Microsoft. Other assets of this billionaire include his company and $6 billion in cash. Steve joined Microsoft in 1980 after getting convinced by Bill Gates to drop out of the MBA program he was pursuing at Stanford University. He was the 30th employee of the company. He went on to succeed Gates as the CEO of Microsoft in 2000. After holding his position for 14 years, he finally stepped down in 2014. Alongside this, he also oversaw the 2011 purchase of Skype. After stepping down from the company, he purchased his own Los Angeles Clippers basketball team for a whopping $2 billion.

With a whopping net worth of $82.0 billion, Michael Bloomberg is the ninth richest man in America and one of the richest businessmen worldwide. He co-founded the financial information and media company, Bloomberg, LP, in 1981. Michael Bloomberg put in the seed funding for the company. At present, he owns 88 percent of the business with revenue worth $10 billion. Bloomberg was started on Wall Street in 1966 with an entry-level job at investment bank Salomon Brothers. Besides being a successful businessman, Michael Bloomberg is also looked upon as a noted philanthropist in America. He has donated over $12.7 billion for many causes, including gun control in America, climate change worldwide, and other projects. Interestingly, Michael Bloomberg has also been the mayor of New York City and served for 12 years. This self-made man is 80 years old and has two children.

Jim Walton is the youngest son of the founder of Walmart, Sam Walton. At present, Jim happens to be the tenth richest businessman in America. His net worth extends up to a total of $61.4 billion, respectively. Jim serves as the chairman of his family’ Arvest Bank. At present, this bank boasts assets of over $20 billion. 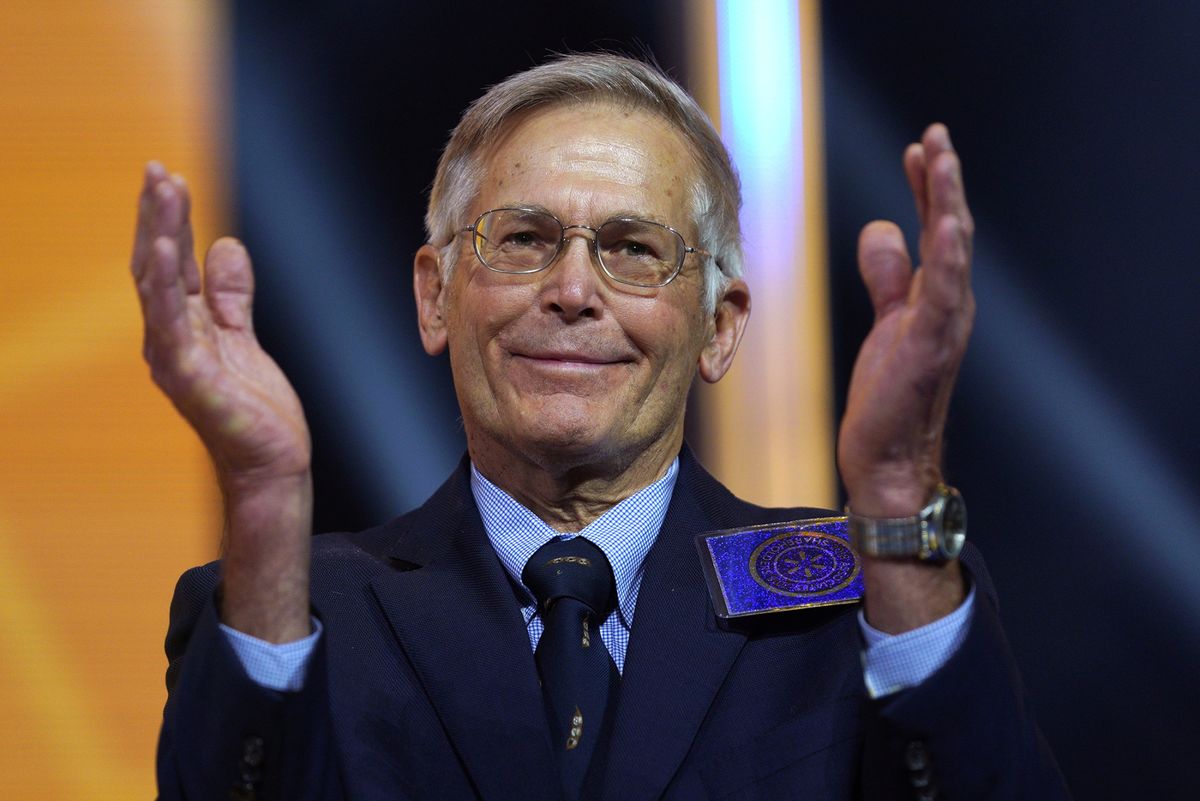 He sat on the board of the company for over a decade and later yielded the seat to his son, Steuart, in 2016. Jim and the other heirs of Sam Walton have a collective half of the stock of Walmart. He, along with his sister, is spearheading a program that is likely to issue $300 million in bonds to help charter schools invest in facilities.

At present, there are more than 2,755 billionaires in the world. The majority of these people are the founders of technology firms. A huge portion of their wealth is invested in these enterprises as publically traded stocks. Thus, their net worth is often subjected to fluctuations and depends upon the changing market valuations.

America alone has many billionaires who have made it big and continue achieving laurels for their companies. We hope you enjoyed reading this list of the top billionaires in the United States of America. Keep in touch for more news and updates.

Brittany Murphy’s Death that Shocked Everyone: What Happened?