15 Most Powerful and Strongest Pokemon of All Time

Pokemon has been around for a long time in this generation. There are currently 900 Pokémon species, and determining which are the strongest and which are the weakest is challenging. When it comes to Pokemon, it’s self-evident that we go for the strongest. If you’re a Pokemon Trainer looking for the most powerful Pokemon, we can assist. 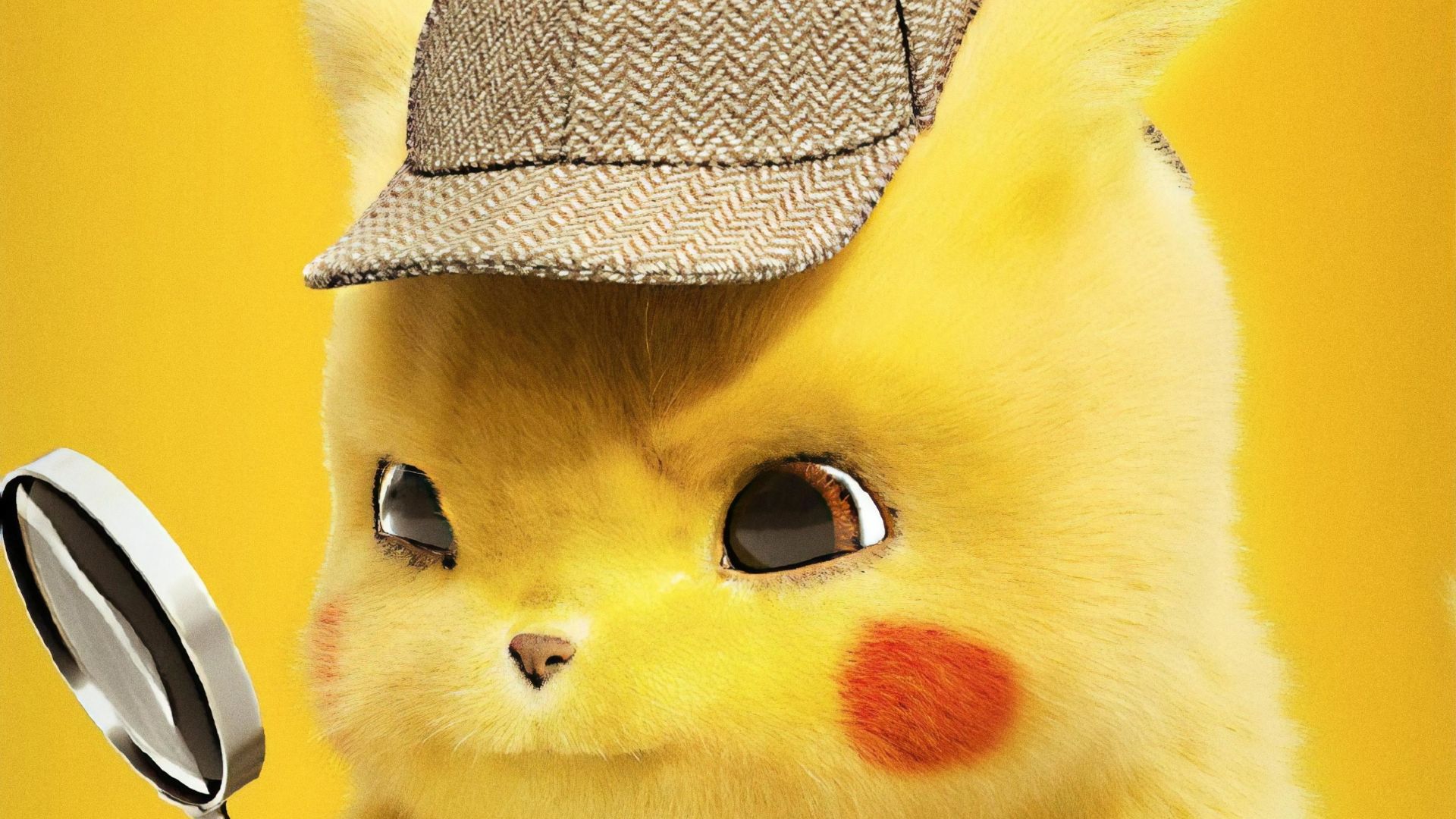 Everyone is familiar with Pikachu and Charizard, as they are the most popular and well-liked Pokemon. It’s astonishing to learn that there are more powerful Pokemon than them. We’ve already presented a list of the 15 most powerful Pokemon in terms of rank.

15 Most Strongest Pokemon Out There

Here are the 15 strongest Pokemon that you would like knowing. Let’s get right into it. 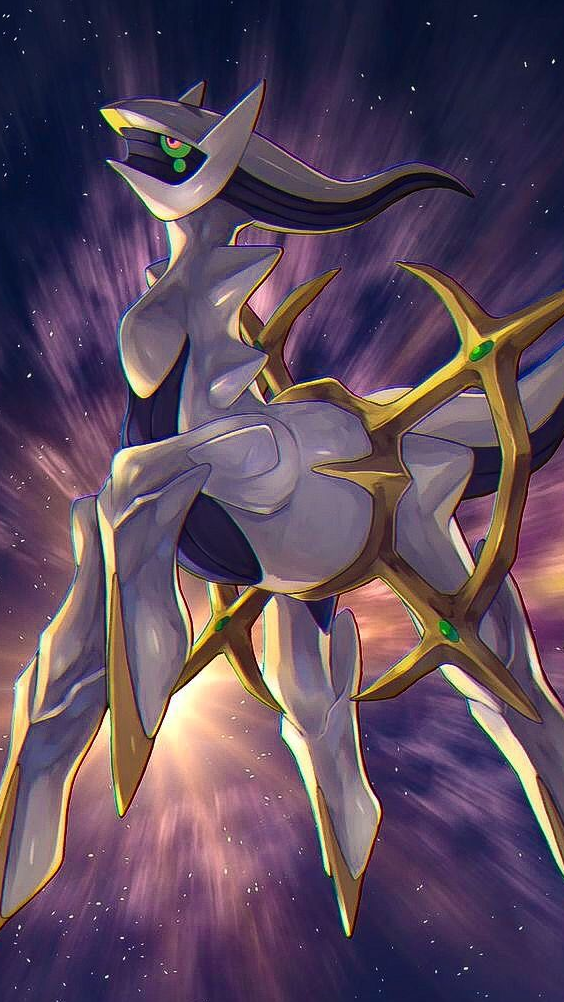 It can change into any form. In Generation IV, the move Judgment was added as a Normal-type move. It is Arceus’s signature move. Arceus is also capable of creating Legendary Pokémon.

Well, Mewtwo holds a 2nd place in our list. There’s definitely so much debates upon who’s the strongest Pokemon among Arceus and Mewtwo. Mewtwo is basically a legendary Pokémon with Psychic abilities. If you’re a pro player who knows everything there is to know about Pokemon, you must be aware of Mewtwo’s power. 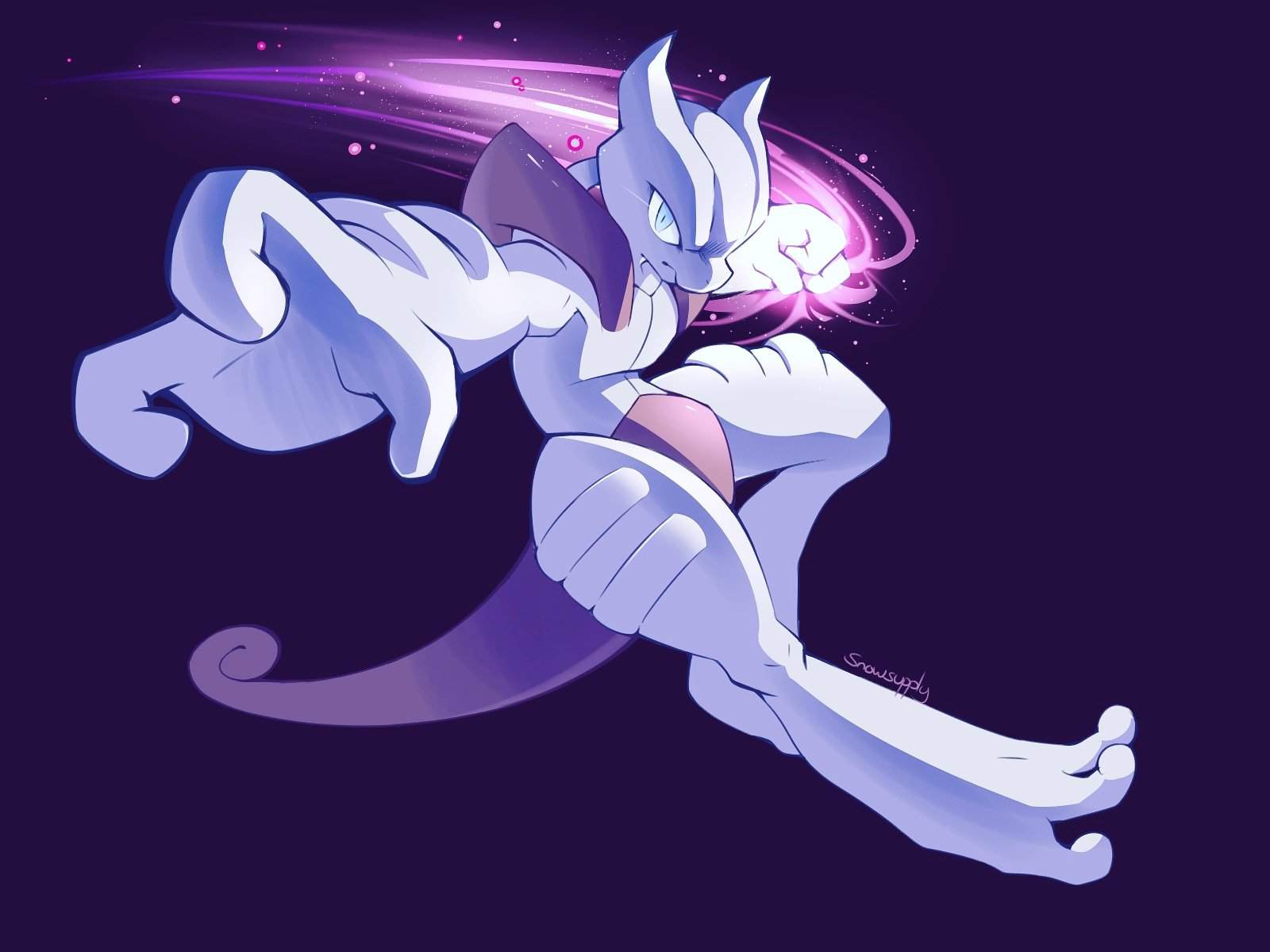 Mewtwo, with a maximum CP of 4,724, is the ideal Psychic-type attacker. Mewtwo is unfazed by its enemies’ minds being controlled and its ability to teleport. Mewtwo’s skills are on full display in the current Detective Pikachu movie, portraying how stunningly strong this Pokémon is. It boasts a one-ton grip strength and can sprint 100 meters in under two seconds. Despite its shrinking stature, its mental strength has increased dramatically.

Rayquaza is a Legendary Pokémon from the Hoenn region that is a Dragon with a Flying type. It does not transform into or from any other Pokémon. Rayquaza is estimated to be hundreds of millions of years old. 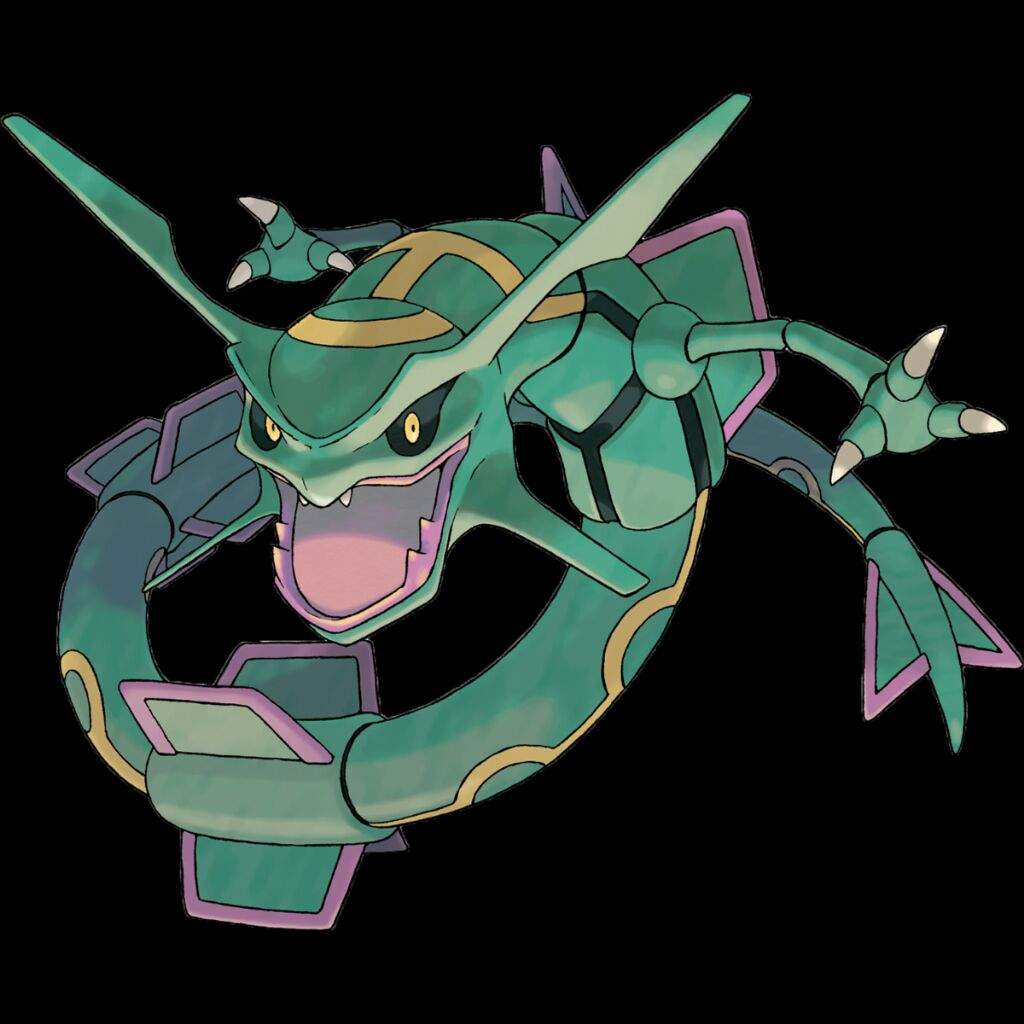 Legends persist about how it ended the battle between Kyogre and Groudon. This dragon Pokémon, which is 23 inches tall and weighs 455 pounds, can fly and boasts one of the most powerful attacks of any Pokémon.

In Generation II, Aeroblast was added as a damage-dealing Flying-type ability. It is Lugia’s signature move. Lugia is a Pokémon of the flying and psychic types. Fighting Pokemon’s of the flying kind are strong against grass. Lugia has the power to make the waves stormy or calm. 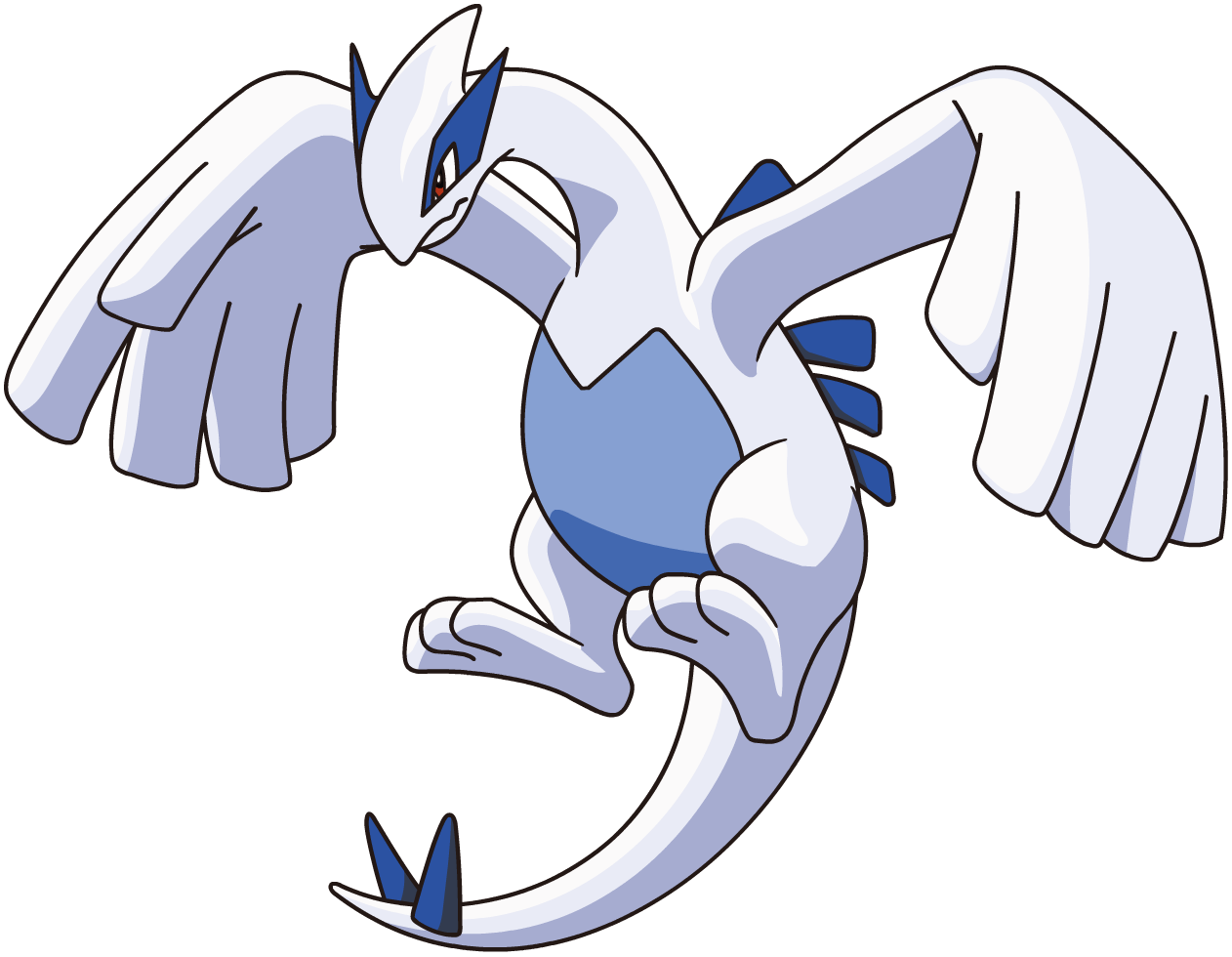 Lugia’s strength is estimated to be such that simply spreading its wings may produce tremendous storms. Lugia chooses to live deep underwater to avoid any potential harm as a result of this.

It is a Legendary Pokémon of the Ghost/Dragon type. Giratina is the Pokémon Platinum Version Mascot. Along with Dialga and Palkia, it is a member of the Trinity Trio. Giratina is one of the most frightening Pokemon in the history of the franchise. 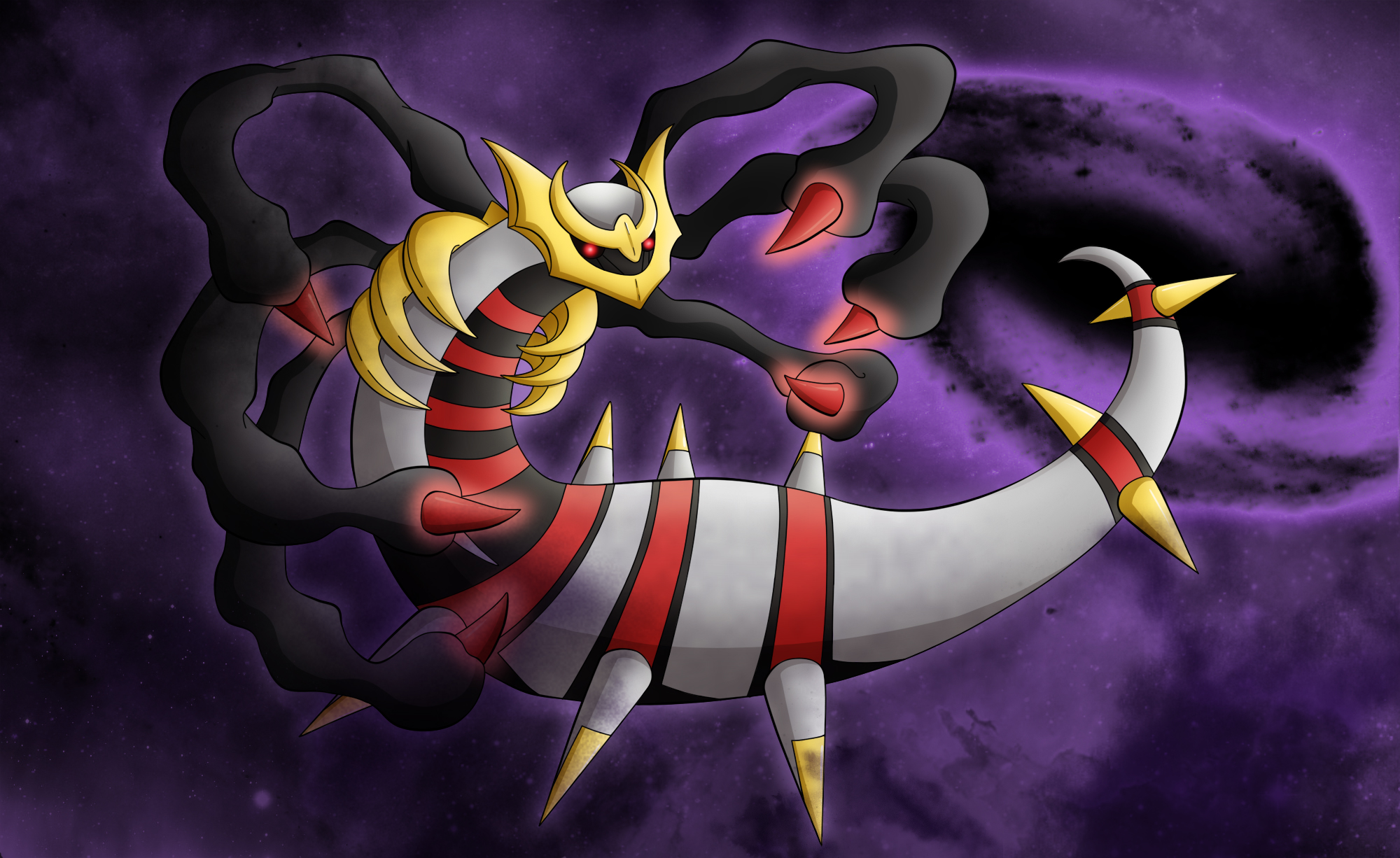 In Generation IV, Shadow Force was debuted as a Ghost-type move. It is Giratina’s signature move. The pokemon is sometimes portrayed as the deity of war, famine, illness, natural disasters, and great misfortune, as they are common causes of death for many people.

In the earlier, it collaborated with a people’s monarch to defend the Galar area. It absorbs metal, which it subsequently employs in combat. In the guise of a statue, this Pokémon slept for eons. 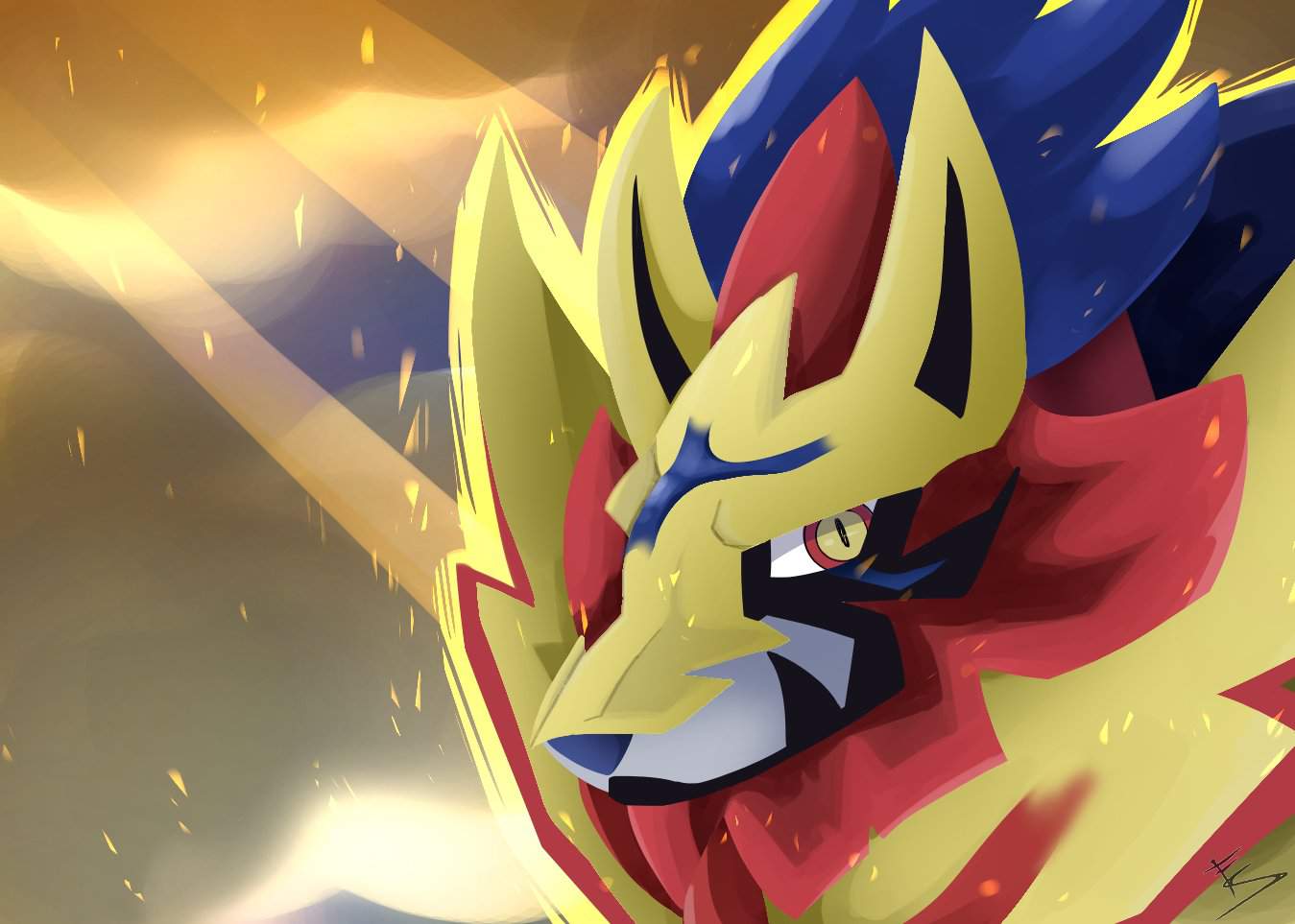 People had forgotten about it because it had been sleeping for so long. It was given the name Fighting Master’s Shield because of its capacity to deflect any strike. Everyone feared and admired it.

Zygarde is a Legendary Pokémon of the Dragon/Ground type that debuted in Generation VI. Along with Xerneas and Yveltal, it is a part of the Aura Trio. Zygarde’s maximum IV stats are 108 HP, 100 Attack, 81 SP Attack, 121 DEF, 95 SP DEF, and 95 SPEED. 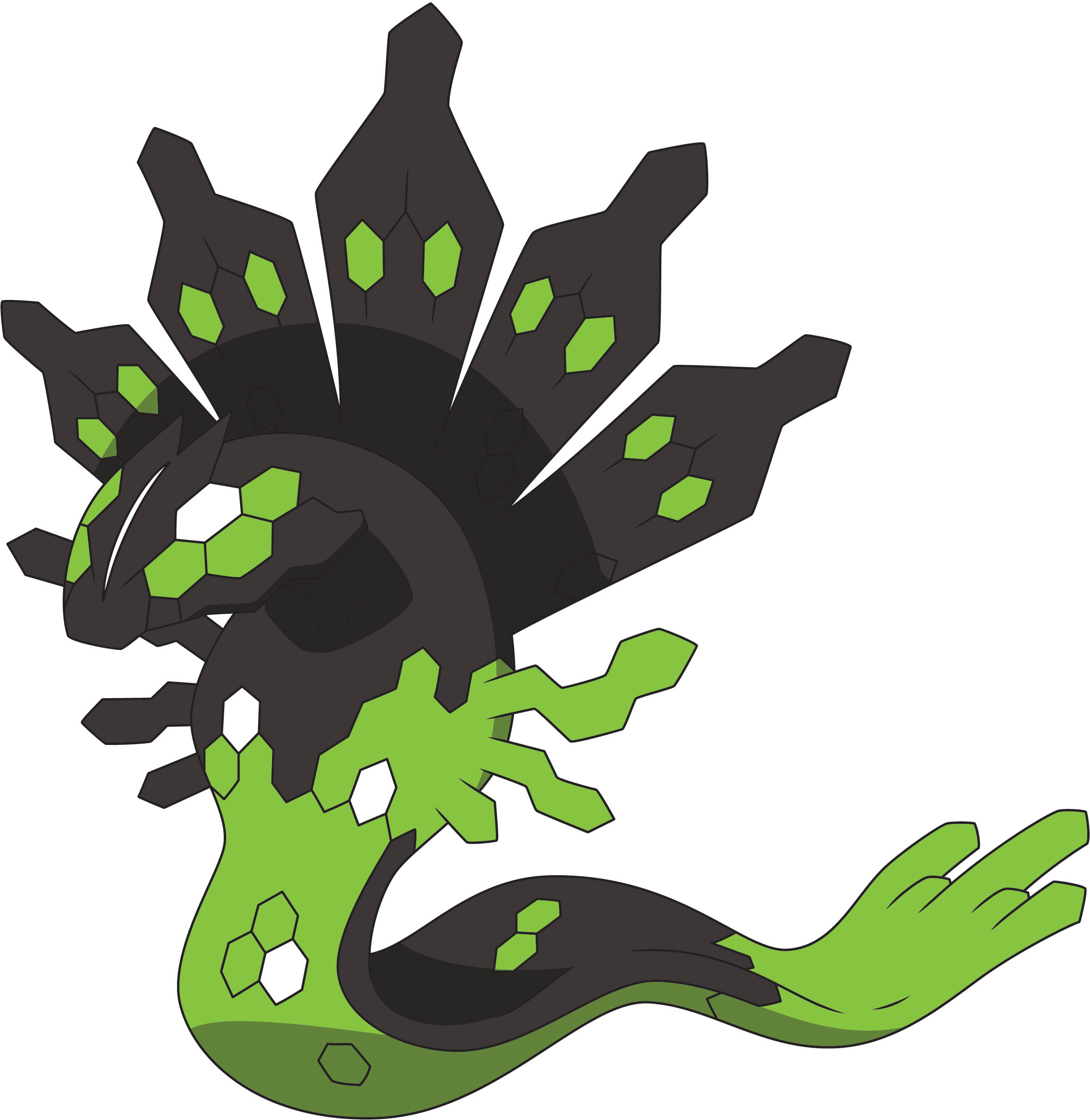 Kyurem is a Legendary Pokémon of the Dragon/Ice type that debuted in Generation V. Along with Reshiram and Zekrom, it is a member of the Tao Trio.

Dragon Breath & Draco Meteor is Kyurem’s strongest move-set, with a Max CP of 3,575. It’s also a wonderful addition to be capable to choose between a physical and a magical attacker. 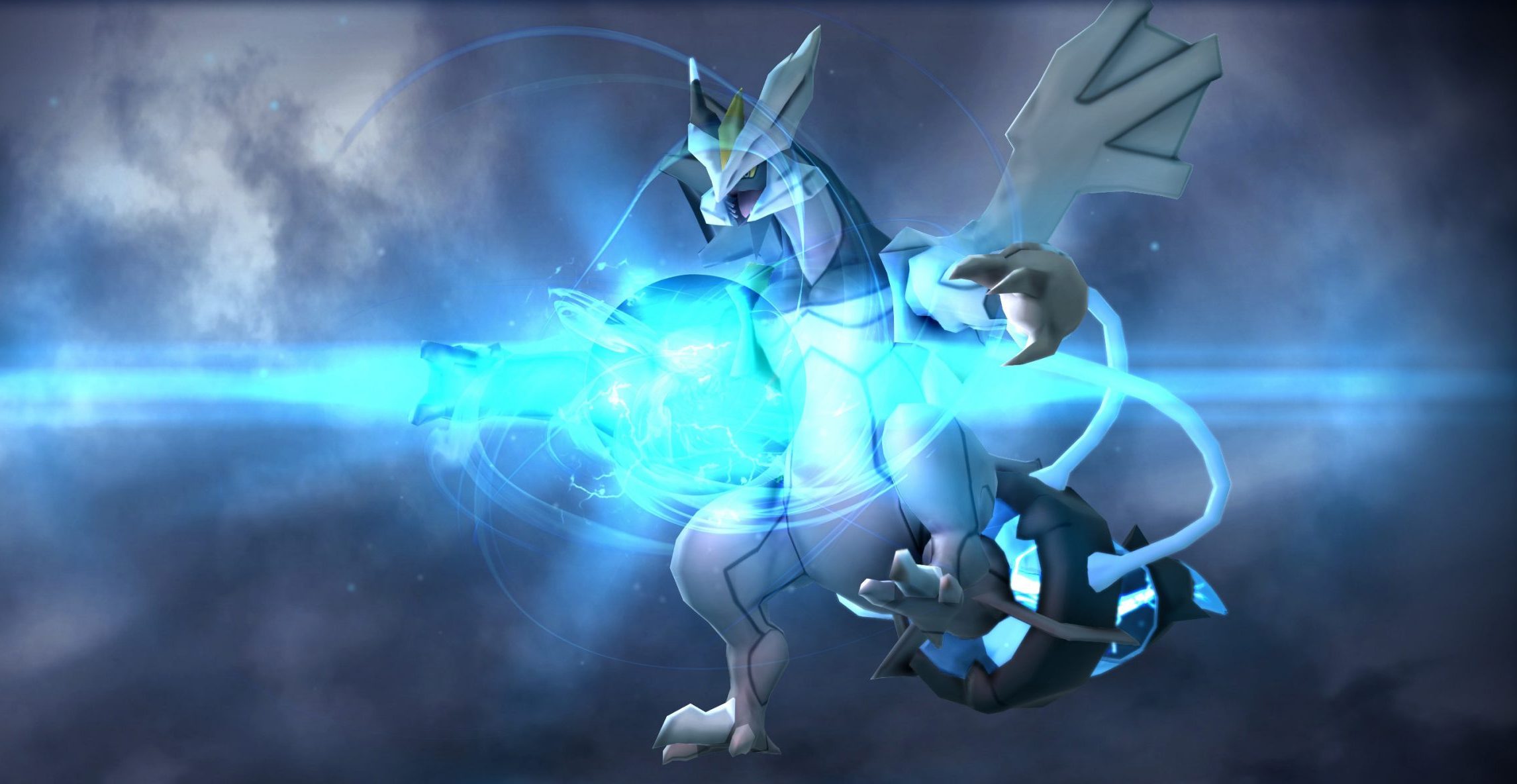 Eternatus is a Poison/Dragon Pokémon that first appeared in Generation 8. The Gigantic Pokémon is its name. The player confronts a powered-up form of Eternatus known as Eternamax Eternatus at the climax of Pokémon Sword and Shield, despite the fact that it is not known to develop into or from any other Pokémon.

Alakazam is a Psychic-type Pokémon that emerges from Kadabra in Generation I. It has 2887 Max CP, 271 Attack, 194 Defense, and 110 Stamina. Alakazam’s signature move, Kinesis, allows it to reduce its enemies’ accuracy by twisting the spoons it wields. 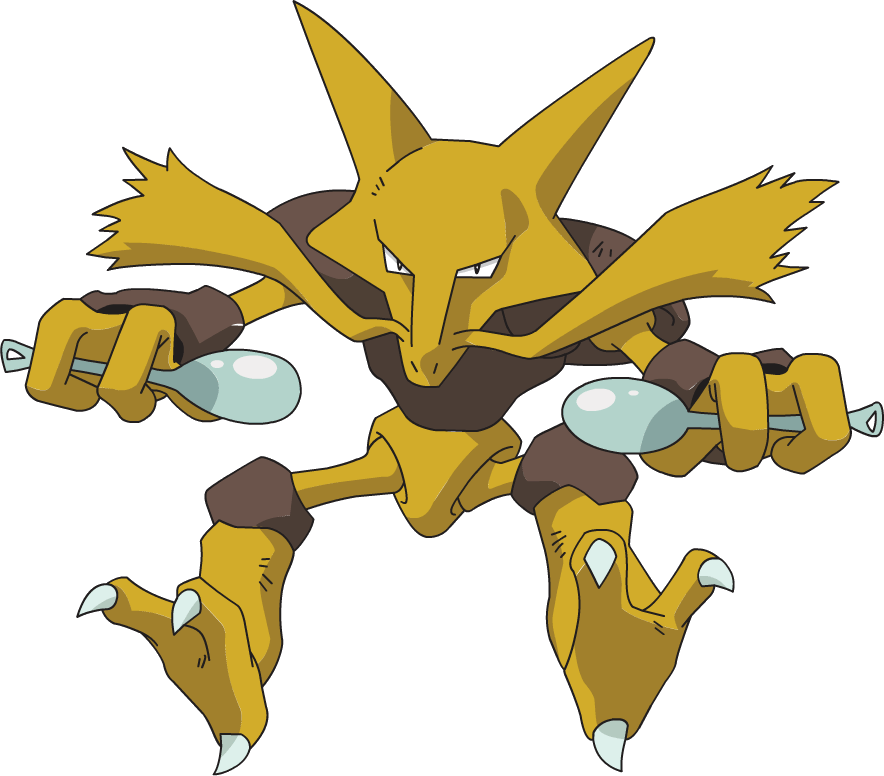 Dialga is a Legendary Pokémon of the Steel/Dragon types. It is the Edition Mascot for the game Pokémon Diamond. It is Palkia’s opponent and, together with Palkia and Giratina, a member of the Creation Trio. 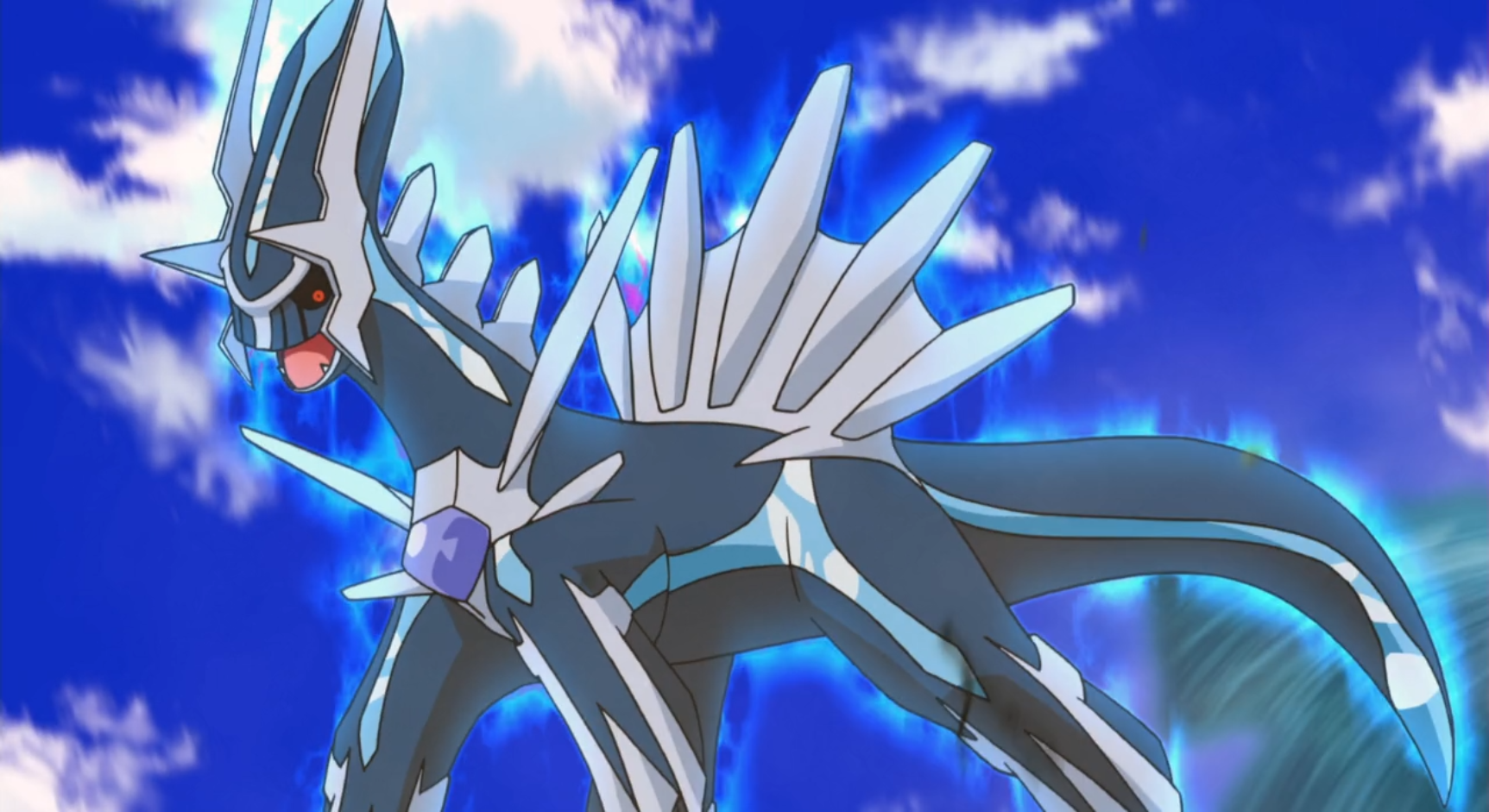 Dialga appears to be a ferocious fighter who places a higher value on the overall battle than the first aims. Its first reaction upon meeting Palkia, as seen in The Rise of Darkrai, was to engage in a massive territorial struggle.

Ho-Oh is a Legendary Pokémon of the Fire/Flying types that appeared in Generation II. It is the Version Mascot for Pokémon Gold, including its new adaptation, Pokémon Heart Gold.

Ho-Oh is also the Legendary Beasts’ Trio Master. It specializes in specialized protection, but also has respectable ratings in assault and special attack. 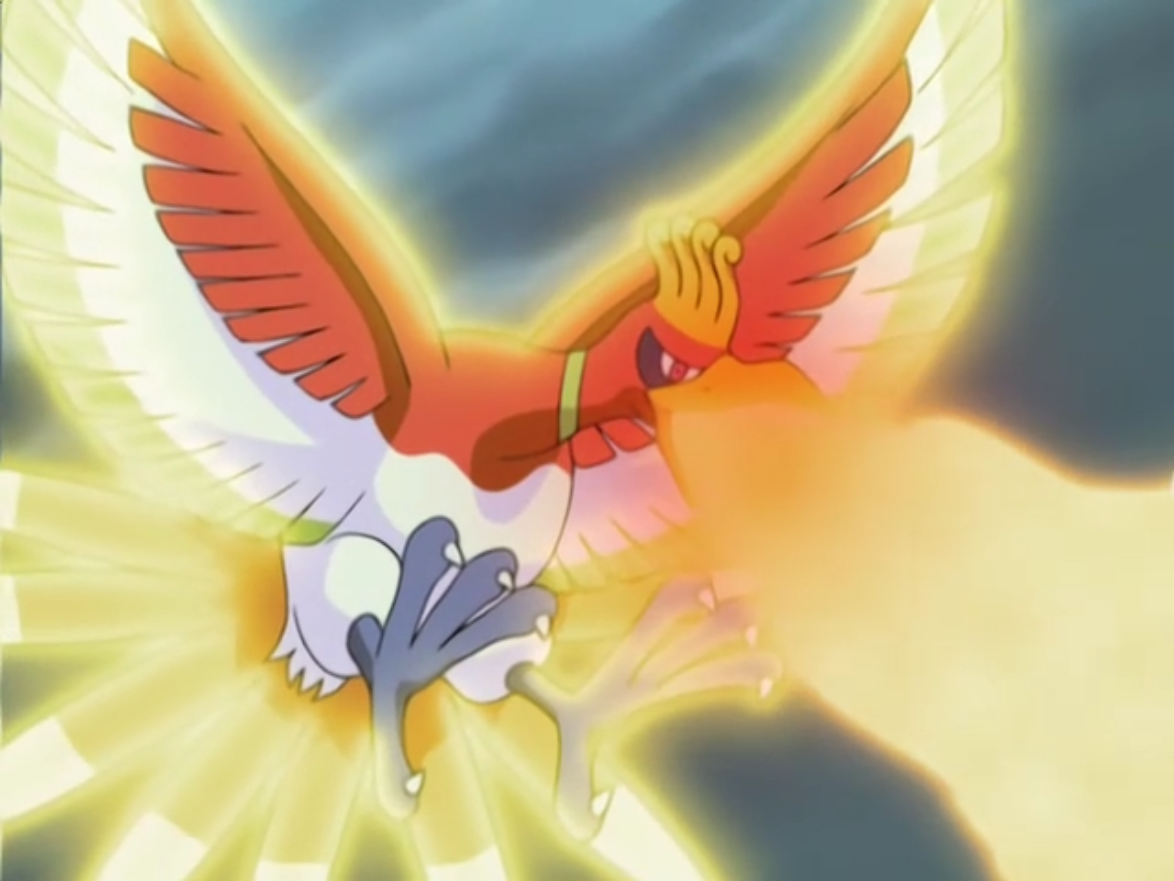 Palkia is a Legendary Pokémon of the Water/Dragon types that emerged in Generation IV. It is the Version Mascot for Pokémon Pearl. It is Dialga’s adversary. 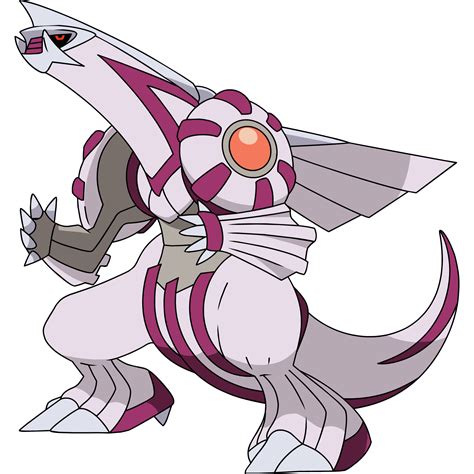 Spacial Rend is a Dragon-type move that deals damage. It was first introduced in Generation IV. Palkia was granted command of the ethereal seas of space in terms of giving the universe more form and meaning.

Groudon is a Pokémon of the Ground type that arrived in Generation 3. It is recognized as the Continent Pokémon. Groudon has long been regarded as the Pokémon who extended continents and elevated lands. 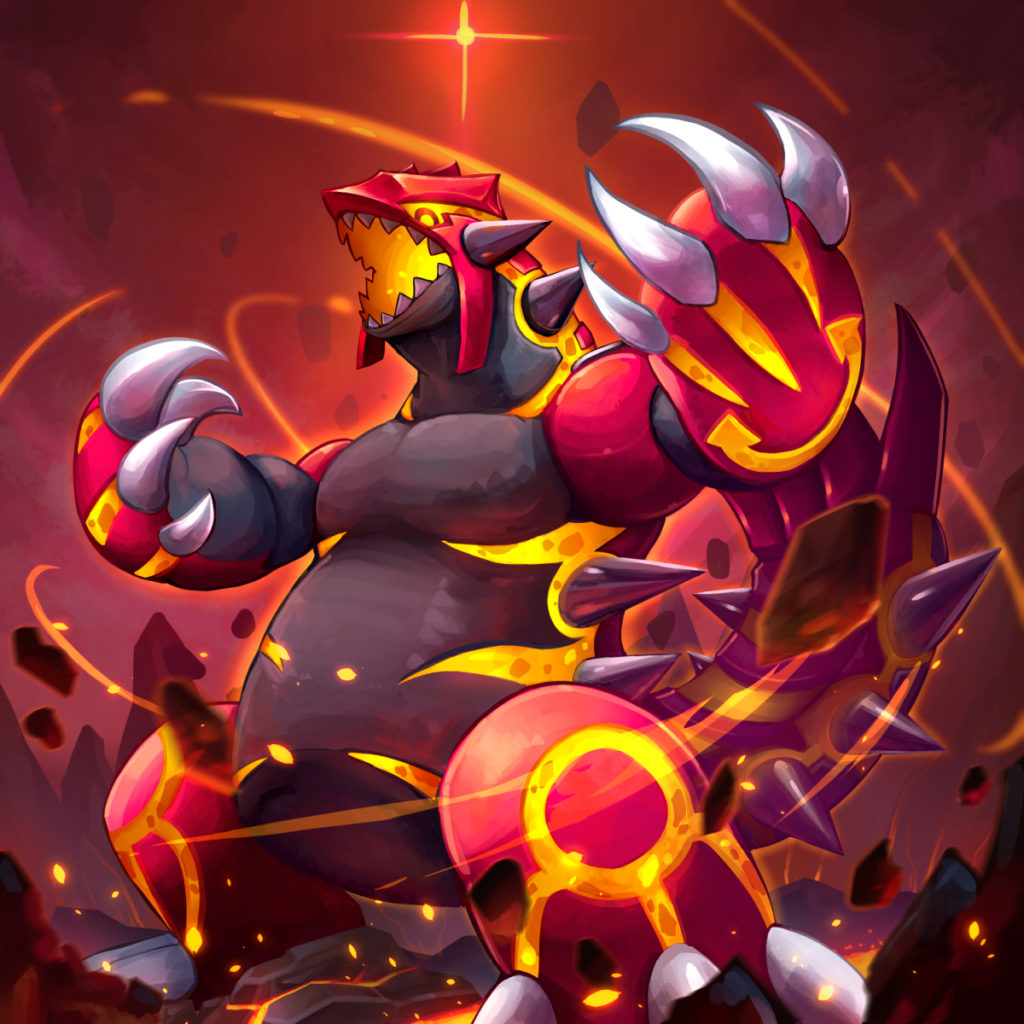 With light and heat, Groudon may spread rain clouds and cause water to evaporate. In mythology, Groudon is credited with inventing the land. It sleeps underground in magma and is thought to cause volcanoes to erupt when it awakens.

Kyogre is a Pokémon of the Water type that appeared in Generation 3. It is known as the Sea Basin Pokémon. Kyogre has the ability to create huge storm clouds that span the entire sky and cause torrential rain. 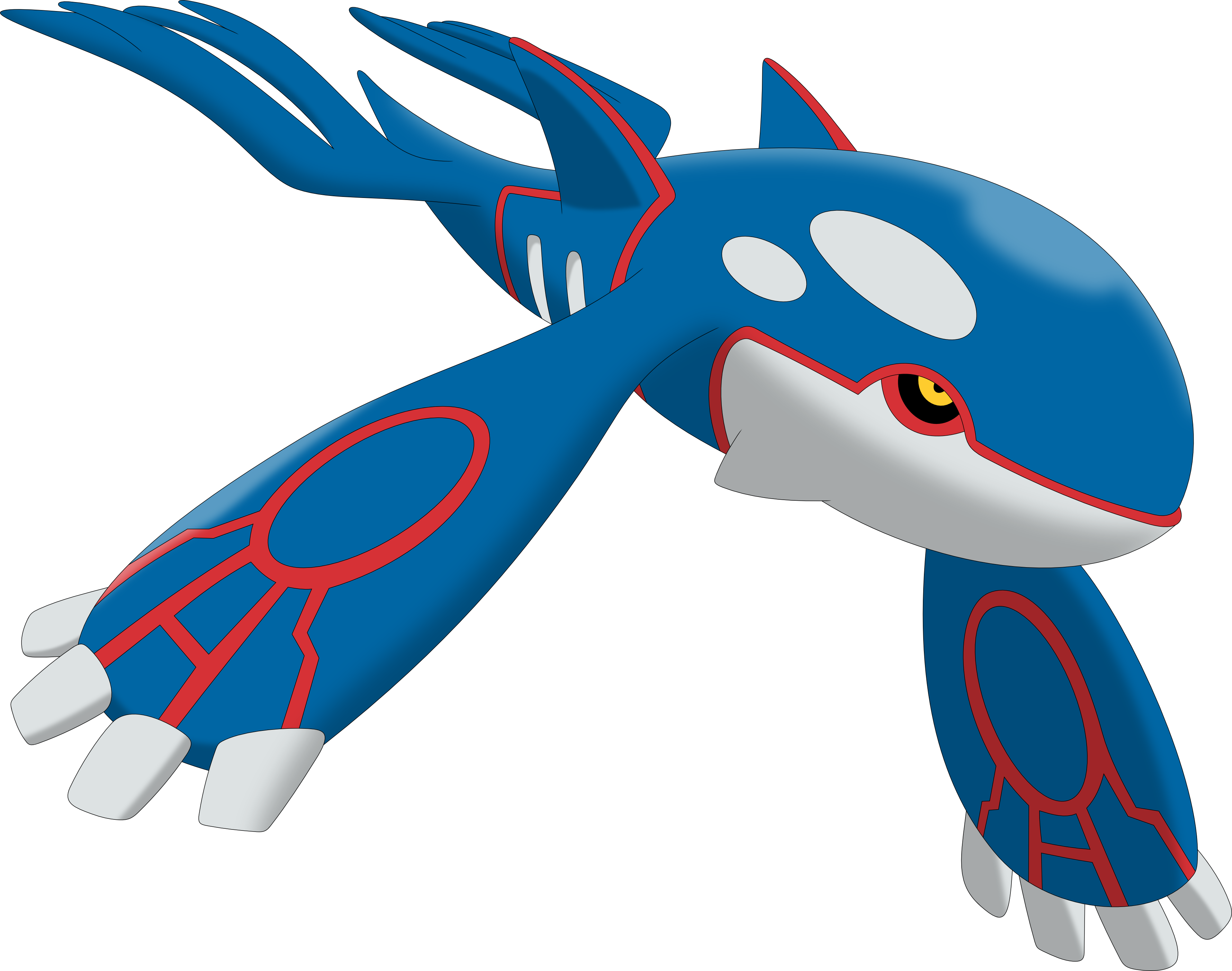 Kyogre is the Pokemon who enlarged the sea by engulfing the land with severe rains and colossal tidal surges, according to legend. By bringing torrential rains, this POKéMON is claimed to have extended the sea. It has the ability to manipulate water.

Those were some of the most powerful Legendary Pokémon slaying the Pokemon planet with their abilities. Well, every Pokemon has a vulnerability, and they do as well. They’ve established themselves as the most powerful Pokemon. You could let us know which is your favourite Pokemon and why in the comment section below.

How to Cancel Planet Fitness Membership?