12 Most Expensive Lego Sets in the World

Lego, which was first introduced in the late ’50s, has since become a globally recognized brand that is beloved by children and adults. In fact, so many people adore it that the following Lego sets are selling for exorbitant sums of money, for example, $4,276 for a single pizza slice.

In the minds of many, the name Lego automatically connotes superior quality. Due to its superior quality, this brand comes with a hefty price tag. Lego has always been that way, but with its recent releases, the company has set a new standard with its extremely high prices. You must be wondering what’s the most expensive lego set to date. Let’s find out.

In this article, we’ll mention the 12 most expensive lego sets available in the market.

12 Most Expensive Lego Sets in the World 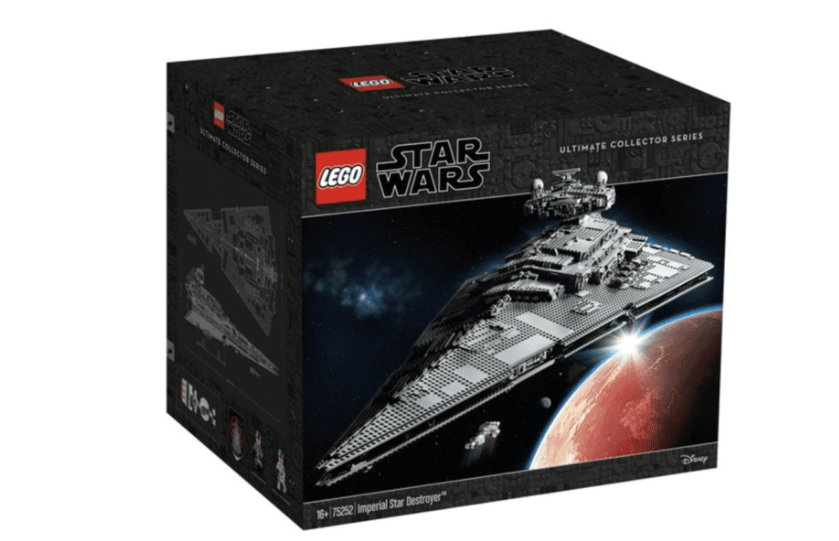 Get one of these while you can because they will soon become very costly after its discontinuance in 2022 end. 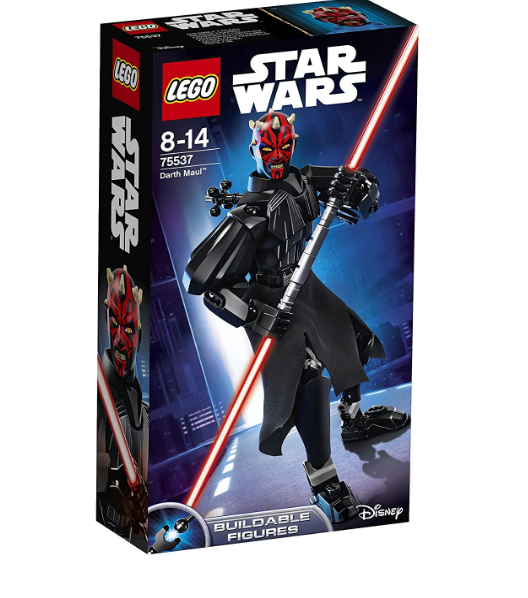 The next lego on our list is the spectacular head bust of Darth Maul. I would recommend seeing Star Wars: Episode I – The Phantom Menace if you are unfamiliar with him. There are more than 1800 pieces in this Lego set, making it an extremely challenging build.

If you want to build a set of this calibre, you require dedication, effort, and perseverance, but the rewards might be substantial among your fellow Lego enthusiasts. So, do try this out. 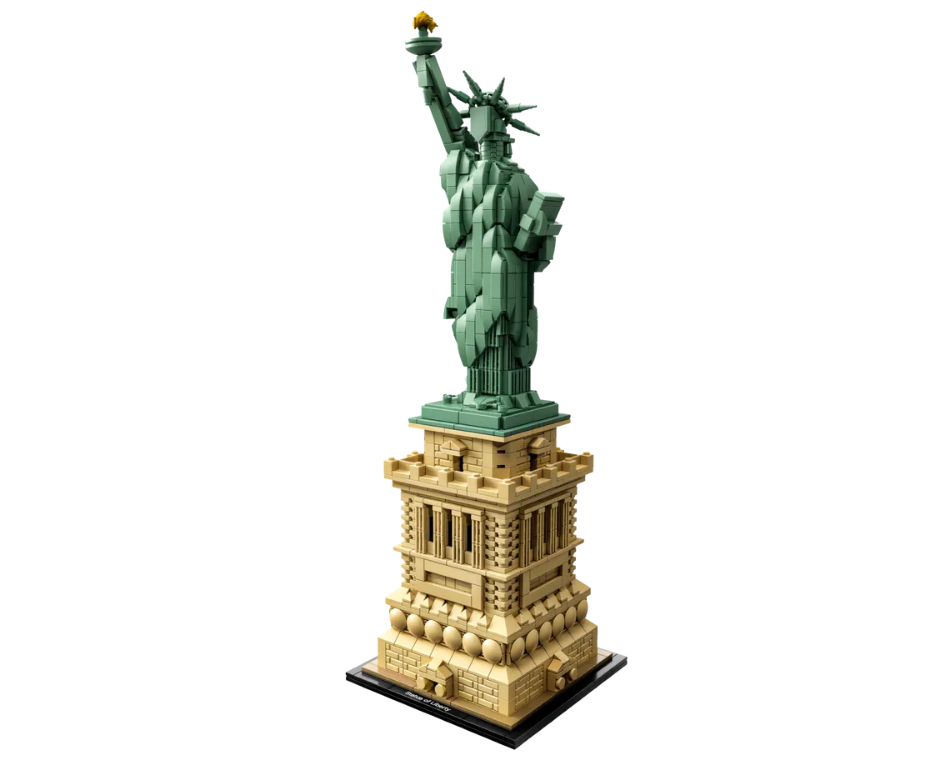 The next Lego kit depicts one of the most well-known statues in the world, i.e. the Statue of Liberty. This is considered one of the best Lego set in its range.

At a ghasting amount of over $2,000, you get to see 3000 pieces where you have to work hard to see the finished product. You’ll see a satisfactory idol when you are completed with the lego set. 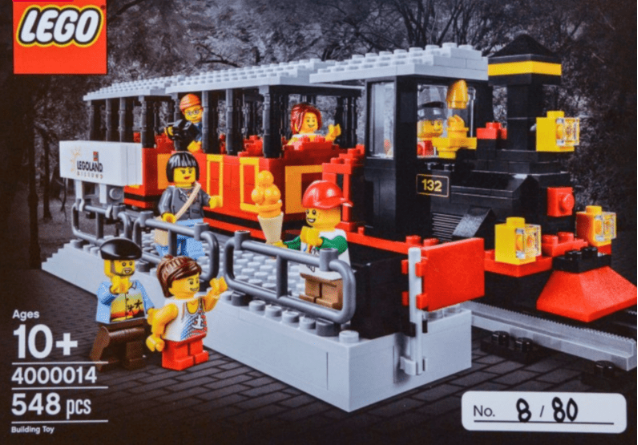 Those who attended the 2014 LEGO Inside Tour received this special gift. This lego is based on the model after the railway that actually travels around Denmark’s Legoland, located near Billund. More than three hundred and fifty sets of the LEGOLAND Train were given out as freebies to enthusiastic fans, and their value has steadily risen over the years.

There is both a rail line and a platform for the train to arrive at in the lego set. It also includes seven mini-figures. Train Conductors, Female Attendants, Males in Plaid Blue Shirt, Men, Women, Boys, and Girls are all included in this Legoland.

The 2012 New York Comic-Con featured an exclusive release of this LEGO set. It has a  really simplistic design, but this simple design manages to sell at a whopping amount of $4276. As you can see, it’s just a slice of pizza with some pepperoni. It’s constructed from 57 bricks and packaged in a box shaped like a pizza, complete with the Antonio’s Pizza emblem, a favourite of the Teenage Mutant Ninja Turtles.

The only other details we have are that it is extremely rare and one of the most costly LEGO sets currently available. 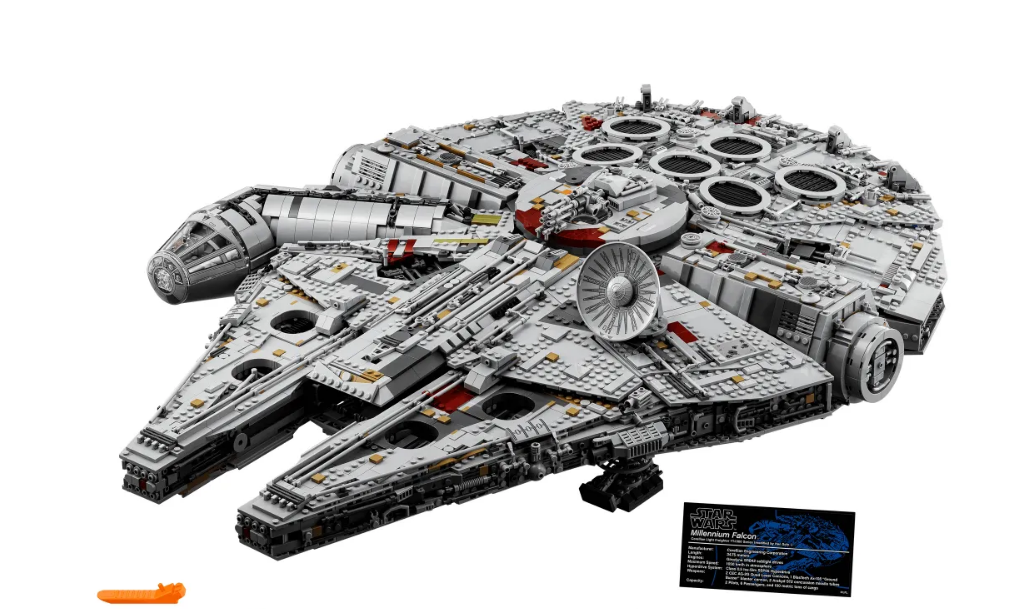 The Millennium Falcon is considered the one of largest lego Star Wars sets in the world. With its 5,174 pieces, it is the second-largest Lego set in the world, after the Taj Mahal.

Plus, there are five fantastic mini-figures within the box, including Obi-Wan Kenobi, Chewbacca, Princess Leia, Luke Skywalker, and Han Solo.

If you’re like legos and a big lover of Star Wars, this seems like a really sweet deal. Imagine the hours of entertainment it would provide. 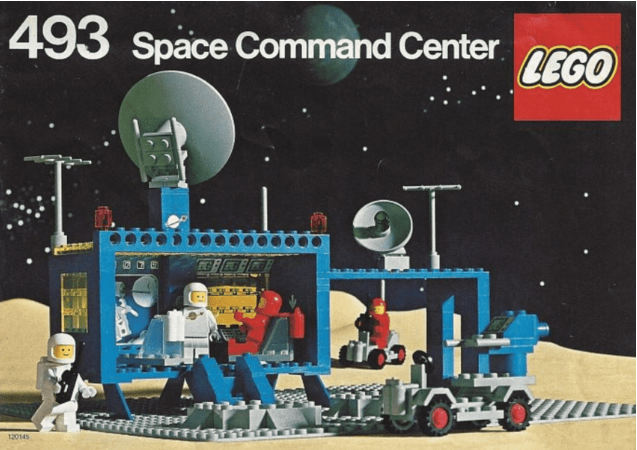 The Brick Economy estimates the value of a brand-new, factory-sealed copy of this iconic LEGO set at $7,262. A used version of the set may be purchased for roughly $2,000. First available in 1957, this 111-piece set was discontinued after five years of manufacturing. When it was reissued in 1960, it became an instant classic and has remained a masterpiece in the LEGO lineup ever since.

White bricks with the words “Fire Station” are printed on them, and the value of this model has only gone up since it was first released. Words are printed in a variety of languages, and the font used varies depending on where in the world you buy the set. This probably justifies its price. 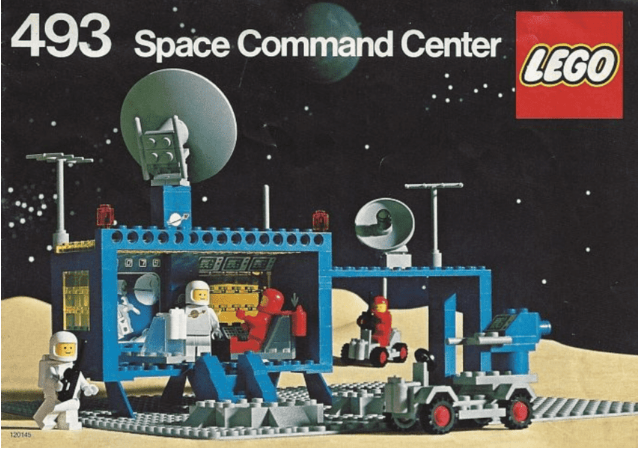 This LEGO Command Center from 1979 is a cult classic among LEGO lovers. Brick Economy reports that there haven’t been many of these sets for sale of this LEGO created by designer Jens Nygaard Knudsen in recent years, which explains the high asking price.

This isn’t a very difficult set in terms of piece count (173), but it is the first to ever include a creator base. As time went on, this became the standard for constructing LEGO space sets. This awesome set includes the control room, two space rovers, and four Minifigures: two red astronauts and two white astronauts. 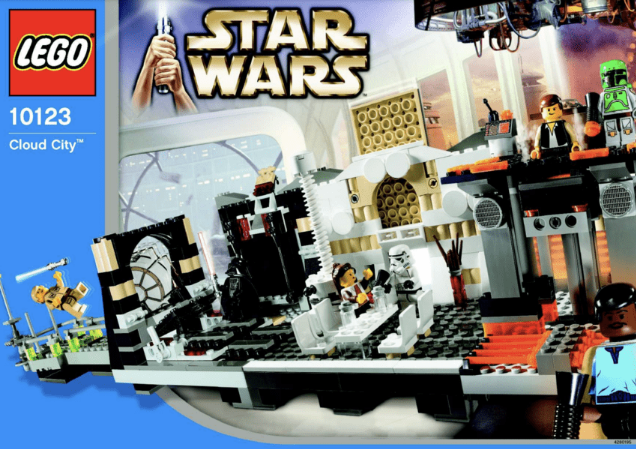 Despite the fact that newer LEGO Star Wars Cloud City sets have more features than the original 2003 version, including Minifigures, none of them has sold that well. LEGO designer Bjarke Lykke Madsen created this highly magnificent collectable piece based on Cloud City, located on the planet Bespin in the Star Wars film The Empire Strikes Back.

It contains the carbonite chamber where Han Solo was frozen and a landing pad large enough to accommodate both the Cloud Car and Boba Fett’s LEGO Slave One spaceship. Miniature versions of Darth Vader, Luke Skywalker, a stormtrooper, Boba Fett (Markings), Han Solo, Han in Carbonite, Princess Leia, and Lando Calrissian are included in the set as well. 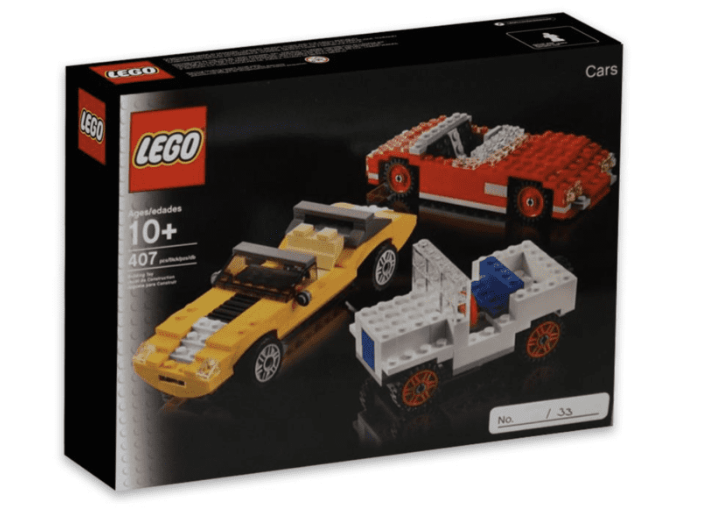 This LEGO set is one of the priciest in the world and has no official name, however, it is commonly referred to as “Cars.” There are three vehicles in total, including a jeep and two sports cars. They all look distinct from one another because of their varied colours and fashionable designs. Once again, those who made it to the LEGO Inside Tour in 2010 were rewarded with this exclusive LEGO kit.

The legendary LEGO designer Steen Sig Andersen created this kit, and only 33 were made. Fun fact: Steen Sig Anderson used two vehicles built by Kjeld Kirk Krinsansen when he was a child. 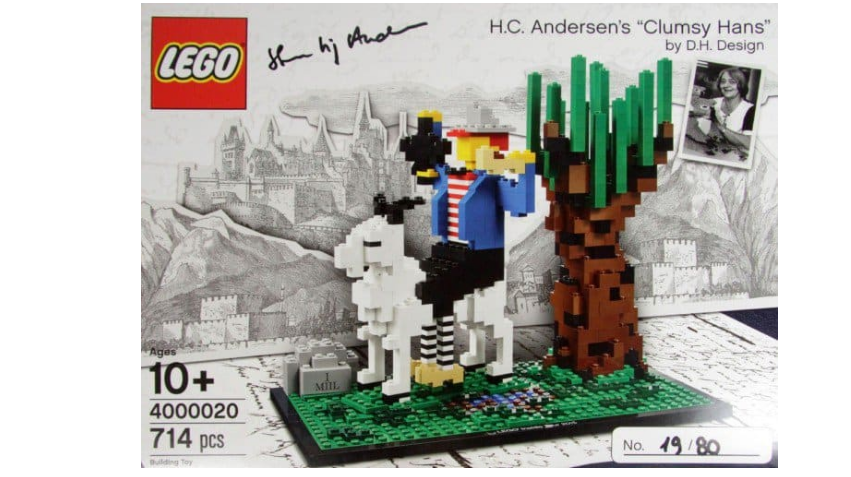 This LEGO set is extremely rare because it was never sold in the stores. In 2015, 80 Lego Ambassadors received a special gift: a set of LEGO H.C. Andersen’s Clumsy Hans. The high cost is mostly attributable to the fact that many owners have chosen to hold onto their models despite the rising demand. The last set of LEGO H.C. Andersen’s Clumsy was auctioned at a whopping amount of $7,375.

This lego statue of Clumsy Hans riding a goat(apparently) is made out of 714 pieces of Lego bricks. These collections are all numbered separately from one to eighty. Despite the fact that there is already one listed for $2,564 on Brick Economy, this bad boy is guaranteed to sell for significantly more if it receives even a handful of bids. 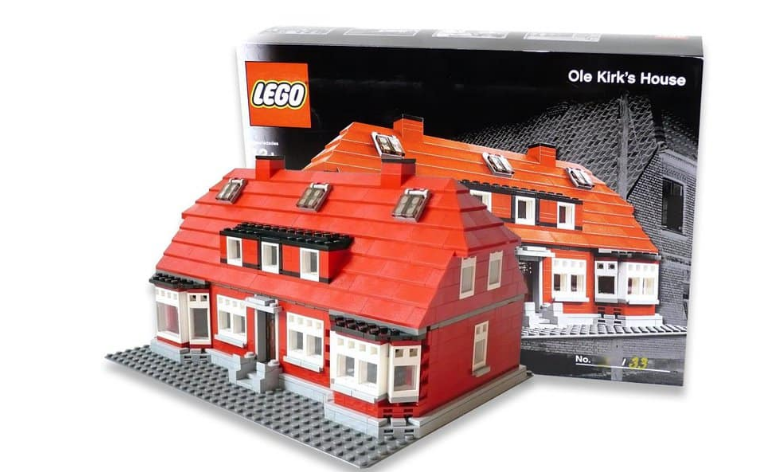 One of the rarest and most expensive LEGO sets is also considered the most wanted set of Lego.  Participants in the 2009 LEGO Inside Tour received the special edition of the LEGO Ole Kirk’s House set. There are only 32 of its kind in the market. All the thirty-two sets are numbered and they fetch a pretty good deal in the open market price which, if averaged, is around $10,733.

The inspiration for this set came from LEGO creator Ole Kirk Kristiansen’s childhood home. Replicating Kristiansen’s old house down to the last detail, this LEGO set uses 910 pieces to create an exact miniature.

In order to buy this model, you have to make certain that you have the correct version of this. Because there’s another smaller set of such models that you can also purchase at $500-priced. Do not confuse between the two as it may make you pay around $11k for a Lego set that’s only $500.

Shocked to see the gigantic price of these Lego sets. Who would have assumed at the beginning that these masterpieces would be so expensive? But, as mentioned above, these Lego sets are limited editions which adds up to the amount. So, which one do you like the most?