Funko Pop! collectible figures have become increasingly popular among collectors of all ages since their debut at Comic-Con in 2010. Over the years, Funko has developed a slew of figures based on pop culture allusions. The variety of Funko collectibles currently accessible is a distinctive feature that represents their lasting popularity. Some Funko Pop! figures, like most collectibles, are extremely rare and valuable. 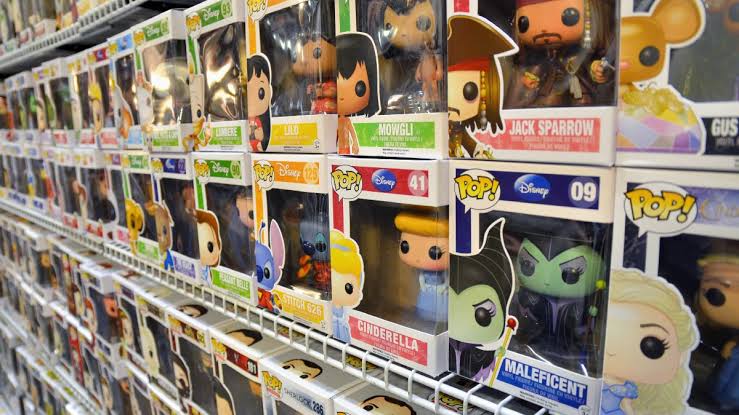 Even the most ardent Funko collectors may be surprised by some of the most expensive Pop! Figurines, especially when considering their original retail prices.

Here’s a list of the 25 most expensive Funko Pop!s. 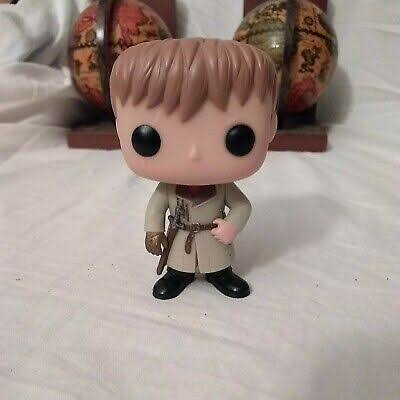 This Freddy Funko as Jaime Lannister from “Game of Thrones” San Diego Comic-Con exclusive is worth a lot of money. On eBay, a loose figurine was listed for $1,500, while a packed version was listed for close to $3,000. 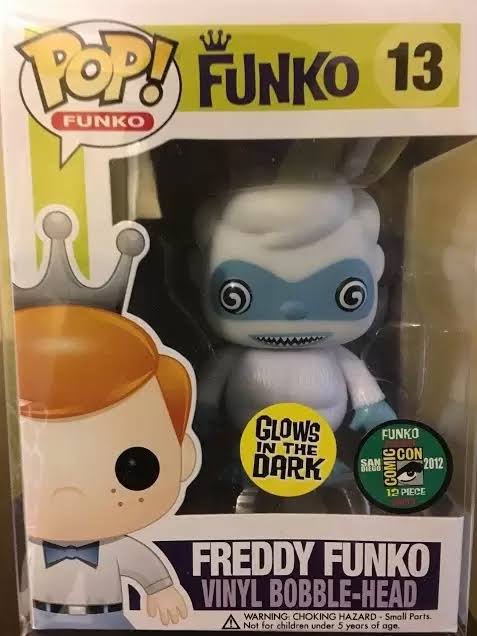 Freddy Funko is the mascot of the Funko firm, and Freddy Funko variants, in which Freddy is mated with another figure, are commonly released.

This Bumble Freddy Funko variation is a limited-edition figurine that debuted at San Diego Comic-Con in 2012. On average, it’s worth $2,410, but some vendors attempted to collect $8,000 for one. It’s based on Bumble, the abominable snowman from “Rudolph the Red-Nosed Reindeer,” a 1964 Christmas special. 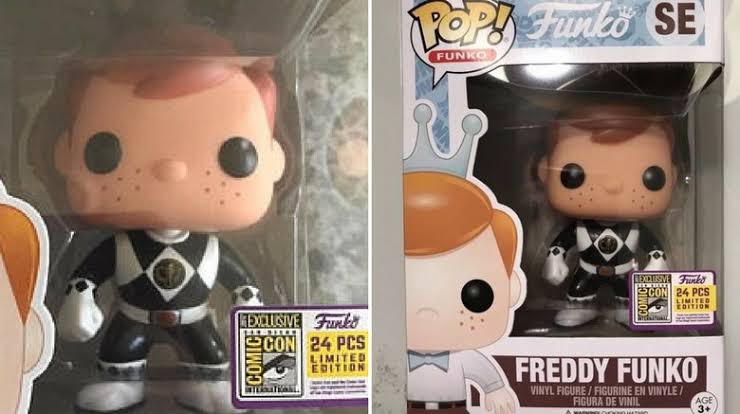 The pricing of this “Mighty Morphin Power Rangers” edition of the Black Ranger is unexpectedly hefty. 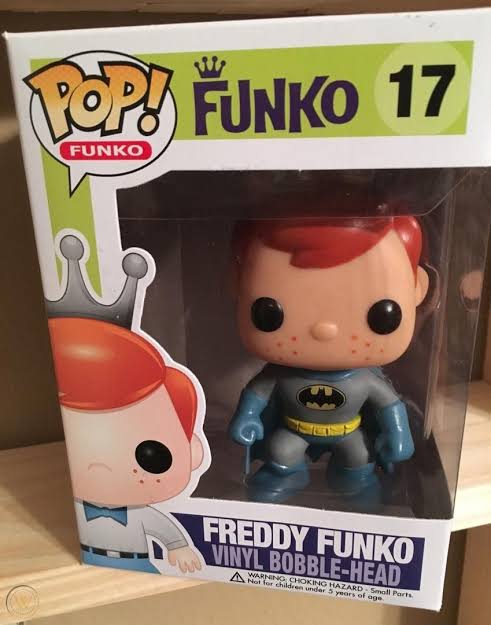 The standard Batman is relatively common and sells for $5 at retail, but the Batman with Freddy Funko’s golden touch sells for significantly more.

While the average price of a Batman Freddy Funko is $2,640 according to Pop Price Guide, one in mint condition went for $6,250 on eeBay. 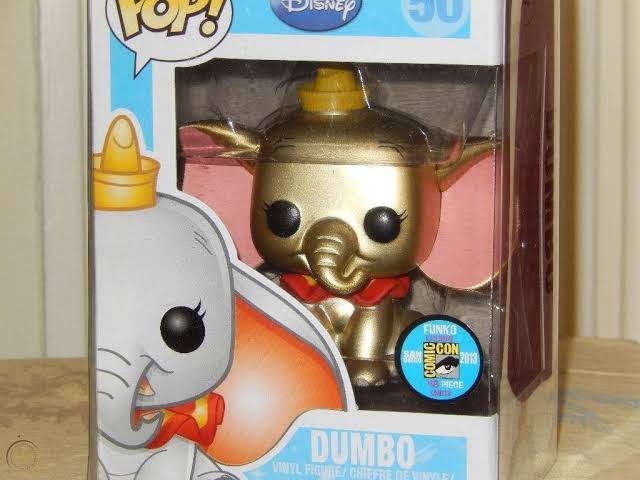 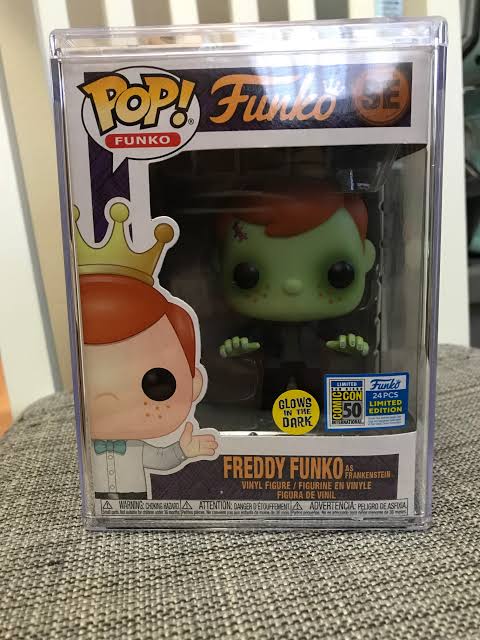 For the 2019 San Diego Comic-Con, Funko created its own Frankenstein out of Freddy. There were two versions of this terrifyingly cute monster.

There was a non-shining variation (350 created, each worth approximately $610) and a glowing variant (only 24 made, each worth around $610). One of these luminous beasts recently sold for $3,000 on eBay. 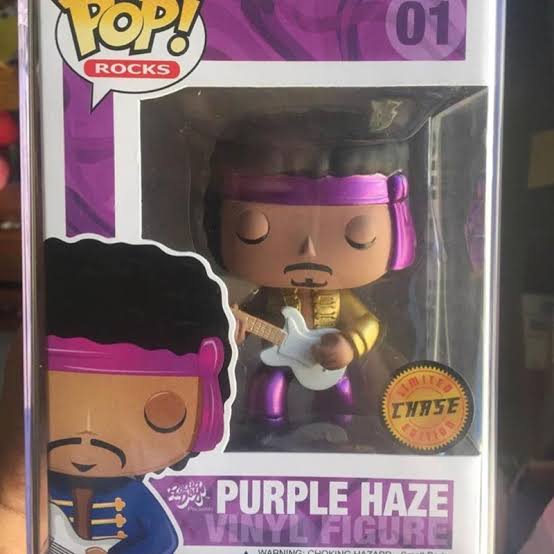 Since 2014, when some people made the mistake of selling their metallic Hendrix for as little as $150, this limited edition chase variant of Jimi Hendrix with a purple bandanna has rapidly increased in price. 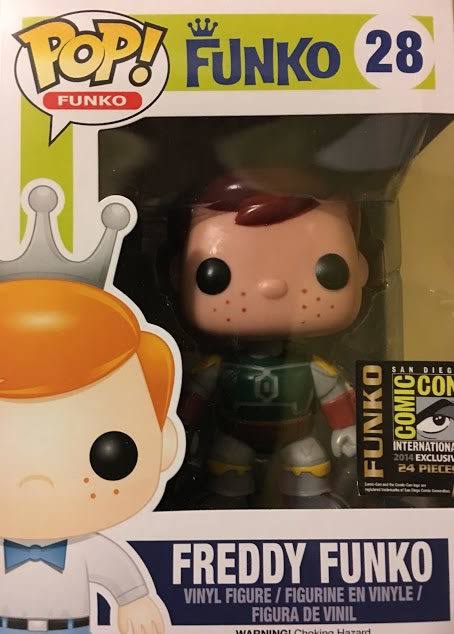 The droids edition of the “Star Wars” Boba Fett figurine is the most expensive ($510), yet it pales in comparison to the Freddy Funko version.

Only 24 of this mashup were manufactured, and it is estimated to be worth $3,120.The red-haired version is said to be the more valuable, yet eBay sales for the green-haired version range from $2,000 to $3,495. 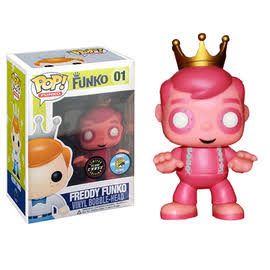 The charming Frankenstein-like cereal character was converted into a Freddy Funko by Funko, and it has proven to be extremely sought after.

Over $4,400 was paid for this adorable pink Freddy/Frankenberry mashup. 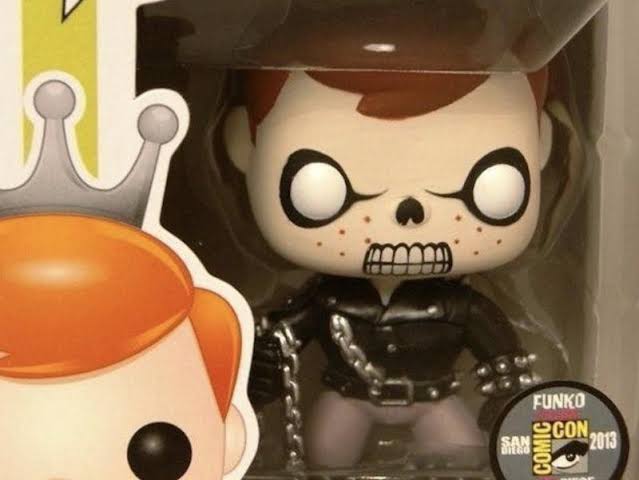 The Freddy Funko treatment has been given to everyone’s favourite motorcycle-riding demon from hell. The doll is a grimacing Freddy, complete with Ghost Rider’s distinctive chains and motorbike outfit. 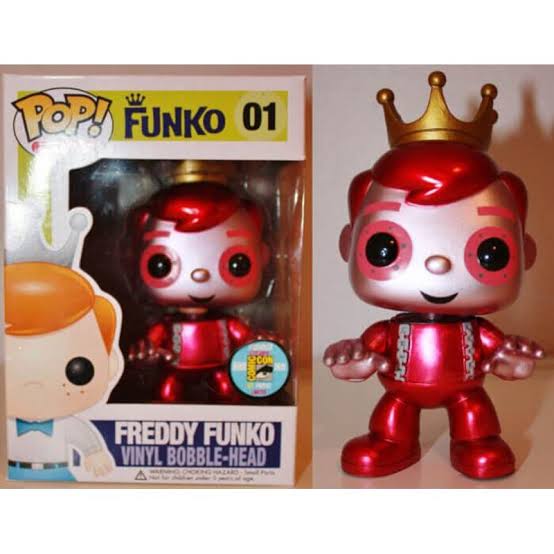 As a San Diego Comic-Con exclusive, this limited edition figure was produced in 2011.

This version, unlike the glow-in-the-dark version, has black eyes and a metallic sheen. The value of this Pop! is $3,430. 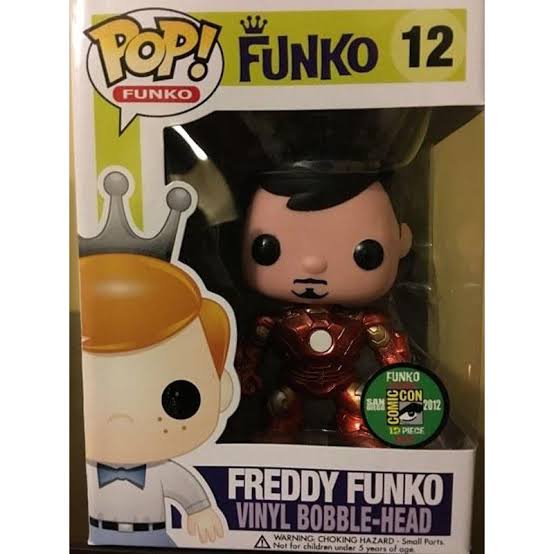 The average price of this rare metallic Tony Stark Freddy Funko is $3,500.

Only 12 were created, just like Frankeberry, therefore you’ll have a hard time finding one on eBay. We wouldn’t be surprised if they put it considerably higher on the list. 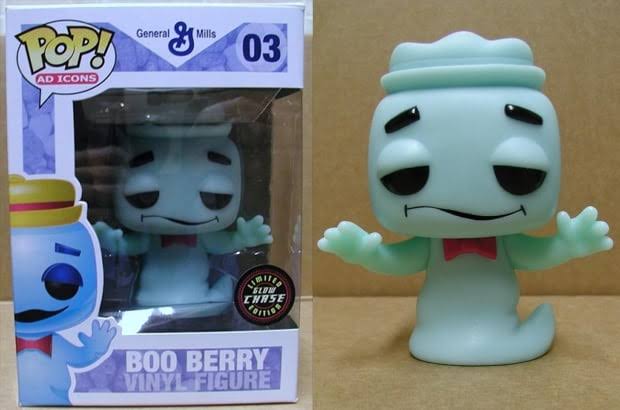 The Glow-in-the-Dark Boo Berry, an ultra-rare member of Funko’s “Ad Icons” line, could be a top 10 grail. 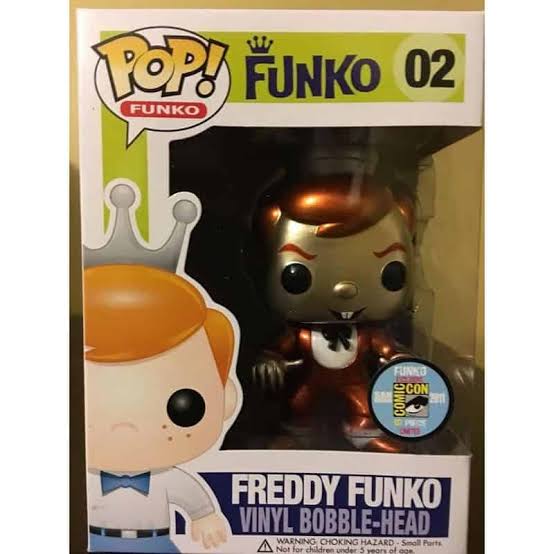 At least when it comes to Funko Pops, it appears that Count Chocula has beaten out Franken Berry and Boo Berry in their cereal-based popularity struggle for children’s diabetes. 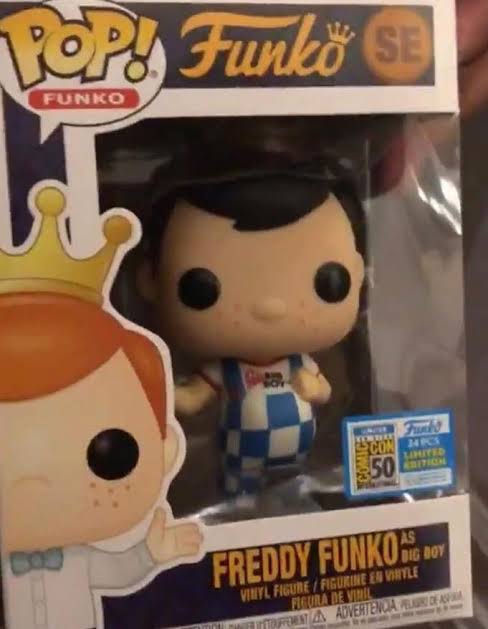 These items quickly increased in value, with one selling for $4,850 in December 2020 after a 23-bid eBay bidding war. 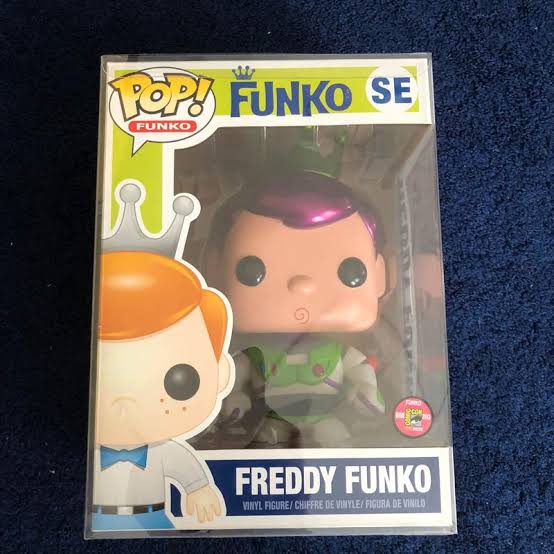 Buzz Lightyear appears on our list of the most expensive Funkos for the second time. Freddy Funko as Buzz Lightyear from Pixar’s “Toy Story” sold for $5,700 and $6,500, respectively.

If current trends continue, the average sale price will rise. On eBay, one was for sale for $10,000. 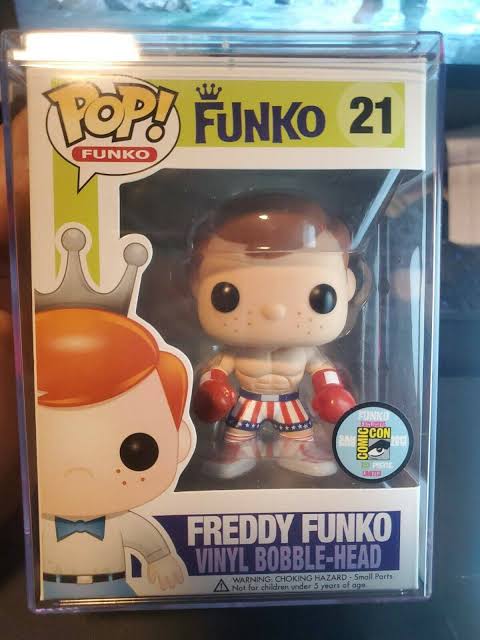 The Funko Freddy There were two types of Apollo Creed: one with bruises and one without. Only 12 of the 96 Apollo Freddys were manufactured without bruising.

The bruised edition is uncommon, but not so uncommon that it never shows up for sale (one is currently for sale on eBay for $2,000). 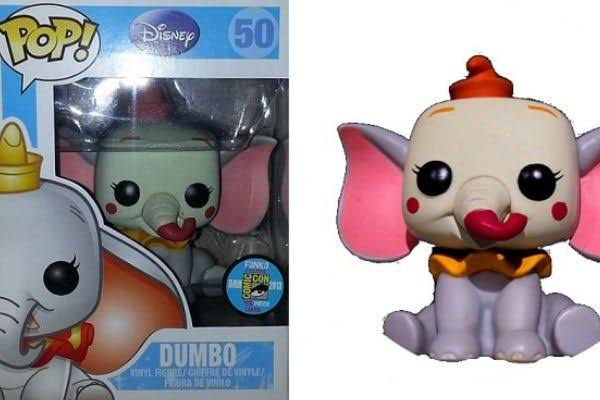 The pricey version is based on a scenario from Disney’s 1941 film “Dumbo,” in which Dumbo is forced to perform in a circus in order to escape a burning building. 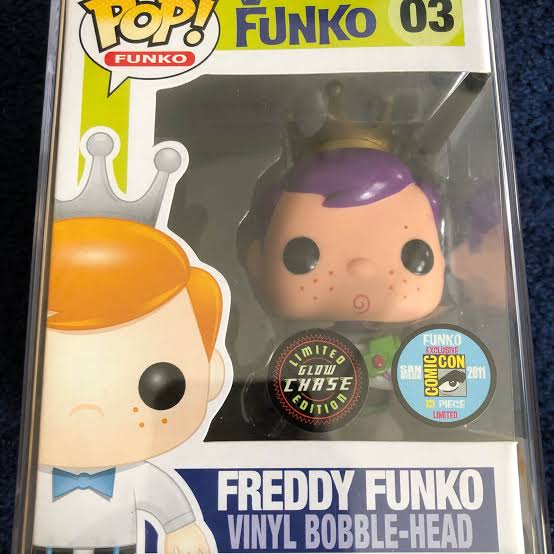 If you can find it for sale, the Freddy Funko version of Buzz Lightyear that glows in the dark will fetch a fair amount at auction. 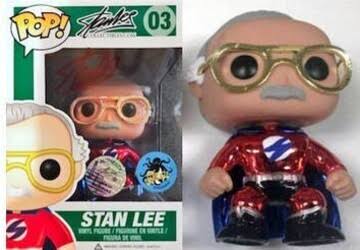 We couldn’t even find a good photograph of the chrome red version of superhero Stan Lee. Only 12 were ever built, and they almost never go on the market.

The most recent piece of evidence we discovered is an archived eBay listing for a signed one. We’re not sure it exists because it’s so uncommon. 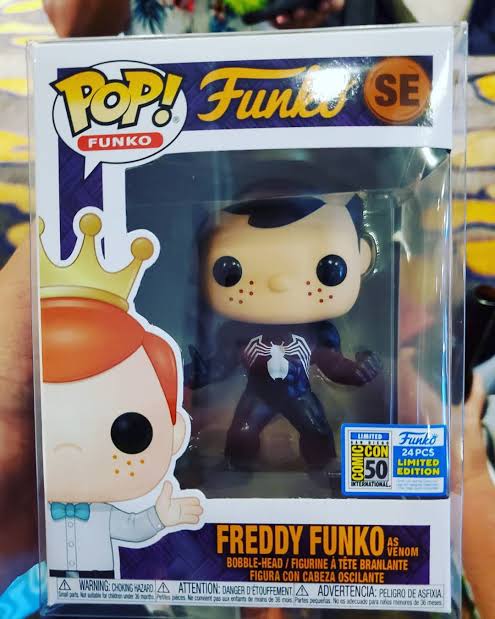 The Venom Freddy Funko is a 2019 Comic-Con Exclusive from Funko Fundays. Only 24 of these grails were manufactured, and finding one is extremely difficult.

They were given out in Funday surprise boxes that year, according to a Reddit user. 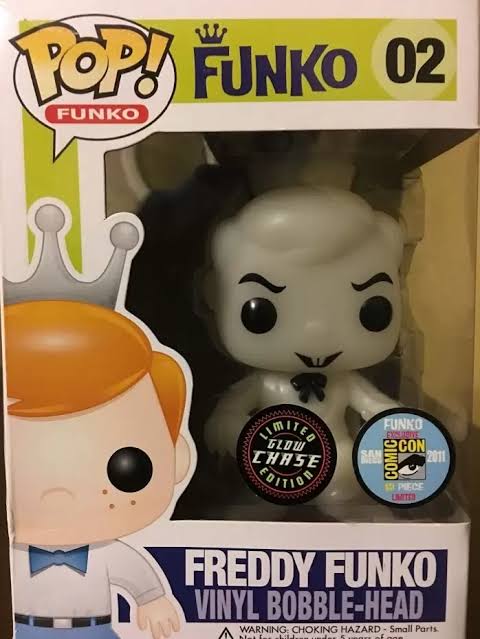 One sold for $10,000 in the last two years, according to the Pop Price Guide. 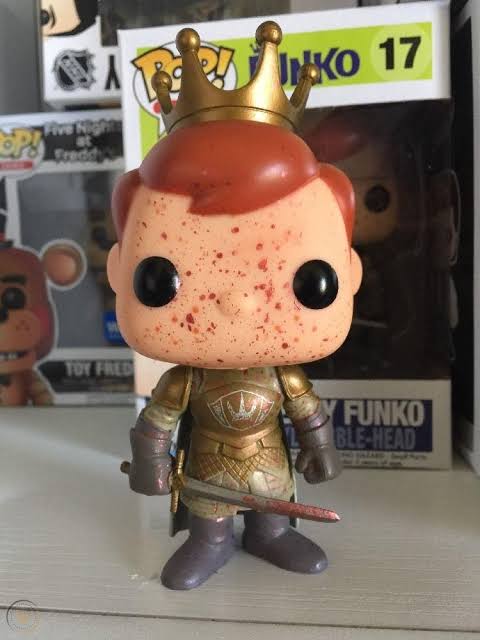 A bleeding Jaime Lannister from “Game of Thrones” inspired this Freddy version. It’s a limited-edition variation from the 2013 San Diego Comic-Con, with a price tag of more than double the regular $9,300. 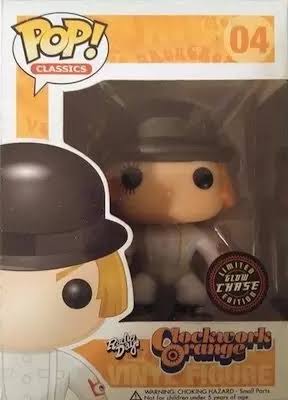 This dobby Funko is bezoomy costly, but it’ll get you a lot of milk bar gollys. That’s something they would say in Anthony Burgess’ “A Clockwork Orange,” or in Stanley Kubrick’s film adaptation.

This Funko is based on Kubrick’s image for Alex DeLarge, a terrifying young man dressed in white who has a penchant for extreme violence.
The glow-in-the-dark version of this Funko is the most sought-after, but the ordinary Alex will also fetch a high price. He’s estimated to be worth $2,580. 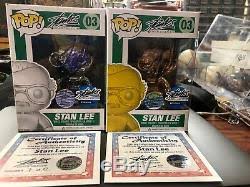 This one has yet to justify its exorbitant asking price. Following the death of Stan Lee in late 2018, the value of goods associated with the comic legend has skyrocketed, or at least has increased by speculative sellers.

Superhero Lee’s autographed chrome and gold metallic variants are outstanding instances of this. On eBay, sellers were trying to resell the figures for $100,000 to $120,000. A single signed metallic version sold for $18,000, while an unmarked gold variant costs around $155.

You could either purchase a land/bungalow or buy a couple of these Funkos and hope they appreciate in value. Also, hope it appreciates in value; at the very least, you’ll have somewhere to sleep. Nobody is buying these Funkos, which have been on eBay for a year. So, here’s a list of 25 most expensive Funko Pop! Hope you enjoyed reading the article.