15 Most Beautiful Cities in The United States

There are many great and beautiful cities in the United States. These cities are known for their natural wonders, architectural charms, world-renowned restaurants, skyscrapers, beaches, museums, and much more. 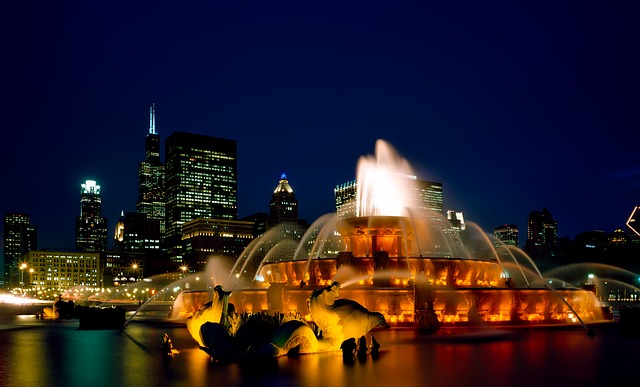 In some cities like New Orleans, not only is the architecture amazing but also each day is a celebration of culture and music. Other cities offer history, entertainment, and many more things to explore.

So what exactly makes a city beautiful? First of all, the size of the green area followed by the number of parks and old buildings, the colorful, vivid markets and last but not the least clean streets and air among many other parameters.

If you are planning your next trip to the US, check out the list of the 15 most beautiful cities in the US as of 2022 covered in our article.

15 Most Beautiful Cities in the United States of America

Below is the list of the 15 most beautiful cities in the United States. Have a look:

Chicago is the most beautiful city in the US that looks pretty with its skyscraper cityscape and the view is stunning from Michigan Lake. The buildings of the city carry rich heritage dating back to the 1920s Al Capone era. One can head to the 103rd floor of the Willis Tower to have a panoramic view of the urban beauty. 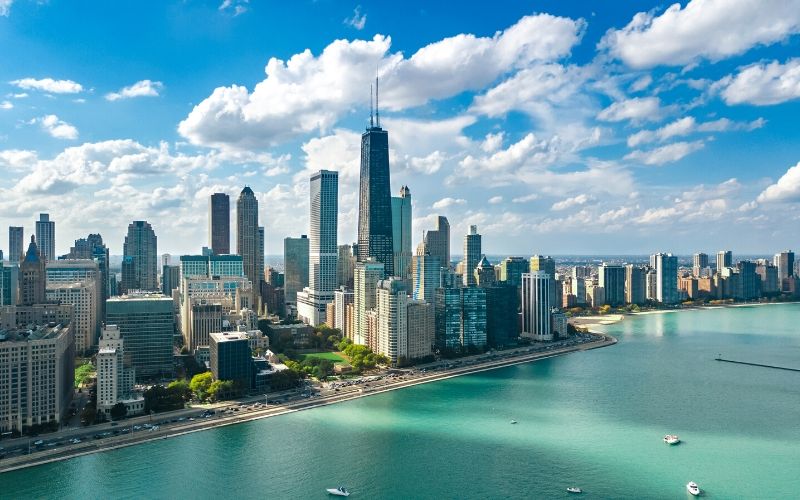 Chicago, the second-most populous county in the US is an international hub for finance, commerce, education, technology, and culture. The Goodman Theatre in the Loop, the Steppenwolf and Victory Gardens Theater in Lincoln Park, and the Chicago Shakespeare Theater at Navy Pier are some of the renowned theatre companies in the city. The fine art tradition in the city of Chicago is distinctive compared to other cities of the US.

Seattle is the second most beautiful city in the US that is famous for its coffee culture. Seattle is home to many multinational companies like Amazon, Alaska Airlines, etc. The famous rock Jimi Hendrix’s birthplace is Seattle and it is also the origin of the all-time favorite rock bands like Nirvana, Pearl Jam, Soundgarden, etc. 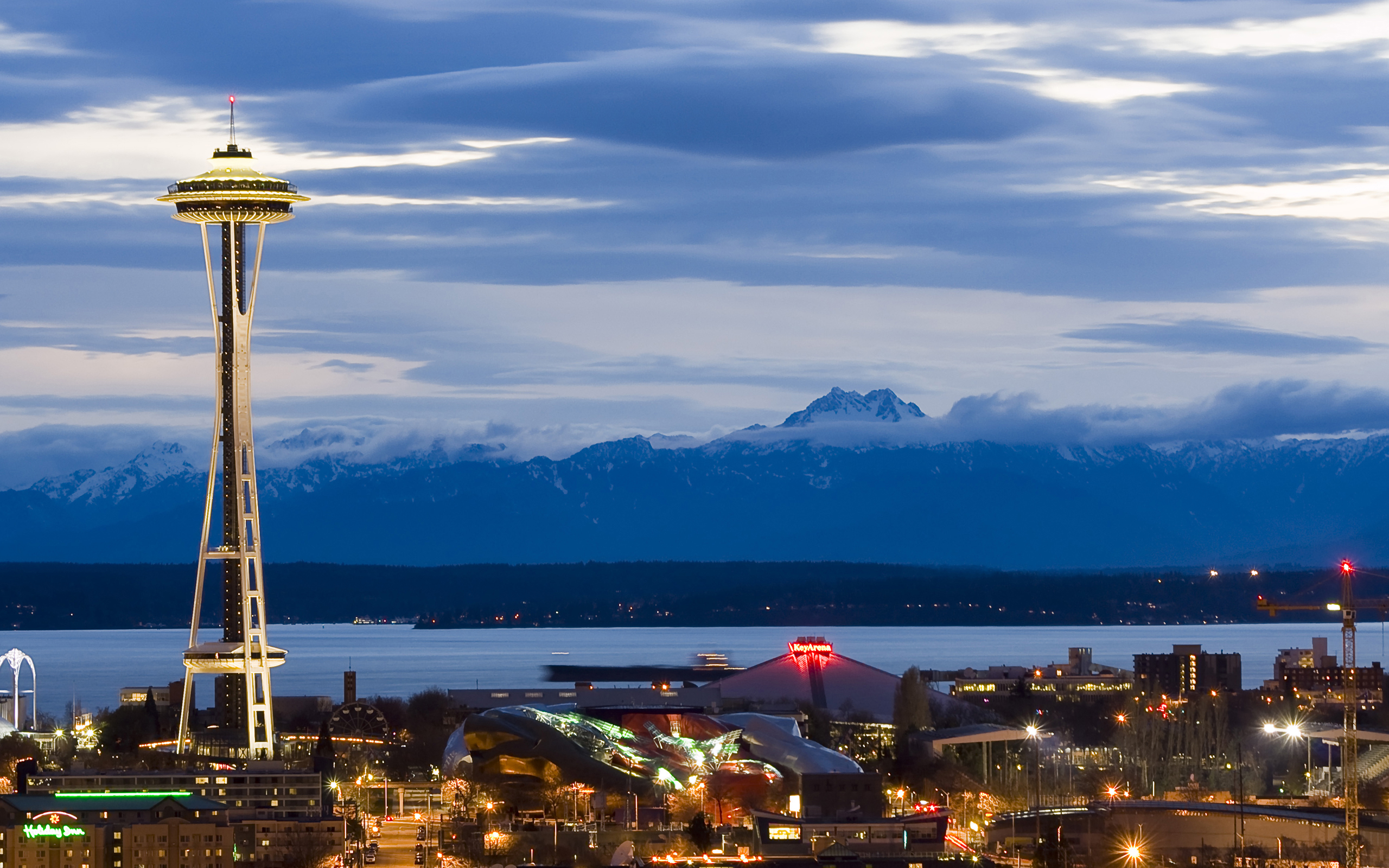 Based on the Archaeological excavations it is estimated that Native Americans inhabited the Seattle area for a minimum of 4,000 years. One can visit innovative urban designs like the iconic Space Needle and also Victorian-era buildings located in Pioneer Square Historic District.

If you are one of those persons who crave palm trees and white sand then Honolulu is the place to visit. The beauty of the city is in its combination of different architectural styles from the Gothic cathedral to the Art Deco Aloha Tower. You need to rush to the Diamond head volcanic crater to see a complete 360-degree view of the city. 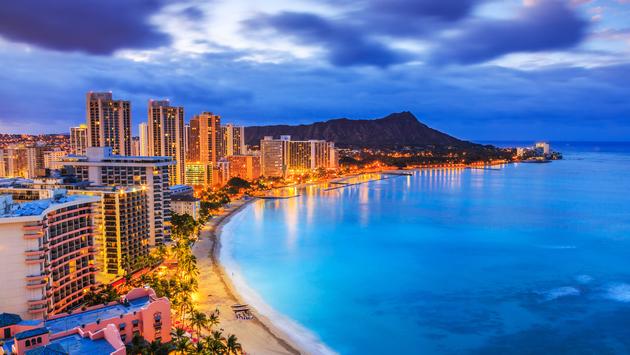 Honolulu implies sheltered harbor that gained international recognition following the attack on nearby Pearl Harbor in 1941 by Japan. Honolulu is one the most popular holiday destination for tourists to enjoy its favorable tropical climate, rich natural scenery, and extensive beaches.

Telluride was a former mining town that was surrounded by the Rocky Mountains of Colorado. One can see the city full of brick buildings from the 1800s mining boom. 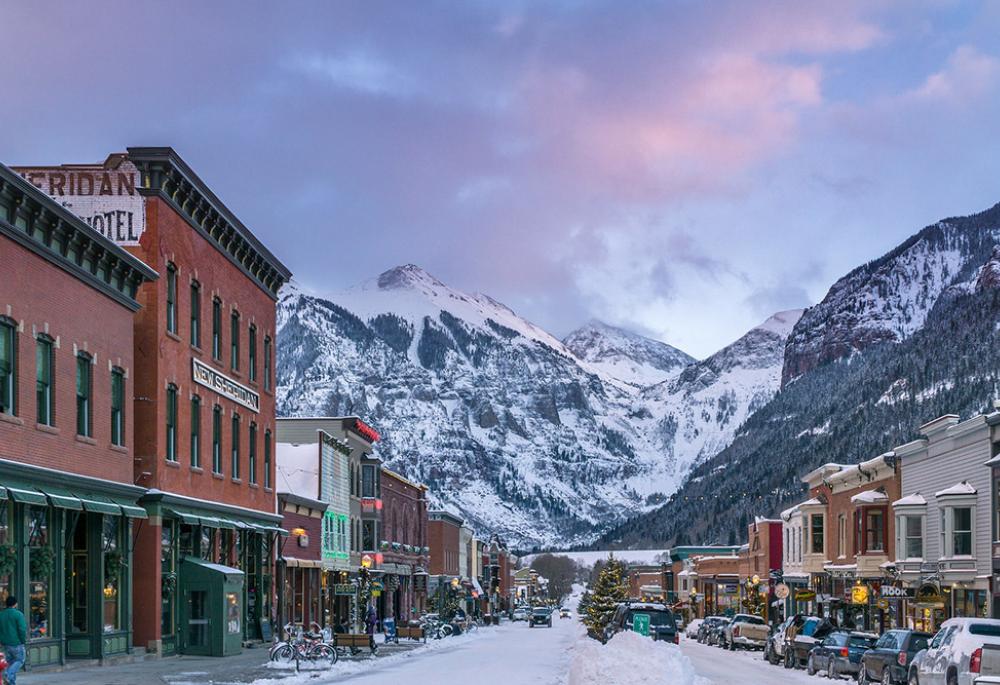 The Sheridan Opera House and Old Town Jail are the places one can’t afford to miss. People flock to this place to enjoy the scenic view of the mountains and also for summer hiking.

Savannah is famous for its riverfront, the city’s parks and oak trees dripping Spanish moss. Savannah is also home to one of the best US schools for arts, the Savannah College of Art and Design. Horse-drawn carriages driving down the streets will give the feel of transporting you back to the 1700s. 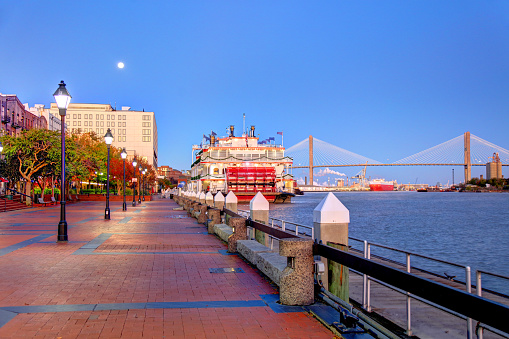 Grand Mormon architecture is the center of attraction in Salt Lake City. The capital city of Utah state is known for its impressive religious buildings like the dome-topped Mormon Tabernacle, Salt Lake Temple, and golden angel statues. 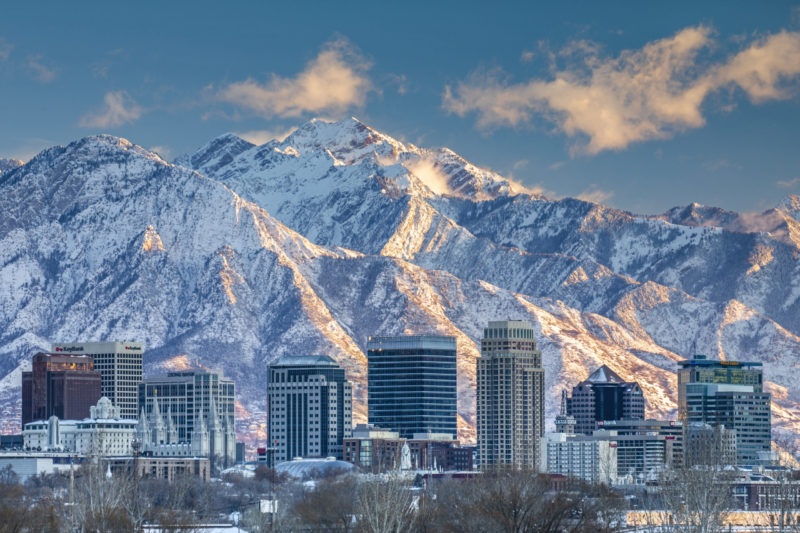 One can see 900 acres of public greenery along with Liberty Park that features indigenous flora and picnic lawns in Salt lake city.

An old port district that traces its roots to the 17th-century in the heart of Portland. Many of its original red brick warehouses are now converted into restaurants and craft breweries. 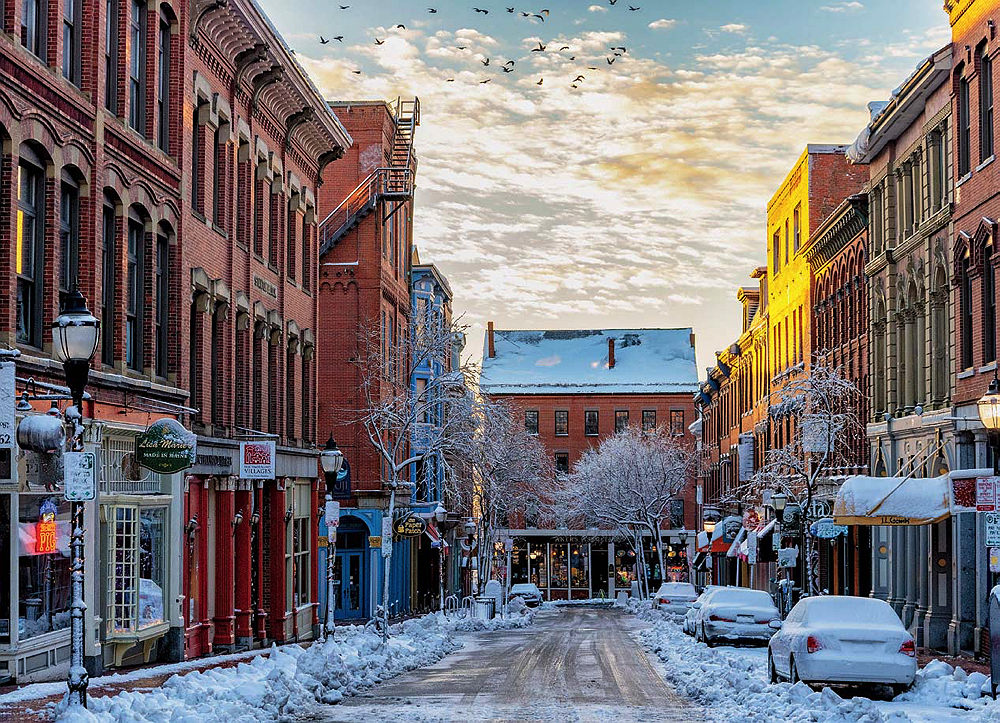 If you can get the taste of classic New England then photo-worthy lighthouses are the place to be in the city of Portland. Some of the prominent historical parks in the city are Deering Oaks Park, the Eastern Promenade, Western Promenade, Lincoln Park, and Riverton Park.

San Antonio is one of the USA’s oldest cities that looks stunning from the famous River Walk, a tree-lined boulevard that has boutique hotels and cafes. 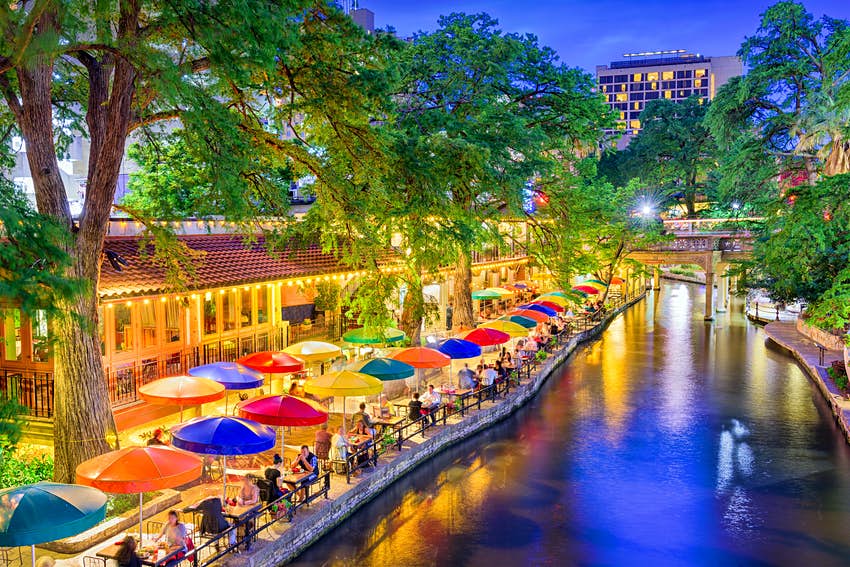 If you have an interest in exploring ancient landmarks then the San Antonio Missions National Historical Park is the place to visit that has the largest collection of Spanish colonial missions.

Anchorage city is famous for its contemporary buildings along with the soaring 13,000ft peaks of the Chugach Mountains.

You should definitely explore the botanical gardens and visit the Alaska Native Heritage Center to know more about the indigenous culture of the city.

Taos is a beautiful city where the high desert and the Sangre de Cristo Mountains meet.

‘Taos’ name is derived from the native Taos language which means “(place of) red willows” is famous for its mud-brick buildings and Taos Pueblo, a UNESCO world heritage site.

Charleston is the place where the first shots of the Civil War were fired in the year 1812 when the British invaded Washington. 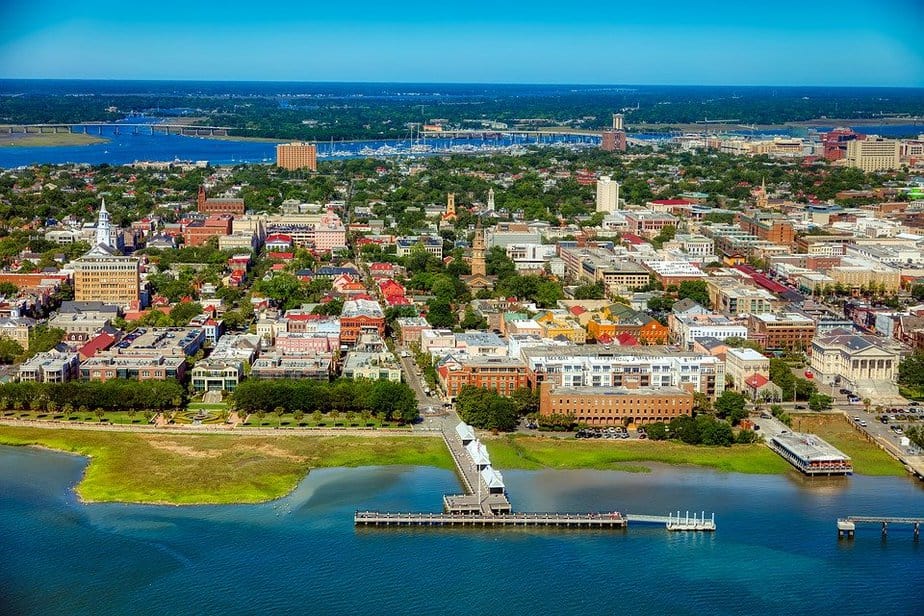 War cannons and memorials beautify the city’s parks along with ornate fountains and beaches. Charleston was founded as Charles Town in the honor of King Charles II.

Newport also popularly known as the City by the Sea, is home to lavish mansions of many wealthy residents. The city’s glitzy yachting harbor is famous across the globe that has hosted the America Cup. 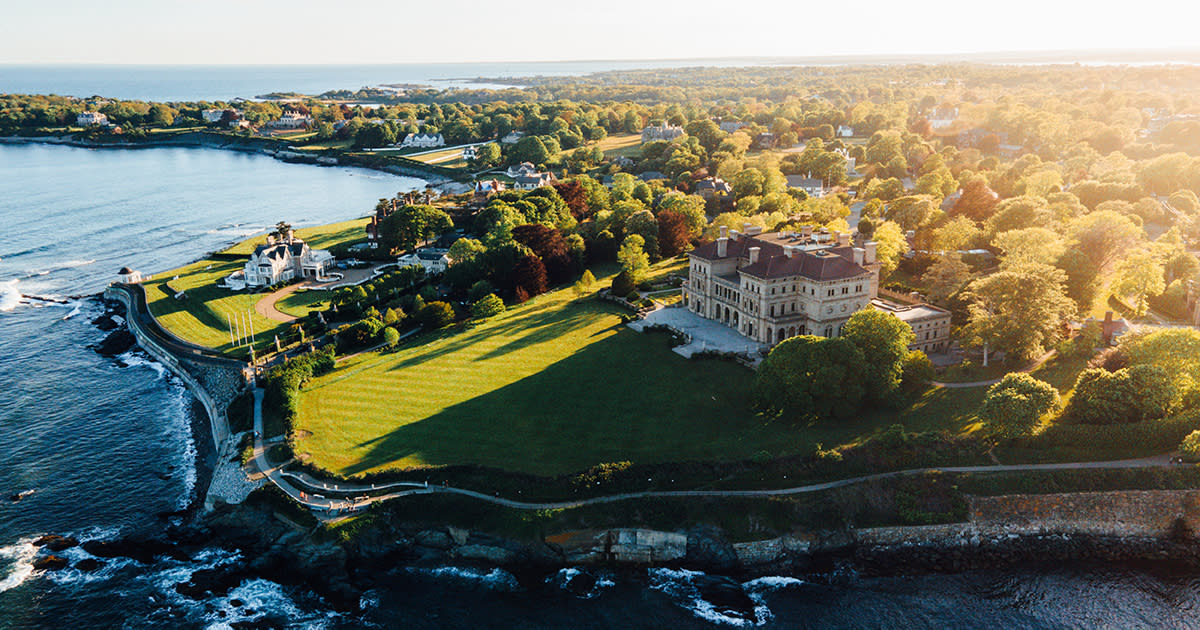 Newport is the place where the first U.S. Open tournaments in both tennis, as well as golf, were held.

San Francisco is a cluster of modern high-rises that aim to reach the sky whereas the city’s steep streets are filled with colorful Victorian wooden houses at the ground level. 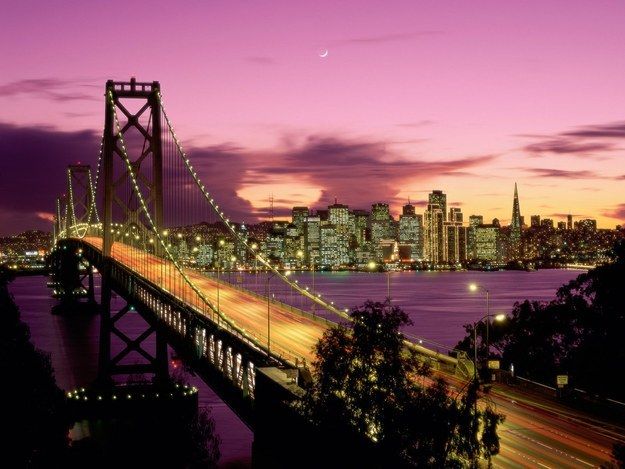 There is beauty spread all across the city right from the rainbow crosswalks in the Castro District to the Haight-Ashbury’s street murals.

Virginia Beach is an independent city incorporated in the year 1952 located on the coast of the Commonwealth of Virginia. Whale watching tours are one of the center of attraction in this city for visitors. 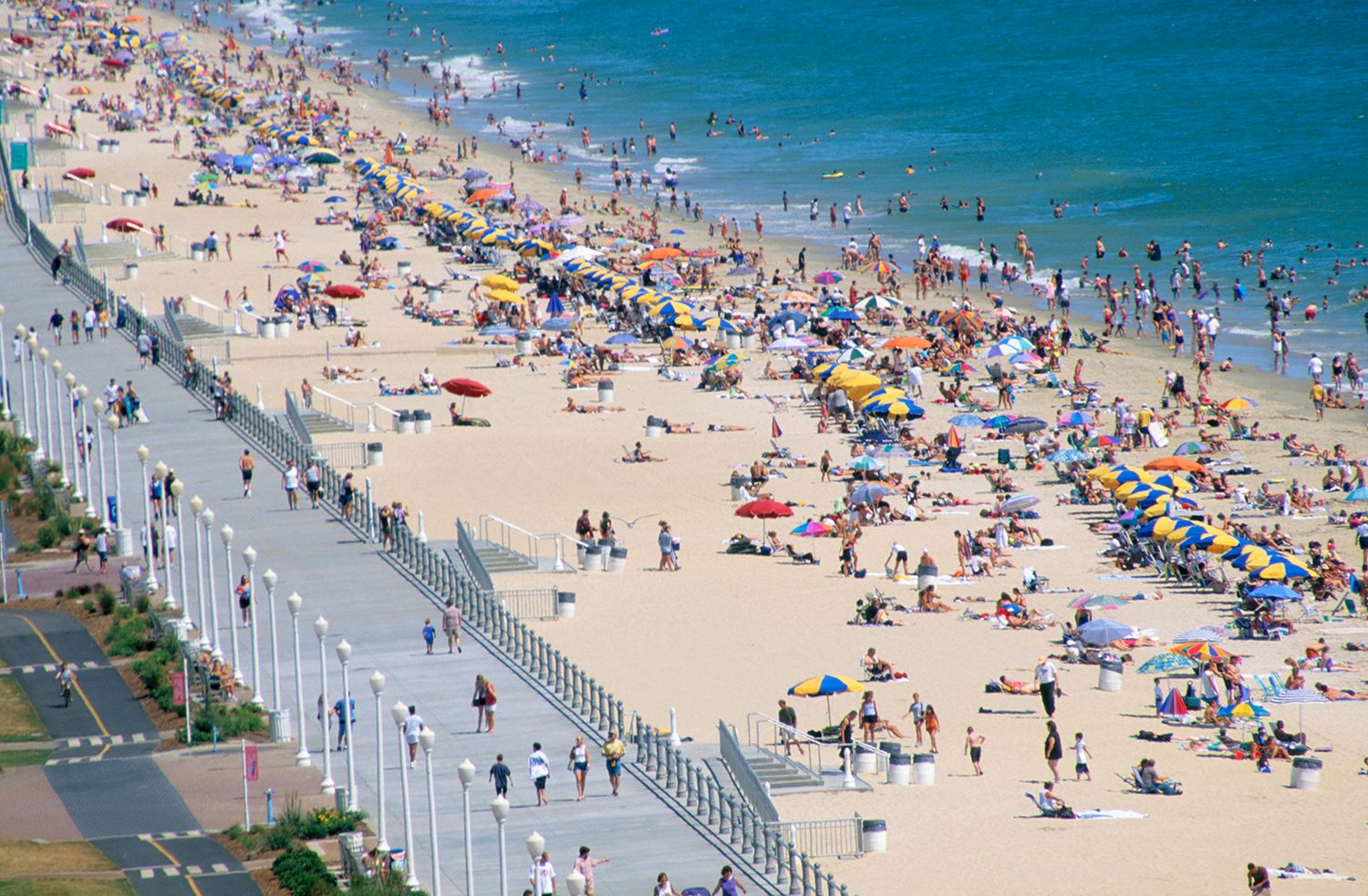 The Virginia Beach oceanside resort district and Williamsburg are must-see places for tourists. Families prefer to spend their vacation at the wildlife refuge and Busch Gardens.

Madison, the capital of Wisconsin has lakeside trails that will make you forget that you are in a city. Madison is considered the healthiest, happiest, and most cycle-friendly city. 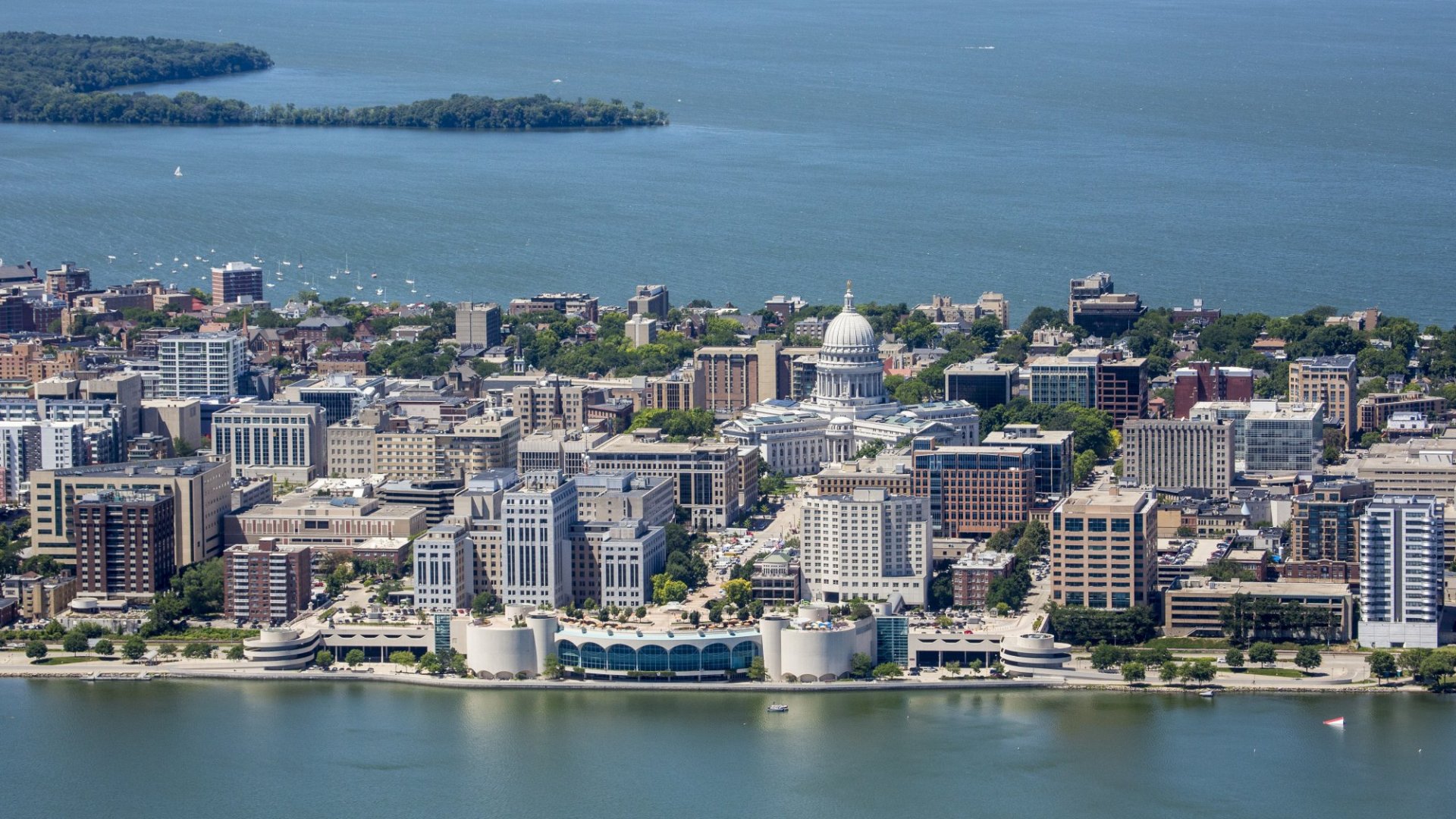 Madison has many museums and Wisconsin state capitol building is located on a narrow piece of land between two lakes.

So, next time you happen to visit the US, do not miss visiting these beautiful cities!