25 Most Beautiful Birds in the World

When it comes to physical characteristics, most bird species display sexual dimorphism, which means males and females can be easily distinguished. To attract females during mating, men appear more colorful and brilliant than females. In this article, we’ll list you the 25 most beautiful birds in the world.

25 Most Beautiful Birds in the World

Birds are seen across the globe, but which one do you think is the most beautiful of them all. To clear this doubt, we have made a list of the 25 most beautiful birds in the world. Read the full article to know everything about them. 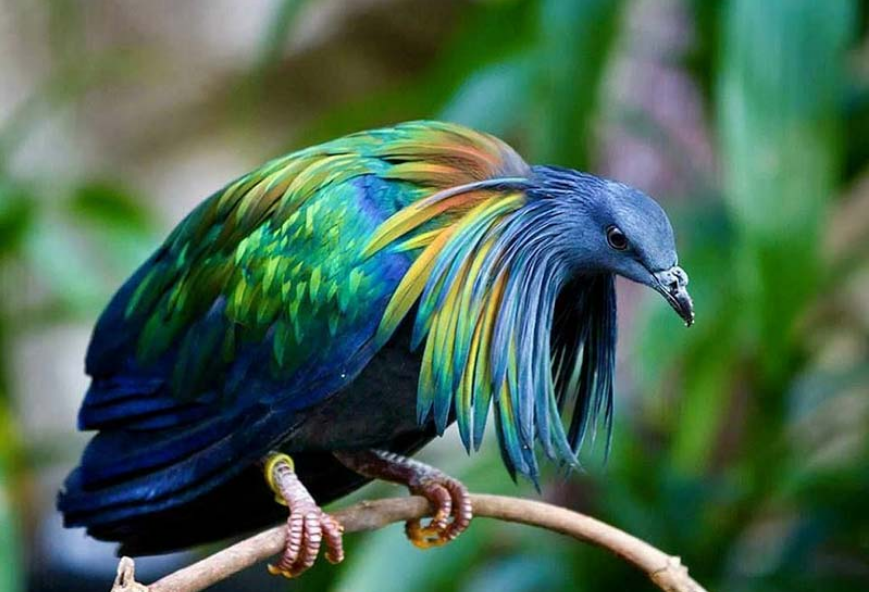 The Nicobar Pigeon may be found throughout India’s Andaman and Nicobar islands as well as the Malay Archipelago. This colorful bird is a sight to behold in the open air. A 16-inch-long bird, this one is a behemoth when compared to the common pigeon. 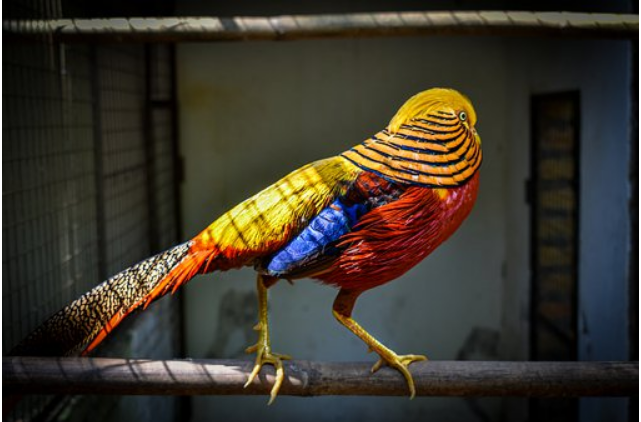 The mountains of western China are home to the Golden Pheasant. Chinese pheasant and rainbow pheasant are other names for them. Pheasant males have golden-yellow crests and brilliant red bodies, making them more attractive and vibrant than females. Compared to the male pheasant, the female is significantly darker in color. 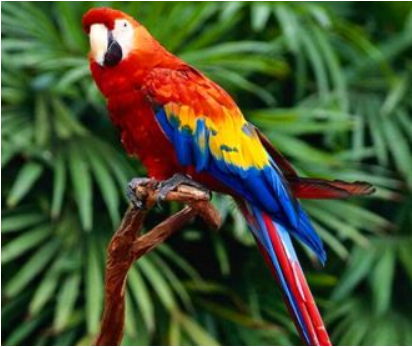 Macaws come in a wide variety of colors, sizes, and shapes, but the scarlet macaw is one of the most striking. They are native to the tropical evergreen woods of Central and South America. There is no denying their colorful plumage is what sets them apart. Their backs are blue, and their wings are a bright crimson. Upper wings are yellow with a green border on monarchs. 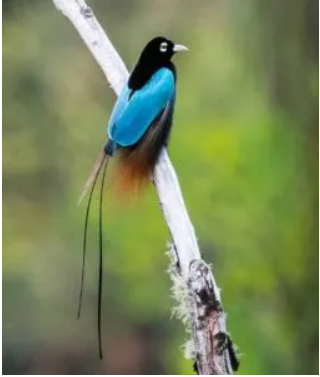 A lot of people, including bird specialists, believe that the Blue Bird-of-Paradise is the most beautiful bird in the world, and it’s easy to understand why. Males are distinguished by their brilliant blue tails, ivorybills, and white eye-rings, while females are black on the head, breast, and rear.

The reddish-brown flank feathers and two long, flowing tail feathers round off this stunning costume. 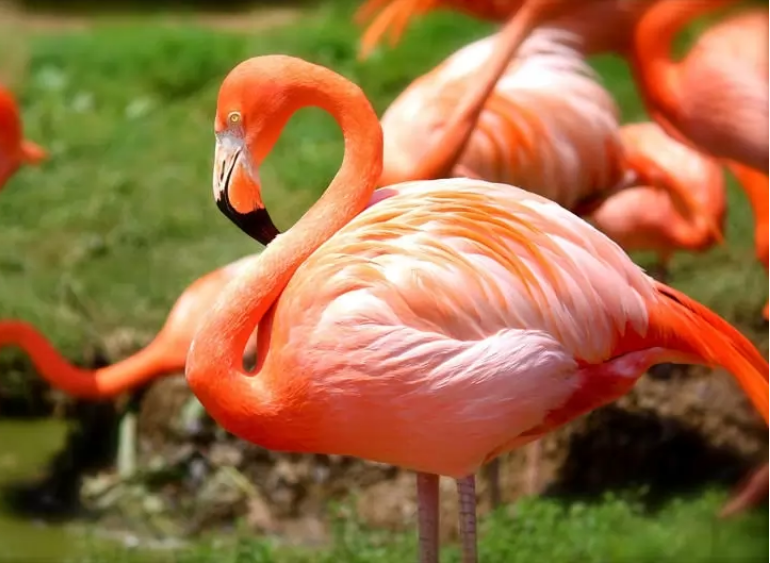 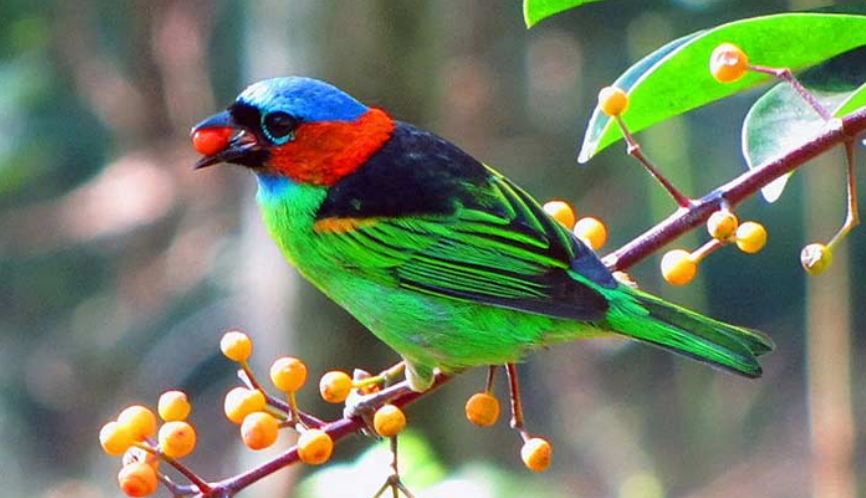 Endangered in Eastern South America, the red-necked tanager has yellow-orange wings, a red chin, a deep blue head and neck, and a vivid green underside. These are some of the most beautiful birds out there. 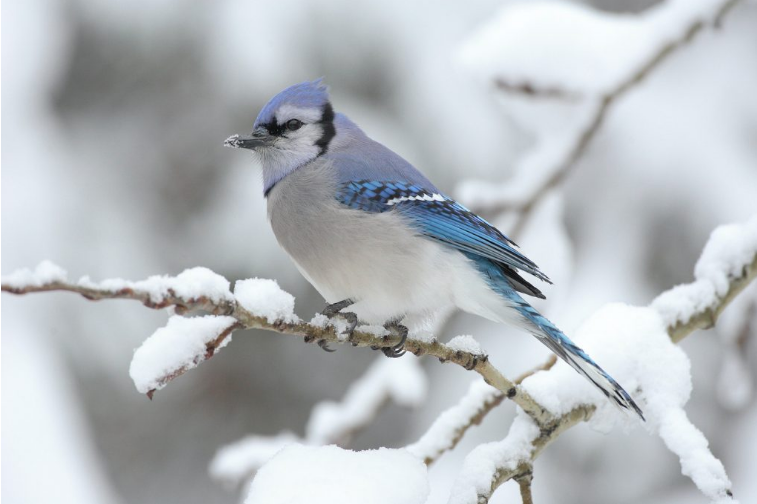 Cyanocitta cristata is the Latin name for the blue jay, which is native to North America but is most often seen in the country’s central and eastern areas.

They have a length of 10 inches and a weight of 3 ounces. Although blue jays prefer to consume nuts, they have also been observed eating grasshoppers, caterpillars, and beetles. 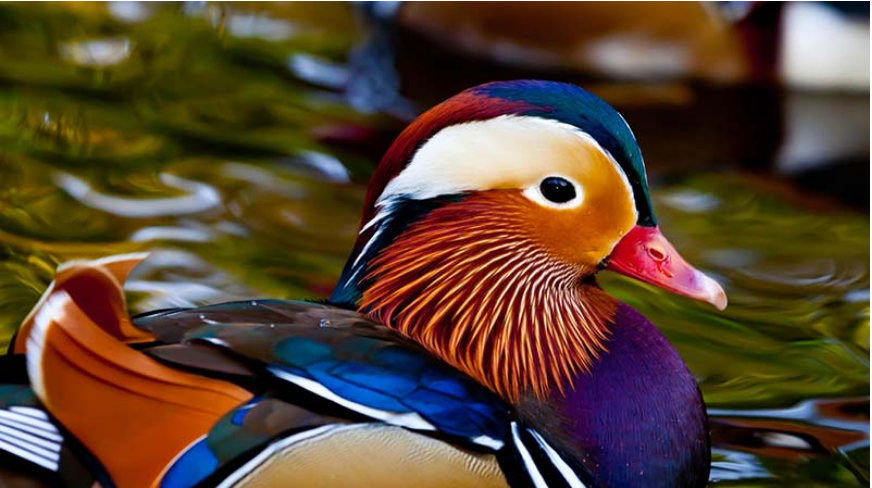 The Mandarin Duck, found only in China’s far eastern provinces and Russia, is a sight to behold. It’s a riot of color, there are far too many to name. However, in a similar fashion to the peacock, only the male of the species is showered with gifts. 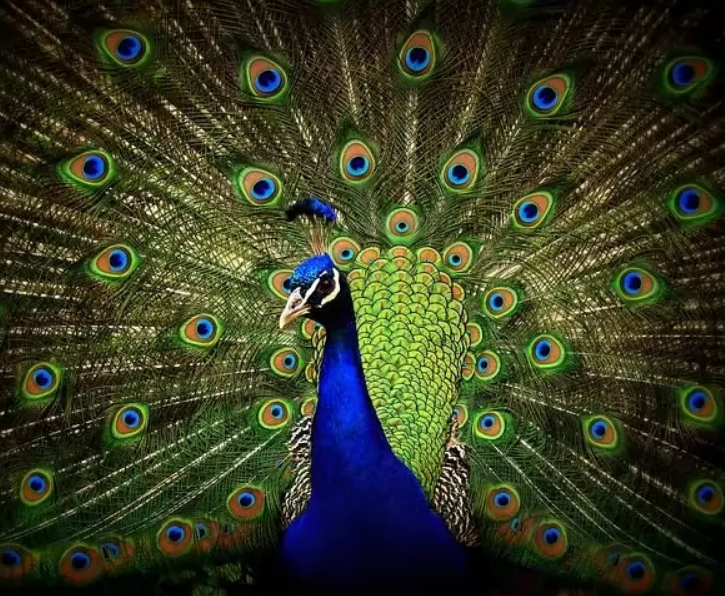 Peacock is the term given to the male member of the peafowl family that goes by that name. Peafowls come in three varieties: Indian, Congo, and green. Peafowls of the Indian subcontinent is the most widespread. The iridescent tail feathers of male peacocks (birds) provide for an eye-catching show. 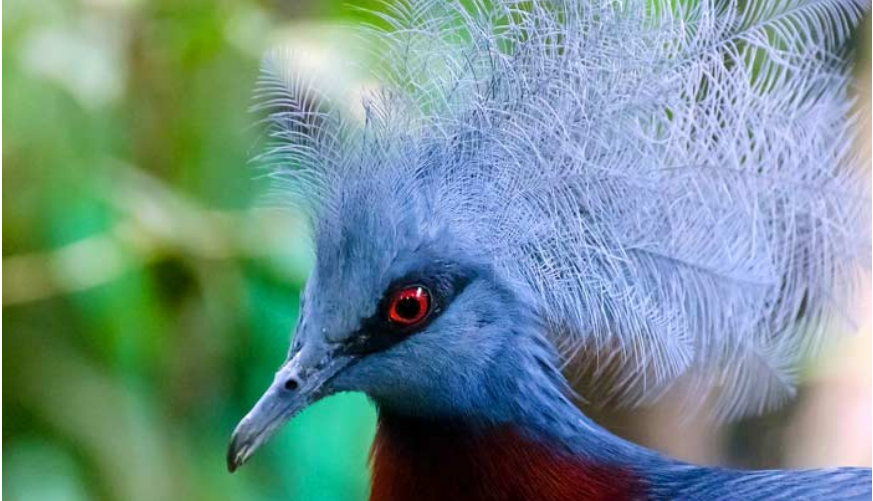 The blue-crowned pigeon, also known as the Western crowned pigeon, has huge blue crests on its head and deep blue feathers surrounding its eyes. These are considered the most beautiful in the west. 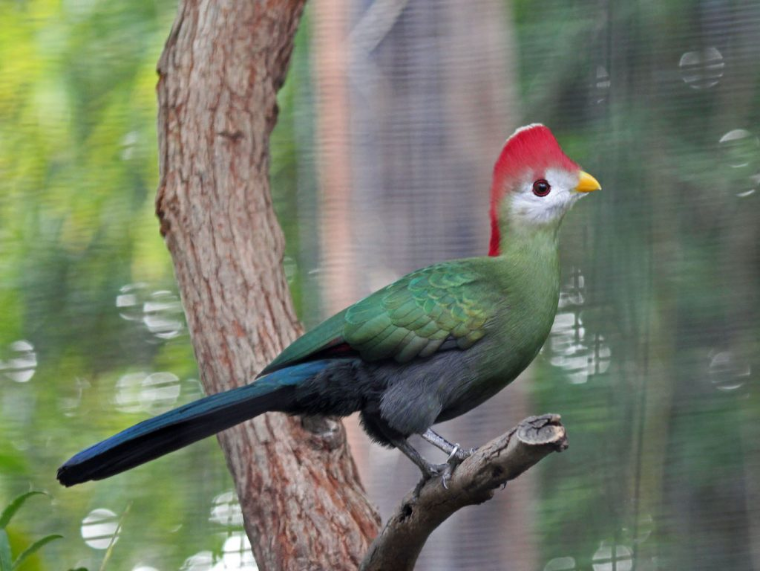 They’re around 20 inches long and less than one pound in weight. Their diet consists of a wide variety of plant materials, including seeds, fruits, flowers, and leaves. 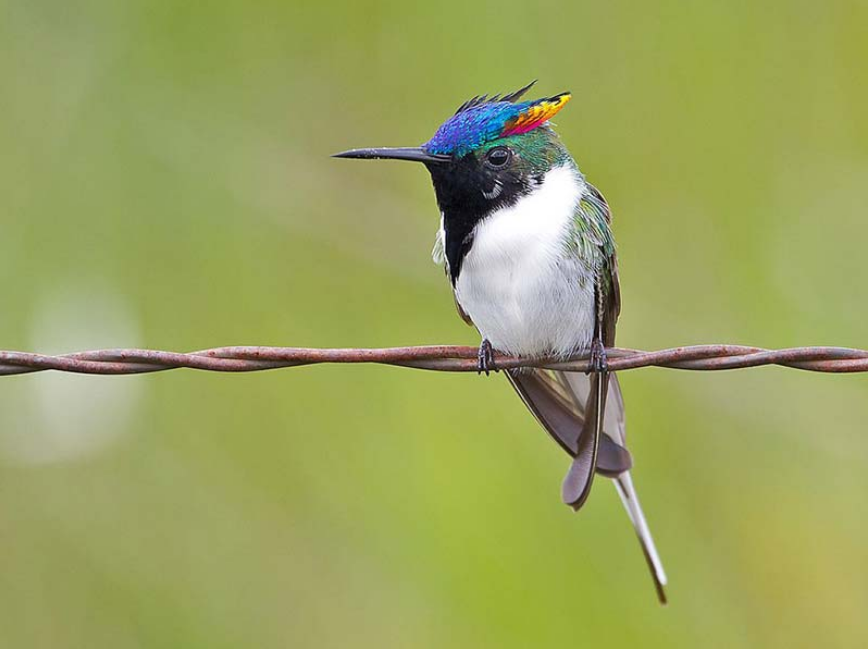 This unusual-looking bird may be found in the South American rainforest. There are horns on Horned Sungem.

Two carefully arranged feathers on this hummingbird create the impression of horns. However, only the males of the species have these horns, as well as having a more colorful coat of fur than the females. 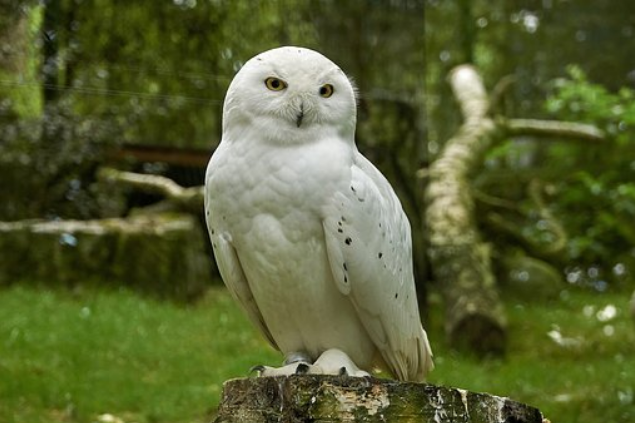 The Snowy owl may be recognizable to anyone who has seen the Harry Potter films. Harry Potter had sent the owl as a messenger.

The snowy owl, an extremely rare species of owl, is a fascinating bird to learn about. In both North America and Eurasia, they’re considered a native. Males are all white, while females have a few black feathers on their backs. 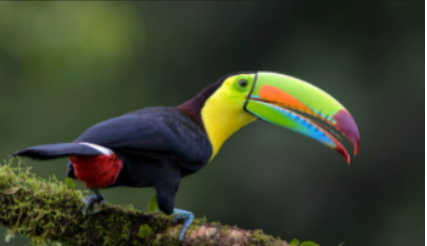 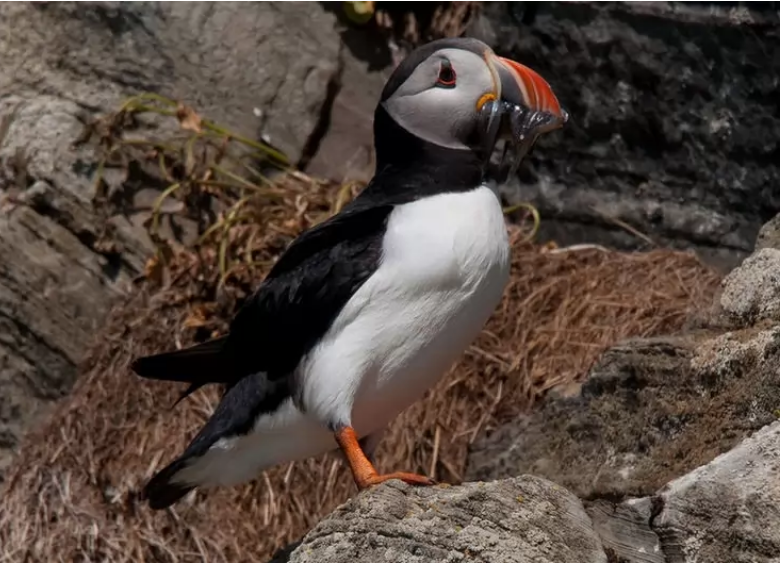 Small and well-adapted, the Atlantic puffin may be found in the northern U.S. and eastern Canadian coasts. As a result of its large, multicolored beak and penguin-like coloring, Atlantic puffins are often referred to as “sea parrots.” Puffins in the Atlantic Ocean spend most of their life on the ocean floor. While swimming, their water-resistant feathers keep them warm. They use their wings to propel themselves through the water, both above and below the surface. 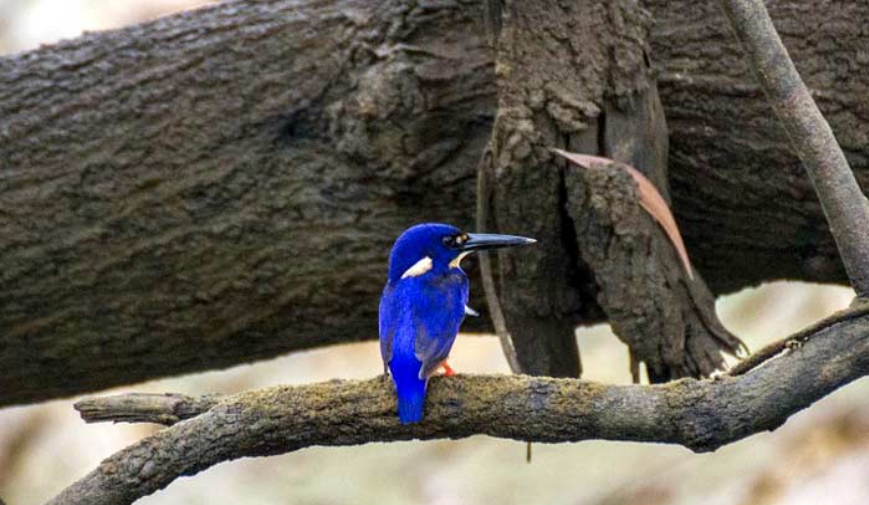 These tiny to medium-sized birds, known as blue kingfishers, are excellent fish hunters, both from the bank and above the surface of the water. 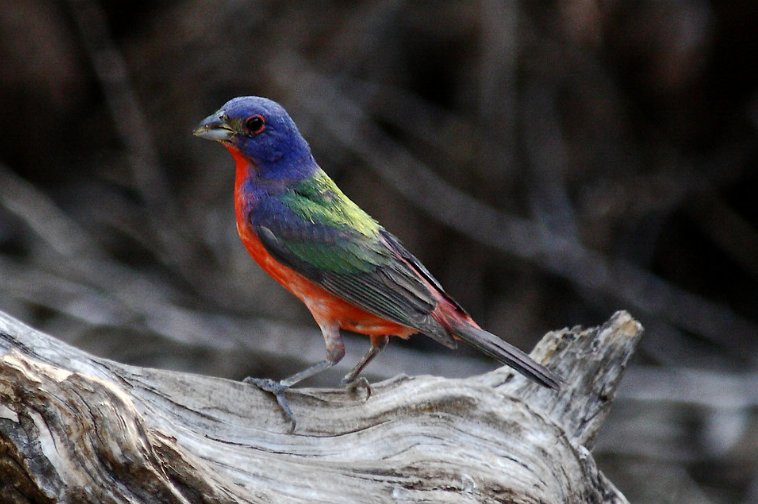 Southern North America is home to Painted Buntings, whose Latin name is Passerina ciris. They fly south to Central America and the Caribbean during the winter. Unless they are reproducing, they will consume a wide range of insects in addition to seeds and grains. 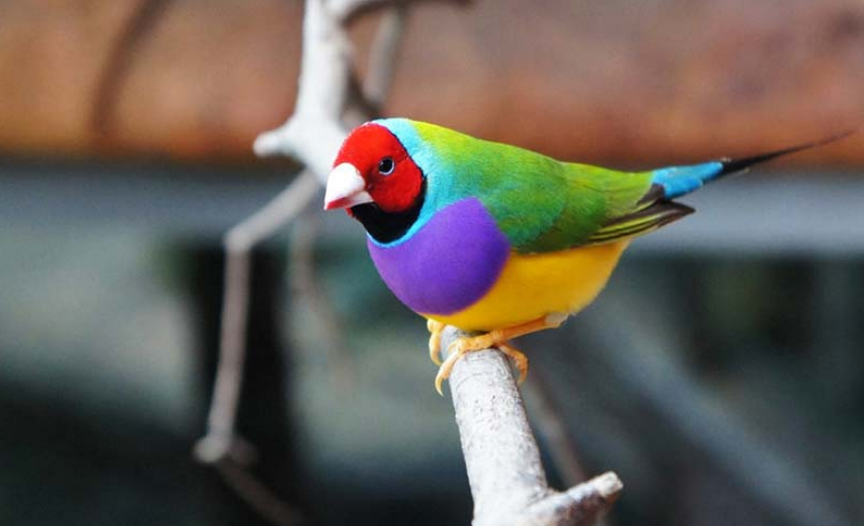 This colorful and beautiful Australian bird defies belief. Because of the variety of colors on its plumage, the bird is also known as the Rainbow Finch. Indian munia birds and sparrows are close relatives of these stunning birds. 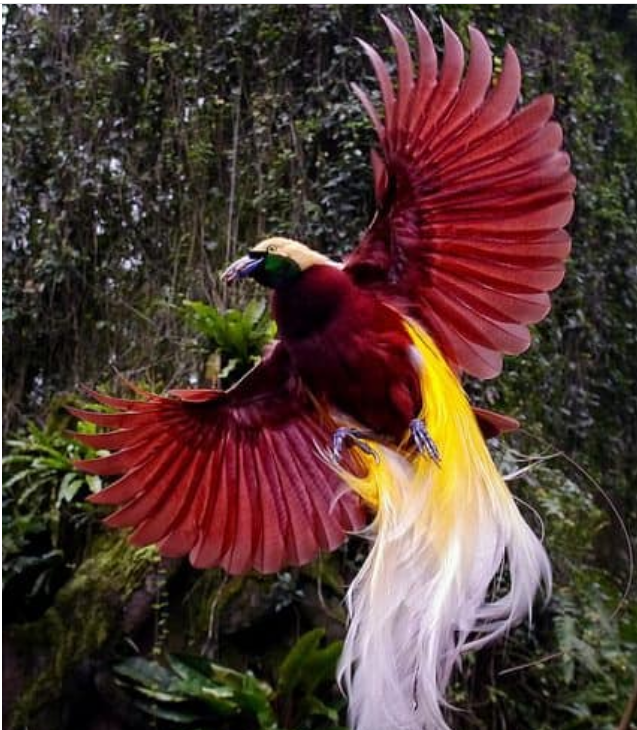 There are several different species of parrots, but the cockatoo is the most well-known. The bent beak and crest of this bird help identify it. For the most part, you’ll find this species only in those places mentioned above (plus New Guinea).

Most cockatoos are one of three primary colors: white, grey, or black. These parrots are enormous compared to others of their kind. It may reach a length of 30 – 62 meters and weigh between 320 and 1200 grams when fully grown. 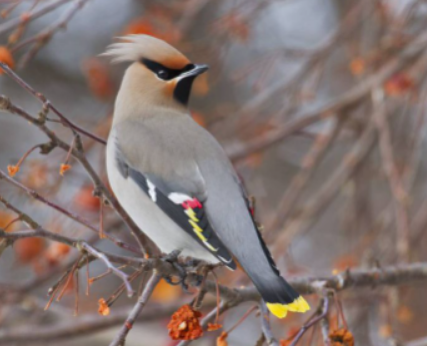 The Bohemian waxwing is a medium-sized songbird with a distinctive crest on its head and black masks. It has a brownish-grey hue, and its wings are edged with white and yellow. Consequently, this bird is one of the most eye-catching passerines around. In 2021, it will be one of the world’s most beautiful birds. 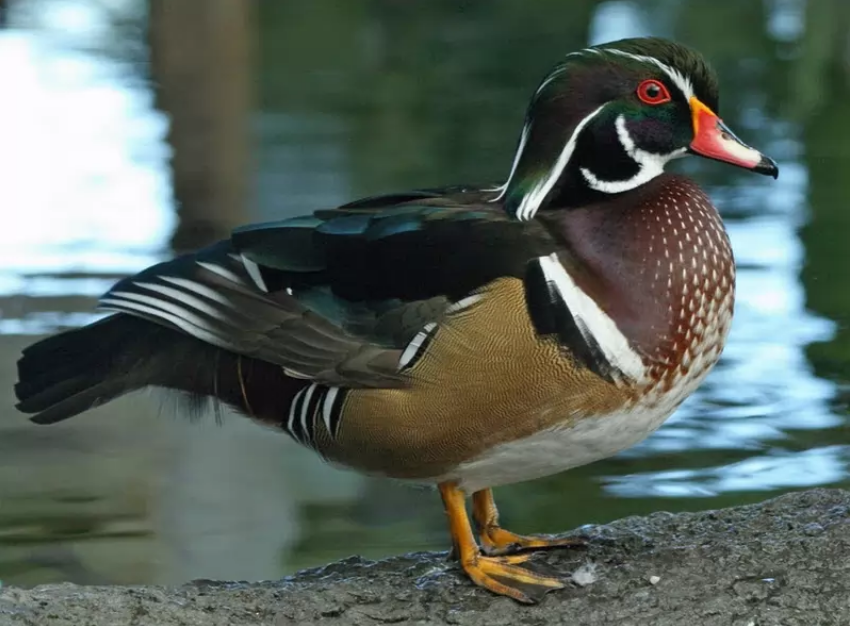 The wood duck is one of nature’s most vibrantly colored birds. The head and crest of the male bird are metallic purplish green. A white belly and a dark red breast distinguish them from the rest of the species. They feature beautiful white stripes around the neck that make them stand out. The patterns on their wings are blue and black. 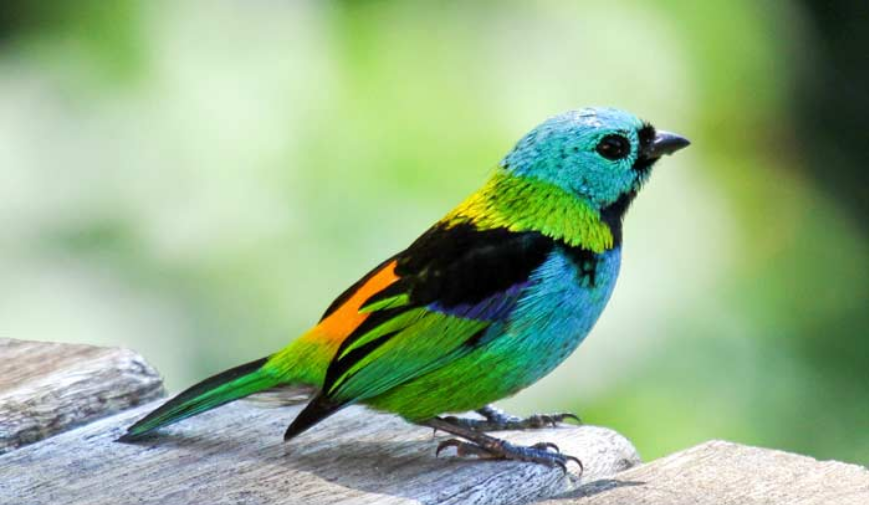 The Paradise Tanager lives up to its name as a classy, neotropical bird with a riot of color. This tiny South American bird, found in Amazonian tropical woods, is incredibly vivid, with an apple green head, yellow or red rump, and a blue belly (depending on the species). 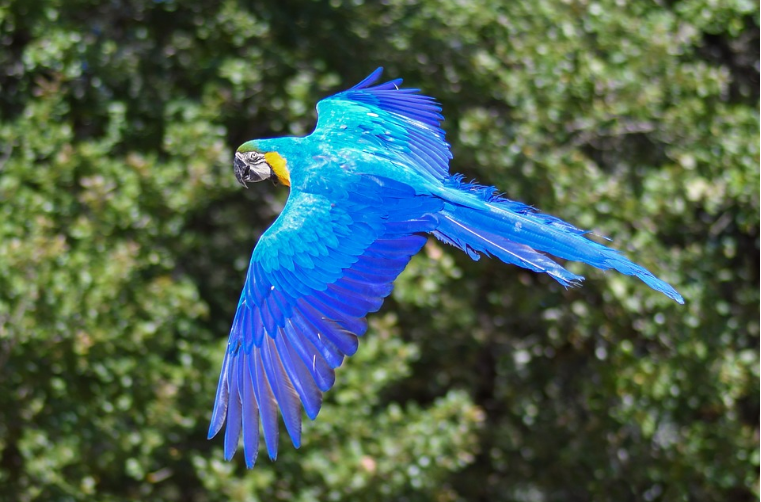 People all around the world have Hyacinth Macaws as pets since they may be found in eastern and central South America under the Latin name Anodorhynchus hyacinthinus. Each one weighs approximately 3 -4 lbs and is roughly three feet long. They consume seeds and nuts that are too hard for them to chew. They can crack a coconut using their beaks. 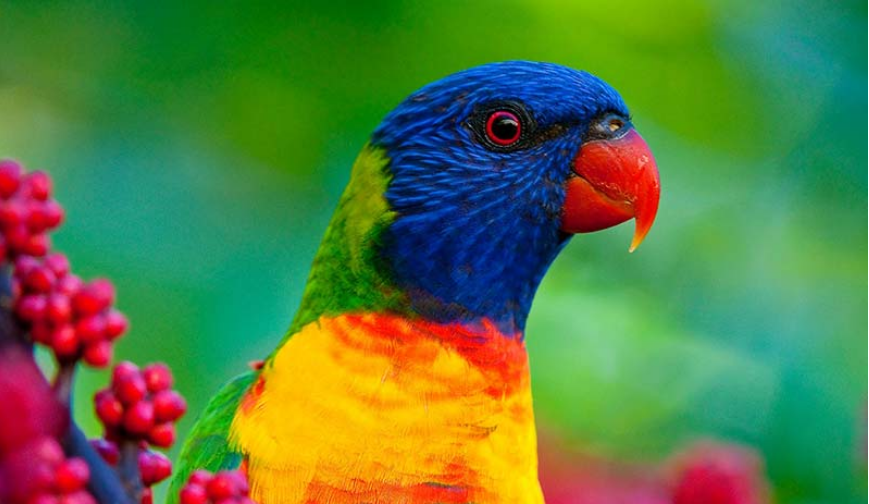 Currently, the Rainbow lorikeet population is not in danger. Pet trade, on the other hand, poses a threat to this bird. The bird’s vibrant colors have made some people desire to keep it. 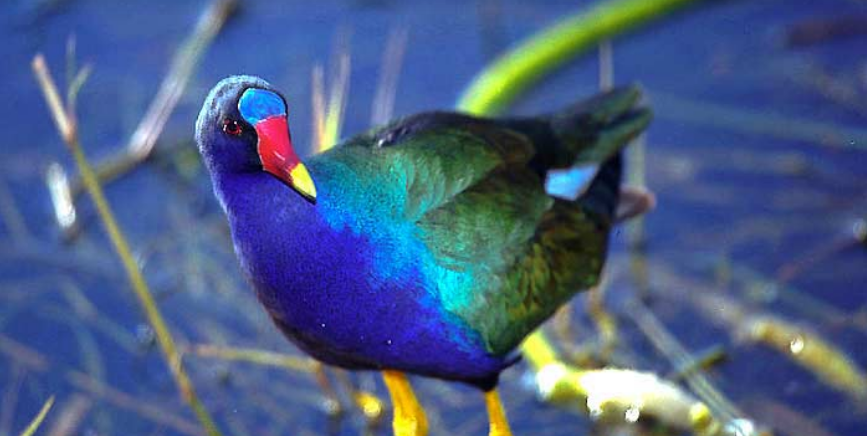 The Purple Gallinule is regarded as one of nature’s most stunning creatures due to its stunning array of colors on its feathers.

These are the most beautiful birds out there. If something is missing according to you, do let us know in the comment section below. Thanks for reading.