Amanda Seyfried is a Hollywood actress who was most recently seen in the drama miniseries The Dropout (2022) which revolves around the disgraced biotechnology company Theranos and its founder Elizabeth Holmes.

Seyfried played the role of Elizabeth Holmes in the show. She even won the Primetime Emmy Award for Outstanding Lead Actress for her brilliant performance in the miniseries The Dropout. When it comes to the personal life of the Hollywood actress Amanda Seyfried, she is a happily married woman. She has been married to her actor husband Thomas Sadoski since the year 2017. Read on to know everything about Amanda’s better half Thomas Sadoski.

Here’s all you need to know about Amanda Seyfried’s husband Thomas Sadoski (age, career, and more)

For those of you who are unaware, let us share with you, Amanda Seyfried’s husband Thomas Sadoski is an American stage, film, and television actor. He is most noted for his roles as Don Keefer in the HBO series The Newsroom and as Matt Short in the sitcom television series Life in Pieces.

Thomas was born on July 1, 1976, in New Haven, Connecticut, and brought up in College Station, Texas. Back in the day, he went to the University of North Texas for one semester and graduated from the Circle in the Square Theatre School in the year 1998. 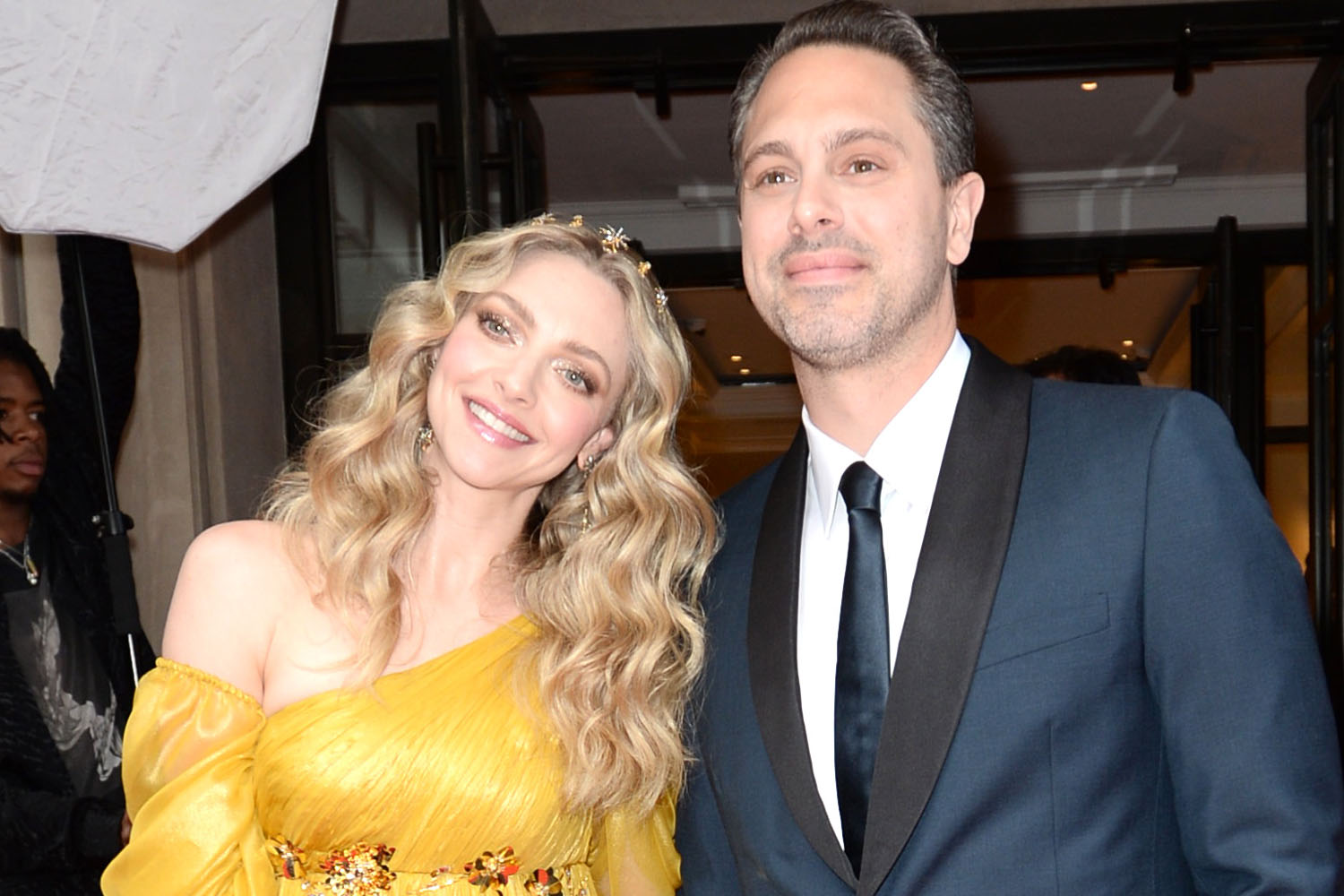 When did Thomas Sadoski step into the world of acting?

Thomas kicked off his award-winning stage career as the understudy for Mark Ruffalo for the Off-Broadway production of This is Our Youth. During his time on stage, he earned 3 Tony Award nominations and 3 additional Drama Desk Award nominations.

As per Elle, Thomas told WWD, “For most of my career, I have held tightly trying to figure out what I’m supposed to do next and controlling everything. I’ve gotten to a point in my life where I think my job is to just follow the path that gets laid out in front of him.” 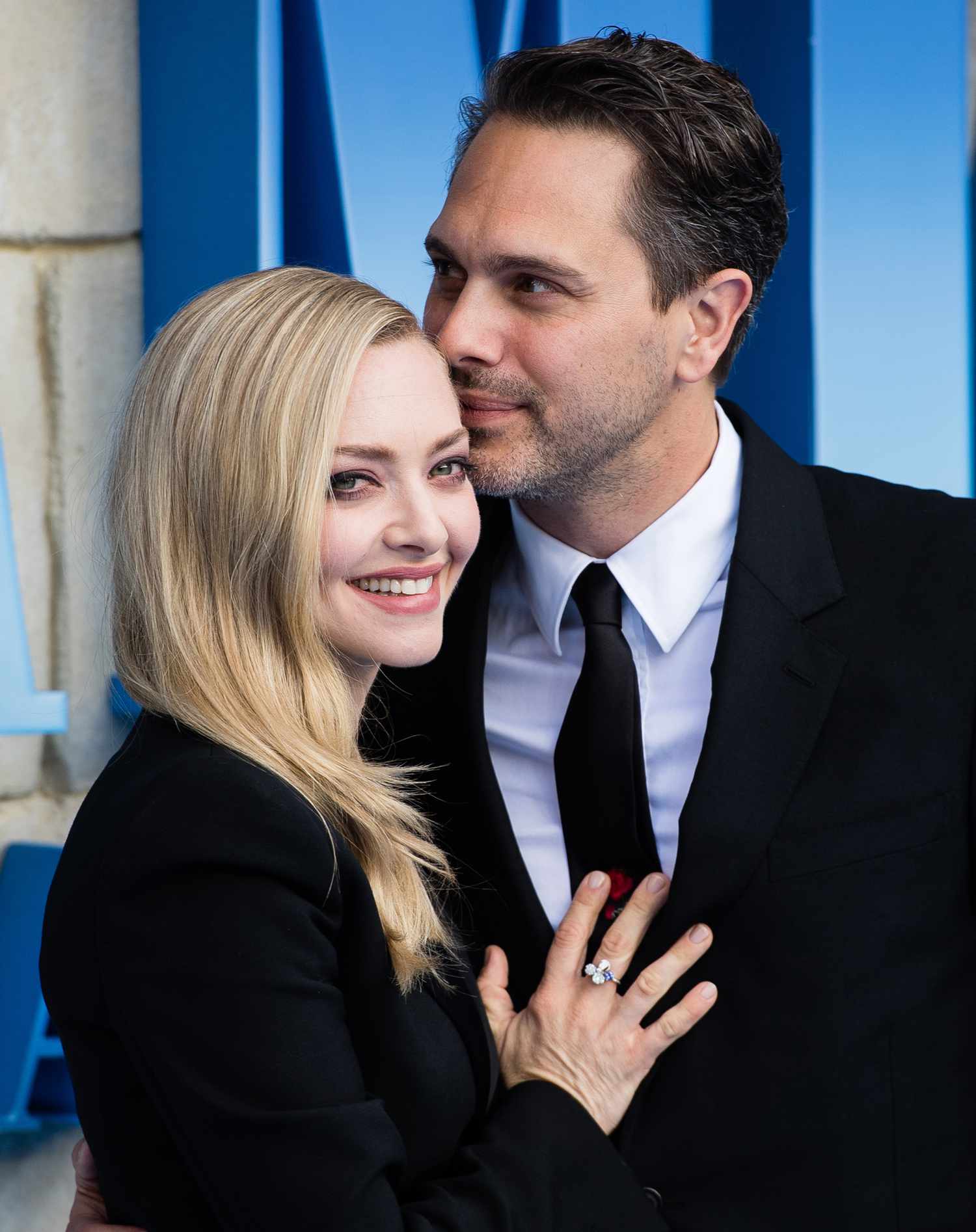 Thomas Sadoski made his film debut in a movie called ‘Loser’

Thomas made his film debut in the movie Loser. He played the character of Chris in the movie. Along with Sadoski, the film also starred Jason Biggs, Mena Suvari, and Greg Kinnear.

Throughout his career as an actor, Sadoski has starred in many films such as Loser, Happy Hour, Take Care, Company K, The New Twenty, Split, 30 Beats, Wild, John Wick, I Smile Back, The Last Word, The Games We Play, Home Shopper, Holy Moses, The Mimic, Killing Elenor, Stalking the Boogeyman, Skin & Bone and Devotion. Yeah, you read that right. Before tying the knot with Amanda, Sadoski was married to Kimberly Hope. Thomas and Hope walked down the aisle in the year 2007 and they got divorced in 2015.

Amanda and Thomas crossed paths for the first time in 2015 on the sets of their off-Broadway play The Way We Get By. During a 2018 interaction with PorterEdit, Seyfried stated that she noticed how respectful he was of his then-wife. She added they were friends at first and when she had panic attacks onstage, he helped her through them.

The Mean Girls actress told the media outlet, “We were both in bad relationships.” She went on to say that “they never flirted, never disrespected his wife. That was another reason why I thought, later on, I could marry him.” Once, Amanda and Thomas were out of their respective relationships, Seyfried suggested Sadoski’s name to play her love interest in the movie The Last Word. The movie, written by Stuart Fink and directed by Mark Pellington, also starred Broadway icon, Shirley MacLaine. Around the same time, the duo’s relationship grew.

At that time, the dating rumors of the pair were confirmed by People magazine in March 2016. Amanda and Thomas announced they were engaged in September 2016, after they began dating earlier that year.

When did Amanda Seyfried and Thomas Sadoski get married?

Amanda and Thomas tied the knot on March 12, 2017, in a private and intimate ceremony.  Thomas announced the piece of good news himself while making an appearance on The Late Late Show with James Corden. He flaunted his wedding band during his appearance on the show.

At that time, Thomas said, “We eloped. We just took off into the country with an officiant and, just the two of us, and we did our thing. It was beautiful. It was everything that it should be. It was just the two of us talking to each other.” Since then, the pair has been spotted out and about at various award shows as well as movie premieres. How many kids do Amanda Seyfried and her husband Thomas Sadoski have?

Amanda and her husband Thomas are doting parents of two. The pair welcomed their first child together in the year 2017. Seyfried gave birth to her and Thomas’ first baby, daughter Nina on March 24, 2017.

Their second child joined them earthside three years later in September 2020. As of this moment, Amanda and her husband Sadoski have not publicly revealed the name of their son. Amanda and her hubby Thomas joined hands to support the international organization War Child, which provides assistance to children in areas experiencing conflict. At that time, along with several actors, the pair appeared in a PSA urging other viewers to help the organization by donating.

Then, Thomas told People magazine, “I think any parent, all parents should be able to relate to the suffering of innocent children. It’s just something that’s deeply, inherently part of who we are — that we want to protect our little ones.” Last year, the couple celebrated their 5th wedding anniversary. Amanda and her husband Thomas keep their two kids from the world of spotlight. They prioritize the privacy of their children.

Isn’t the love story of Amanda Seyfried and her hubby Thomas Sadoski beautiful? Kindly let us know your thoughts on the pair in the comments section below. Don’t forget to stay tuned with us for the latest updates from the world of showbiz.