She’s carrying his love with her! The My Heart Will Go On singer Celine Dion’s husband René Angélil, passed away in the year 2016, but the legendary musician is devoted to keeping his memory alive. Here’s all you need to know about René Angélil

René Angélil was a Canadian musical producer, talent manager, and singer. He was born on January 16, 1942, in Montréal, Quebec, Canada to a father of Syrian descent and a mother of Lebanese origin. Back in the day, both of René’s parents were members of the Melkite Greek Catholic Church. He attended Collège Saint-Viateur (high school), in Outremont and Collège André-Grasset (post-secondary), in Montreal.

When did René Angélil step into the world of music?

René Angélil kicked off his music career as a pop singer in Montreal in the year 1961. Then, he formed a pop rock band named Les Baronets with his childhood friends Pierre Labelle and Jean Beaulne.

The band gave some hits during the 1960s but the group dissolved in the year 1972. Soon after, René and his best friend Guy Cloutier began managing artists. Together, both of them managed two successful Québec entertainers René Simard and Ginette Reno. Then, the close friends parted ways in 1981 to become solo managers.

During the same year, Angélil heard Celine Dion’s demo tape when he was considered as a potential producer for her album. After a while, he took over as her agent. He continued to be her manager until June 2014 when he had to step away due to cancer. How did Celine Dion and René Angélil meet each other?

At that time, one of Celine’s brothers found René’s name on the back of Canadian singer Ginette Reno’s album and he sent the recording to him. Soon after, the manager who was 38 years old then, invited the 12-year-old Celine to audition for him in person. Later on, in an interview with People magazine, the It’s All Coming Back to Me Now singer recalled the pair’s first meeting and said, “While I was singing he started to cry. I knew then I had done a good job.”

When did Celine Dion and René Angélil start dating?

During the initial phase of their romance, the pair tried to keep their relationship away from the flashing cameras because of the 26-year age gap between them. In 2016, Celine told People,​​”We kind of kept it cool because of my career. I was living that love secretly. When I was at the age to be able to say to people … It was like bang! Love! Love always wins.” In her memoir titled, Céline Dion: My Story, My Dream, the Love Doesn’t Ask Why singer recalled pining for René in secret. After she won a singing contest in 1988, she and Angélil spent the night together.

Dion wrote, “I threw myself into his arms. Later that night, I was seated at the head of the bed, legs folded under the covers. I was happy about being alone with the man I loved.”

Celine Dion and René Angélil got engaged in 1991

In the year 1990, Celine dropped her first English-language album, Unison. From there on, she rose to international fame and her duet with Peabo Bryson for Beauty and the Beast ended up becoming a smashing hit.

Another big change came in Dion’s life in 1991 when Angélil proposed to her. The Power of Love hitmaker and her manager got engaged in the year 1991. Then, the couple continued to keep their love a secret. 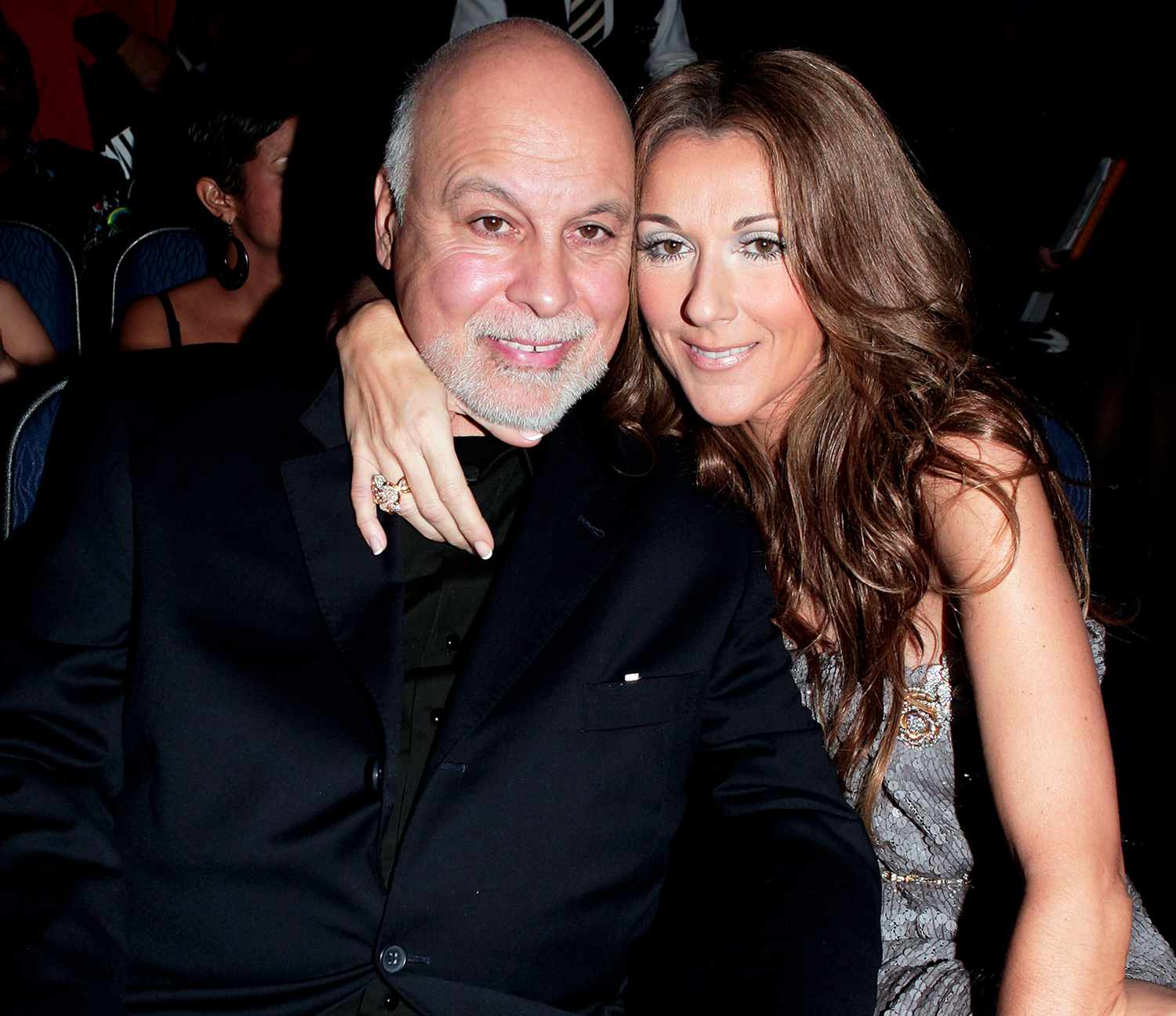 In 1993, Celine Dion and René Angélil made their romance official

After many years of hiding their love, Celine disclosed her romance with her manager in the liner notes of 1993’s The Colour of My Love. According to Reuters, she wrote, “René, for so many years I’ve kept our special dream locked away inside my heart. But now it’s too powerful to keep inside.”

In a 1994 interview with People magazine, the That’s The Way It Is crooner talked about her relationship with René and said, “I was afraid of what people would think. When you’re in love, you want to scream it to the world.” 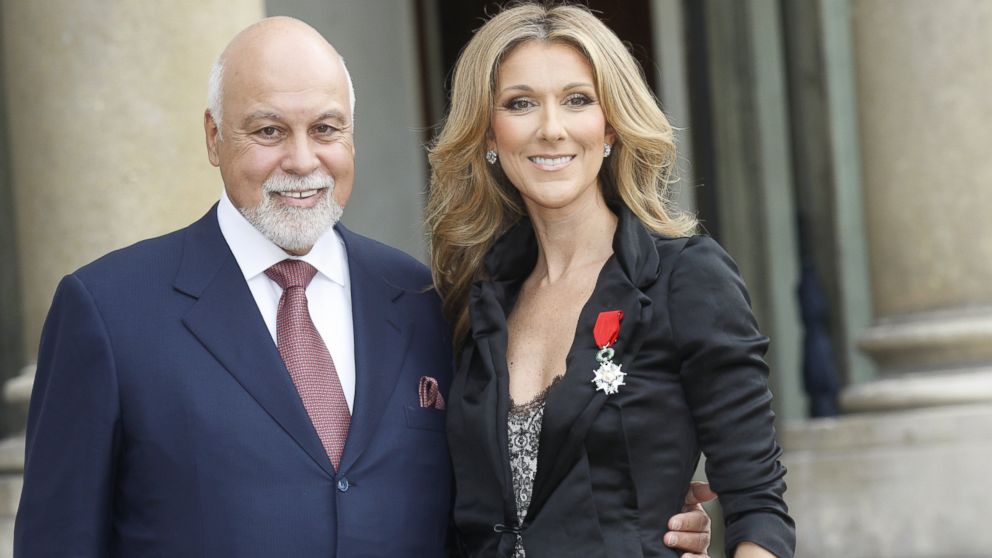 When did Celine Dion and René Angélil get married?

The I Love You singer and her then-fiancé René Angélil tied the knot in an extravagant ceremony at the Notre-Dame Basilica of Montréal on December 17, 1994. The pair’s lavish wedding was also broadcast live on television in Canada.

For the big day, the bride opted for a stunning Mirella and Steve Gentile gown. She topped off her look with an iconic Swarovski crystal headdress. This was the first marriage of Celine, meanwhile third for René. Before getting married to Celine Dion, René Angélil had walked down the aisle two times. At first, he got hitched to Denyse Duquette from 1966 to 1972 and then to singer Anne Renée from 1974 to 1985.

René Angélil got diagnosed with throat cancer in 1999

Celine’s husband René Angélil was diagnosed with throat cancer in the year 1999. At that time, Dion took a 2-year break from her music career to focus on her husband who underwent two surgeries and radiation treatment.

Celine Dion and René Angélil renewed their vows in 2000

The next year, Celine’s husband was declared cancer-free. To celebrate the piece of good news, the couple renewed their vows in an Arabian Nights-themed ceremony in Las Vegas. While talking about the lavish affair, Dion said, “It’s almost like a show, and we’re show business people.”

Celine and her late husband René Angélil welcomed three kids together: three sons. In the year 2000, Dion was expecting her first child with her hubby René. The pair’s first child, son René-Charles, named after his dad joined them earthside in January 2001.

Before welcoming her son René-Charles, the Just Walk Away singer underwent two operations to help with her fertility. The eldest son of the pair, René-Charles was baptized in July 2001. At the moment, he is 21 years old. 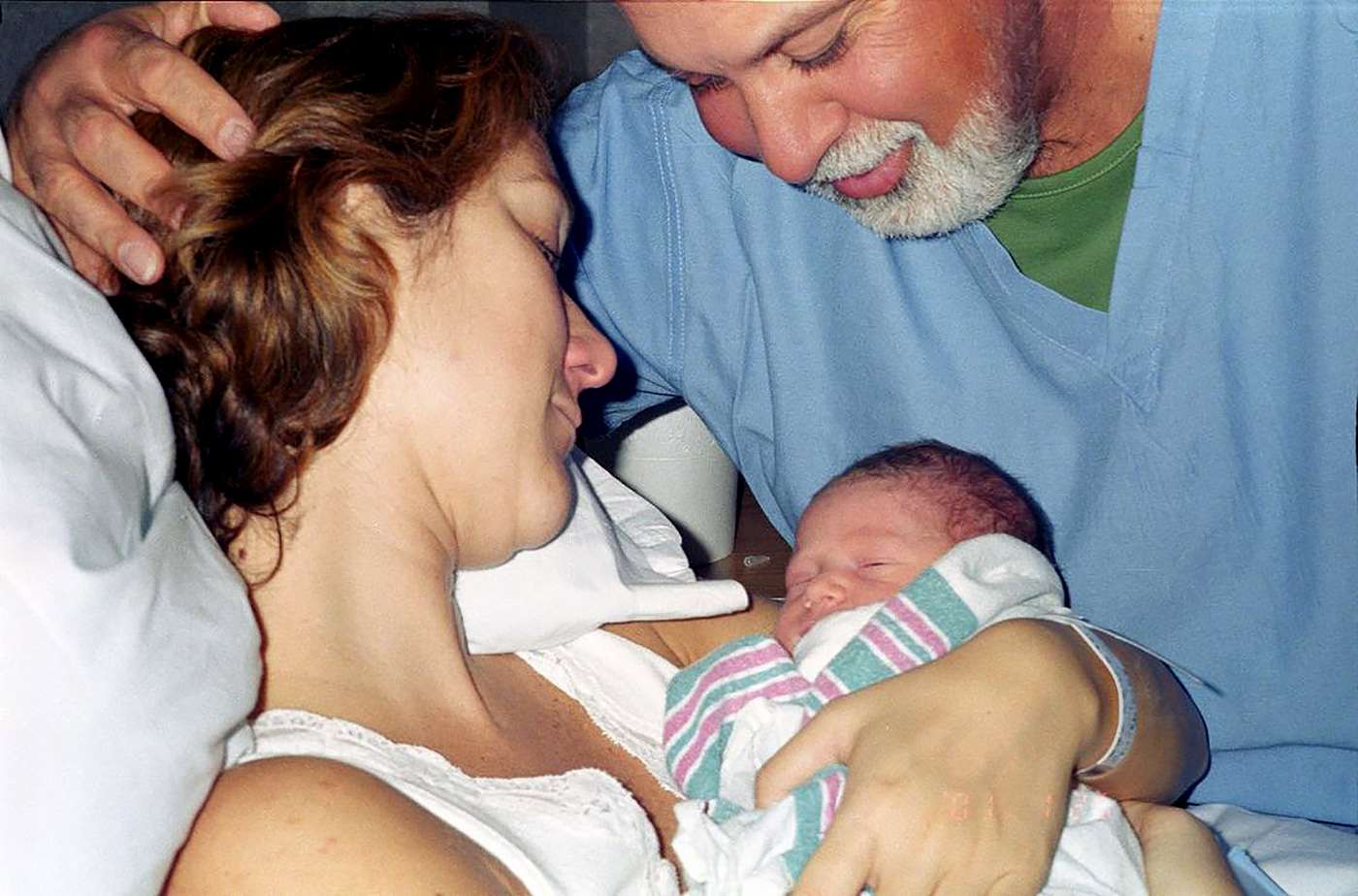 In a 2007 interview, Celine spilled the beans on welcoming and raising her son René-Charles. She said, “He’s a miracle child. I breastfed René-Charles for a year, and I’ll never forget it. His eyes, his skin, his smell, his sleeping, the sweetness, the love, there’s nothing like it.”

Later on, in 2009 Dion underwent many rounds of IVF to expand her family. At that time, she said, “I feel strong and honestly, we’re very blessed. We have a wonderful child, we’re extremely happy.”

The When I Need You singer also stated that she would remain patient for the second baby. She continued, “It’s not like, ‘Oh my God, she’s not pregnant and she’s depressed.’ You know how it works. We are great. We hope for the best, we hope to get pregnant. If it happens, it happens.” 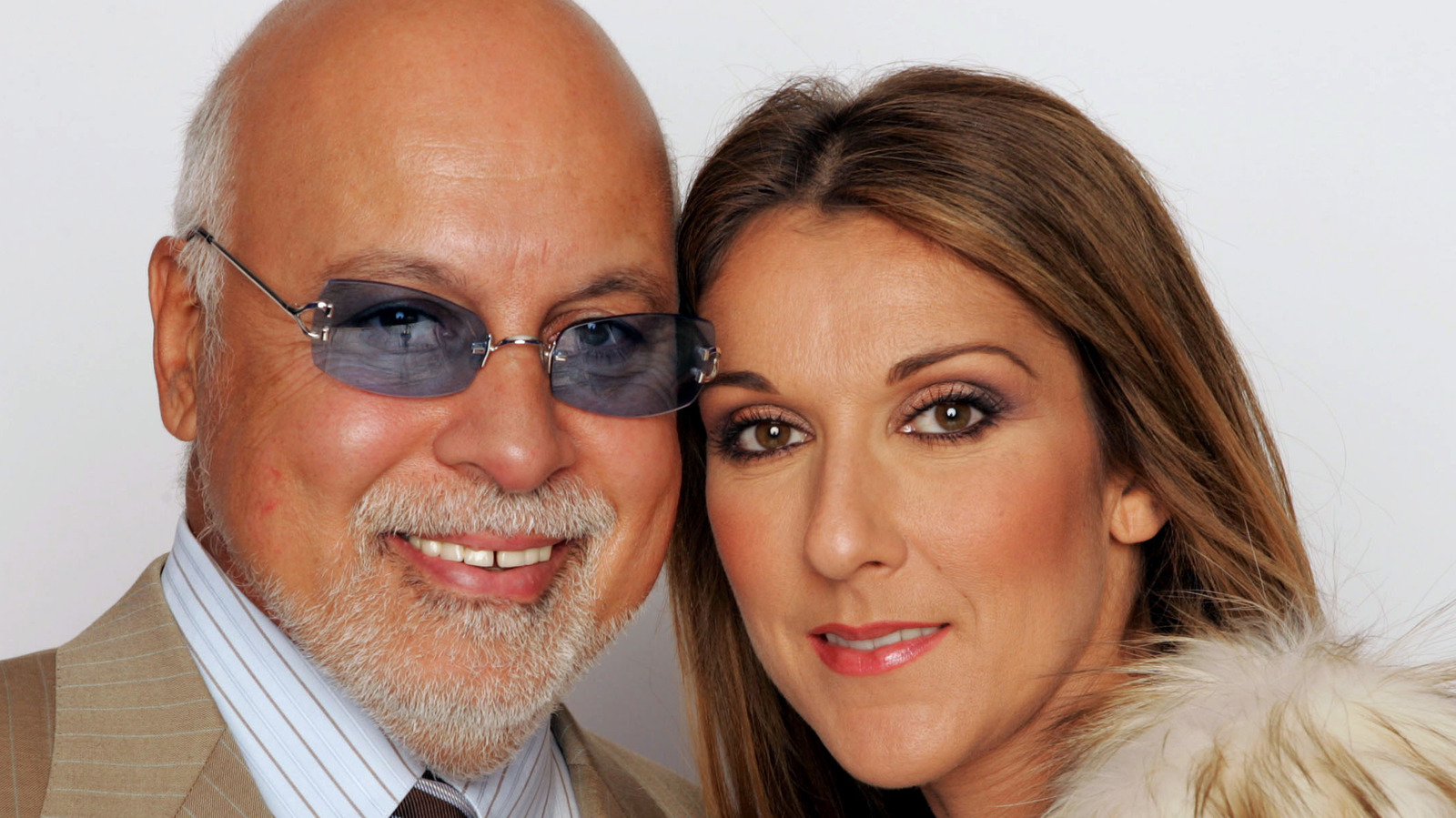 In May 2010, Celine announced that she and her husband René were expecting twins. Then René told People magazine, “We’re ecstatic. Celine is just hoping for a healthy pregnancy. She was hoping for one baby and the news that we are having two is a double blessing.”

The couple picked up meaningful names for their twin boys: Nelson was inspired by South African President Nelson Mandela, and Eddy was named after Eddy Marnay, a French songwriter who produced Dion’s first five albums. The twins were baptized in Las Vegas in March 2011. In 2014, Dion’s husband René was diagnosed with cancer again. She stepped back from performing to take care of her husband. In a 2015 emotional interview with People, Celine stated that she promised to keep Angélil’s last wish.

The Canadian songstress said, “I’ll say, ‘You’re scared? I understand. Talk to me about it.’ And René says to me, ‘I want to die in your arms.’ Okay, fine, I’ll be there, you’ll die in my arms.” 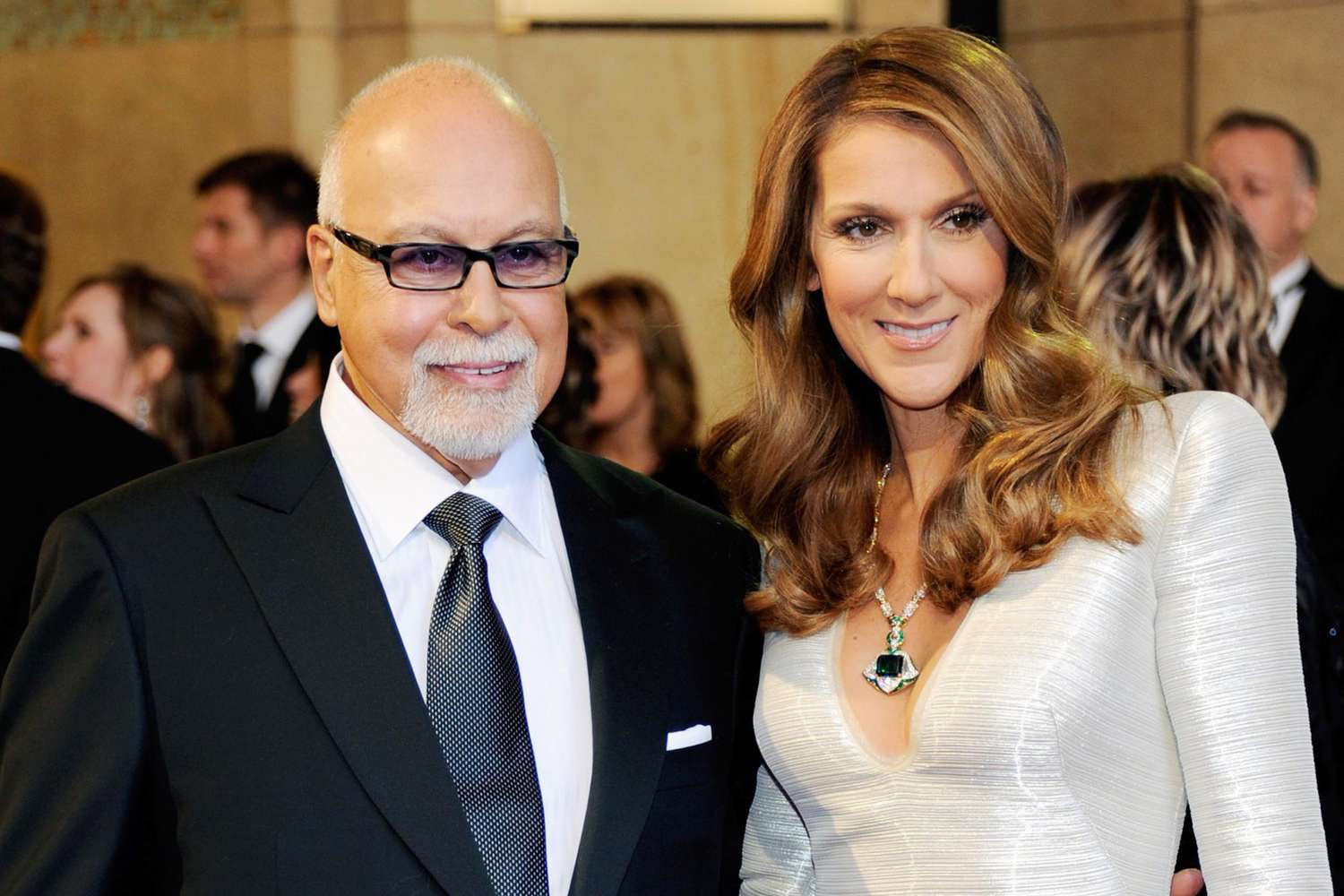 René died on January 14, 2016, just two days before his 74th birthday. Then, his family announced the sad news of his death. He passed away at his home in Las Vegas after a long battle with cancer.

Celine Dion’s husband René Angélil may have passed away but he continues to live on in her heart. Don’t forget to stay tuned with us for the latest updates from the world of showbiz.