After the former Keeping Up With The Kardashians star’s recent divorce from her ex-husband Kanye West and her whirlwind romance with the Saturday Night Live comedian Pete Davidson, Kim Kardashian is single at the moment.

For those of you who are unaware, let us share with you, before getting married to the Donda rapper Kanye West, the Skims founder was hitched to the NBA star Kris Humphries. Continue reading further to know everything about Kris Humphries including his marriage to the reality TV star Kim Kardashian. 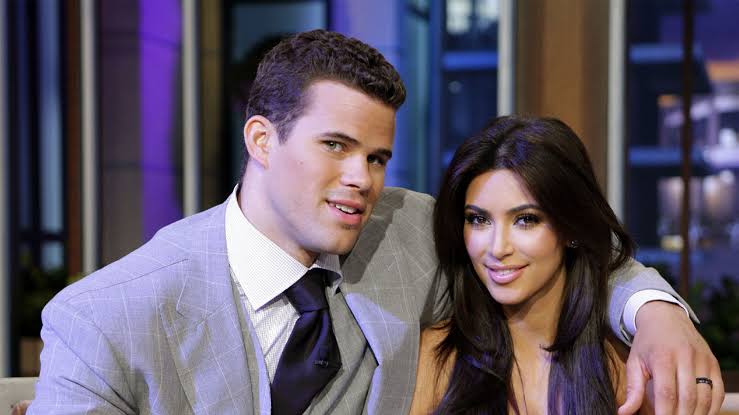 The real name of Kris is Kristopher Nathan Humphries. He was born on February 6, 1985, in Minneapolis, Minnesota, U.S. At the moment, he is 37 years old. He is the son of Debra and William Humphries. His dad was a football player at the University of Minnesota. He is half African-American from his father.

Kris is the youngest of three siblings. He has two elder sisters and their names are as follows: Krystal and Kaela. During his childhood days, he first tasted success in competitive swimming. At that time, he beat young Michael Phelps in swimming contests. Then, he switched from swimming to basketball at the age of 12. 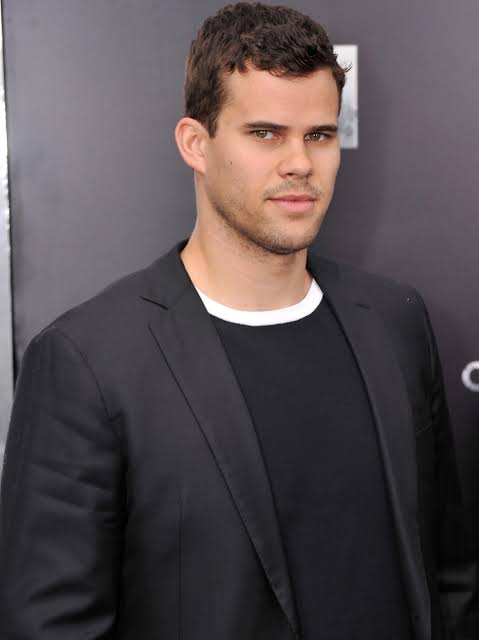 When we talk about Humphries’ educational qualifications, he went to Hopkins High School. Soon after, he accepted a scholarship offer to Duke University but later on, he thought about his decision again and decided to attend the University of Minnesota.

Humphries is a former professional basketball player who played in the National Basketball Association (NBA). Over the last couple of years, he has played in the NBA for various teams such as Utah Jazz, Toronto Raptors, Dallas Mavericks, Boston Celtics, Phoenix Suns, Washington Wizards, Atlanta Hawks, and Brooklyn Nets.

Back in the day, Kris played college basketball for the Minnesota Golden Gophers of the University of Minnesota. In addition to this, he also played for the United States men’s national basketball team. 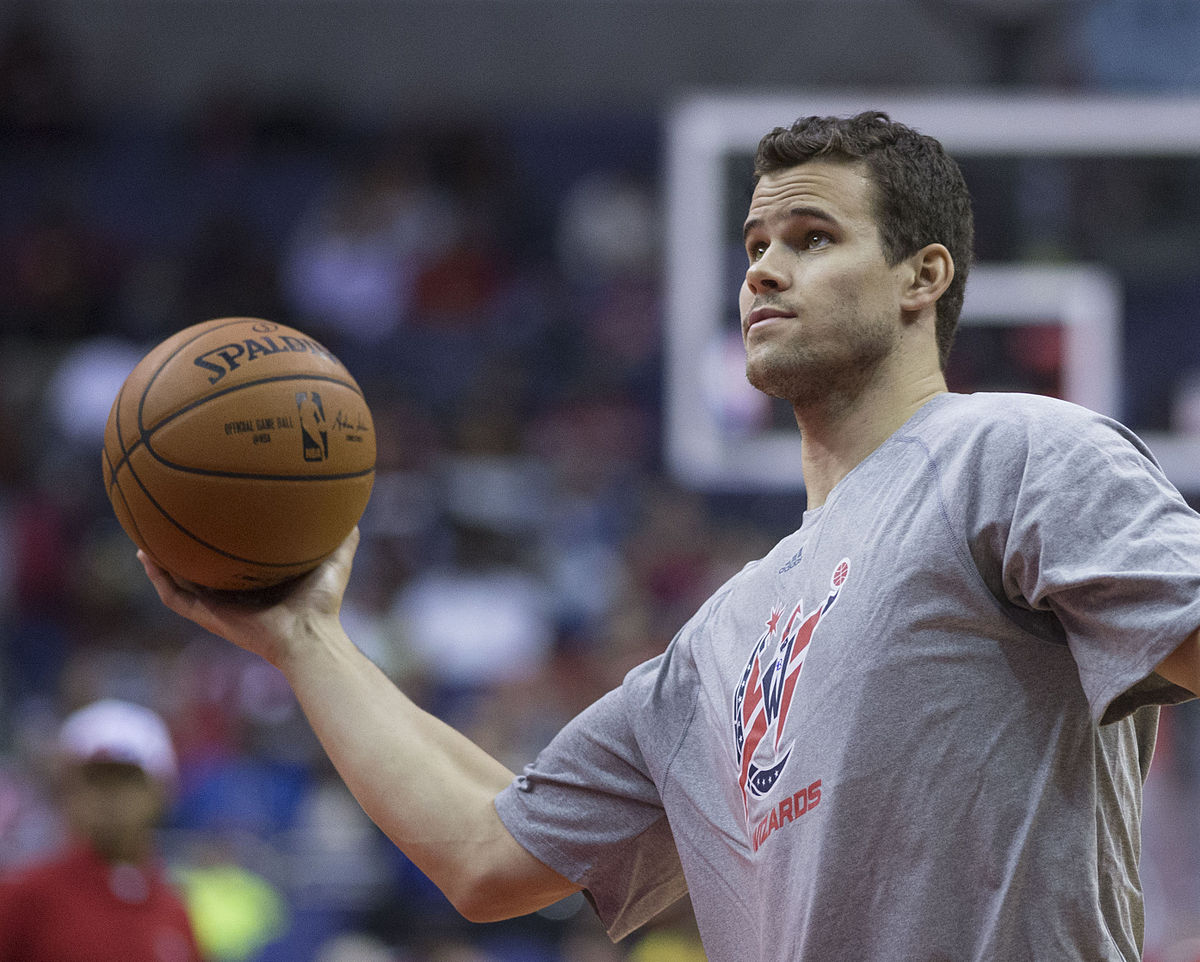 What is the net worth of Kris Humphries?

Due to his successful NBA career as a basketball player, Kris Humphries has an impressive bank balance. According to a report by Celebrity Net Worth, the estimated net worth of the NBA star is a hefty $35 million.

Humphries was signed with the Philadelphia 76ers on September 25, 2017. He was cut from the team in 2018 and then, he moved back to Minnesota to live a peaceful life away from the spotlight. He announced his retirement from the sport in the year 2019. 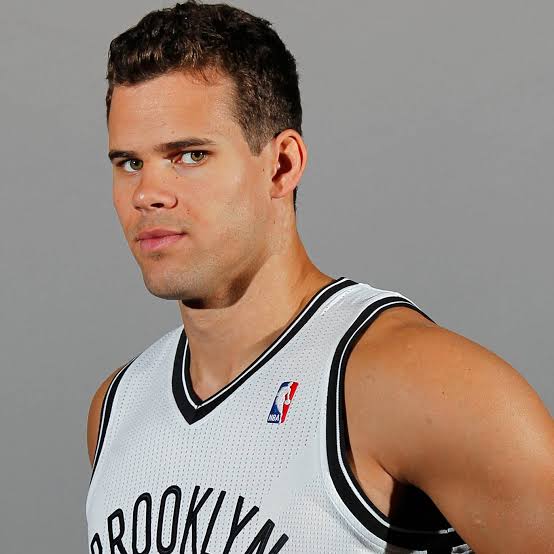 At this moment, Kris works in the real estate sector as well as fast-food franchising. An insider told Us Weekly, “Kris tries to stay as far out of the spotlight as possible. He’s enjoying the single life.” As per Daily Mail, he is also a real estate agent.

Kris Humphries is stepping into the fast food market as well

As per various reports, Humphries became a franchise partner for Crisp & Green in the year 2018. Along with this, he also opened many Five Guys restaurants in Minnesota and Wisconsin.

Earlier this, year, Kris struck a deal with Dave’s Hot Chicken, a Los Angeles-based brand that started as a parking lot pop-up. He and his family seemed excited to open 10 locations throughout the Twin Cities and surrounding areas.

In an April interview with Fast Casual, the former NBA star said, “My family and I were really excited at the prospect of bringing an exciting brand like Dave’s Hot Chicken to our home in the Twin Cities area.” 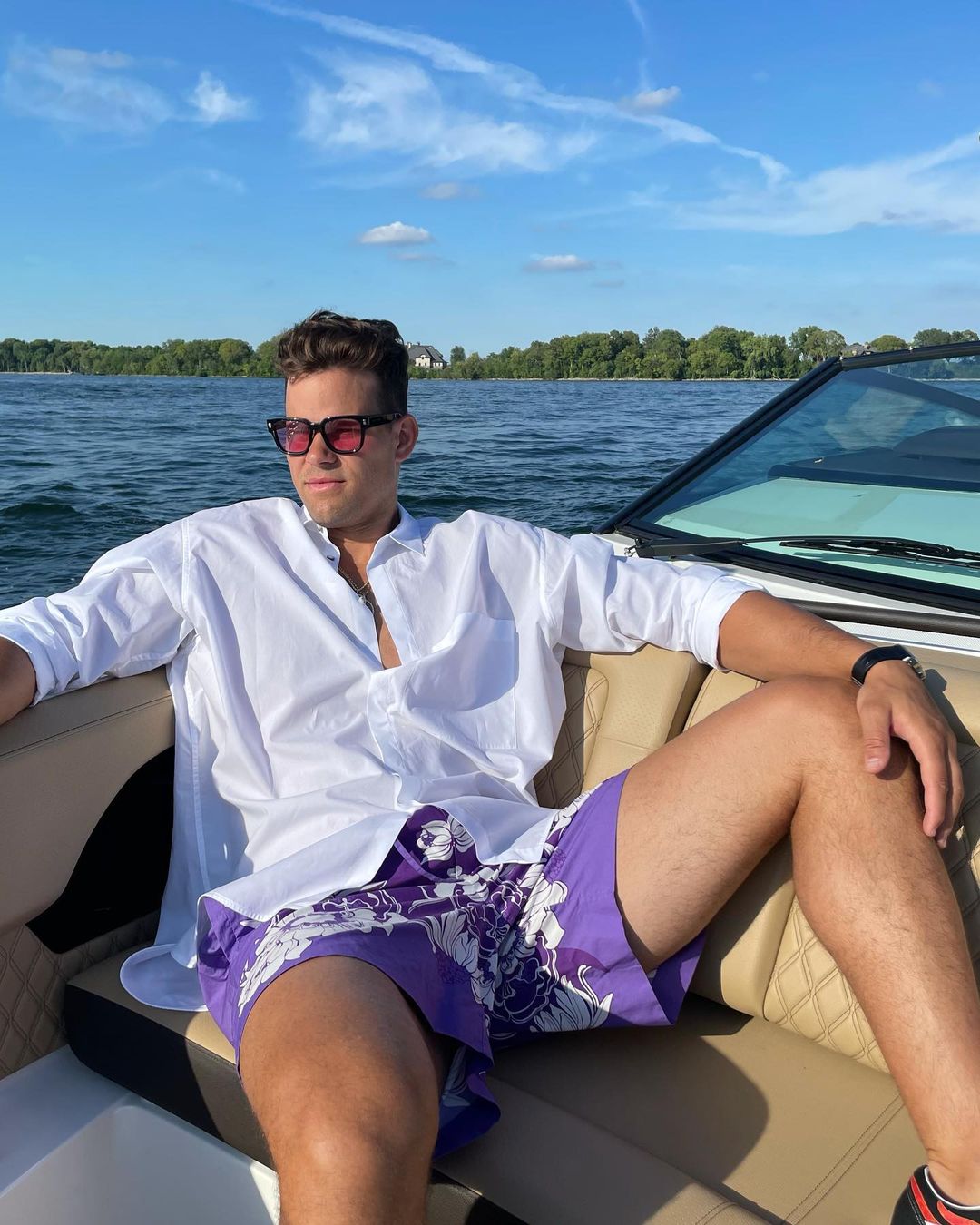 Humphries further added, “After doing our due diligence, trying the product, and meeting the brand’s leadership, we knew this was an opportunity we couldn’t pass up. Dave’s Hot Chicken checks all the boxes for the kind of restaurant brand we want to be involved with and has all the potential for massive growth. We’re excited to see what the future holds for the brand in the Twin Cities.”

The answer to the above question is a huge yes. Like most NBA stars, Kris Humphries also has a profile on the social networking platform Instagram. As of this moment, he has around 111k followers on Instagram.

Up until now, the former NBA player has a total of 83 posts on his Instagram feed. When we took a trip down the Instagram feed of Kris, we found many stunning pictures of him from his travels all over the world, a couple of snaps of him with his close pals and family members, and a few throwback photos of him playing basketball.

When did Kris Humphries and Kim Kardashian get married?

Apart from his basketball career, Kris Humphries is best known for being the ex-husband of The Kardashians star Kim Kardashian. The former couple was married for a total of 72 days.

Kris and Kim began dating in October 2010. Nearly after less than a year of dating, Humphries proposed to Kardashian in May 2011. The pair walked down the aisle in August of the same year. The two of them tied the knot on August 20, 2011. 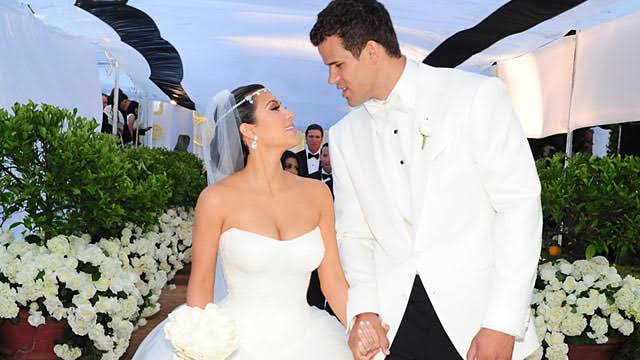 The athlete and the fashion mogul’s wedding and the preparations for the big day were covered in a two-part E! News special which aired on the channel in early October 2011. But Kris and Kim’s marriage wasn’t built to last forever.

On October 31, 2011, it was revealed that Kim had filed for divorce from Kris after 72 days of marriage. On December 1, 2011, Humphries filed his response to Kim’s petition. At that point, he asked the court for an annulment on the grounds of fraud or a decree of legal separation rather than the requested divorce. After a long legal battle, the pair finally reached a settlement in April 2013 and their divorce got finalized on June 3, 2013. 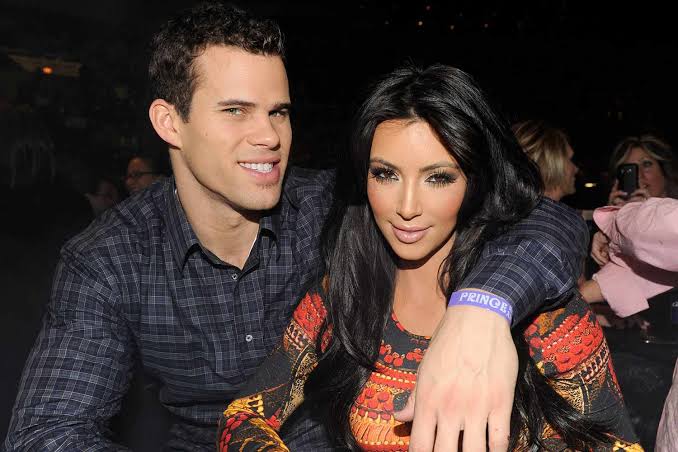 What did Kim Kardashian have to say about Kris Humphries?

In the Keeping Up with the Kardashians reunion episode that saw the light of day on June 17, 2021, Kim went on to say that she owes Kris an apology. She also stated that she dealt with the pair’s split “totally the wrong way.”

Before Kim and Kris’ rehearsal dinner, her mom Kris Jenner tried to convince her to not get married. Kim recalled her mom saying, “What you said to me is: ‘I’m going to put you in a car, no one will find you, just leave and I’ll handle it.'” 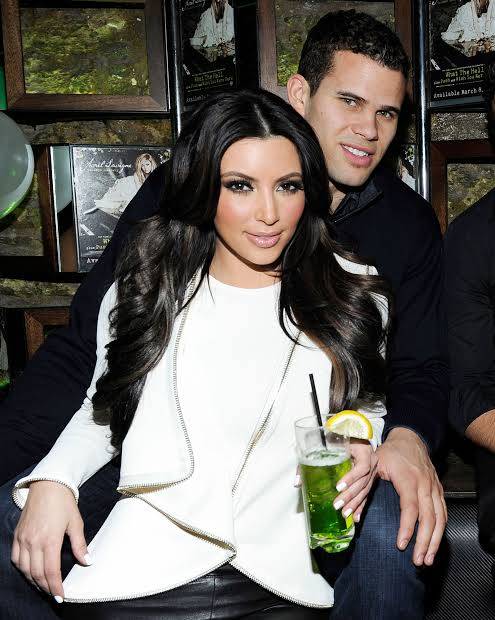 Then, Kardashian addressed the rumors that stated her marriage to Kris Humphries was a publicity stunt. She said, “The show paid us, obviously, a fee to film the show. I took my entire fee and probably Kris’ because I wanted a bigger wedding than what they were going to pay for. So I used all of our production money on the wedding, right. So, if that was fake, I would have saved my money.”

Soon after, the host of the reunion episode, Andy Cohen asked Kim, “Would you say you partially went through with the wedding because of the show?” She said, ‘yes’ and continued, “Because I felt pressured, I felt like I was going to let everyone down.” She also confessed that she handled the pair’s split the wrong way and owes him an apology. 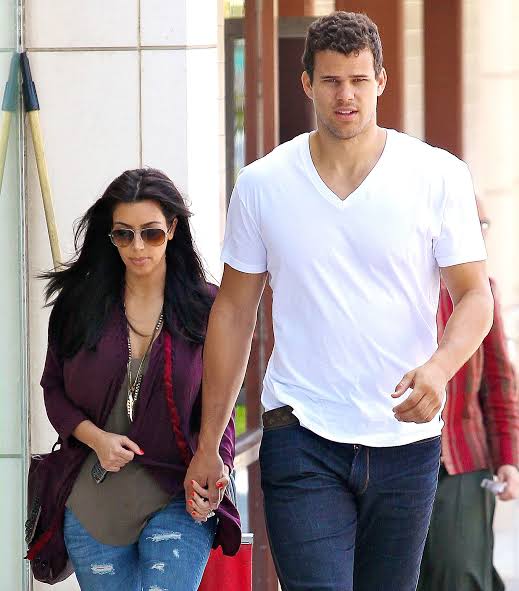 Kardashian shared, “I was so nervous to break up with someone, I handled it totally the wrong way. I fully broke up with him in the worst way, and I couldn’t, I just didn’t know how to deal, I learned so much from it.” Andy asked Kim, “Do you think you owe him an apology?” to which she responded, “Absolutely, and I tried to, I tried calling him for months.”

Kim disclosed that Humphries wanted an annulment of the duo’s marriage instead of a divorce, meanwhile, she insisted on getting a divorce. She stated she wishes she had gone with the annulment.

The social media queen went on to say, “All of his friends got up and said hi to me. He just literally looked at me and wouldn’t even speak to me. He’s very faith-based, and so, I’m sure he would have loved to not have marriage on his record. He wanted an annulment.” Kardashian added, “The only legal way to get an annulment is if fraud is involved, so he marked fraud to get an annulment. So the whole world wondered, ‘What is this fraud?’ … If I was mature, I would have wanted the annulment too. I wish I was only married once.”

Do you think Kim Kardashian and her ex-husband Kris Humphries were not each other’s soulmates? Kindly let us know your thoughts on the pair in the comments section below. Don’t forget to stay tuned with us for the latest updates from the world of showbiz.