Hélène Mercier is the wife of business magnate Bernard Arnault who recently dethroned the billionaire Elon Musk as the richest person in the world in December 2022. Bernard is the chief executive of the luxury goods giant LVMH.

When we put some light on the personal life of Bernard Arnault, he has been happily married to his wife Hélène Mercier since the year 1991. Read on to know more about every aspect of Hélène’s wife. Here’s all you need to know about Bernard Arnault’s wife Hélène Mercier (birthday, profession, and more)

According to various media outlets, Hélène Mercier is a famous Canadian pianist. She was born on February 5, 1960, in Montreal. She started taking piano lessons at the young age of 6 and made a career out of her passion.

Over the last couple of years, Mercier has received many awards, thanks to her talent. She has been honored at the Quebec and Canadian Music Competitions. Apart from this, she also got an award at the Prague International Chamber Music Competition. At the age of 15, Hélène took Dieter Weber’s class at Vienna’s University of Music and Performing Arts. Later on, she went on gain more knowledge about music at the Juilliard School in New York.

As per her bio on Chandos, Mercier has studied with the likes of Sascha Gorodnitzki, Pierre Sancan, Maria Curcio, and Stanislav Neuhaus. Since making a name for herself in the world of music, she has performed at many music festivals across Europe and North America.

When did Bernard Arnault and Hélène Mercier get married?

For those of you who are unaware, let us share with you, Bernard and Hélène reportedly  crossed paths for the first time at a dinner party in the year 1989. The pair’s romance blossomed the next year and they tied the knot in the year 1991.

Before walking down the aisle with Mercier, Bernard was married to Anne Dewavrin. Arnault and Anne exchanged their vows in 1973 and they pulled the plug on their romance in 1990. The former couple shares two kids: Delphine Arnault, and Antoine Arnault. 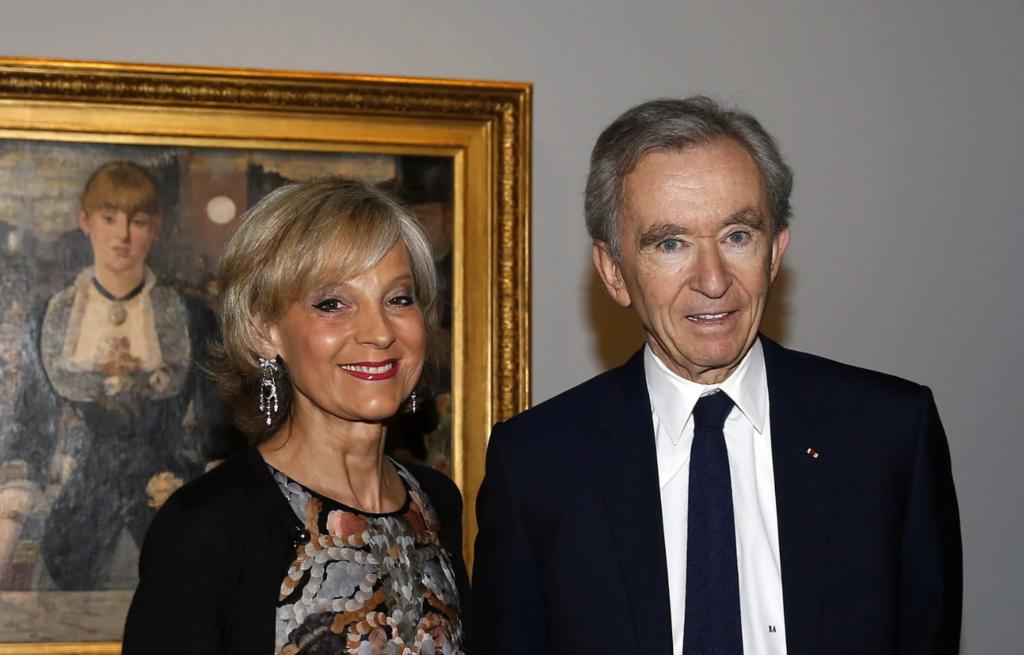 How many kids do Bernard Arnault and Hélène Mercier have?

Bernard and his second wife Hélène welcomed 3 kids together. The names of their kids are as follows: Alexandre, Arnault Frédéric Arnault, and Jean Arnault. After getting hitched to Bernard, Mercier also became a stepmom to his two kids from his previous marriage to Anne Dewavrin.

All children of the French Tycoon have different roles in the companies he owns. Jean is the Director of Marketing and Development at Louis Vuitton, meanwhile, Alexandre is Tiffany & Co’s EVP. What is the net worth of Bernard Arnault?

According to a report by the Bloomberg Billionaires Index, the net worth of Bernard Arnault, the richest man in the world is estimated to be $178 billion as of January 2023.

Did you get shocked after learning the net worth of Bernard Arnault? Kindly let us know your thoughts in the comments section below. Don’t forget to stay tuned with us for the latest updates from the world of showbiz.