Top 10 Largest Navies in the World 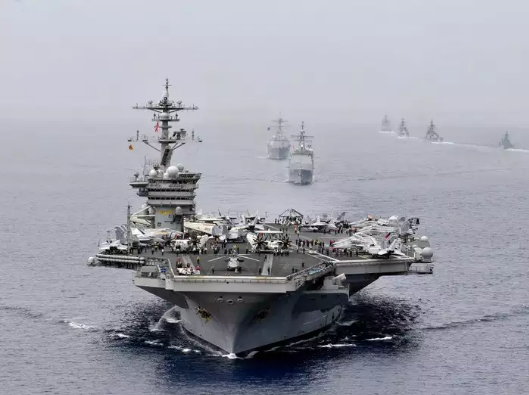 The Navy is considered the most important part of the countries that have a large coastline. A country with a coastline has a fleet, according to a widely held belief dating back to antiquity. Navies, large and small, are renowned over the world for carrying out specialized duties such as ensuring the safety of their waters, safeguarding their homelands, and keeping communication links and shipping routes available during times of peace. They demonstrate their naval strength to safeguard their country during times of conflict. In this article, we’ll discuss the top 10 Largest Navies in the world.

Top 10 Largest Navies In The World

A country with a large coastline has to have more strong navies. The list below, which is based on data from Global Firepower’s 2018 Military Strength Ranking, ranks countries solely based on the number of naval assets they have, which includes support craft, patrol boats, corvettes, destroyers, frigates, and aircraft carriers (which includes both traditional carriers and “helicopter carrier” warships).

The US Navy is currently the most competent in the world. In the early 1990s, with the conclusion of the Cold War, the US Navy has moved its attention from large-scale war scenarios with the Soviet Union to localized battles.

The US fleet continues to decrease owing to declining financing and lack of proper threat, although mostly at an expense of smaller ships, rather than significant surface combatants and deadly submarines. The US fleet is being adequately maintained. New ships and weaponry continue to appear. The US Navy has roughly 320 000 members. 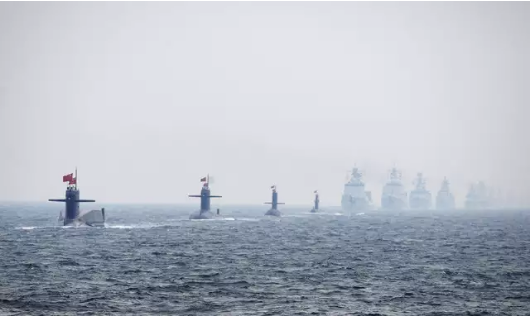 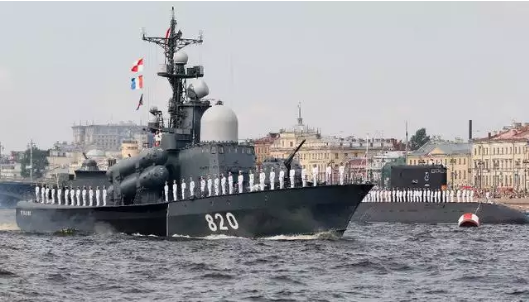 Since 1696, the Russian Navy has demonstrated its presence in many forms and is regarded as the world’s third most powerful navy. Its headquarters are at Saint Petersburg’s Admiralty Building. Sealift, Sea Denial, Naval Warfare, Marine Security, Fleet in Being, and Fortress Fleet Doctrine are some of the key functions of the Russian Navy. 1 aircraft carrier, 42 patrol boats, 3 patrol ships, 15 special-purpose ships, 32 landing craft, 28 landing ship tanks, 92 corvettes, 26 frigates, 16 destroyers, 3 cruisers, and 3 battlecruisers make up the Russian Navy.

It has cutting-edge warships and submarines at its disposal. In addition, the Japanese navy is kept in excellent condition and is exceedingly efficient.

So, while Japan’s navy is behind China’s in terms of total vessels and tonnage, Japanese warships are often more sophisticated and equipped with cutting-edge armament. The JMSDF, on the other hand, is devoid of nuclear weapons. 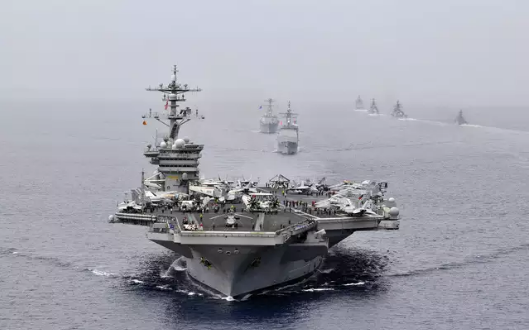 The Royal Navy is the official name for the Navy of the United Kingdom. The Royal Navy was the most powerful in the world from the mid-eighteenth century forward. It had unrivaled authority and was instrumental in the establishment of the British Empire. Only during World War II would the United States Navy exceed it.

The Royal Navy is currently focused on expeditionary operations and continues to be one of the world’s most capable blue-water fleets. Despite this, it is rapidly shrinking in size and number of warships owing to dwindling financing. The Royal Navy now employs roughly 33 000 people. 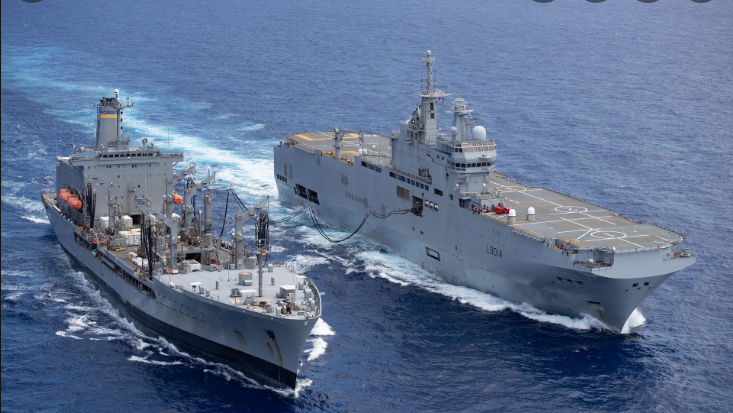 The French Navy, which was founded in 1624, is one of the world’s most powerful and greatest navies. The Maritime Gendarmerie, the Marseille Naval Fire Battalion, the Navy Riflemen, French Naval Aviation, the Submarine Forces, and the Naval Action Force are the six principal components.

It is one of the world’s oldest fleets that is still operational and responsible for naval combat. The fleet had a significant role in French history, having helped to establish and secure the French colonial empire for more than 400 years. 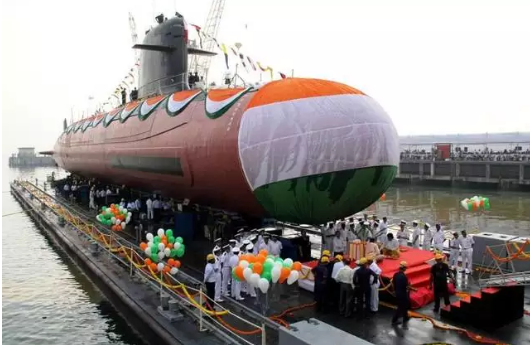 The Indian Navy employs around 67 000 people. In South Asia, it is a strong force. It is gradually improving its equipment and transitioning from a coastal to an ocean-going force. However, it loses in comparison to the Chinese navy in terms of size and capability.

The Indian Navy currently has only one aircraft carrier, the INS Vikramaditya. In terms of aircraft, this ship is somewhat small. The INS Vikrant, another aircraft carrier being built in India, is expected to be operational shortly. It will considerably improve India’s ability to project force. 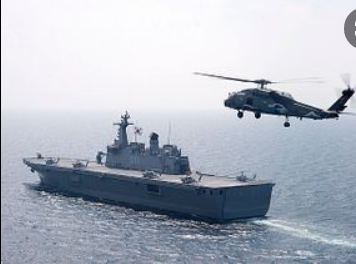 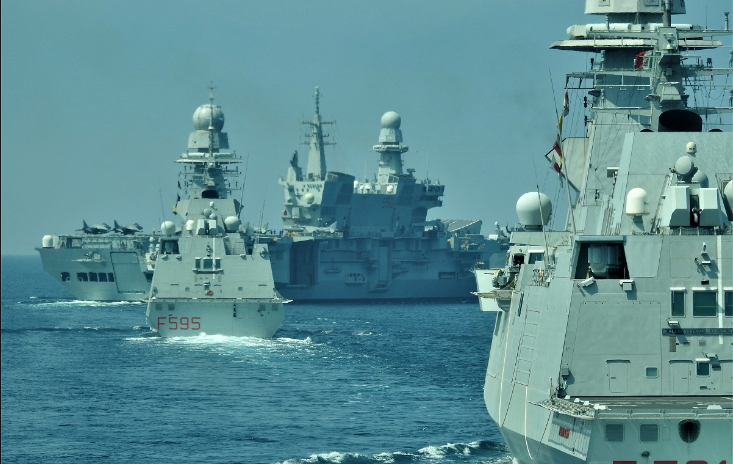 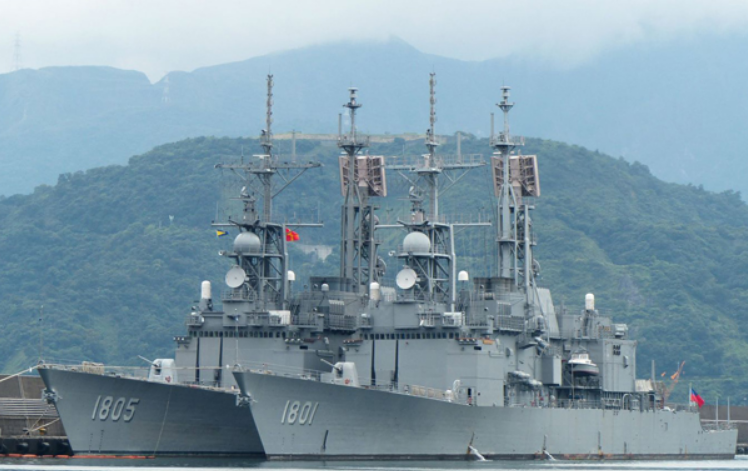 The Taiwanese navy, also sometimes referred to as China Liberation Navy, was established in 1924. It is a component of the Republic of China Armed Forces and is one of the world’s top ten navies. The Republic of China Navy’s primary responsibility is to protect Republic of China territory as well as the maritime lanes that encircle Taiwan from a barrier, attack, or potential invasion by the People’s Liberation Army Navy.

These are the top 10 Navies in the World. These are ranked according to the active personnel. The high-tech ships and submarines are also kept in mind. Whom do you think will overtake US Navy in the next 10 years?