Julie Andrews is undoubtedly one of the most beloved stars in the industry. From Mary Poppins and the Sound of Music to her recent works, The Princess Diaries, and many more, she has come a long way. The multi-talented actress/singer has been ruling the industry with her one-of-a-kind voice and incredible acting skills. Besides her vocal range and fascinating stage presence, she is also known for her devotion to her family, her quiet confidence, and her overall persona. All these factors make her the favorite of many.

Know These Little-Known Facts About the Star

Julie Andrews has been working in the industry for more than six decades now. Here are some facts about the star that sum up her professional, personal, and other aspects of her life.

Julia Elizabeth Wells, known as Julie Andrews, was born on October 1, 1935, in Walton-on-Thames in England. The child was raised by her parents, Barbara Ward Wells and Edward Charles Wells. Her mother was a pianist, and her father was a teacher.

Like many celebrities, Julie, too, had a rocky childhood. She grew up in a poor environment. Her parents had to work hard to make ends meet for the family. When she was 5, she endured the Nazi bombing of London.

Julie was 15 when she found that the father who raised her was not her biological father. She also found that she was conceived during an affair with him. She wouldn’t even address him as Dad.

Her stepfather, Ted Andrews, was a violent alcoholic. She did not like him at all. Her stepdad also tried to get in bed with her twice. Such abusive childhood took a toll on her mental health. And because the family was poor, she carried the responsibility to work and support their family at a very young age.

Her biological father, Ted Wells, was a war hero. He rescued and evacuated children during the Blitz in World War II.

Many actors and actresses land their first gigs as children, but very few find themselves a golden chance to perform before the royalty. Andrews experienced her big moment when she performed with her parents in small stage shows in England. Soon, her unique voice began landing her a spot at the Annual Royal Command Variety Performance. She was just 13 when she performed before King George VI.

Julie’s performance in the Royal Command made her the youngest person to appear in the event’s history. She performed confidently in front of King George VI, Queen Elizabeth, Queen Elizabeth II, and Princess Margaret.

What makes Julie different from other singers and performers is her four-octave singing voice! Julie’s unique voice convinced her to begin her career by performing in the music halls. By the age of 20, she launched her stage acting career in the production, Cinderella.

Do you know that when Julie started her career in singing, she had a musical mentor? In one of the interviews, she stated that she have to give a shout-out to the concert Soprano Madame Lilian Stiles-Allen. According to Julie, she could not have been what she is today without her mentor.

When Julie started her acting career, she was the first person to play the role in the first run of My Fair Lady on Broadway. The role helped her rise to recognition and prominence in the theater. However, when it came to casting the film, the actress was passed over. It is said that the producers wanted a more popular face.

Julie was snubbed for the film version of My Fair Lady, and the producers cast Audrey Hepburn instead. However, it didn’t affect the star at all. In the same year, she starred in Mary Poppins. Her role in the movie is considered one of the most iconic roles. 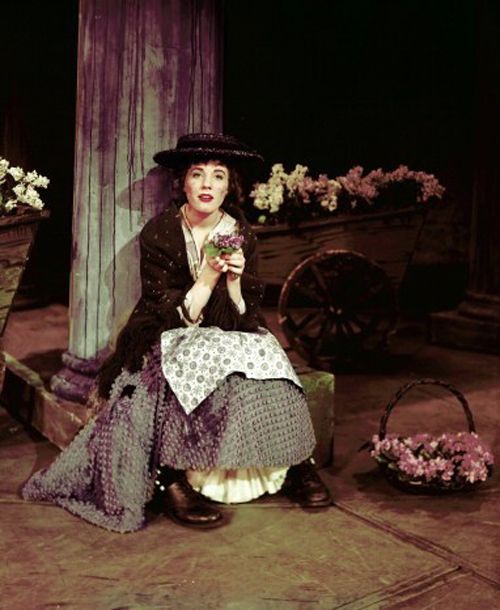 Interestingly, Julie has a rose named after her. The Julie Andrews rose is a beautiful orange-pink rose, named after her in 1992 at the Chelsea Flower Show. It was done to honor her role as a flower in the Broadway, My Fair Lady.

Julie Andrews tied the knot with Tony Walton on May 10, 1959. The couple welcomed their daughter, Emma. In 1968, Julie divorced her husband. However, a year after, she married Blake Edward and birthed two children – Jennifer and Geoffrey.

Julie is a proud mother to five children. Besides her biological children, she adopted two children from Vietnam. Julie and her husband adopted the children when they were two and six months old. 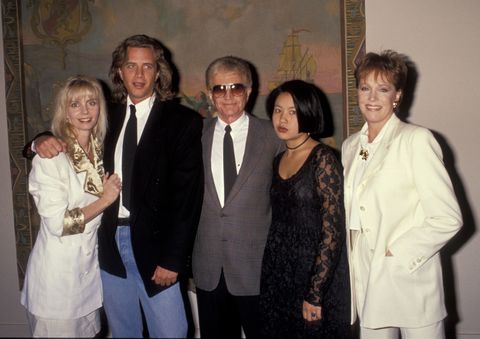 The star is a doting mother to her children. Even at the peak of her acting and singing career, being a mother always comes first to her. In one of her interviews, she quoted that she wanted to be remembered for her family and not for fame.

Andrews is a classically trained soprano who began her formal voice lessons at the young age of 10 years. The doctor told her parents that the girl had an almost-adult larynx, contributing to her strong voice. Her voice made her work more popular among the masses. However, in 1997, Julie developed nodules on her throat.

She had the surgery for a routine procedure and expected to continue singing six weeks later. Unfortunately, her vocal cords were permanently damaged, and she was unable to return to the stage for a long time.

Julie knows how to keep up with the growing trends and is very much with the times. In 2020, the star introduced her very own podcast along with her daughter, Emma Walton Hamilton. The podcast is called Julie’s Library and features the mother-daughter duo reading their favorite children’s stories.

It doesn’t happen with everyone, and Julie considered herself extremely fortunate when Queen Elizabeth II said she waited for a long time to see Andrews awarded damehood. Julie accepted the highest honor one could obtain from the Queen. The ceremony took place in 2000 when Queen Elizabeth II honored her with the title of ‘Dame Julie Andrews DBE’. This title is the equivalent of a knighthood.

Not many people know this, but Julie has been a prolific author of children’s books. The Broadway star and singer is now an author as well. She has published more than thirty books for the little ones. Some of her best writing works include the Very Fairy Princess, Little Boo, and Dumpy the Dump Truck.

Not only this, but the actress has also co-authored many books with her daughter, including Simeon’s Gift and The Great American Mousical. The love for writing comes to her from her love for reading. Ever since she was a girl, she loved to read and write stories. Now she looks forward to sharing her passion with the new generation.

Julie took on her two famous roles as nannies. But long before that, the actress bagged her first role as Zella in The Singing Princess. During that time, Julie was only 15.

It is not wrong to say that Julie Andrews is one of the multi-talented stars you will come across. Many of her friends, colleagues and others claim that her sense of humor is incredible. One of the incidents proves the same. In the sixties, she was amused by a bumper sticker that read ‘Mary Poppins in a junkie’. To this Julie said, “I cannot think of anyone else who dances with penguins on the regular, but I think we would all prefer not to think about it”

For years, scientists have been trying to decipher how Freddy Mercury’s vocal cords allowed him to go such a wide range. Julia Andrews, too, has just as impressive vocal range as Mercury. While the rock legend could sing four octaves in a baritone range, Andrews could do it with soprano pipes.

Once upon a time, Julie Andrews refused a Tony Nomination because she thought other crew members were being overlooked. The whole incident took place in 1996. At that time, she was starring in the Broadway musical Victor/Victoria. She was nominated for Best Leading Actress in Musical. After two days, she made it clear that she would not accept the award if she won, and would not even accept the nomination. 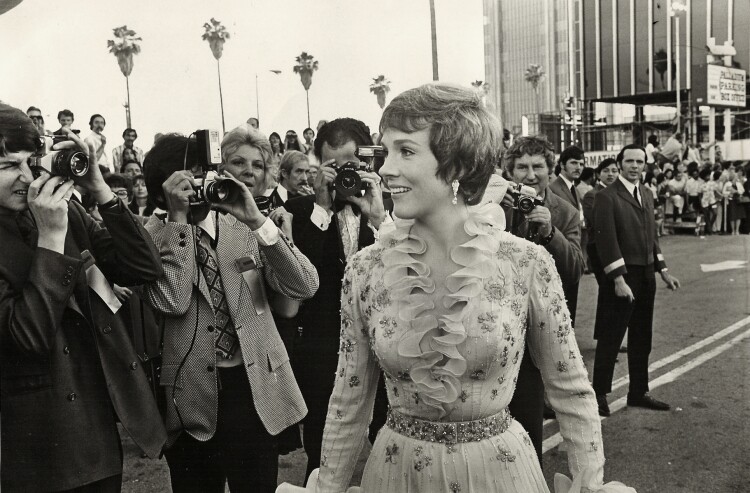 She announced that she would be rejecting this nomination on live TV, in between shows, to raucous applause and cheers.

Julie Andrews received her first Oscar for Marry Poppins. Her spree of winning the prestigious awards did not stop her. She would be nominated again a year later for portraying Maria in The Sound of Music.

Before people began to know Julie Andrews for her regality, she was cast as perhaps one of the least regal women in the history of Broadway. She played Eliza Doolittle in My Fair Lady. Her polished acting skills put the audience in awe.

Julie Andrews won many hearts for her role in The Sound of Music. This movie was based on a true story, and the world knows it. However, there were many differences between Maria Kutschera’s 1949 memoir, The Story of the Trapp Family Singers, and the film.

In her long career of over six decades, the star has gained a lot of recognition in terms of awards and achievements. Besides being made the Dame Commander of the Order of the British Empire, here is the list of the most notable recognitions that Julie had won. 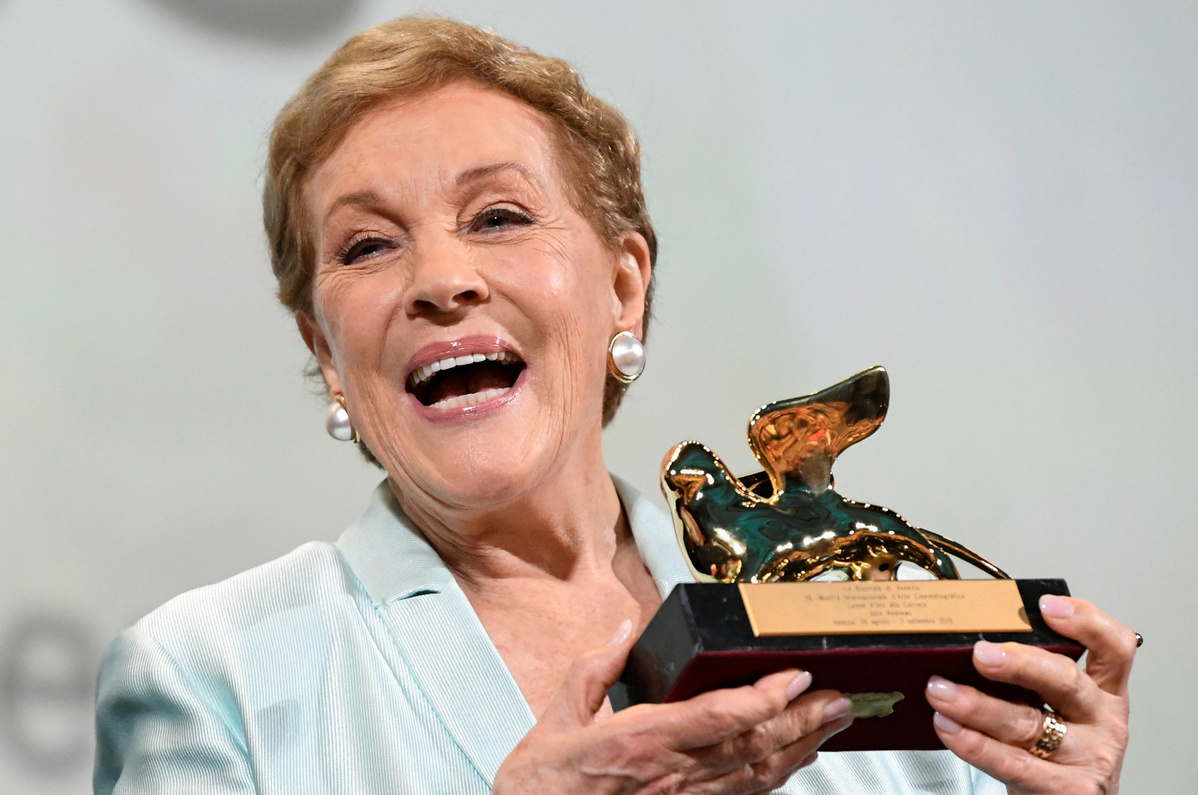 In 1999, Julie sued the Mount Sinai Hospital, Scott Kessler, and Jeffrey Libin. These were the doctors who performed surgery on her for malpractice. The surgery had permanently damaged her voice, following which she had to take a break from singing for some time.

Besides authoring and co-authoring many children’s books, Julie Andrews has also written autobiographies. These include Home: A Memoir of My Early Years (2008) and Home Work: A Memoir of my Hollywood Years (2019). Both the books received a good response from the readers, especially her fans.

On August 4, 2015, Australia’s Minister for Trade, Tourism, and Major Events announced that Julie Andrews, Broadway’s original Eliza Doolittle, would be directing a new production of My Fair Lady at the Sydney Opera House to celebrate the 60th anniversary of the musical. It was another feather in her hat. 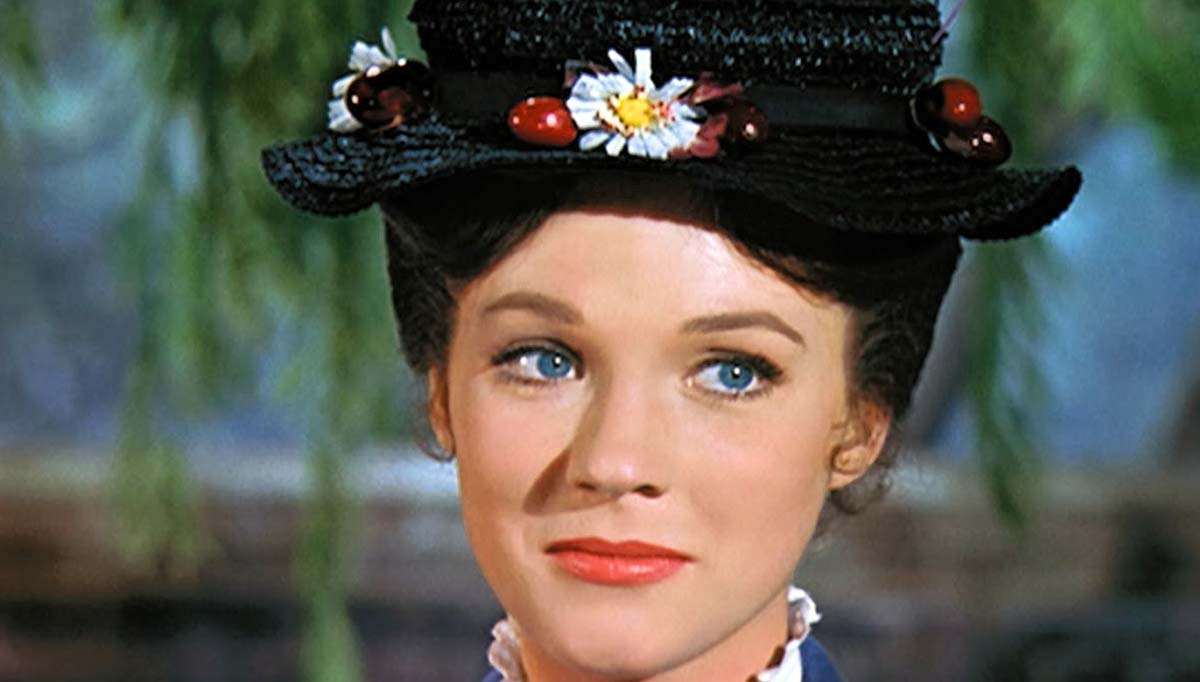 With so many achievements, accolades, and a fan base, Julie still rules the industry. Her strong standing in Hollywood and Broadway is well-deserved. Keep in touch for more.