Is Orange a Fruit or Color? We Have Some Explanation

Orange, the tangy citrus fruit is loaded with vitamin C and other nutrients good enough to keep you healthy. Drinking orange juice offers energy and freshness to the body, and many people prefer drinking it early in their morning breakfast. Orange is also a color, having different shades – light and dark. It brings us to a question. What came first? Orange the fruit, or orange the color? Read below to find out.

According to the linguistic ancestors, the word orange was used to describe a tree on which the fruit grows. The roots of the words are traced back to Sanskrit, wherein it was used as Naranga. Naranga meant orange tree. This word soon evolved into the Persian word Narang and the Arabic word Naranj.

The association of this word wasn’t merely restricted to Sanskrit, Arabic, and Persian, it was also found in Spanish. The Spanish word for orange was Naranja. This common word is one of the toughest words to translate. As the word kept evolving, it eventually came to mean a fruit, not just the orange tree. The French people adapted the Arabic word for the tree Naranj and created their own word known as Pomme d’orenge. Some French called it Orenge. By that time, the speakers of Middle English, too, adopted the phrase. It has been recorded that the Middle English equivalent ‘pume orange’ dates back to the 13th century AD. By this time, orange was merely fruit and not just the color.

Nobody used the word orange to describe a color until almost 200 years later. It was in 1512 that the description of orange appeared. Interestingly, the description itself appeared in a strange place and situation. According to the Oxford English Dictionary, the use of this word as a color appeared in a will. Yes, you heard it right. It was used in the form of ‘Don’t want to throw out your orange peels’. Such use of the word came out as a surprise to many. 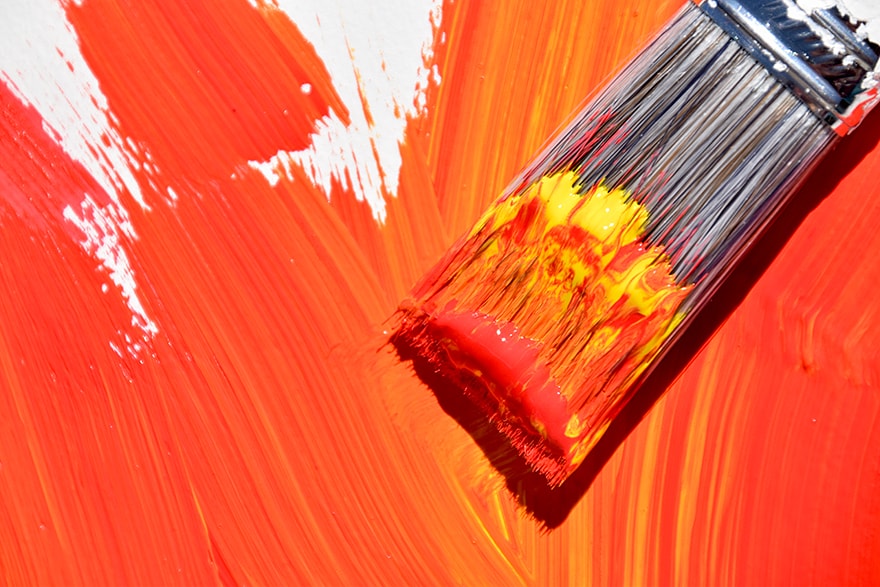 After this, the spree of using orange as color began. Orange was used to address color in newspapers, books, magazines, and even daily language. The question how did people describe color before 1512 remains unanswered. According to sources, the speakers of Old English would use the world geoluread (yellow-red) to describe orange color.

The Different Shades of Orange Color

As soon as orange was used as a color, the names of its different shades, too, began to evolve. Today, when you look for different hues of orange, you will find the words like Tangerine, Marigold, Cider, Rust, Ginger, Tiger, Fire, Bronze, Cantaloupe, Apricot, Clay, Honey, Carrot, Squash, Spice, Marmalade, Amber, Sandstone, and Yam.

The most interesting fact about this word is that you will never find another word that rhymes with orange. English is a crazy language indeed!

The above-listed discussion suggests that orange was fruit at first and became a color later. We are as surprised as you are.

For more such discussions and trivial reading, keep in touch.