How Much Does Lizzo Weigh? Singer Addresses Fat-Shaming Comments

Lizzo is a rockstar, and the whole world loves her. 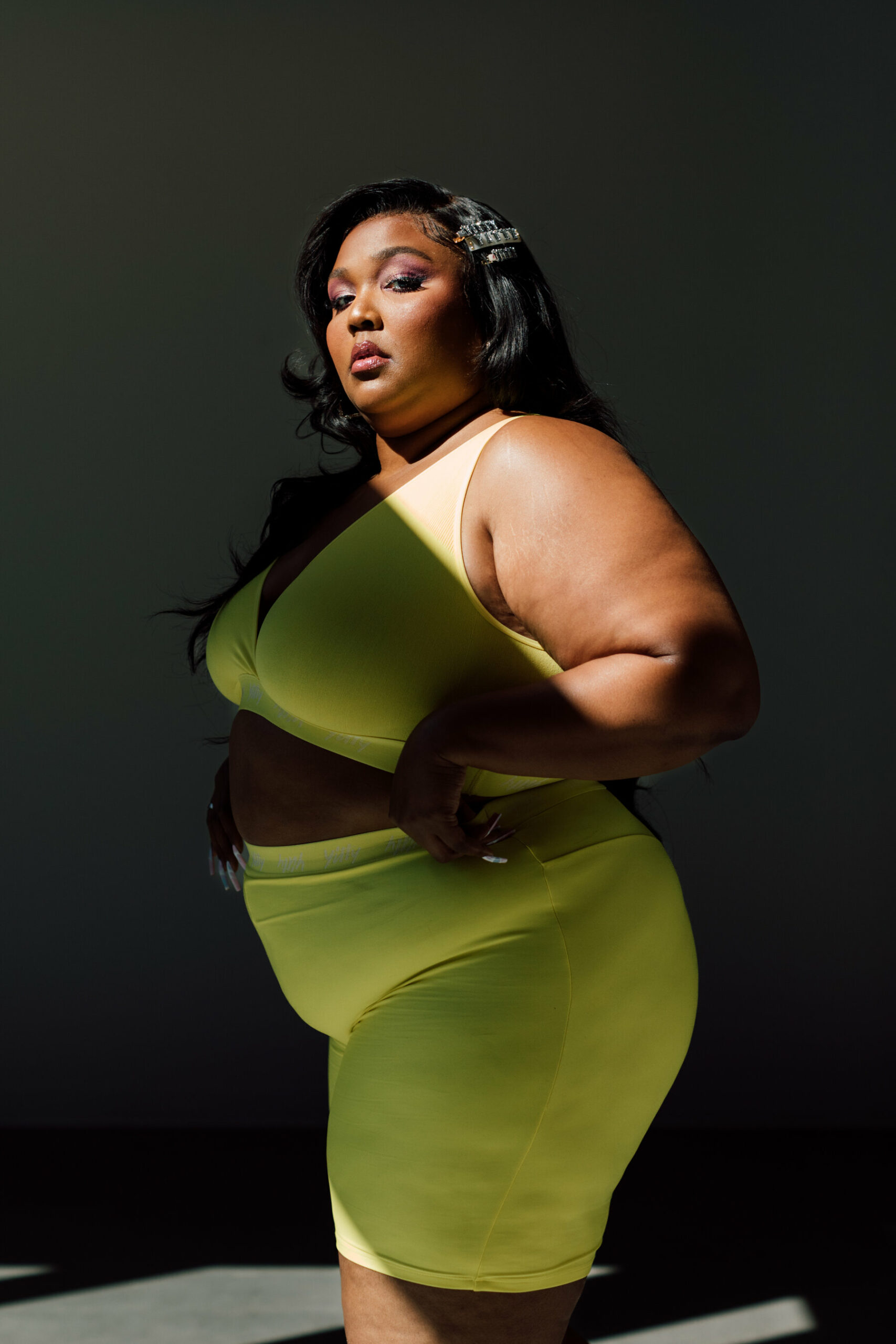 While the whole world is supporting body positivity and encouraging men and women of every shape and size to embrace their bodies the way they are, some people wouldn’t just keep calm.

In the most recent controversy, a remark was made by a comedian about Lizzo’s body weight. But it appeared like the singer was in no mood to turn a deaf ear to it. Lizzo took the stage at the VMA ceremony after Aries Spears made degrading comments about her looks.

Ahead of the ceremony, Aries Spears made some unwanted and degrading remarks about Lizzo’s appearance. He stated he could not get past the fact that she looks like this shit emoji.

This dissing came as a result of Aries’s appearance on ‘The Art of Dialogue’ that premiered on YouTube earlier this week. During the talk show, he was asked whether he thought Lizzo was a good songwriter or not. Aries replied, “She’s got a very pretty face, but she keeps showing her body off like, come on, man. Come on, yo.”

His insulting remarks became a trending topic and took social media by storm. The video clip from the interview racked up more than 3 million views on Twitter alone.

Lizzo had the Last Laugh

When the clip became widespread on social media, Lizzo barely addressed it. However, she did not give the comedian even a second of her attention at the Video Music Award Show, where she was awarded in the Video for Good category for her number, About Damn Time.

She stunned in a beautiful Jean Paul Gaultier gown on the red carpet and performed a show-stopping rendition of her hit, About Damn Time. She also took the stage and performed her new single, 2 Be Loved Am I Ready. 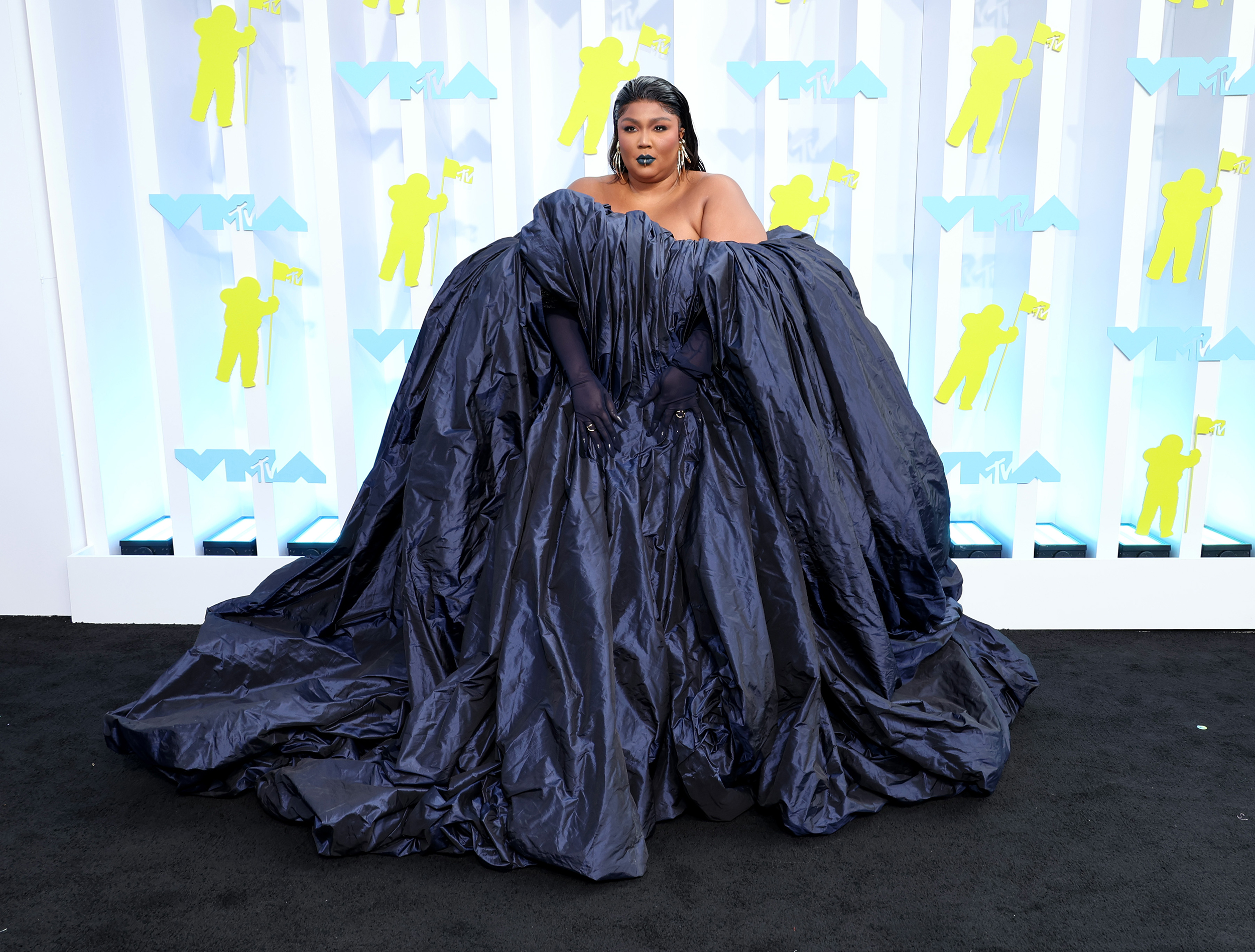 The singer, though, did not specifically comment on the attack managed by the comedian, she managed to take a subtle dig at him in her acceptance speech.

Lizzo’s Fans Got her Back

While Lizzo preferred to stay mum on Spears until the award ceremony took place, her fans emerged in full force to support their favorite rockstar. Many Twitter users  condemned Aries’s comments and wondered why people are once again giving unsolicited opinions about her body.

Aries Spears is a fragile child who is throwing a tantrum because Lizzo is living in her authentic truth and his ugly rant is a failed disguise for the hurt he feels for the lack of support in his career as a fat Black entertainer. THIS is what you call projectionism. Really sad.

Aries Spears is a fragile child who is throwing a tantrum because Lizzo is living in her authentic truth and his ugly rant is a failed disguise for the hurt he feels for the lack of support in his career as a fat Black entertainer. THIS is what you call projectionism. Really sad. https://t.co/xxHWa8hpuV

#AriesSpears is one bitter azz dude. Instead of fat-shaming Lizzo, he should take a deeper look within himself, and learn to STFU. His statement was completely unnecessary and uncalled for.

#AriesSpears is one bitter azz dude. Instead of fat-shaming Lizzo, he should take a deeper look within himself, and learn to STFU. His statement was completely unnecessary and uncalled for.

A Rockstar For Sure

Her real name is Melissa Viviane Jefferson. She was born on the 27th of April, 1988, in Detroit, Michigan. Lizzo has established her career as a famous American musician, rapper, and songwriter. Her music career is so celebrated that in the past few years, she has been among the most popular performers.

Music to her came at a very young age. She began rapping when she was a child and formed a musical group with her friends when she was 14. She changed her name to ‘Lizzo’. Her many albums, including Lizzobanger, Big Grrrl Small World, and Coconut Oil, received accolades and love from music maniacs worldwide. Her 2019 album, Cuz I Love You, was among the top 5 on the US Billboard 200.

The singer had her fair share of struggles with body issues at an early age. However, later she became an advocate for body positivity and self-love. She started her weight loss journey during the Covid-19 pandemic and attained success. Everyone has been talking about her incredible weight loss journey since then.

How Much Does Lizzo Weigh?

Before starting her weight loss journey, Lizzo weighed 140 kilograms or 308 lbs. But she successfully shed many pounds from her body. At present, she weighs around 118 kilograms or 260 lbs. Her massive weight loss has also made her look younger than her actual age (34).

The weight loss journey for Lizzo started in 2020 when she unveiled that she was doing a 10-day smoothie detox regimen. However, her detox plan was not appreciated by the fans.

The singer opted for a vegan weight loss diet. The diet plan she had to follow was strict, which involved quitting sugar and salt. She was also instructed not to gorge on unhealthy processed foods such as pasta, pizza, cheeseburgers, and tacos. She was suggested to add more and more vegetables into her diet and take them as much as she wants. 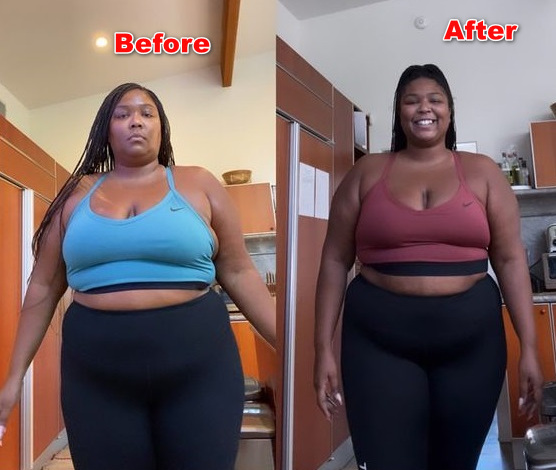 Lizzo’s diet plan did not force her to cut down her calorie intake. Her nutritionist allowed her to eat healthy foods throughout the day. She had to follow a regular workout routine to balance the calorie intake and burning process. As a result, she made it a point to eat well and burn calories in the gym.

In one of her interviews, the singer confessed she likes to have a plant-based diet and natural protein-rich foods.

Lizzo Paired her Diet with a Solid Workout Plan

Your weight loss journey is not just about eating right but also working out to get better results. The singer believes that eating healthy foods and working out regularly in the gym is the key to obtaining good health.

To lose weight, Lizzo started attending the gym. She accepts openly that her workouts helped her a lot in her weight loss journey. She wouldn’t skip exercise for a day and worked hard to achieve her body goals. Her workout sessions included cardio workouts three times a week and strength training four times a week.

She also stated that besides working out at the gym, she would also perform Yoga regularly to stay in good shape: physically and mentally.

Her workout regimen included the exercises such as skipping rope, lat pull down, riding a stationary bike, and weight lifting exercises.

Lizzo Wants to Advise the World on Losing Weight

If you are not happy with your body weight and have set on a journey to lose weight, Lizzo has some advice for you.

In an interview, the singer received immense love and support from her fans while she embarked on her weight loss journey. She expressed her gratitude to all her fans and said she was grateful to have such a huge fandom who loves and supports her. She also highlighted it was nice to know someone has your back when you are going through something. 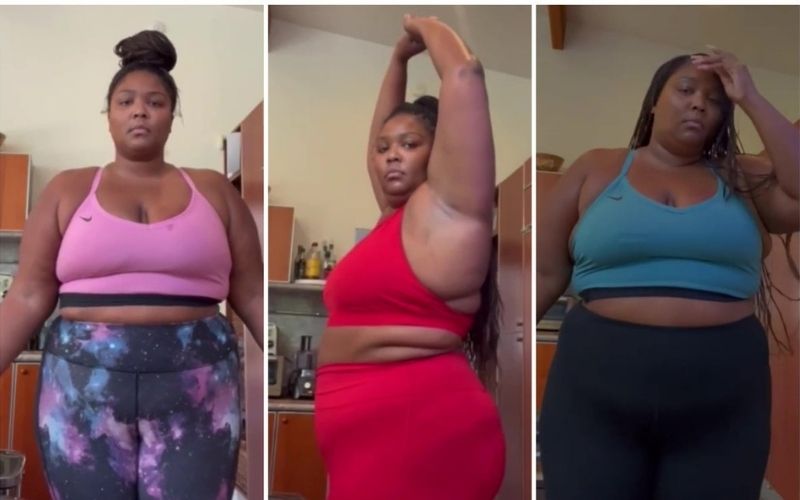 According to her, sticking to your eating schedule will help you a long way in your weight loss journey. Lizzo stated that she would never alter her meals or diet plan, she would eat on the same schedule as she ate when she was working. The purpose behind it was not to confuse the body with when to eat and when not to eat.

Lizzo further tells all her fans who want to lose weight in a healthy way to eat healthy foods as per the schedule and not to change their eating routine. She also suggests pairing up a healthy diet with a good workout plan. She urges the fans to have some support from their family, friends, and loved ones to stay motivated throughout their journey of losing weight.

Lizzo Posted an Emotional Message for her Fans

The actress posted an emotional message for her fans on Instagram and shared the news about detoxing her body. She agreed she is still fat but loves her body. She further told her fans through the message not to starve to lose weight. She fed herself a lot of water, greens, fruit, protein, and sunlight to get back in shape. According to Lizzo, one doesn’t have to starve themselves to look fit, healthy, and beautiful.

When Lizzo’s 10-Day Detox Program Received Flak from the Internet.

Lizzo sparked a controversy when she shared she would be doing a 10-day detox program with smoothies. Her Detox recipe was designed by a well-known author and dietician, JJ Smith. She posted a video on TikTok about her 10-day Detox smoothies, and it did not go well with some of her fans.

While some did not like the idea of detox smoothies and called it an unhealthy way to lose weight, others supported the singer. Things you Should Remember while on a Weight Loss Journey.

What are your thoughts on Lizzo’s weight loss journey? Tell us in the comments below. Keep in touch for more.