Gwen Shamblin Story – From Church to Cult to Plane Crash

Gwen Shamblin Lara – This name rose to fame as the word about the Christian diet program, The Weigh Down Workshop, began to spread. In no time, it transformed into a religion with many people following it. Some people even describe it as a cult.

For Gwen, dieting was divine. She started as a weight-loss guru and turned into a church leader. She became a household name in the 1980s and 1990s and encouraged people to transfer their love of food to a love of God. It appeared divine and positive on the surface, but many of her followers claimed that her sermons had a dark side. Filmmakers Marina Zenovich and Bile Cappello, decided to delve deeper into the story of the author and founder of the Christian diet program, The Weigh Down Workshop. They initially created this documentary to investigate the cult-like practice of her church. But the second part explores the events leading to Shamblin and her husband succumbing to death in a plane crash.

Read the details of Gwen Shamblin’s story below.

Who was Gwen, and how did she start the Weigh Down Workshop?

Gwen Shamblin was born on the 18th of February, 1955, in Memphis, Tennessee. She had been extremely passionate about health and religion from her very childhood. Gwen was raised in the Church of Christ. Following her doctor father’s footsteps, she went on to study dietetics and nutrition at the University of Tennessee in Knoxville.

She began to work as an Instructor of Foods and Nutrition at the University of Memphis and with the Health Department of Memphis. However, after a few years, she decided to combine her career with faith. It is how she introduced The Weigh Down Workshop. It sought to help people use their faith to lose weight. 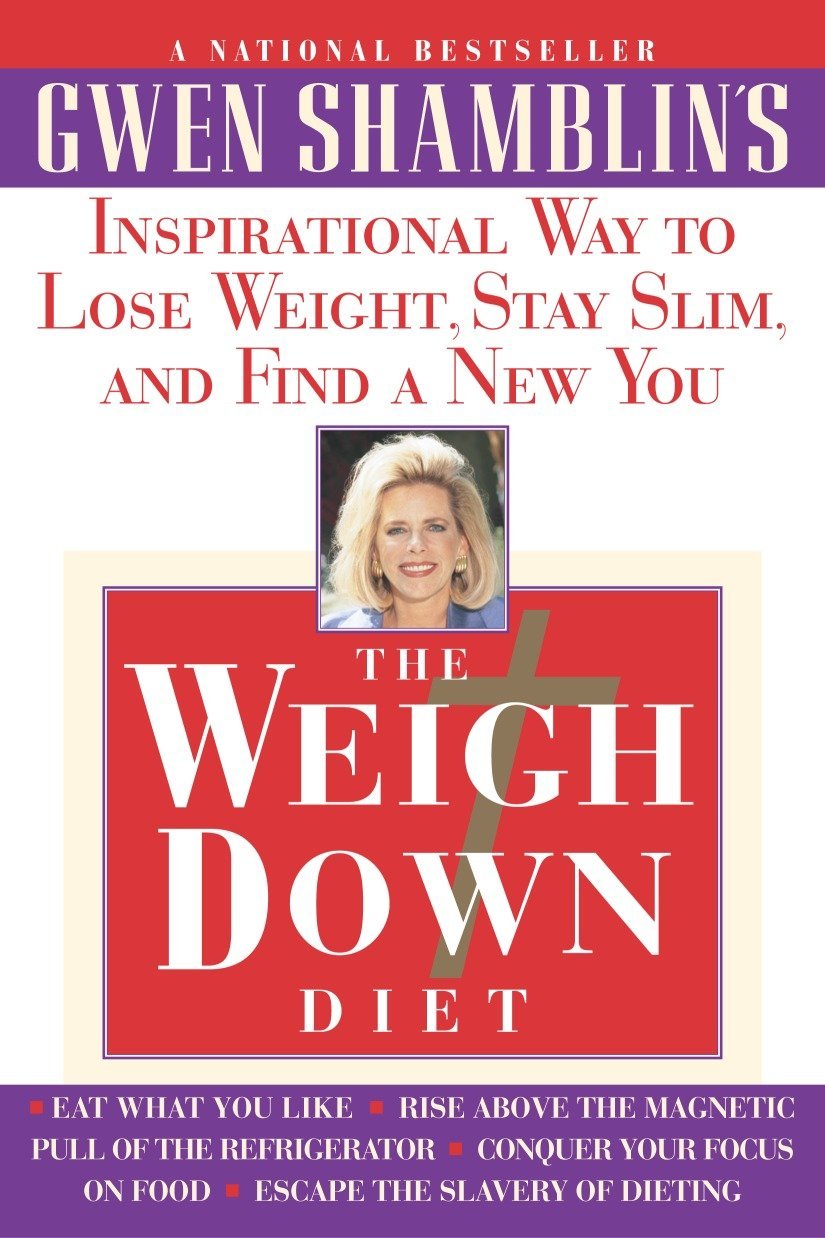 Little did Gwen realize that her workshop would become a massive hit! Her philosophy spread to churches across the country. It attracted over 250,000 people to attend workshops by the late 1990s. The success Gwen received from this concept also prompted her to write her best-selling book, The Weigh Down Diet.

The HBO Documentary Series – The Way Down: God, Greed and the Cult of Gwen Shamblin

Following the immense fame received by Gwen and people’s claim of it being a cult, the makers of the documentary started an investigation. According to it, Gwen’s Church, Remnant Fellowship Church did more than merely preach good diet practices to the followers. It was also revealed that the church encouraged women to become more submissive. The Church suggested beating misbehaving children with items like a glue stick and threatening anyone who wanted to leave.

The family members of adherents started calling it a cult. A major controversy sparked when a child died after his church-going parents beat him to death for disobedience. Gwen’s story took one final and fatal turn in 2021 when Gwen, her husband, and other church members died in the plane crash.

How Did Gwen Start The Church?

Shambling projected herself as a bubbly, flowing, and lavish façade and a self-made Christian businesswoman who devoted herself to helping others. She particularly helped women achieve their weight loss goals by getting closer to God. She started her Weigh Down Workshop in a plantation-style mansion outside Nashville in 1986.

In her workshop, Gwen preached a theological version of intuitive eating. According to her “eat only when your stomach is growling, pray through cravings” She linked the diet culture with religion and holiness “how to stop bowing down to the refrigerator and how to bow back down to him” were a few highlights of her workshop.

These attempts made Gwen a famous face among the churches. By the early 2000s, she sold her book in millions. Gwen even appeared on many shows and interviews – The Tyra Banks Show, Larry King Live, and in a New Yorker Profile.

She broke with the Church of Christ in 1999 and launched her own church, The Remnant Fellowship. It was based on all her diet teachings and saw weight loss as a pure reflection of spiritual commitment and intent, gain as failure and sin.

The Establishment of Remnant Fellowship Church

The Remnant Fellowship Church came into existence after Shamblin decided that the Christian church had been corrupted from within, and it was her duty to create a place full of true believers and let them practice their faith. 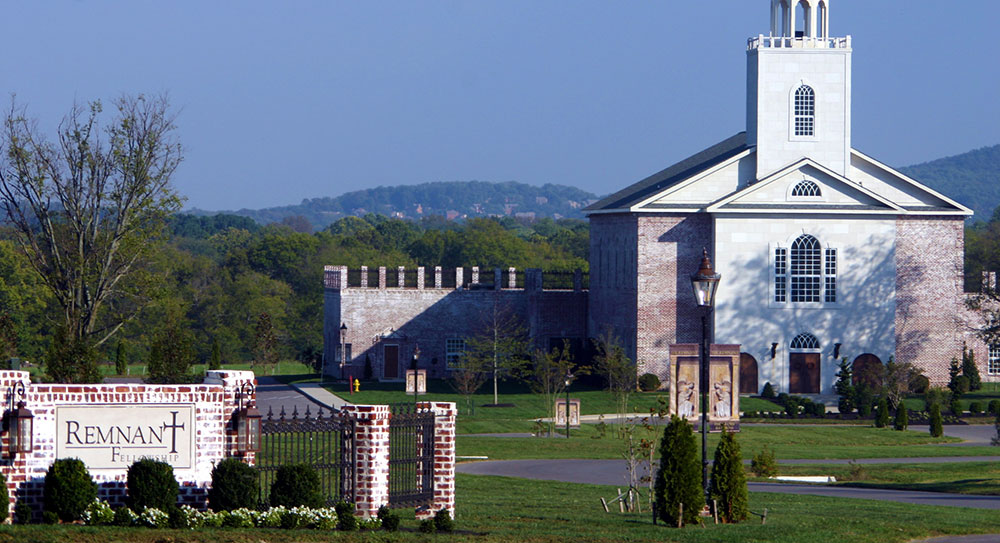 The name of this church stemmed from Gwen’s belief that her congregation was the remnant of the Christian church, and it essentially declared all other Christian churches irrelevant. Before the creation of this church, other churches from all-over Christian sects supported Shamblin tacitly by hosting The Weigh Down workshops within their congregations. But soon the churches decided to shift their side, especially after Shamblin rejected The Holy Trinity publically.

What are the Beliefs of Remnant Fellowship Church?

Remnant Fellowship Church is centered around Shamblin’s controversial diet program and her belief that The Weigh Down methodology could be applied to solve all the evils of the world. However, the former members of the church claim that the so-called ideology of the church was instead about obeying Gwen’s authority. She claimed that everything she received was from God. She also claimed that she was getting and staying thin on God’s command. She pushed the belief that being able to lose and keep off weight quickly was a reflection of being more holy or closer to God.

Besides this, the Church also put a heavy emphasis on obedience, especially the obedience of women towards their husbands, children towards their parents, and congregants toward church leadership.

The church came under scrutiny in the past for it supported the use of corporal punishment on children. Many considered it a form of child abuse connected to a case where two Remnant Fellowship parents were convicted of the accidental murder of their young son.

The teachings of her weight loss program at the church were also based on her diet teachings, which saw weight loss as a pure reflection of spiritual commitment and intent, gain as failure and sin.

After attaining immense success following her weight loss program and establishing her church, Shamblin married Joe Lara, the Tarzan in Manhattan actor, in 2018. Their marriage ruffled a few feathers in the church.

It was not her first marriage. Gwen was earlier married to David Shamblin.

According to a former member, Richard Morris, “When Gwen started doing the Weigh Down workshop tapes back in the late ‘90s, he was very visible. He was very much a part of it.”

Another former member, Helen Byrd, said, “He definitely did not represent everything Gwen said was right and rigorous. Because he was overweight. So how could he be right or righteous to her?” To marry Joe, Gwen had to get a divorce. It is claimed that she was against the concept of seeking a divorce in the past when it came to other church members.

“All of those years you have told people to suffer through marriage, but then whenever the spirit hits you, you had done a whole change of heart, now it’s okay to get divorced” quoted Byrd.

In short, Gwen’s marriage with Joe was not well-received.

The Couple Died in a Plane Crash

The unfortunate event took place in 2021. Gwen, Joe, and five other passengers were killed in a private plane crash in May. The plane crashed into Percy Priest Lake in Tennessee around 11 am, shortly after taking off from Smyrna Airport en route to Palm Beach, Florida.

It was presumed that Joe Lara flew the plane. He had a pilot’s license but was not legally authorized to fly as his medical certification had expired. Another member, Brandon Hannah, too, had the license. However, he was not certified to fly the plane. 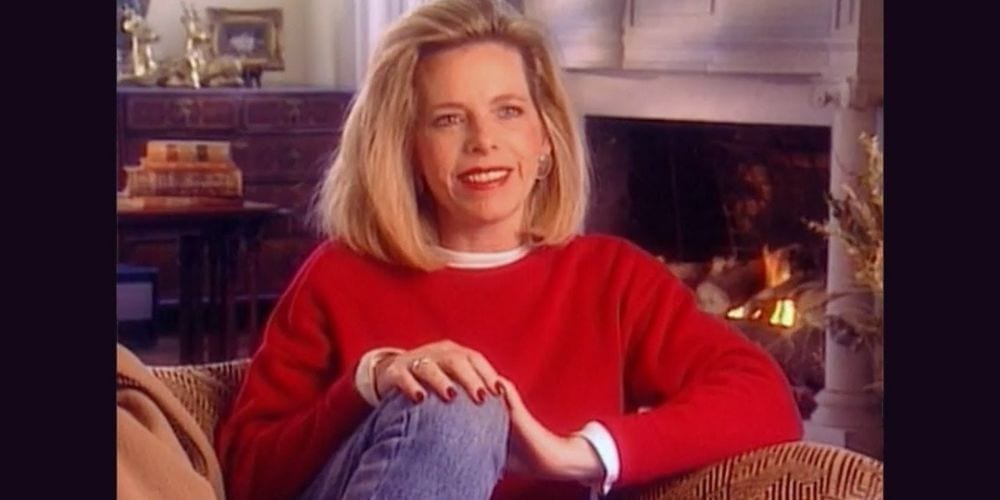 Other passengers who died were David L. Martin, Jennifer J. Martin, Jessica Walters, and Jonathan Walters. The followers of Gwen and the Church went into utter despair after the news broke out.

Who Looks After the Church now?

After Gwen’s death, it was announced that her children, Michael Shamblin and Elizabeth Shamblin Hannah, would look after the church and keep it going. They are also listed as church leaders on its official website.

The Remnant Fellowship Church criticized the documentary series. According to sources, it categorically denied absurd defamatory statements and accusations made in this documentary and specifically denied any child abuse.

“Children here are happy and healthy, being raised with the most love, care, support, and protection imaginable.” The church further shunned all claims of body-shaming and bullying in the church.

What was Gwen Shamblin’s Net Worth at the time of her Death?

Gwen had a successful writing career, workshop, church, and many television appearances over years. Considering all these, her estimated net worth at the time of her death was around $1 million to $5 million.

Where Can I Watch The Documentary Series?

Although the production of the documentary was wrapped before the deadly crash happened, there are two additional episodes. They delve into the accident, its investigation, and its aftermath. There are new stories from former survivors who felt compelled to share their experiences following her death.

You can watch The Way Down: God, Greed, and the cult of Gwen Shamblin, on HBO Max.

What are your views on Gwen Shamblin? Was she a part of a cult, or she have good intentions? Tell us in the comments below. Keep in touch for more.