When it comes to celebrities, their smile is the first thing we notice. Not only do we notice celebrities’ smiles, but we also notice people’s smiles when we’re alongside them. Well, I’ve got a picture to prove my case. Take a look at the image below; even though the man does not have one brow, we are drawn to his smile. Dental Veneers are used by a lot of celebrities. Let’s take a peek at some celebrities that turned their dull smiles into the million-dollar smiles we all remember and appreciate.

Before we begin, it’s important to understand what veneers are and why celebrities utilize them to improve their smiles. A veneer is a thin covering of material that is placed over a tooth in dentistry. Veneers can improve the appearance of a smile while also protecting the tooth’s surface. 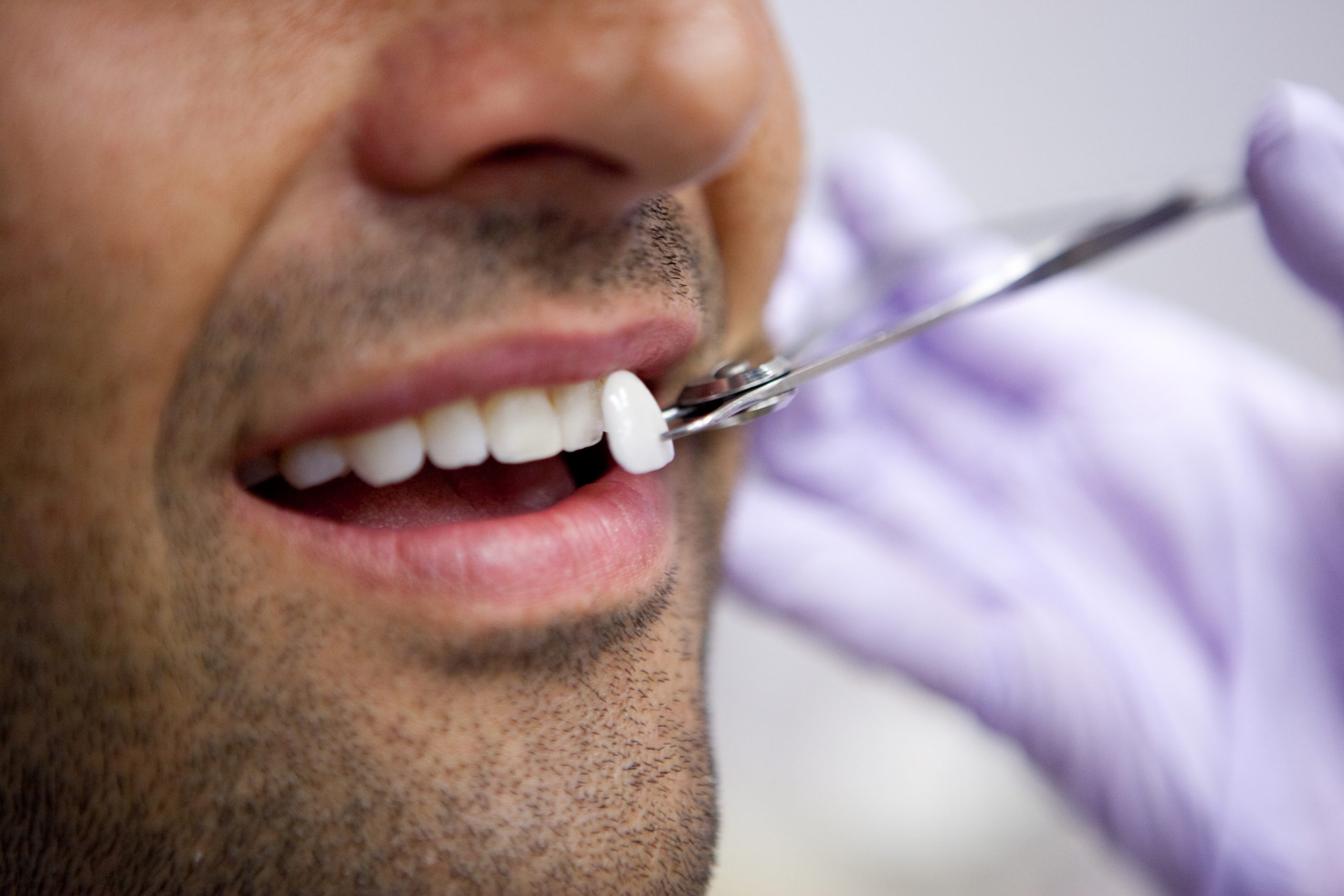 Porcelain veneers are not considered a permanent operation because they will need to be replaced at some point, but if properly cared for, they can endure for decades. These shells are glued to the front of the teeth and change the color, shape, size, and length of the teeth.

So, without further ado, let’s get to the core of this article. Here are 20 celebrities who have had their smiles changed with the use of dental veneers.

Let’s begin with a well-known and well-liked celebrity. Tom Cruise’s smile is adored by all. We’re all admirers of his incredible smile. Well, it’s a pleasant surprise that his smile had undergone such a makeover. Tom Cruise is a well-known actor. 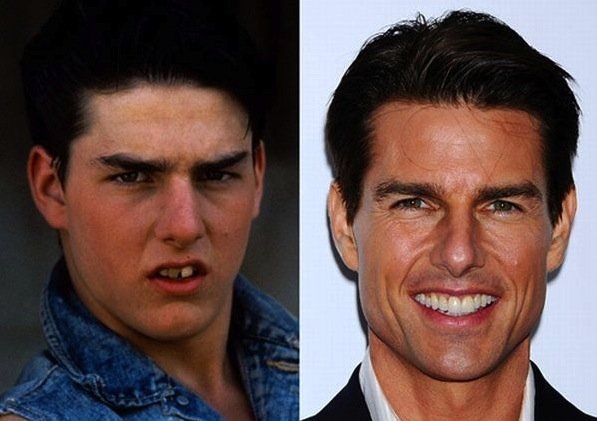 To become a true leading man capable of attracting audiences, he had to spend a lot of money on dental treatment. This included teeth whitening and straightening. That didn’t seem to be enough. Since then, the Scientology follower is said to have improved to a mouthful of veneers. The superstar had flawless teeth thanks to braces and dental veneers by the time he appeared in “Mission Impossible.”

‘Wait, what?’ you might think to yourself. Yes, our favorite player, Cristiano Ronaldo, didn’t have perfect teeth when he was younger. Cristiano was a typical adolescent who required braces to repair irregular spacing and misaligned teeth. He has apparently had veneers placed since then to maintain his teeth’s smoother surface. 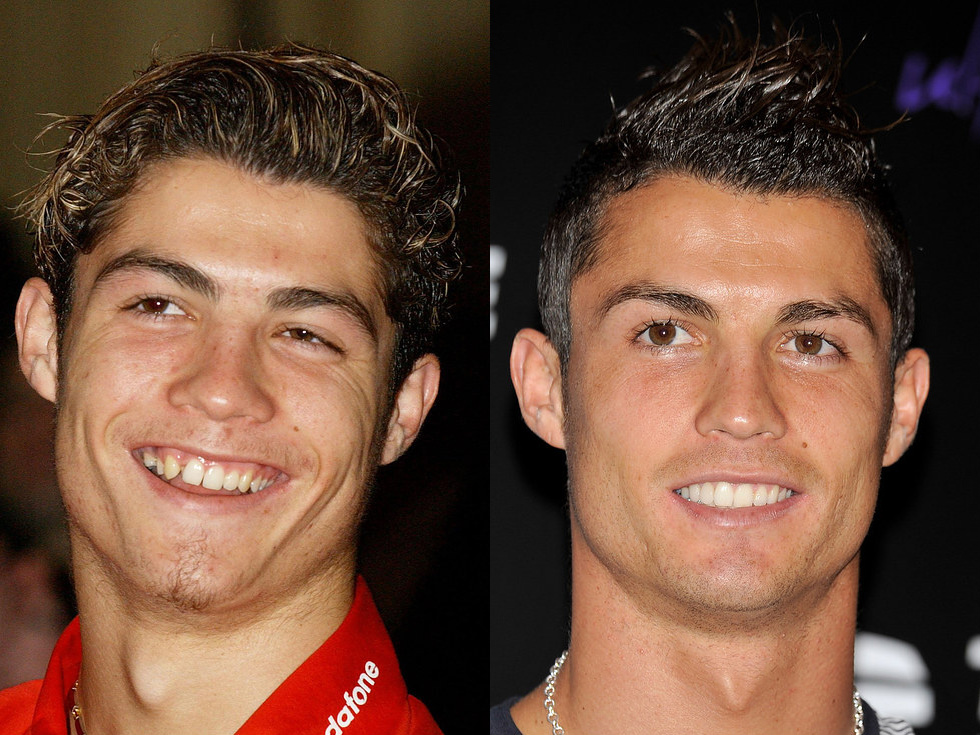 We’re all familiar with Niall Horan, who is such a cutie. We recognize him as a member of One Direction, a wonderful band. Niall’s smile is worth a million dollars, but it wasn’t always like this. To acquire this grin, he had to go through braces and Dental Veneers, but it was well worth it. 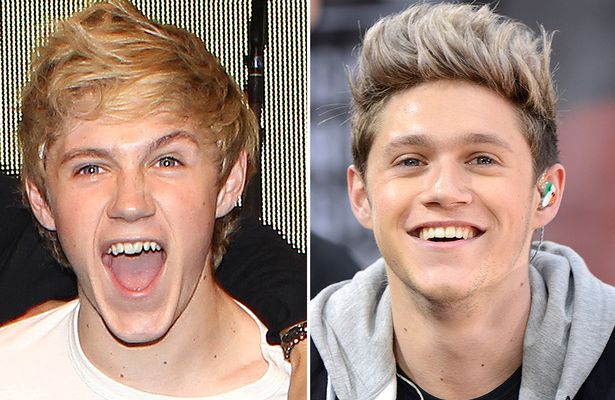 Hannah Montana was Miley Cyrus’s stage name, and she was unquestionably our childhood idol. Without a doubt, she has a beautiful smile. She didn’t have veneers until she was about 17 years old. Veneers corrected some alignment difficulties, lengthened her teeth, and brightened them by several shades. 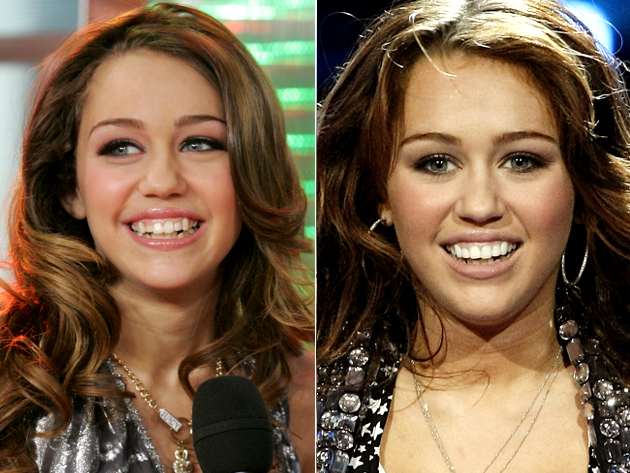 Cardi B revealed her new teeth during Season 7 of Love & Hip Hop: New York in 2017. Well, her smile before and after is quite distinct. Cardi chose porcelain veneers to improve her smile, and she earned a role on BET’s Being Mary Jane not long after. 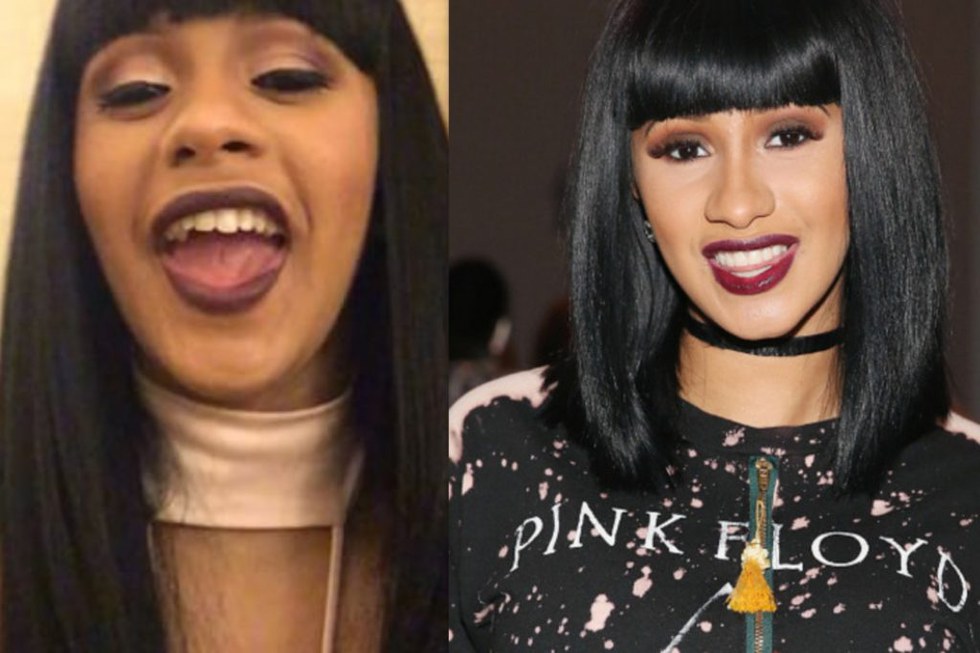 Another celebrity who may have dental veneers is Zac Efron, star of Disney’s “High School Musical.” His initial smile had a little gap between his two front teeth. He now has a white, straight smile with no gaps. 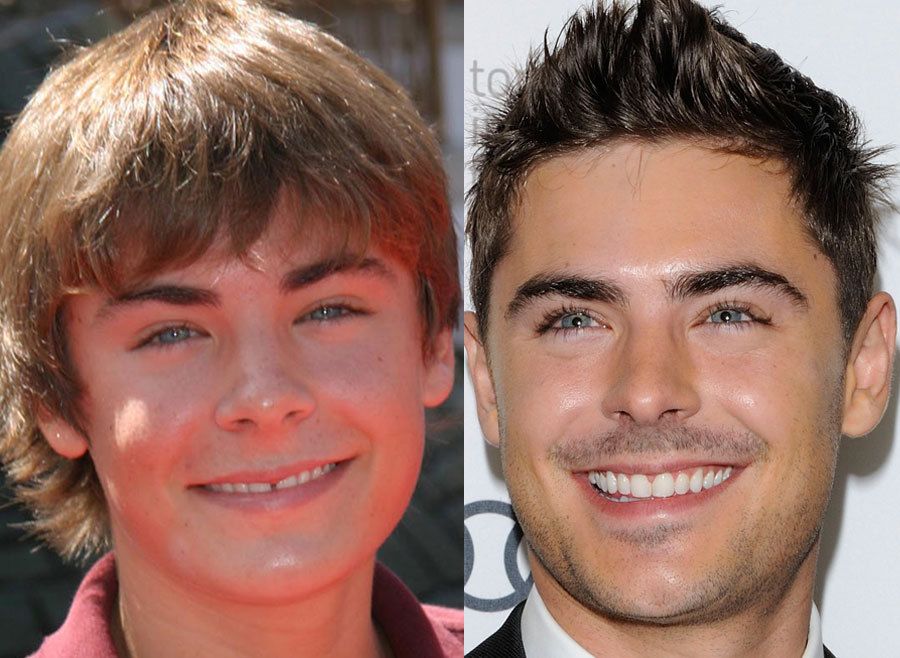 The gentleman with Hollywood’s most recognizable voice has had dental treatment. Freeman had his teeth whitened and straightened by cosmetic dentistry to maintain his smile at its finest. They also closed the space between his two front teeth that had formed. 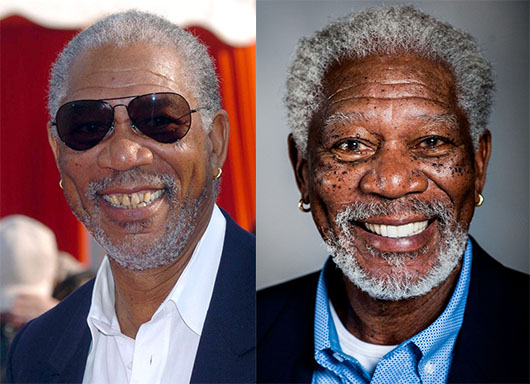 Well, we can’t talk about cosmetic dentistry without mentioning LeAnn Rimes. She has undergone numerous procedures in order to achieve the perfect smile. The 30-year-old country singer has sued her dentist. Dr. Duane C. McKay, alleging that he misdiagnosed her dental issues and provided her with substandard veneers and crowns, resulting in “severe tooth pain, gum inflammation, and persistent gum bleeding.” She has gone through 29 surgeries as reported. 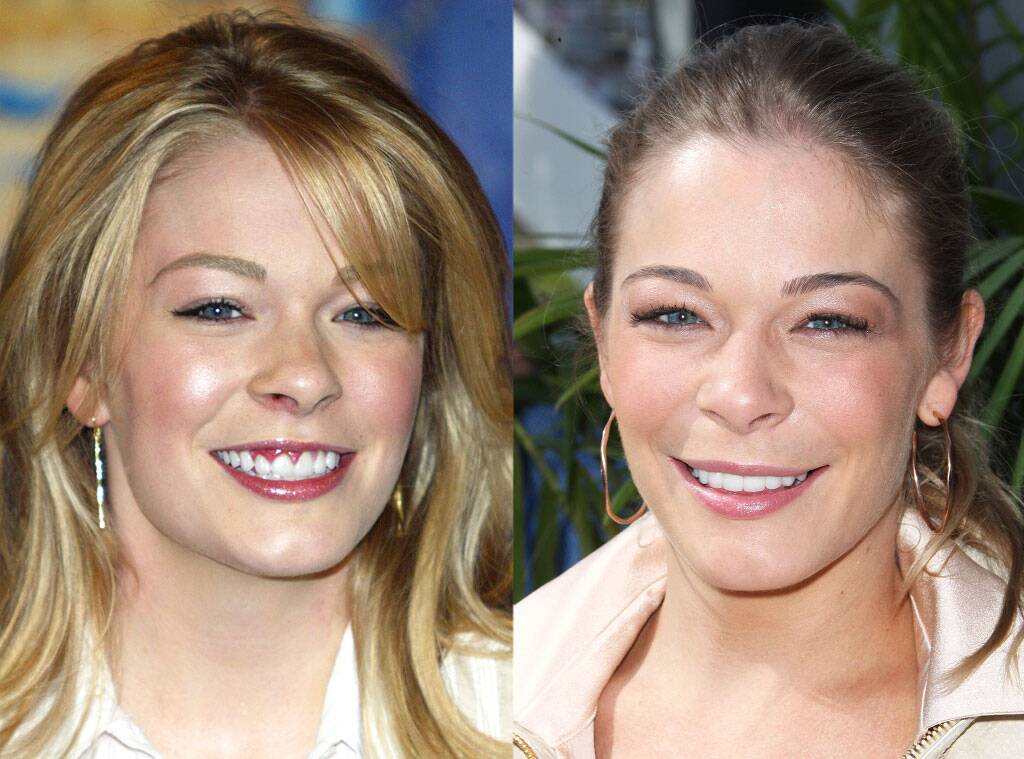 Gary Busey is one of Hollywood’s most flamboyant and opinionated performers, and his outsized porcelain veneers reflect that. In 1988, Busey was involved in a motorbike accident that left him with significant facial injury, and he underwent cosmetic dentistry surgery to help him recover. 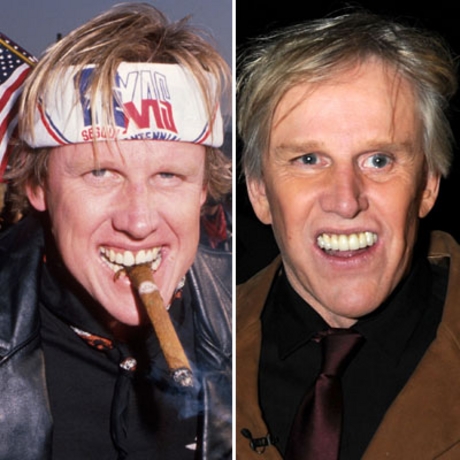 Nicolas Cage went to great lengths for his appearance in Birdy in 1984, even getting two teeth pulled. They were eventually replaced with implant placement or dentures, and the performer may have had the remainder of his smile altered with veneers as his career progressed. 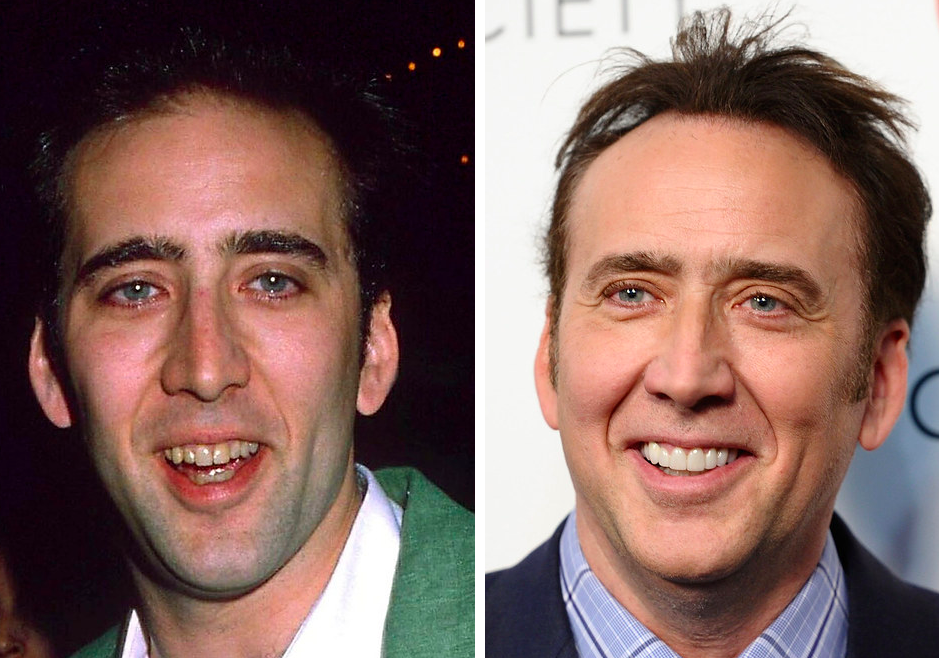 Keith Urban is as attractive as ever, but he used to have a gap in his teeth, which can be seen in his early images. His teeth appear to be straighter and whiter presently. 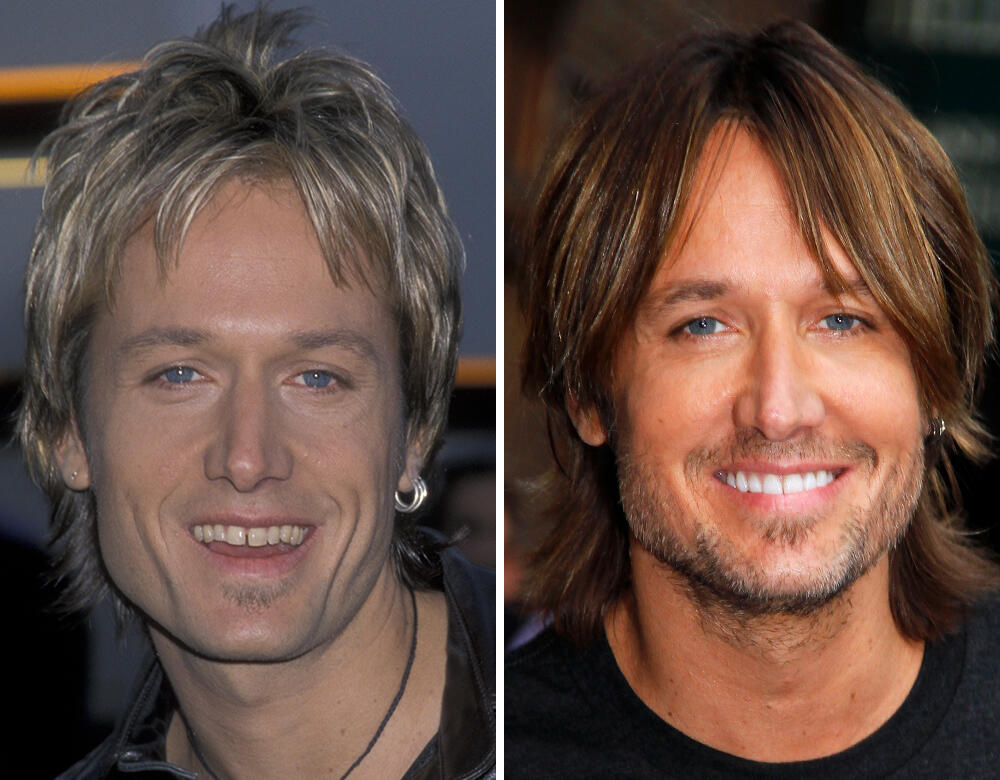 Dunaway underwent veneers treatment in 2006, at the age of 61, after examining the benefits and drawbacks of a dental procedure for five years. Her veneers were chosen since her teeth were becoming less white as she grew older, but the veneers she picked were far too large and appeared artificial. 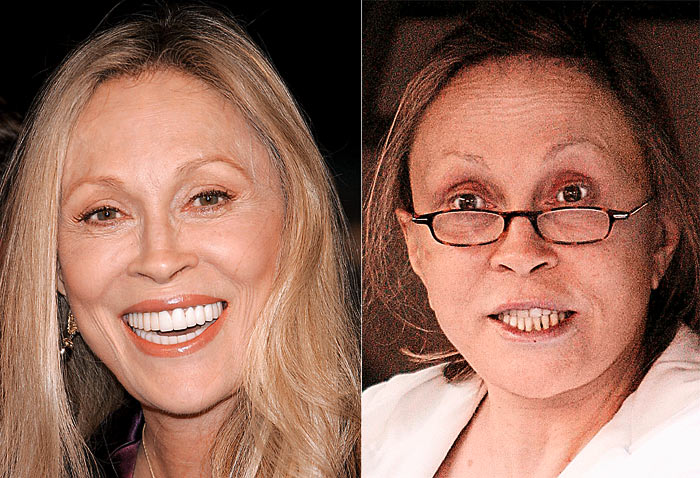 George had veneers installed to give him a whiter smile, and crowns were inserted to extend and reinforce his teeth.

James Eugene Carrey is a comedian, actor, writer, and producer from Canada. Carrey came to popularity in 1990 after landing a recurring role in the American sketch comedy television series In Living Color. He is known for his energizing slapstick appearances. 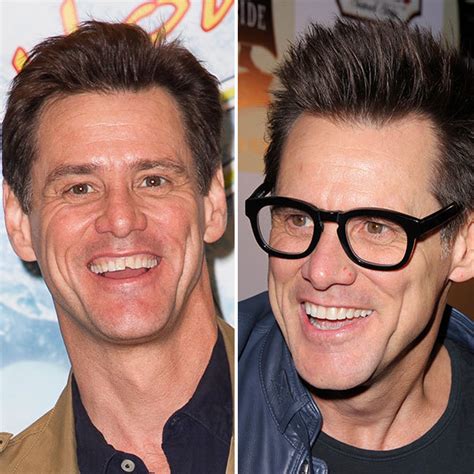 He’s the funniest, and if you look at his teeth, you’ll discover that he underwent a smile transformation with porcelain veneers. The veneers appear to be quite natural in appearance, and his looks has substantially improved.

She explained, “I sheared off my front teeth.” I’d like to say it was skating or something equally amazing, but I believe it’s essential to disclose. She has a wonderful smile now. 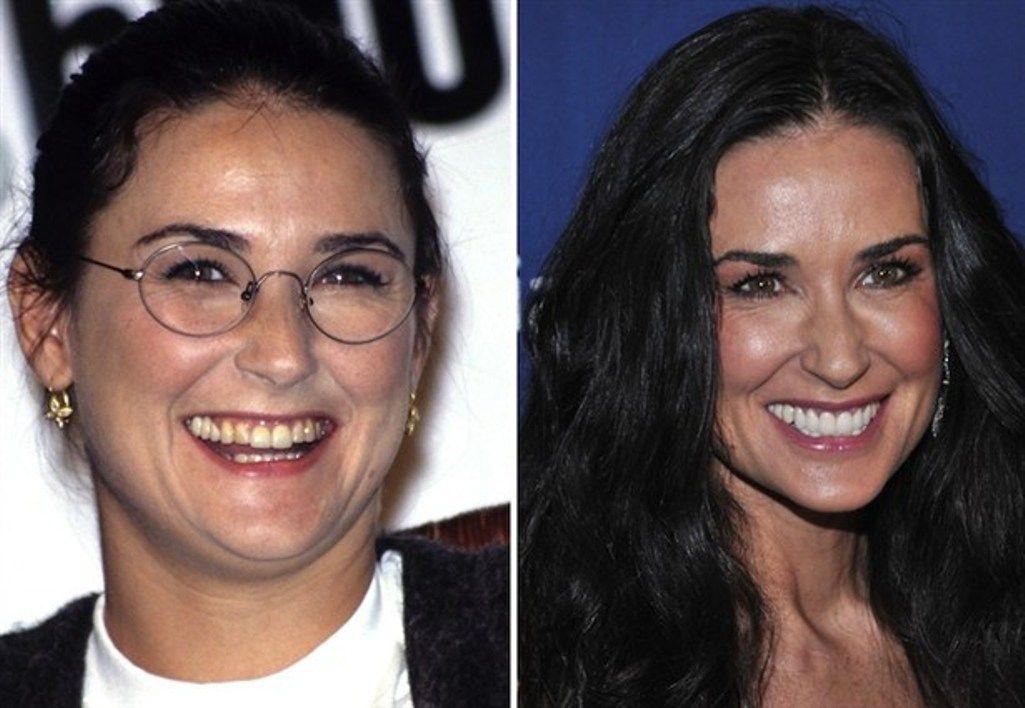 Victoria’s teeth were not particularly attractive as a child. Naturally, she had to join the ranks of superstars with perfect teeth, and she decided to have veneers for herself in the 1990s. 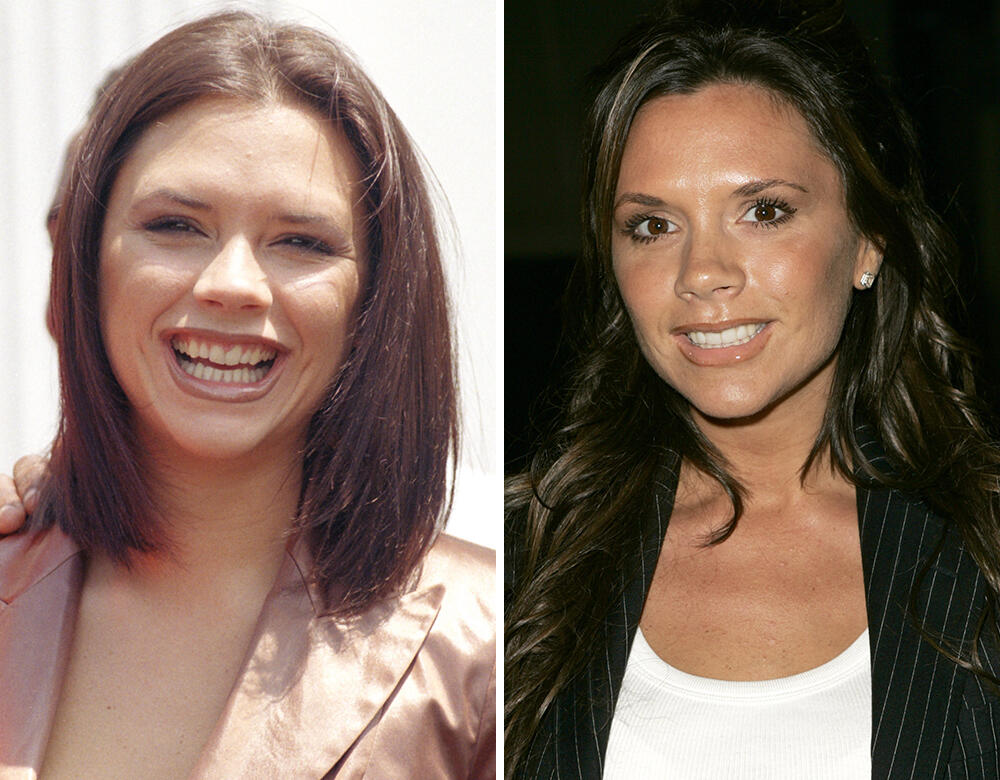 Chris Rock reportedly spent his profits after working on the 1997 action picture Lethal Weapon on a $150,000 mouth makeover, for which he is now famous. 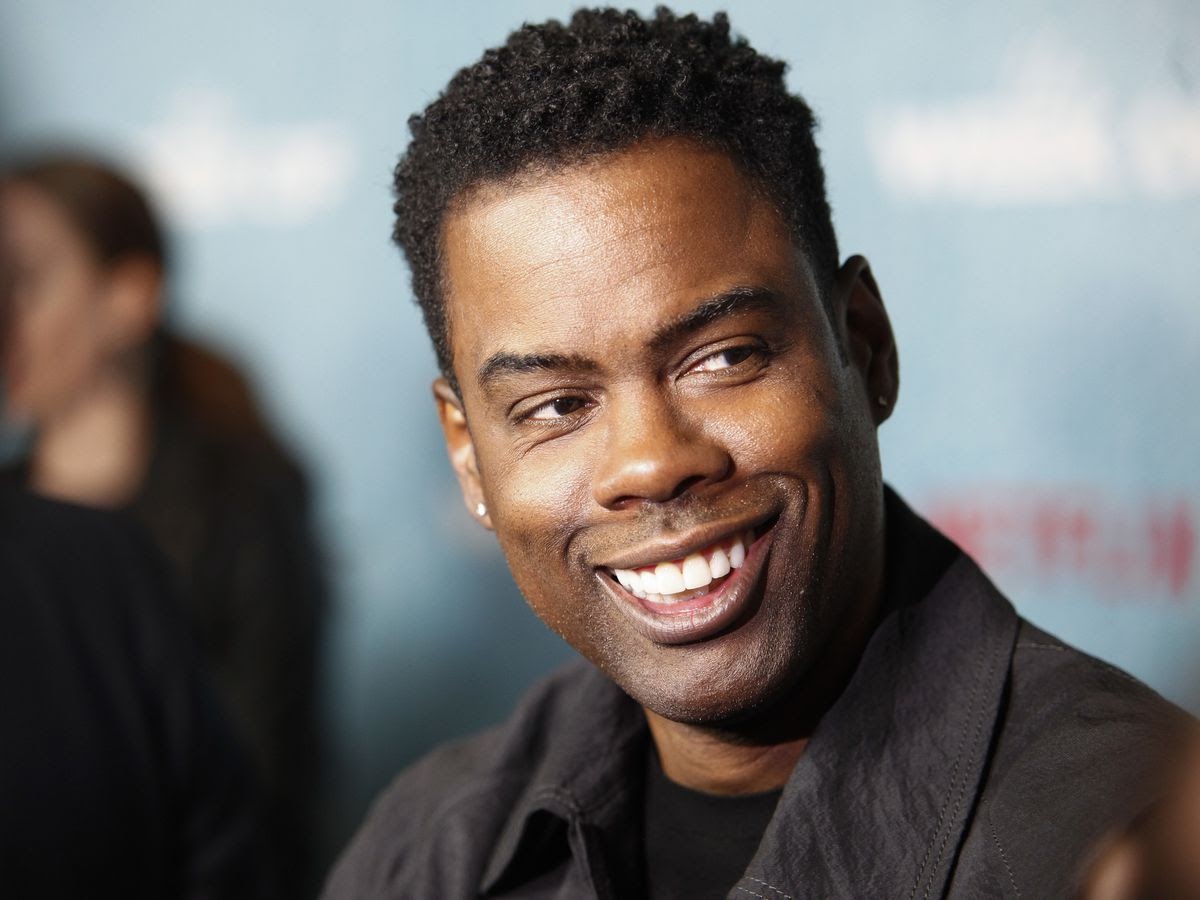 David had odd teeth as a kid, too. He went from having normal teeth with a few abnormalities to having a flawless Hollywood grin. 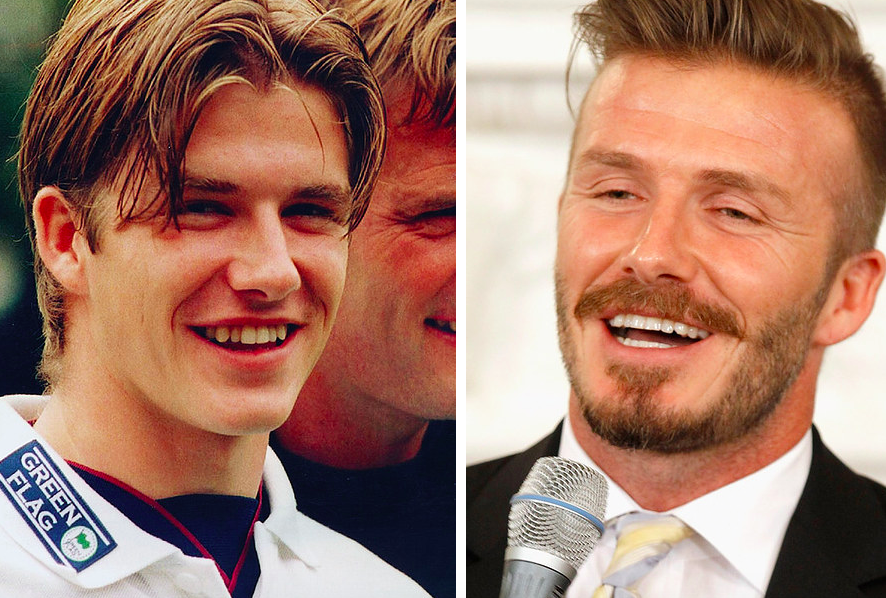 Lohan is a stunning young woman, but her smile betrays some health issues. She appears to have yellow-stained teeth with chipped edges, as well as potential tooth rot. Look at her smile after she used veneers to improve it. 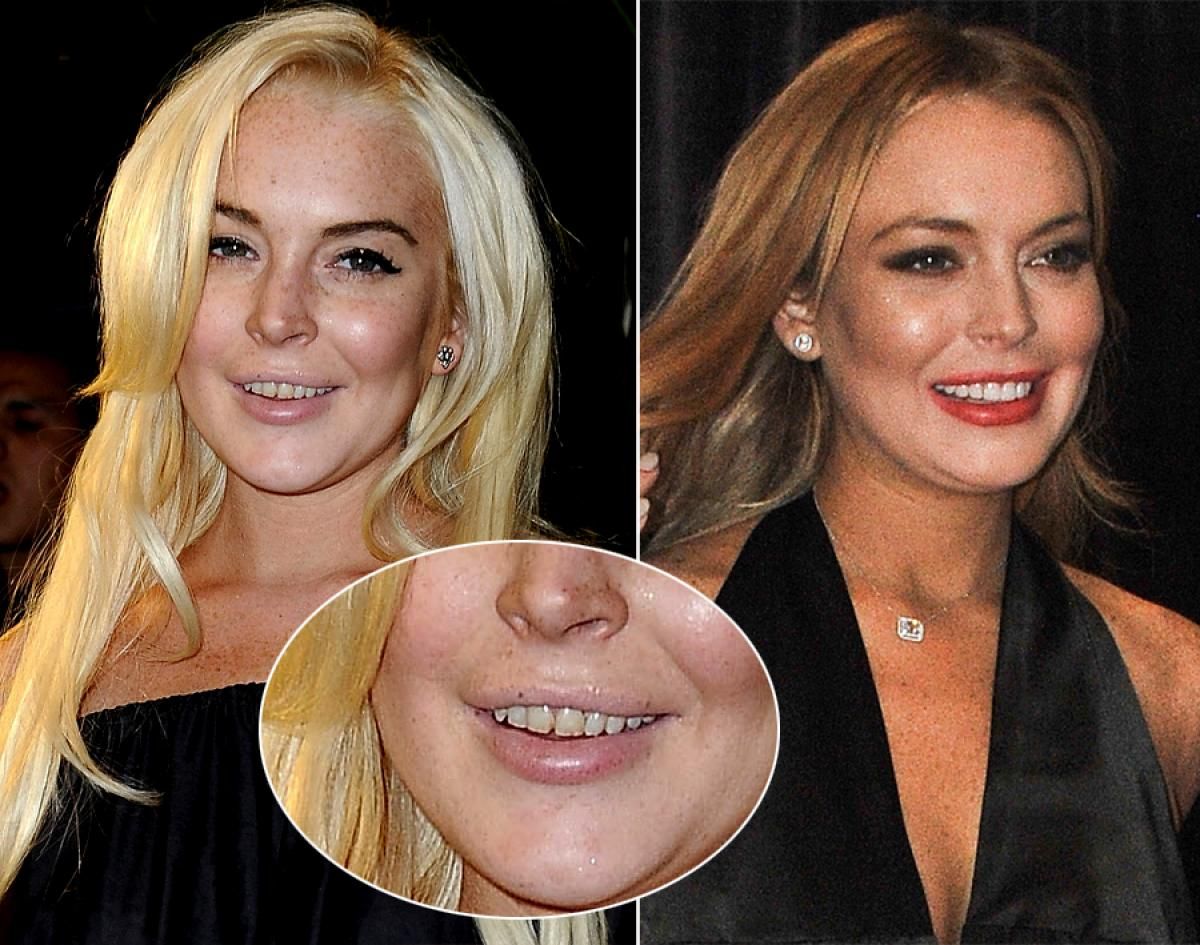 That was it for the 20 celebrities who had had veneers to get a beautiful smile. Their gorgeous smile is now well-known.