Bonnie and Clyde: Criminal Tale of the Lovers on the Run, and the Fall of Barrow Gang

While the Great Depression was taking over America, Bonnie Elizabeth Parker and Clyde Chestnut Barrow were rising as one of the most notorious criminal-pair with their Barrow Gang. The American couple had their hands on everything- from robberies to murder. Bonnie and Clyde remained highly active between 1931 and 1934 until they were finally ambushed and shot dead in Louisiana. But in between, there is much to the story of Bonnie and Clyde. 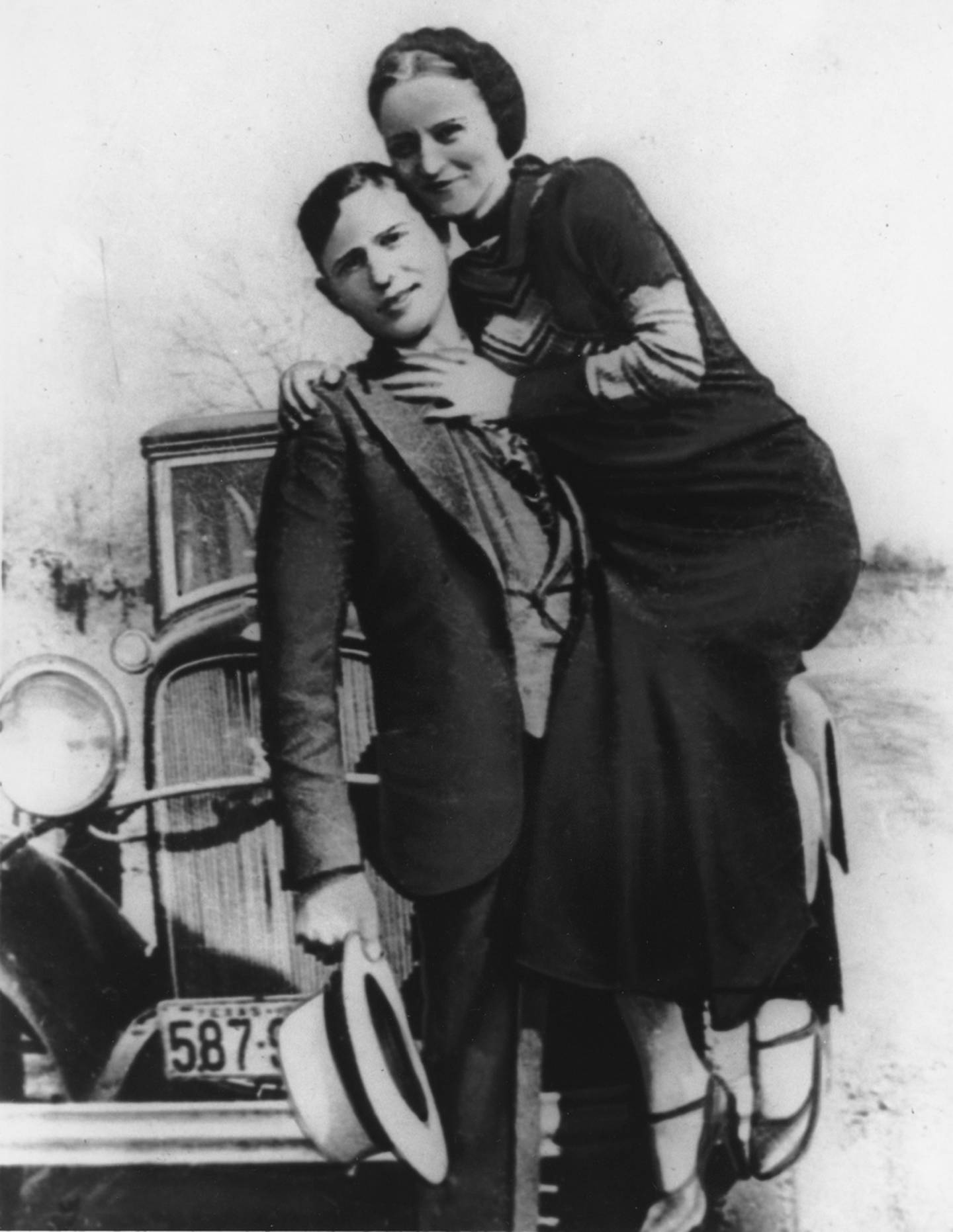 Who Was Clyde Chestnut Barrow? 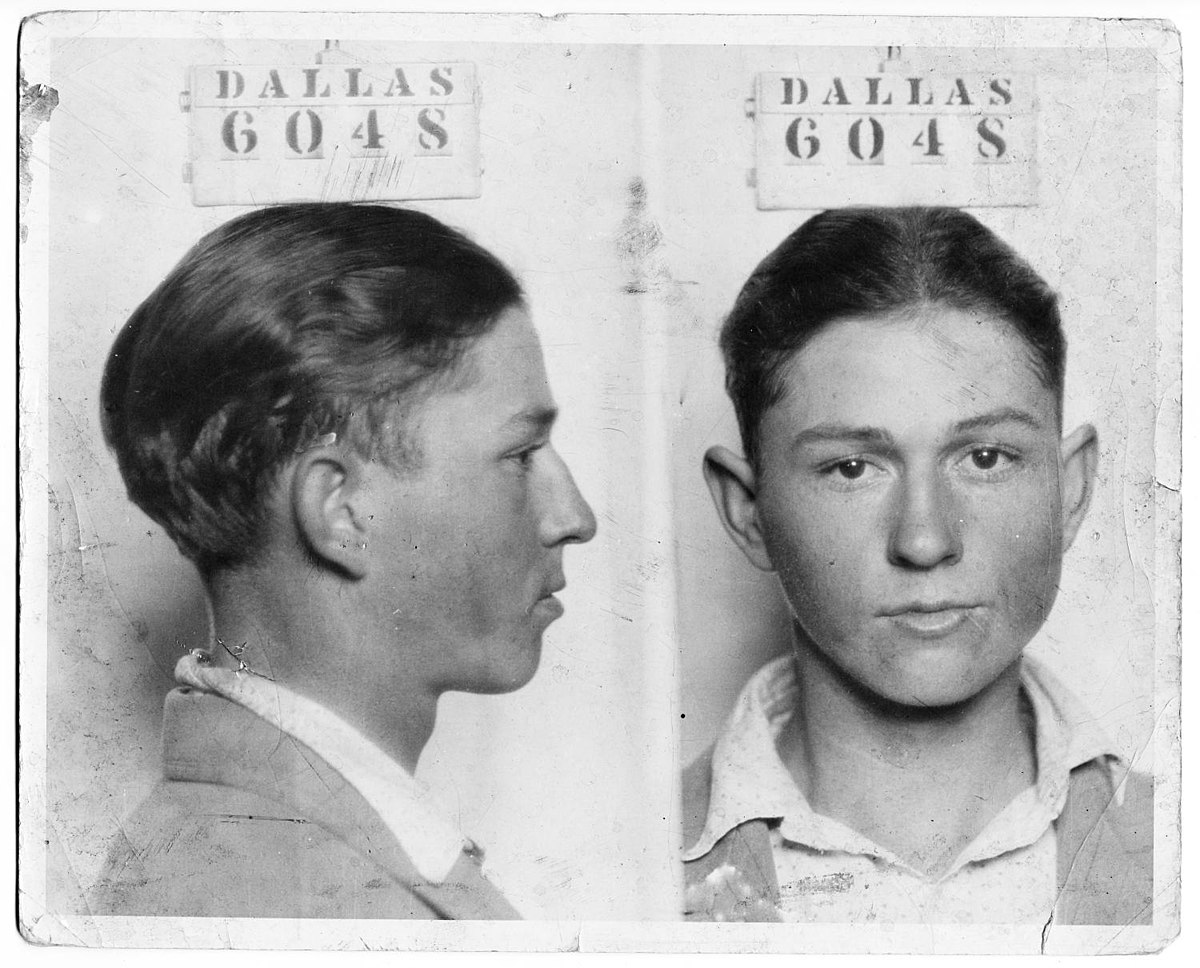 Clyde, who later came to be known as the head of the infamous “Barrow Gang” came from an extremely poor household in Texas. Like Bonnie, even Clyde spent his initial months in West Dallas living under their wagon until the family manage to afford a tent. Clyde was exposed to hardship in the very beginning and took up the wrong road at a young age.

At 17, Barrow was first arrested in 1926 after police confronted him for a rental car he had failed to return. He was arrested for a second time with his brother Buck after the two were found with stolen turkeys. In between, Clyde managed to do some legitimate jobs but continued robbing. stores, stealing cars and cracking safes. At 19, Barrow met the love of his life, Bonnie through a mutual friend in 1930.

Who Was Bonnie Elizabeth Parker? 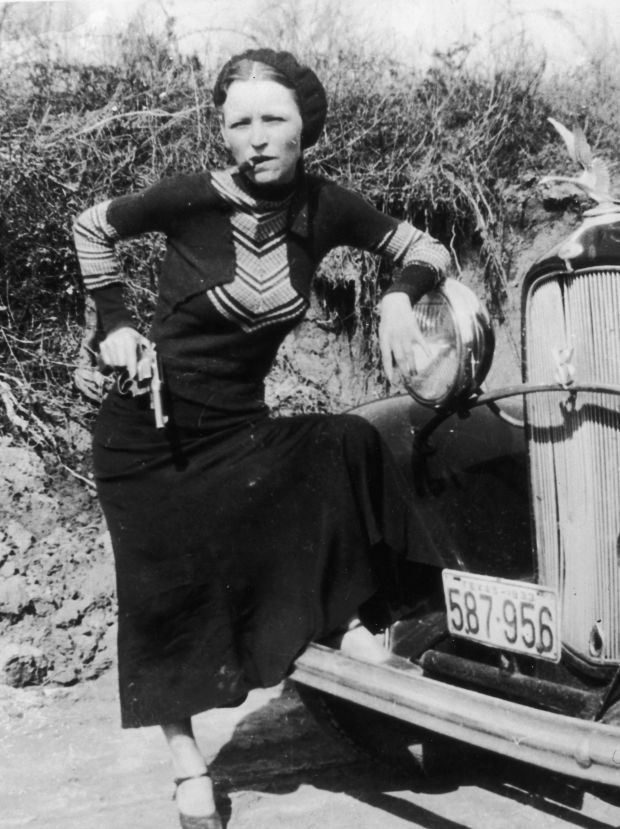 Bonnie was a reasonably normal girl before she met Clyde. Born in 1910 in Texas, Bonnie moved with her widowed mother and siblings to her maternal house in Cement City, West Dallas at 4 when her father died. As Bonnie grew up, she started writing poems like “The Story of Suicide Sal” and “The Trail’s End”.

She married Roy Thornton after dropping out of her second year in high school but their marriage was marred by Roy’s frequent absences and run-ins with the law. Due to this reason, their marriage was short-lived. Even though the two never divorced, their paths never crossed again.

As for Thornton, when Bonny and Clyde were killed, he said from prison: I’m glad they jumped out as they did. It’s much better than being caught.” However, Roy himself was killed while trying to escape from the Huntsville State Prison in 1937.

FYI, like most of us, Bonnie grew up listening to ballads and legends of lost heroes as a child. She was good at spinning their criminal history into a legend in all her poems. Her most famous poem came to be known as “The Story Of Bonnie And Clyde. The way she ended her poem by writing: “And they’ll bury them side by side; To few, it’ll be grief, To the law a relief, But it’s death for Bonnie and Clyde,” is exactly how these social outlaws met their end.

Bonnie moved back with her mother after she separated from Roy, and started working as a waitress in Dallas. In 1932, she even joined the Dallas County Sheriff’s Department, wherein she served as a posse which coincidentally killed Bonnie and Clyde. At 18, Bonnie was known to keep a diary and write about her impatient life in Dallas and her love for photography. But, her loneliness was short-lived as Clyde appeared in her life. So, how did the two meet? Now, that’s a tale to narrate.

Meeting Of The Two Criminal Minds 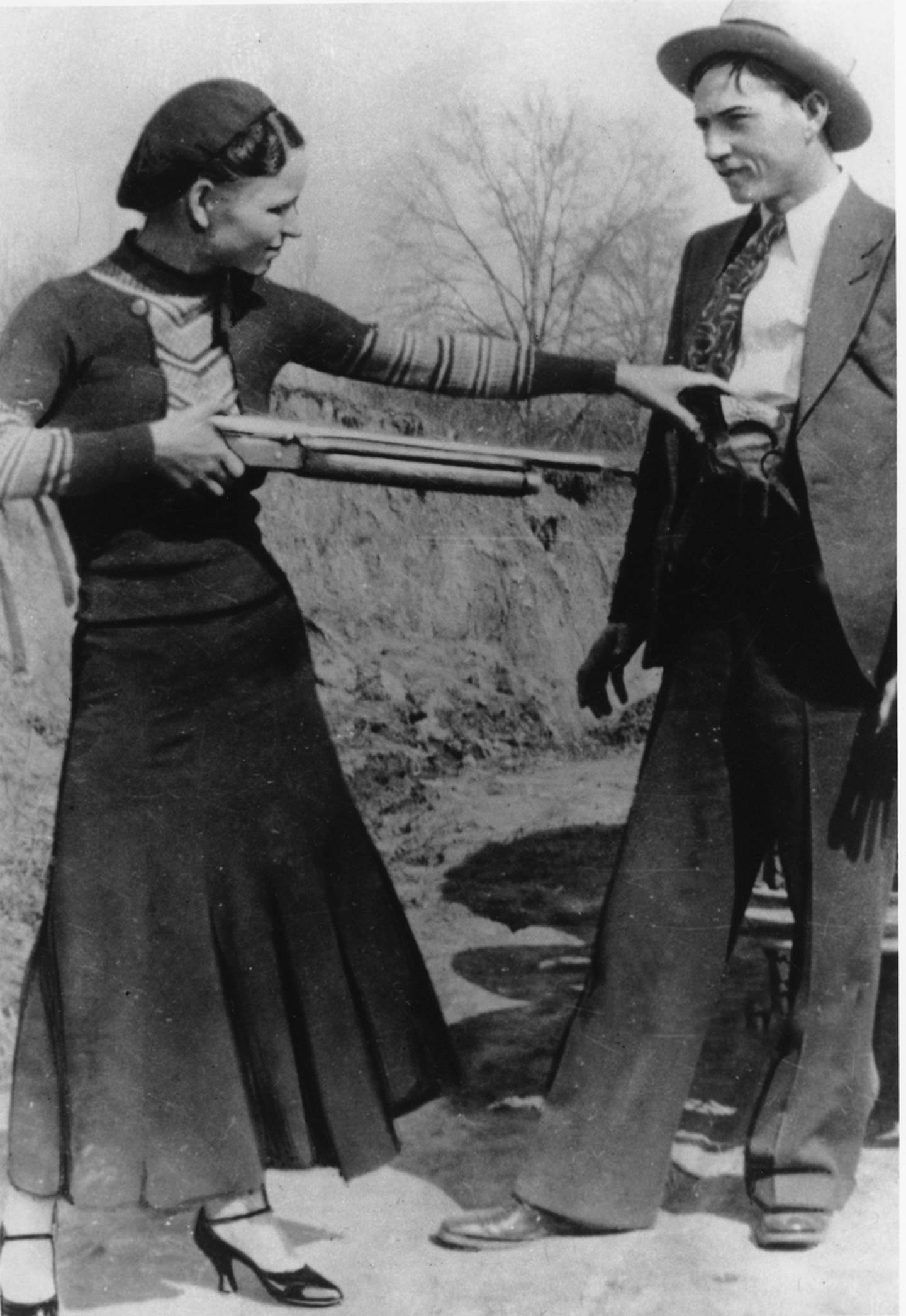 While there are several accounts of how Bonnie and Clyde first met, the most reliable account claims that they met through a mutual friend, Clarence Clay in January 1930. It was the time when Bonnie was staying with a female friend to help her with her recovery and Clyde dropped out of her house. During that time, Bonnie was making hot chocolate in the kitchen. For them, it was like love at first sight.

When they first met, Clyde was 20 and Parker was 19. Many outlets suggest that the only reason Bonnie joined Clyde’s gang was that she was madly in love with him, and remained loyal to him during their endless crimes together. The two even died together as suggested in Bonnie’s most famous poem: “The Story of Bonnie and Clyde.

However, their romance saw a brief halt when Clyde was imprisoned in the Eastham Prison Farm in April 1930 at the age of 21. However, he managed to escape the prison using a weapon provided by Bonnie. He was recaptured and sent back to the same prison.

It was reported that Clyde was sexually assaulted while serving his sentence which led to the commission of his first murder. He killed the abused with a pipe, ultimately crushing his skull. However, a loyal inmate, who was already serving a life sentence, claimed responsibility. Clyde was paroled in 1932 but had already become a hardened criminal. His inmate friends suggested: “We have seen Clyde change from a boy to a rattlesnake”. The hardships during his prolonged prison time made him something entirely different.

The Rise Of The Barrow Gang… 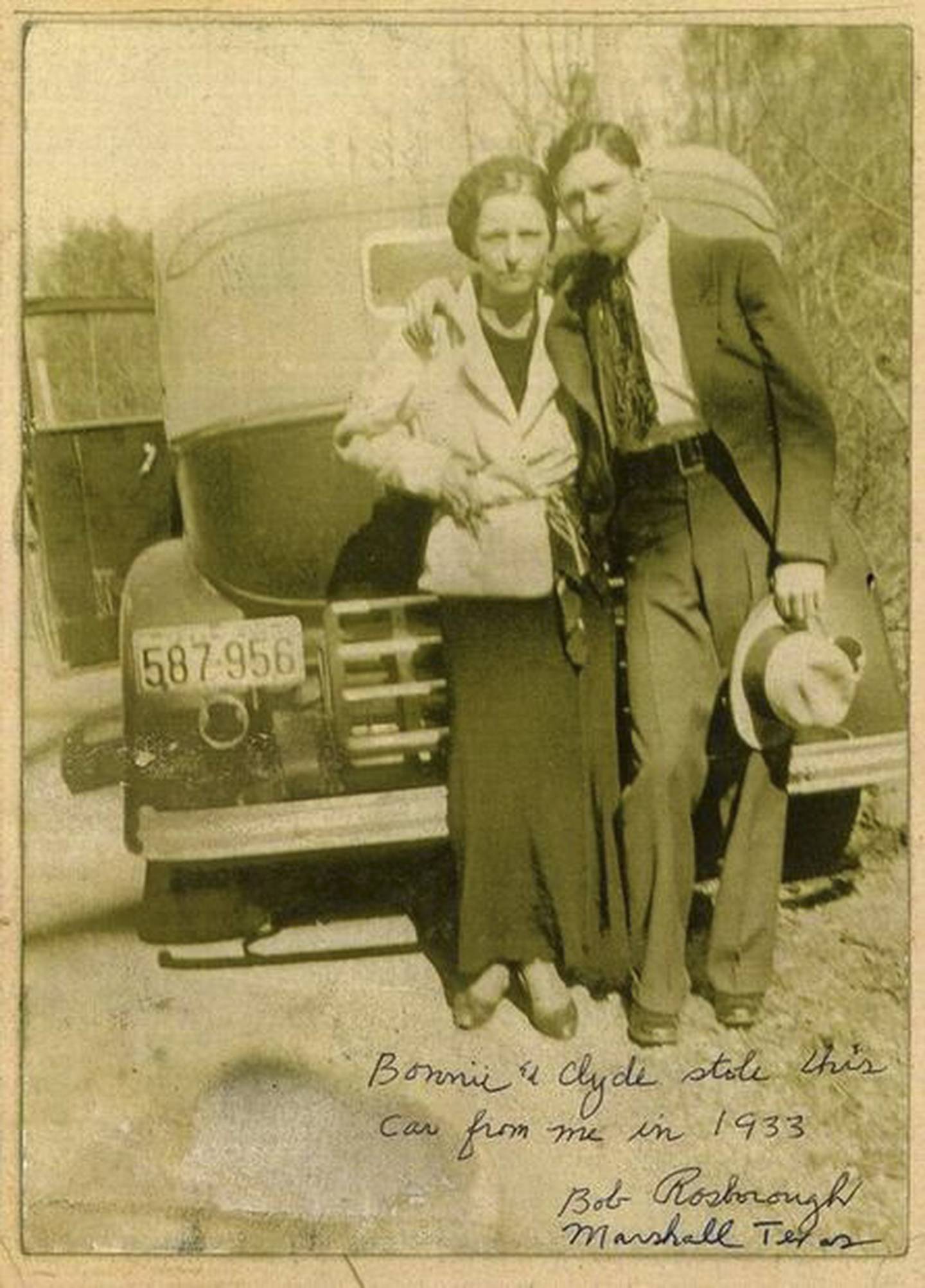 After getting out of Eastham, Barrow had a clear goal. He did not want to gain fame or fortune through his robberies but wanted to seek revenge against the Texas prison system for the endless abuses he underwent during his time in prison. Bonnie, his soulmate, stood by him in each and every move.

After Barrow came out of prison in 1932, he began robbing gas stations and stores along with Ralph Fults to accumulate funds so that they could launch a raid on the Eastham prison. However, Bonnie and Fults were captured while they were trying to steal firearms. Bonnie was released from jail after a few months, on the other hand, Fults was convicted and he never rejoined the gang.

During Barrow’s robbery in Hillsboro, the store owner was shot and killed. One weekend, while Bonnie was visiting her mother in Dallas, Barrow, Raymond and Ross from the Barrow Gang caught up for a country dance in Oklahoma. When they were approached by Sheriff C.G. Maxwell and Deputy Eugene C. Moore, Barrow and Hamilton opened fire at them, killing Moore.

In another robbery, it is considered that Clyde killed Howard Hall at his store in Texas. In another incident on Christmas,  Barrow along with Jones murdered Doyle Johnson, a young family man, while stealing his car in Temple. Barrow ended up killing another police official in 1933. By the end of 1933, it is believed that the gang had already murdered nine police officials. 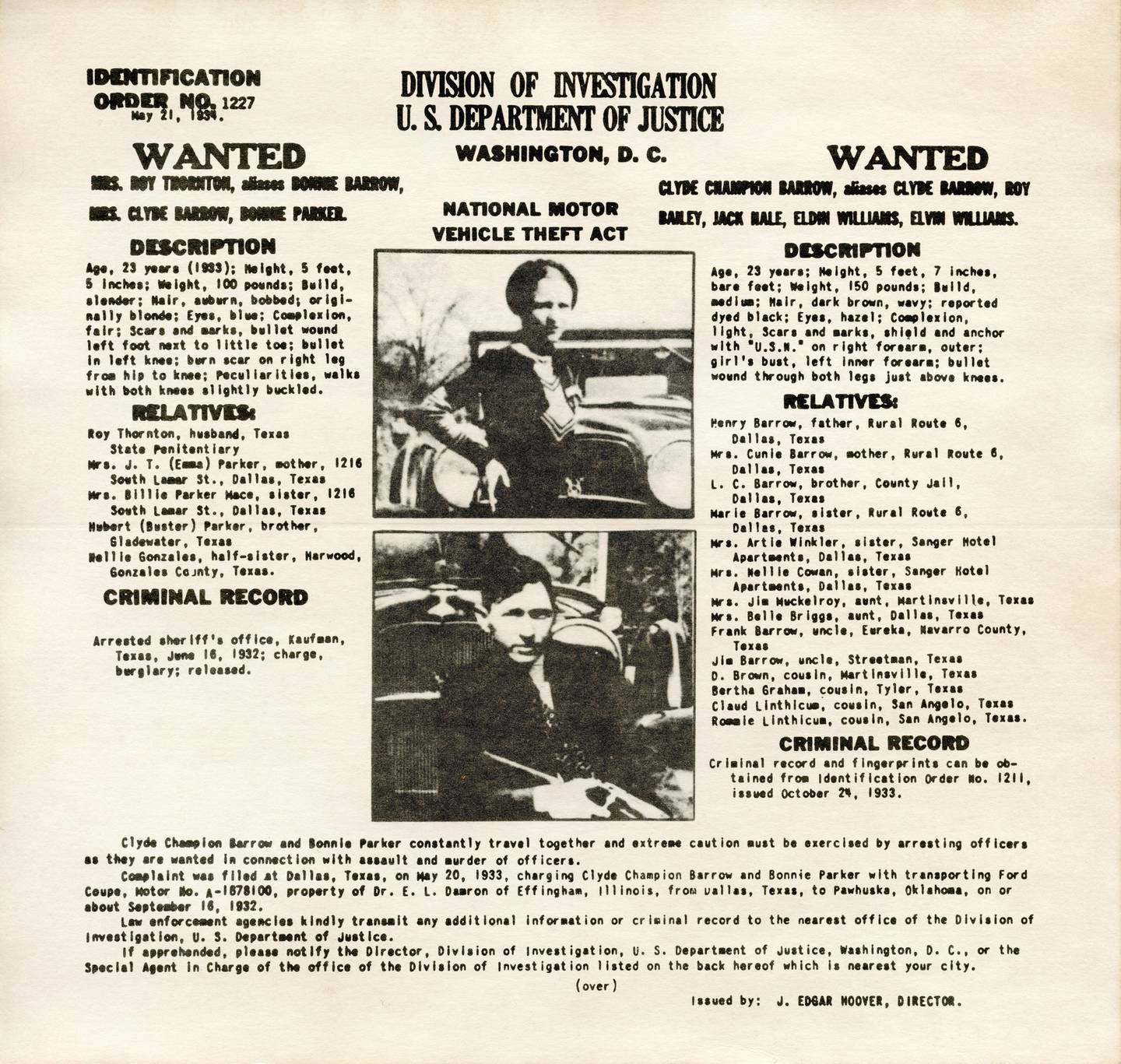 As the police authorities got alert, Bonnie, Clyde and their gang members placed a temporary hideout in Joplin by 1933. However, one night during partying over loud music, their neighbours tipped them off. Taken by surprise, Bonnie, Clyde and W.D Jones, and Buck started firing at the officers and ended up killing Detective McGinnis.

After Joplin, the gang was on a run but continued robbing a series of banks in Minnesota, Okabena and Indiana. Sometimes, they’d even kidnap robbery victims and fetch money in lieu of their return. However, the gang left most of their belongings, rating from weapons to cameras to poems written by Bonnie. These photos were published by Joplin Globe later showing the gang members holding guns.

Another close call with the authorities was during their hideout in Missouri. However, the group of five managed to escape with injuries. However, Clyde’s brother Buck suffered a massive headshot and died five days later. After being chased by police for five days, the Barrow Gang was surrounded by authorities after locals noticed their injuries.

The End Of Bonnie And Clyde… 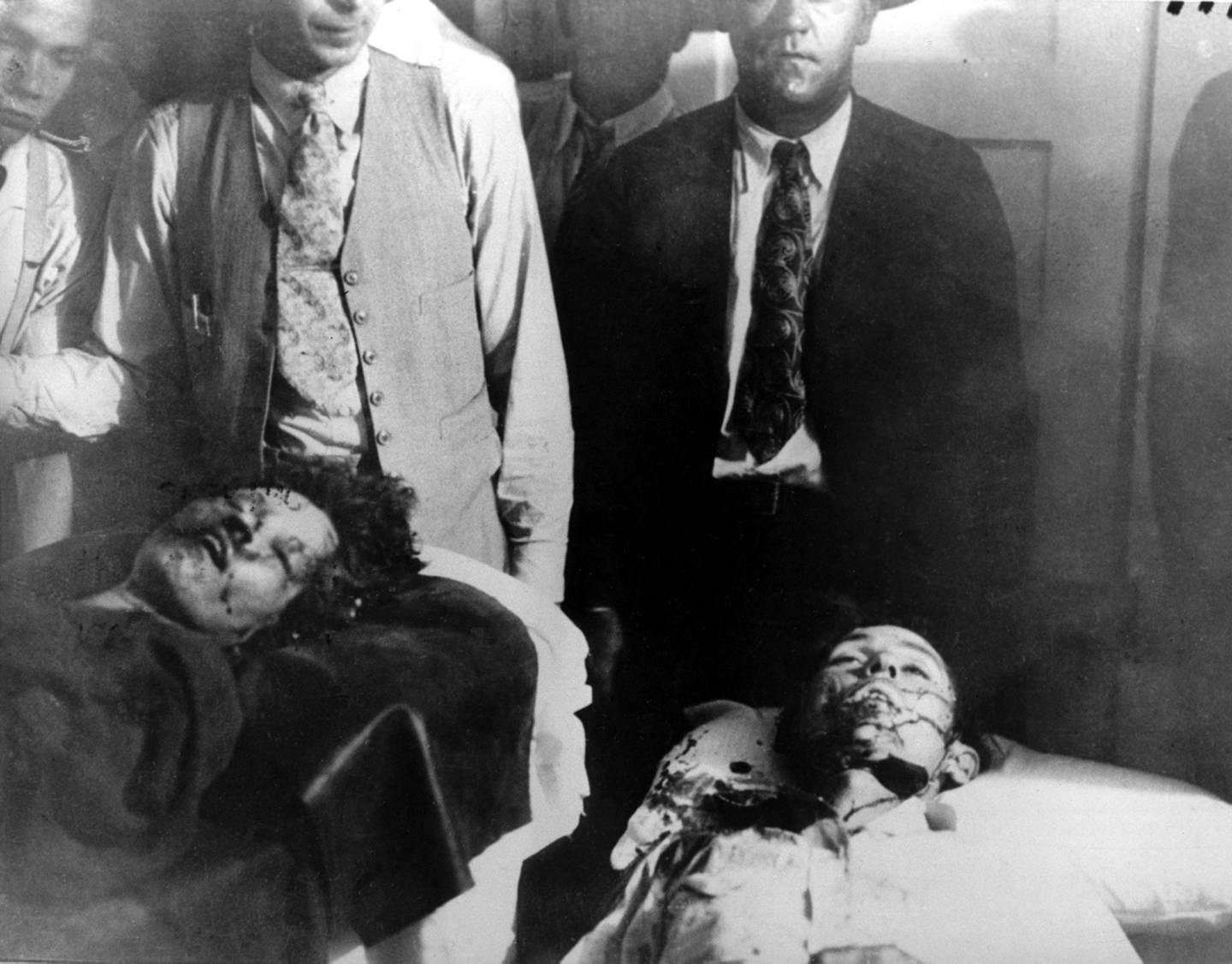 Bonnie and Clyde were living on the end. From near fatal escapes to murdering lawmen and civilians, the criminal couple was finally ambushed on a rural road in Lousiana, where they were encountered by a bullet-ridden Ford V8. It was reported that it was shot nearly 130 times, killing them both at the scene.

During the funeral, nearly 20,000 people attended Bonnie’s as the couple was nothing less than a celebrity. On the other hand, thousand gathered for Clyde’s last rites. If you don’t know this, Bonnie’s last wish was to be buried with Clyde. However, her family refused and buried her in Fishtrap Cemetry. Later in 1945, she was moved to the new Crown Hill Cemetry in Dallas. 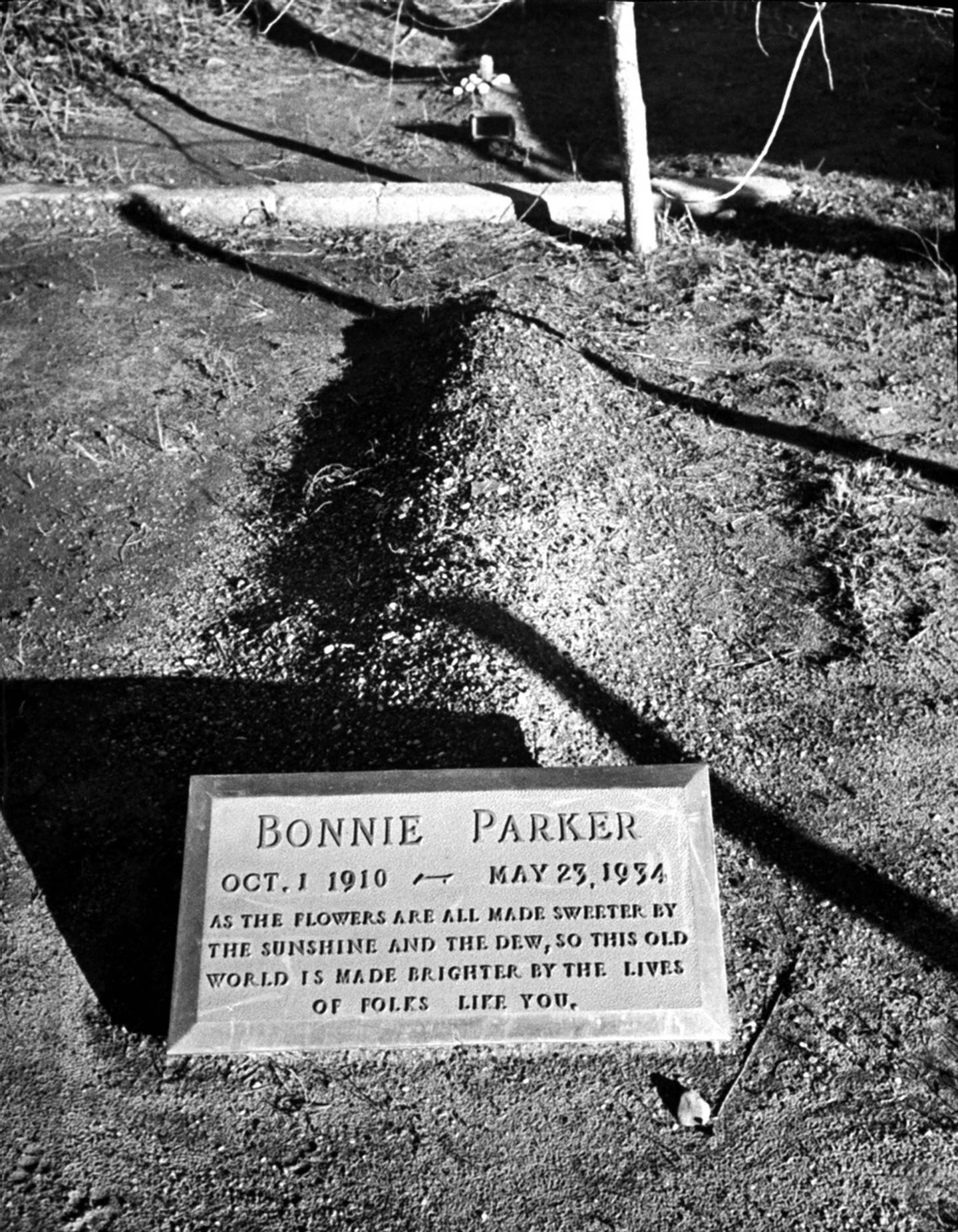 On the other hand, Clyde was buried in Western Heights Cemetry in Dallas, next to Buck who died of a headshot while on the run with the gang. A year after their death, more than 20 family members and friends of Bonnie and Clyde were jailed for aiding and sheltering the Barrow Gang. 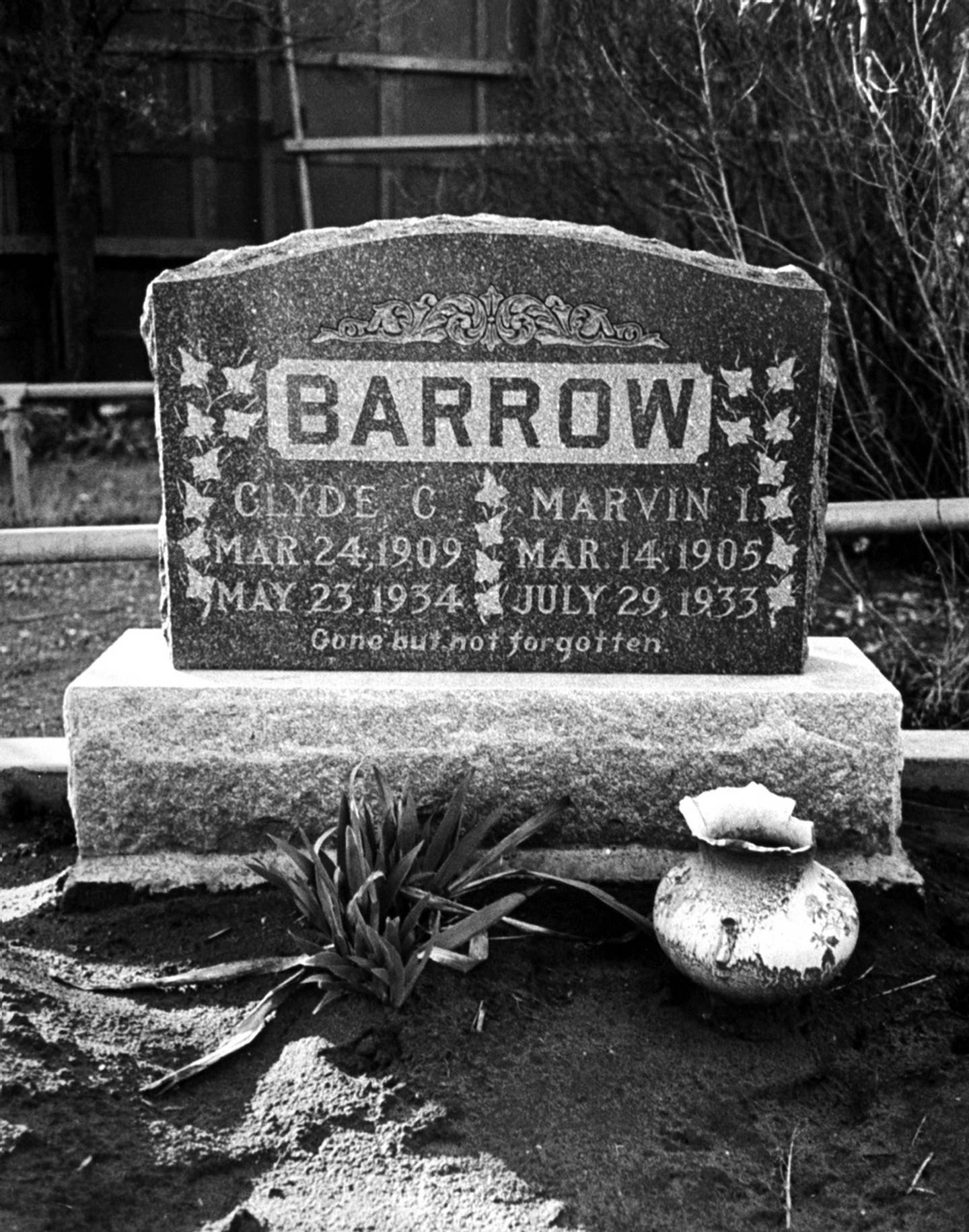 In Bonnie’s poem, “The Story Of Bonnie And Clyde”, She wrote: “Some day they’ll go down together; And they’ll bury them side by side; To few, it’ll be grief; To the law a relief; But it’s death for Bonnie and Clyde,” and that is what happened. No matter how much she may have glorified their actions, in the end, they were mere criminals. What do you think?