Top 10 Biggest Ships in the World

Ships exist in a variety of sizes, and each one has a specific purpose. When it comes to long-distance container transport, certain navy vessels require massive diesel engines, while others use nuclear propulsion systems. In any case, their engineering is impressive regardless of how they’re powered.

Seeing a supertanker in person is enough to put into perspective how complex and time-consuming the manufacturing and design processes are. These enormous machines must have large propulsion systems. A variety of sources of electricity are available, from diesel engines to nuclear sources.

In this article, we’ll discuss the top 10 Biggest Ships in the World. It may be a cruise ship, Oil Tankers, or Freight vessel.

Top 10 Biggest Ships In The World

Ships like oil tankers and freight vessels are some of the biggest ships in the world. These massive machines are engineering marvels that account for a significant portion of the world’s transportation of commodities and people. In this list, we have both cruise ships as well as Oil Tankers.

1. Symphony Of the Seas 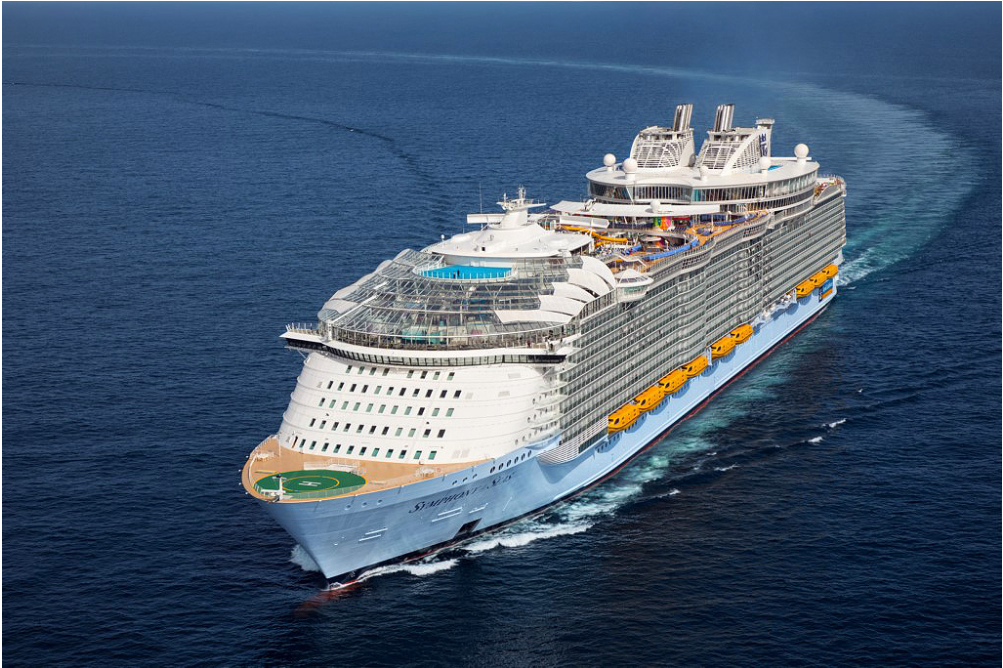 Symphony of the Seas, Royal Caribbean’s 25th ship, is presently the world’s biggest cruise ship. The massive cruise ship has a total registered tonnage of 228,081 tonnes, stands 238 feet tall, and spans 1,188 feet. With a bold roster of energy-filled, heart-pumping events, Symphony of the Seas is dubbed the best family holiday destination.

2. Harmony of the Seas 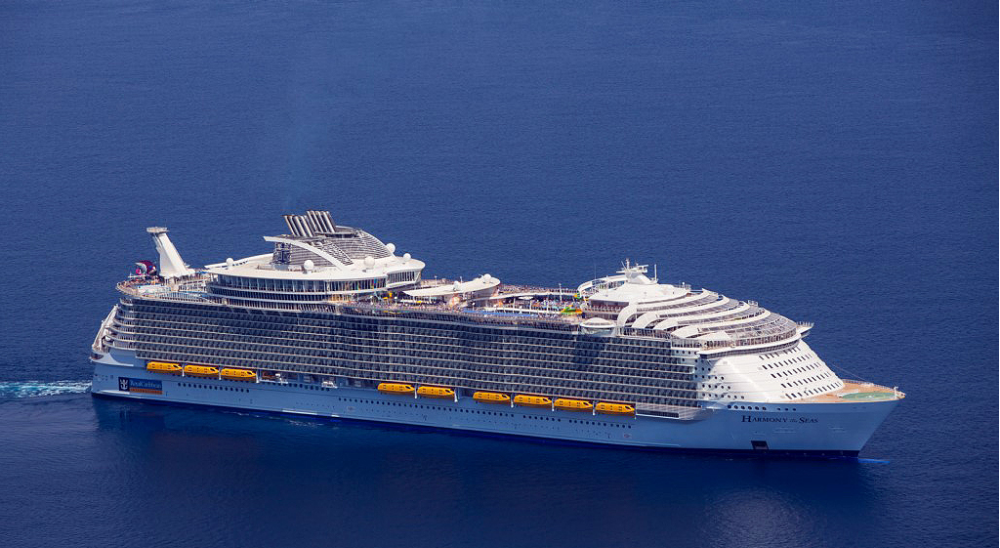 The ship had her inaugural journey in June of 2017, offering seven-night Western Mediterranean excursions between Barcelona and Civitavecchia. 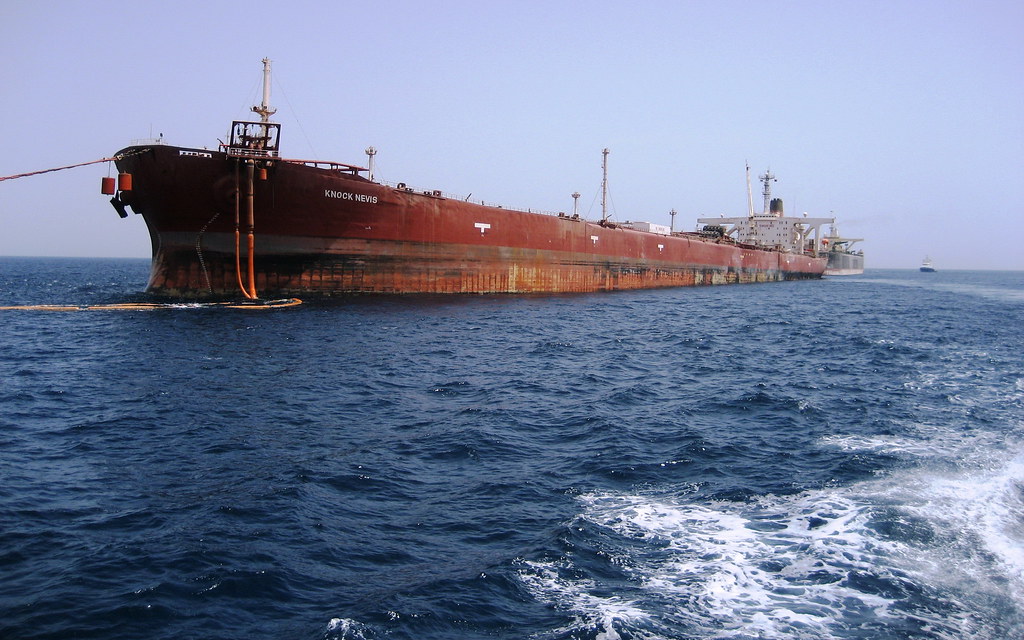 The Knock Nevis, an oil tanker, was one of the longest and heaviest ships ever built. The Knock Nevis, or Mont as it was called before, was a ULCC supertanker that was decommissioned in 2009.

Sumitomo Heavy Industries of Japan constructed Knock Nevis in 1979. During the Iran-Iraq war in 1988, the ship was badly damaged and sank in the Strait of Hormuz, but it was rescued and restored, and it was subsequently renamed Happy Giant and returned to active duty. 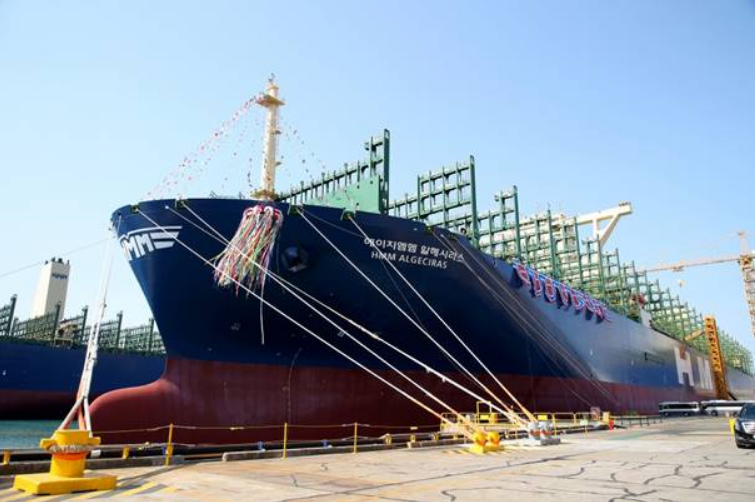 In terms of container capacity, the HMM Algeciras is the world’s largest containership. The Panama-registered ship is 399.9 m long and has a depth of 33.2m. Daewoo Shipbuilding and Marine Engineering have built the ship.

One of twelve 24000 TEU Class eco-friendly container ships that HMM aims to build to reduce its environmental footprint.

5. Allure of the Seas 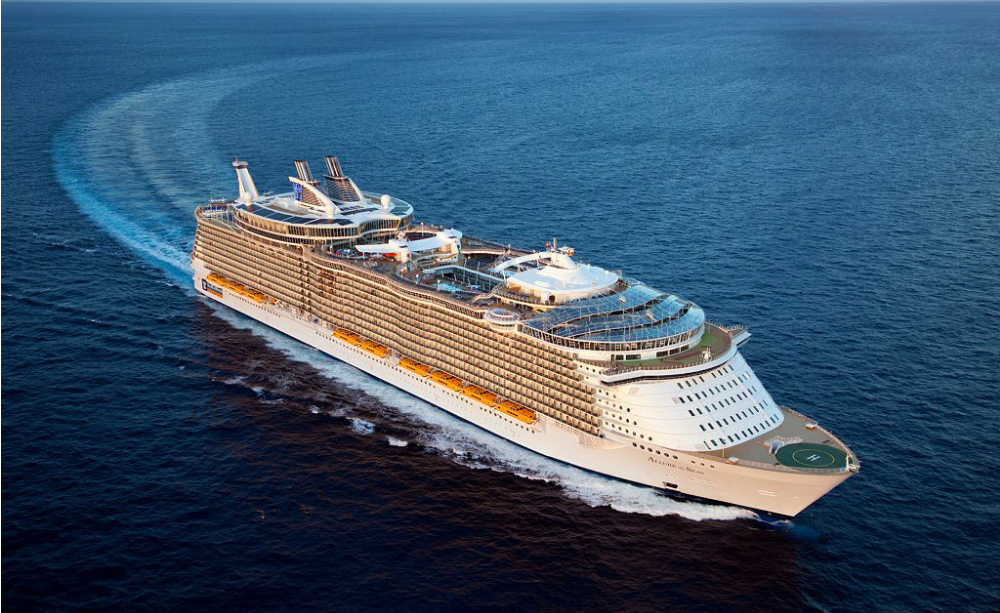 The allure of the Seas, another 362m-long Oasis-class cruise ship, is next on the list. It was built at the STX Europe shipyards in Turku, Finland, which makes Allure a unique experience for guests. This was the world’s biggest passenger ship before the advent of Harmony of the Seas.

6. Independence of the Seas 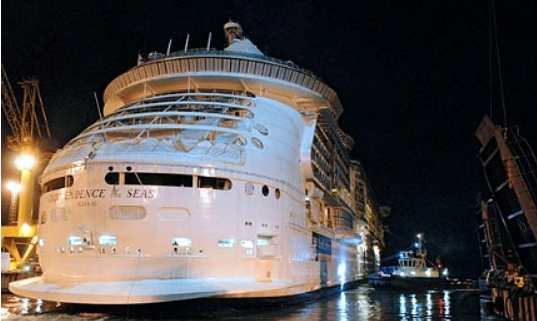 Despite being superseded by the company’s Oasis-Class ships, Royal Caribbean’s Independence of the Seas is still one of the world’s largest cruise ships despite its inaugural trip in May 2008.

As the biggest and most sophisticated surface combatant in the world, the USS Zumwalt is the US Navy’s newest warship. Numerous modern technology and survivability systems have been installed aboard this ship, including improved radar and stealth weaponry as well as advanced propulsion systems.

The USS Zumwalt is the Navy’s first all-electric surface combatant. Only 600ft long, it has a crew of 158 and a maximum speed of 17.5 knots. USS Enterprise, a battleship that has been in service for more than 55 years, was decommissioned in 2017. For the first time, a U.S. aircraft carrier of this length has been built. 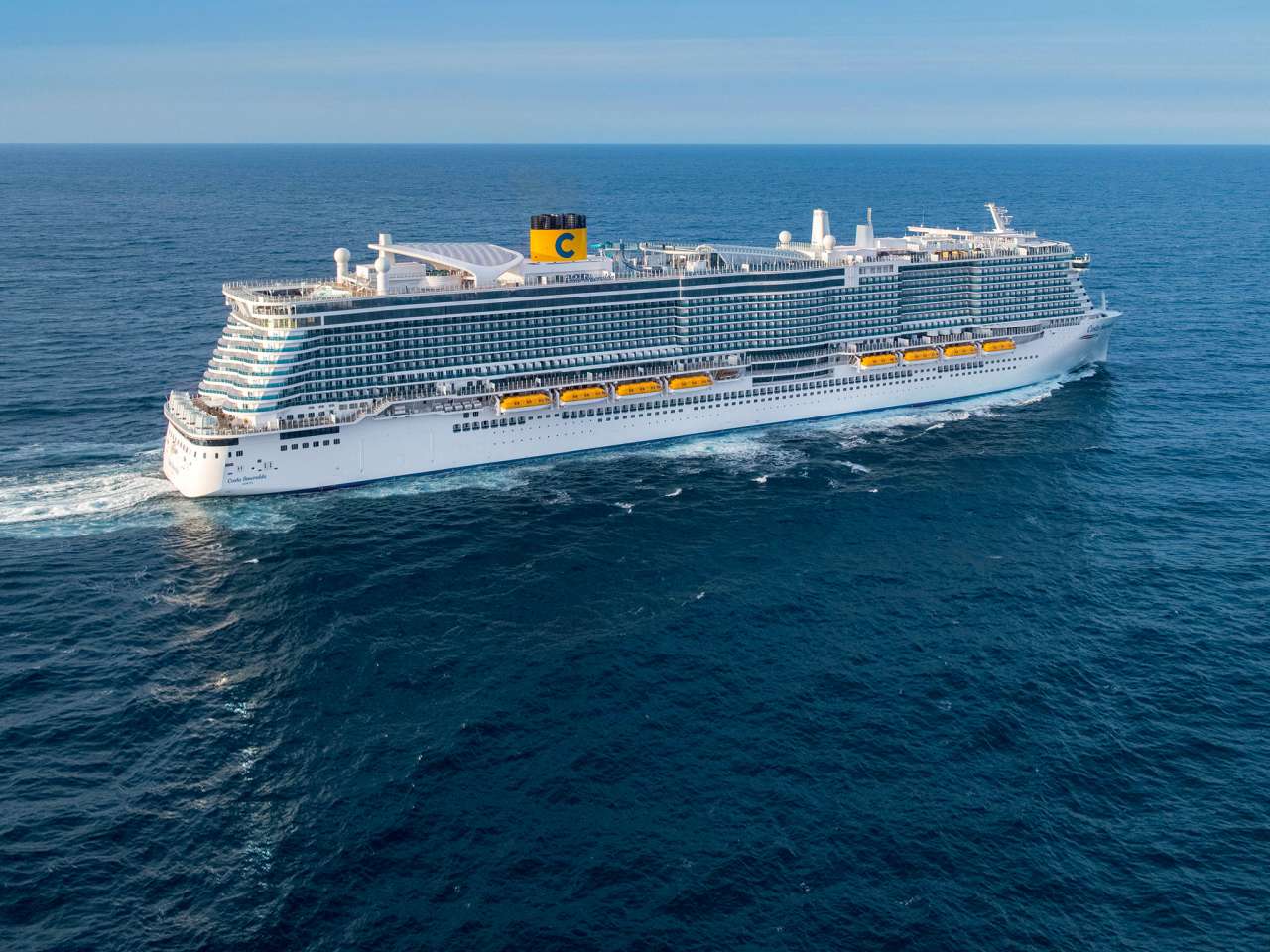 In honor of the Sardinia Emerald Coast, the Costa Smeralda is an LNG-powered cruise ship operated by Italian cruise operator Costa Cruises.

As a “Smart Floating City,” the ship incorporates a variety of sustainable technology into its design, making it both luxurious for its guests and environmentally friendly. Just before the COVID, 19 Pandemic began, this spacecraft was delivered. 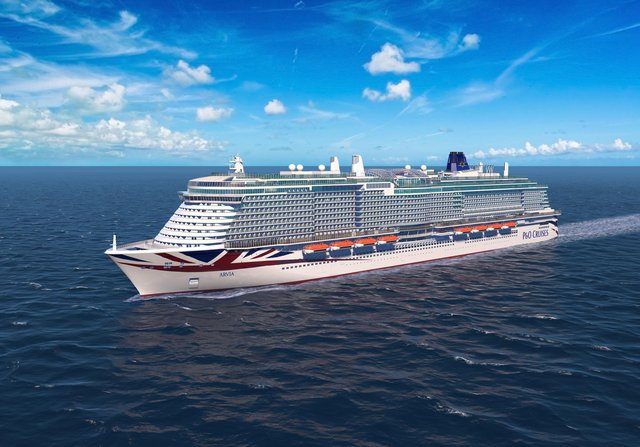 Iona, a P&O Cruises vessel fuelled by LNG, was scheduled to begin operations in May 2020. However, because of the Coronavirus pandemic, its delivery was postponed until October 2020, and the P&O cruise eventually received it. 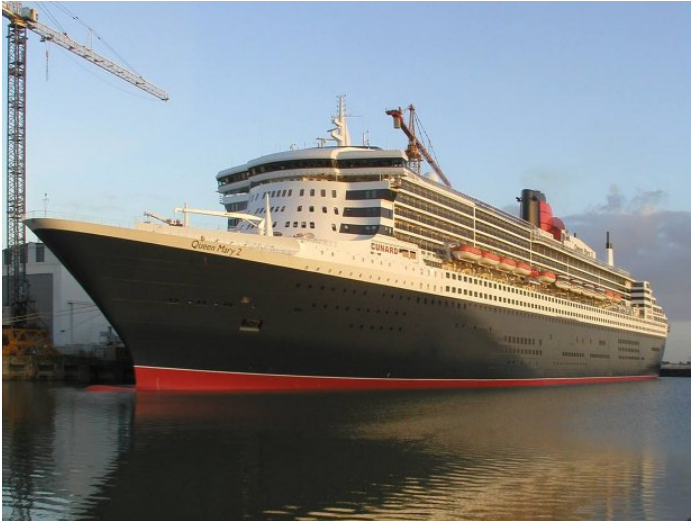 The RMS Queen Mary 2 is the world’s biggest transatlantic ocean liner to date. RMS Queen Elizabeth 2 (QE2) is the first significant ocean liner to be built since 1969, and this is its successor.

Her first trip take place in 2004. And she even completed a historic eastbound transatlantic journey with the soon-to-be-retired QE2 on board. There is now just one transatlantic ocean liner operating between Southampton and New York City: RMS Queen Mary 2.

These are the top 10 biggest ships in the world. This article not only talks about cruise ships but also warships and Containment ships. Which ship would you like to travel on?