These legendary women are some of the best doctors around if laughter is the best medicine. Some of the funniest African American female comedians specialize in political humour, while others are known for jokes about relationships. Many of the finest Black female comedians have also earned acting roles that have garnered them awards. Given the continued diversity on talk shows and the inclusion of minorities in comedy specials, there is still a media barrier preventing many Black female comedians from attaining fame and notoriety. As a result, we made the decision to write this post about the 17 funniest black female standup comedians in history. 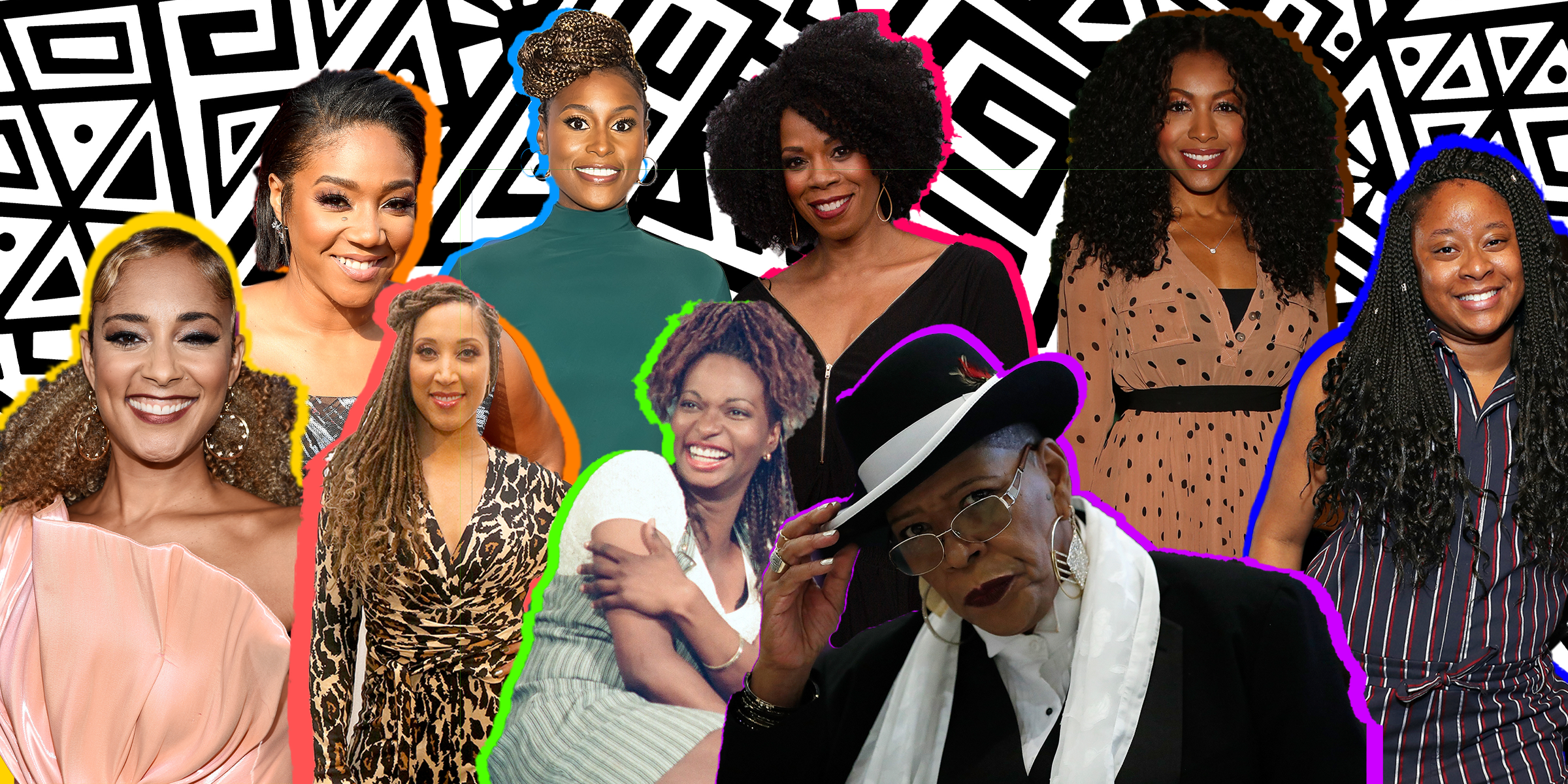 There are many black female comedians, ranging from rich, dark-skinned women to those who are described as “light-skinned,” such as the late Joan Rivers. The comedians on this list are all extremely talented and well-known (funny-black-women). Laughter is beneficial to your health. That’s why we’ve compiled a list of the 17 Funniest Black Female Comedians for you to enjoy!

Given below is a list of some of the best black female comedians in the entertainment industry. 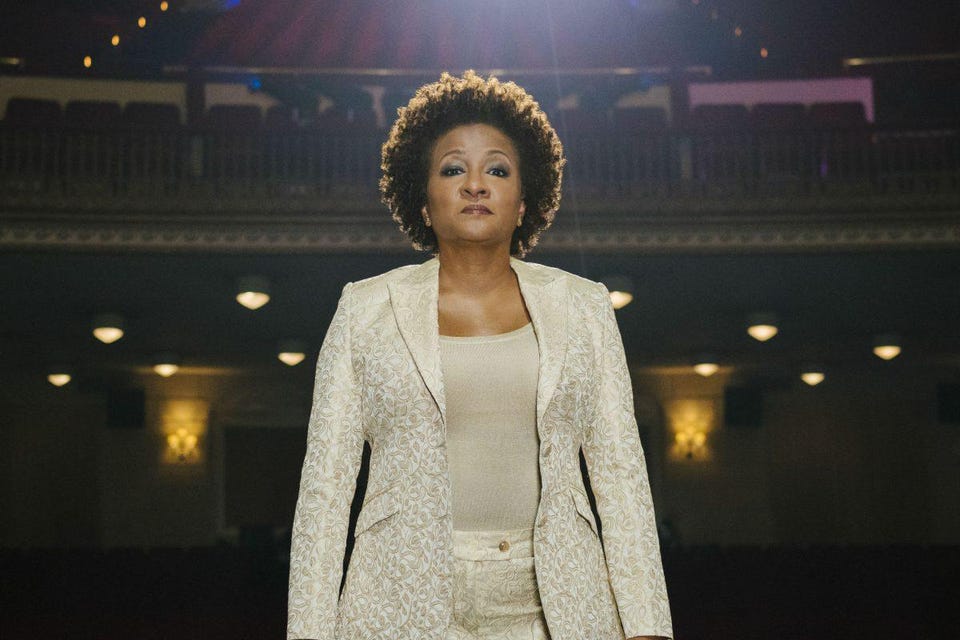 Wanda Sykes is hard to leave off any list of funny Black female comedians. Sykes is still one of the most well-known touring comedians today, at the age of 56. In addition to her long-running stand-up comedy career, Sykes is an actor, comedian, and writer who has acted in sitcoms and films. You can watch her Netflix special Not Normal to hear her heartfelt yet hilarious comments on The Bachelor, the present administration, and racism. 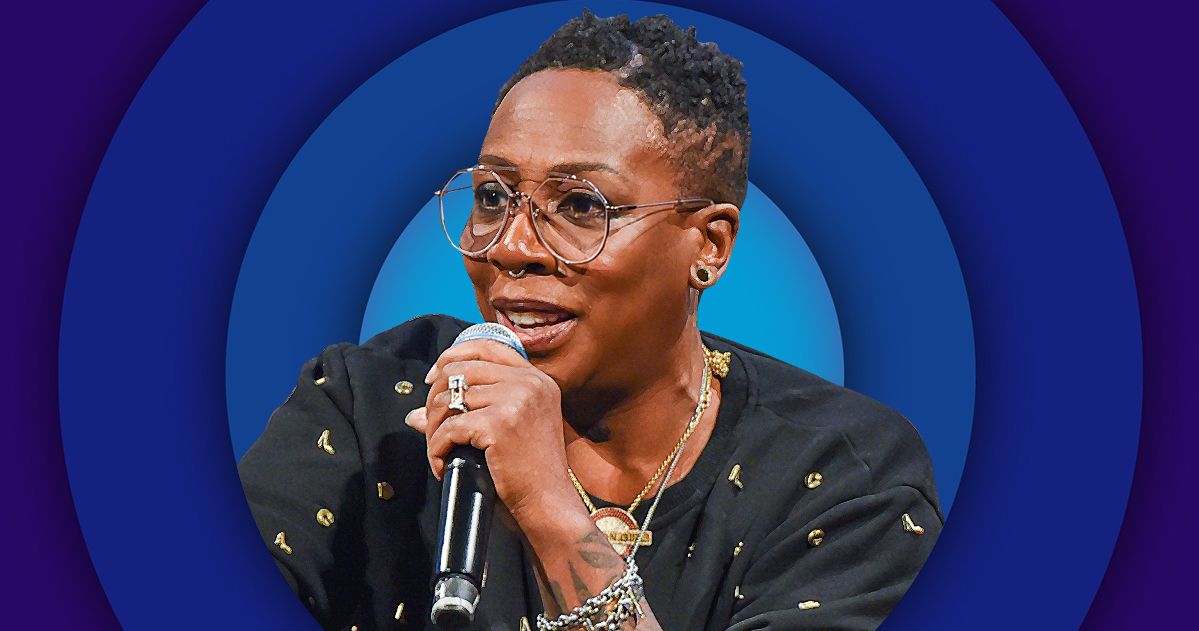 When it comes to social commentary on American politics, Yashere, a British comedian, gives an outsider’s perspective as well as a critical eye. Gina Yashere: Laughing to America, her Netflix stand-up special from 2013, talks about the “apprentice guy” (you know, the president) and informs the audience how big of a joke he was regarded to be at the time. Her other specials include Skinny Bitch from 2008 and her appearance on The Stand-ups. She’s also the executive producer and co-creator of the CBS comedy Bob Hearts Abishola. 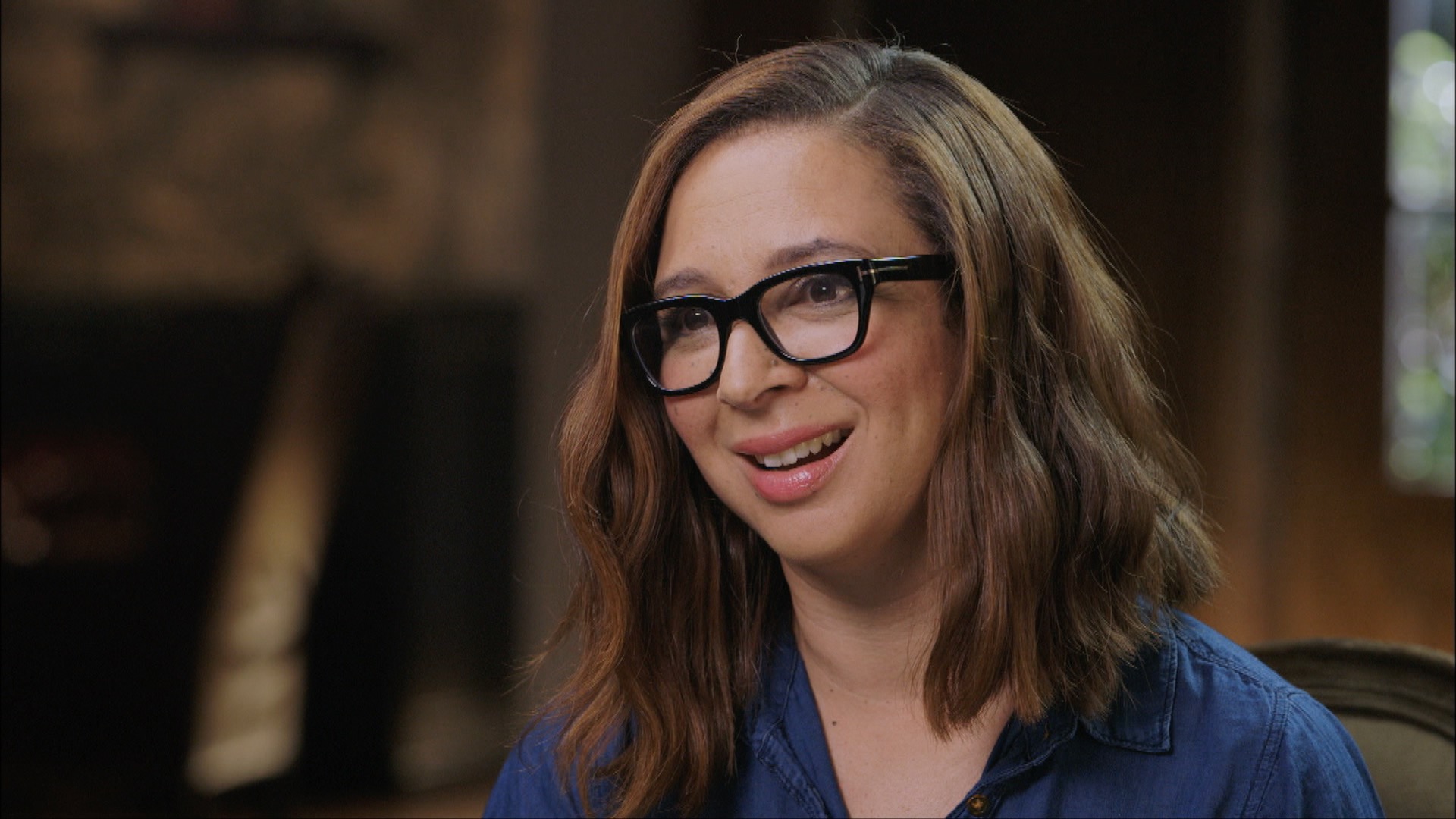 Maya Rudolph, the daughter of iconic singer Minnie Riperton, has managed to carve out a career for herself as a humorous member of the Saturday Night Live ensemble. Her sketch comedy gets to the heart of political issues while simultaneously making you cry and laugh. Also noteworthy is her outstanding performance as Kamala Harris on Saturday Night Live.

Tiffany Haddish has become a household name because to her breakout role in Girls Trip. Her Netflix special, Black Mitzvah, which debuted on her 40th birthday, tells the storey of her long journey to adulthood and her discovery of her Jewish lineage, complete with singing and dancing that will make you laugh out loud. 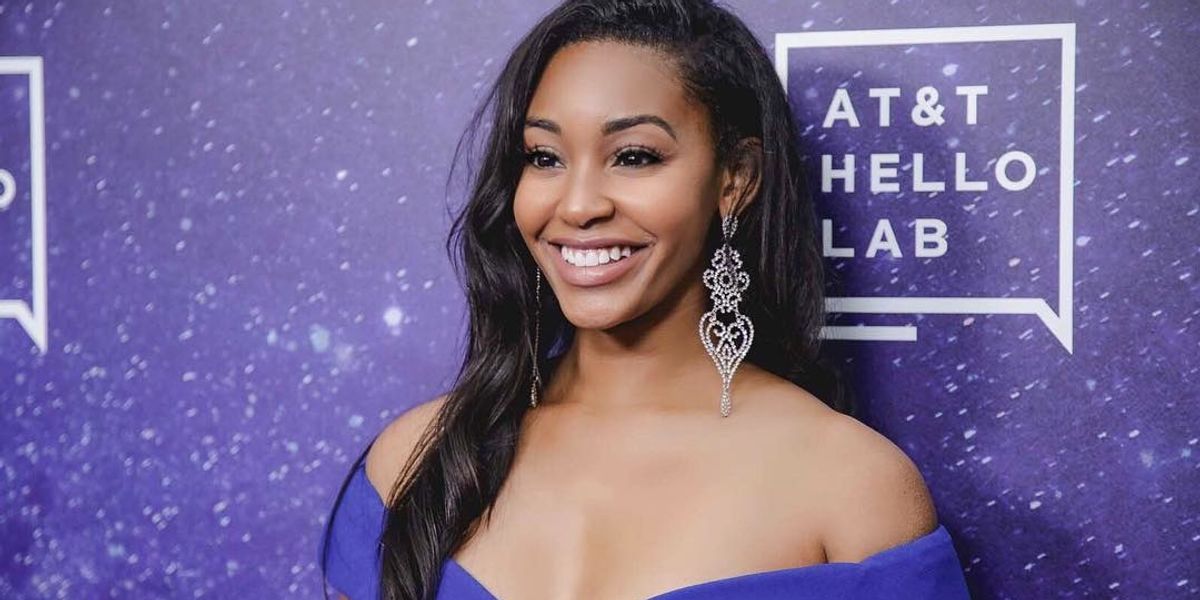 Jasmine Luv is known for her viral, female-driven sketch comedy videos and has been named a top Black female comedian in the online humour area by VH1. We can only expect more wonderful things from her as a big social media influencer. 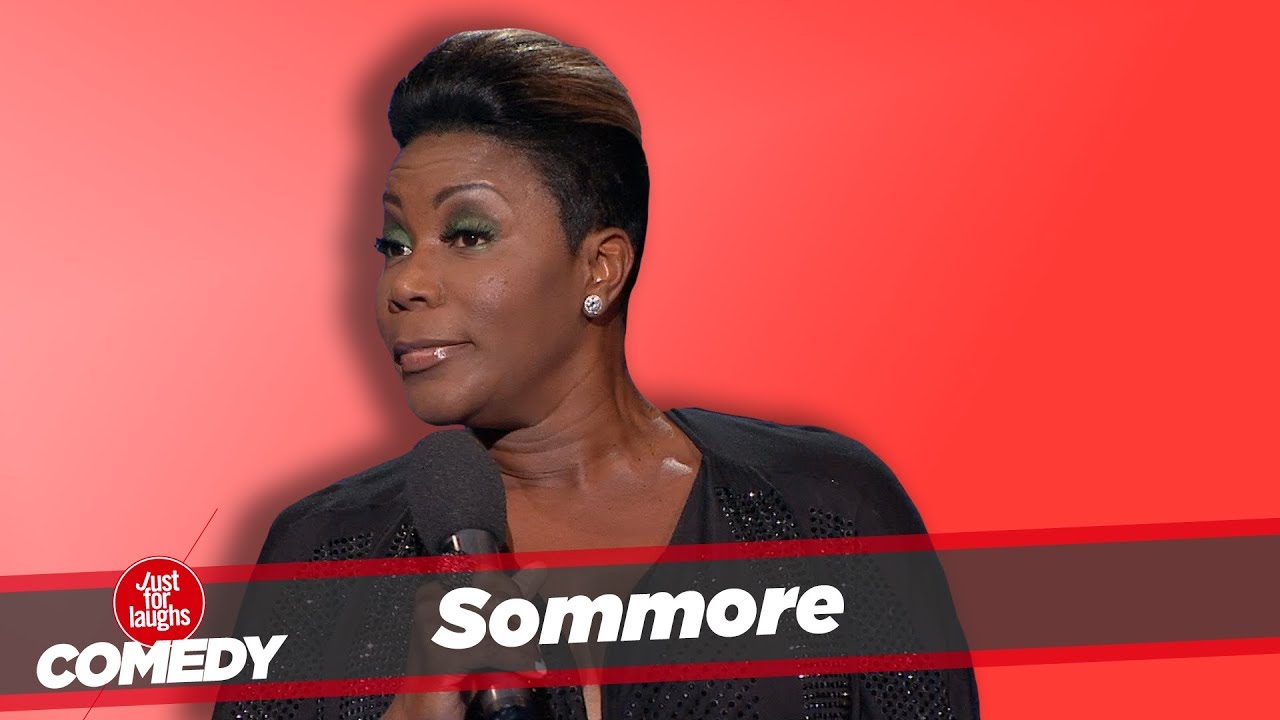 Sommore, dubbed the “diva of comedy,” offers candid and amusing commentary on the battle for gender equality, sex, and money. She first rose to prominence (and our amusement) as a member of the Queens of Comedy tour, and then went on to star in the films Soul Plane and Friday After Next. The Reign Continues, her Netflix special from 2015, is a terrific opportunity to brush up on her humorous style. 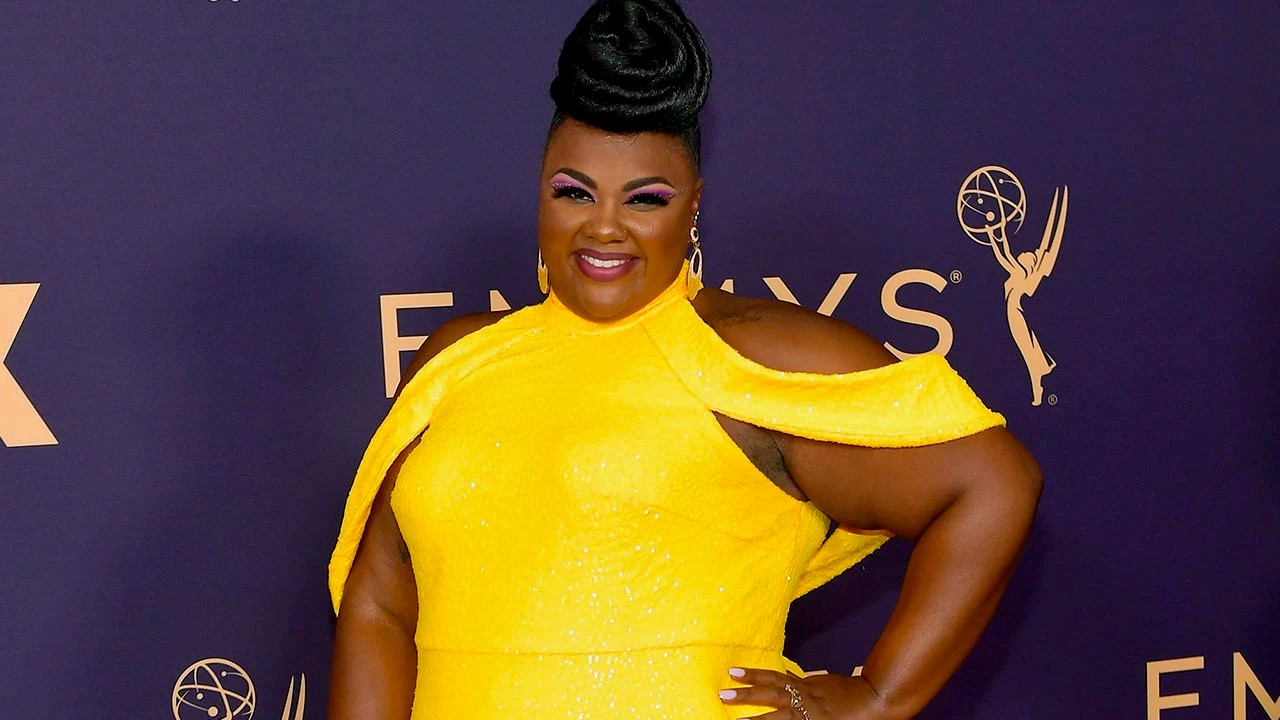 We love the novelist, stand-up comedian, and actor since she isn’t known for family-friendly comedy. She speaks frankly about body image, sex, and Black culture, deftly tying the various issues together. She also appears to be doing a million things at once, from recording one of her numerous podcasts to presenting Netflix’s Nailed It! to writing a book. 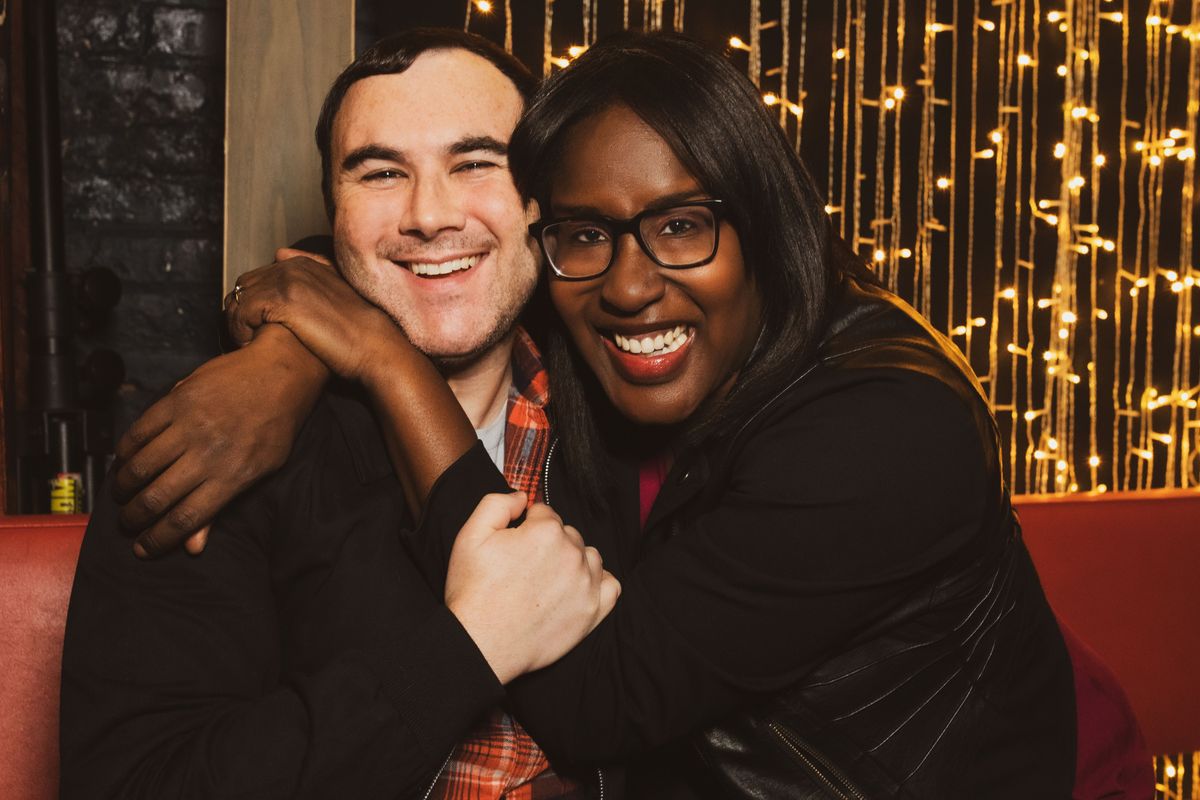 Naomi Ekperigin co-hosts Couple’s Therapy podcast with her lover and uses humorous insight and tell-it-like-it-is candour to talk about problems that matter to her, from racism to capitalism to the pandemic. The actor, stand-up comedian, and writer has been on MTV, VH1, and FX’s Totally Biased with W. Kamau Bell, as well as in Huffington Post and VanityFair.com. She’s also contributed to Comedy Central’s Broad City and Difficult People as a writer. 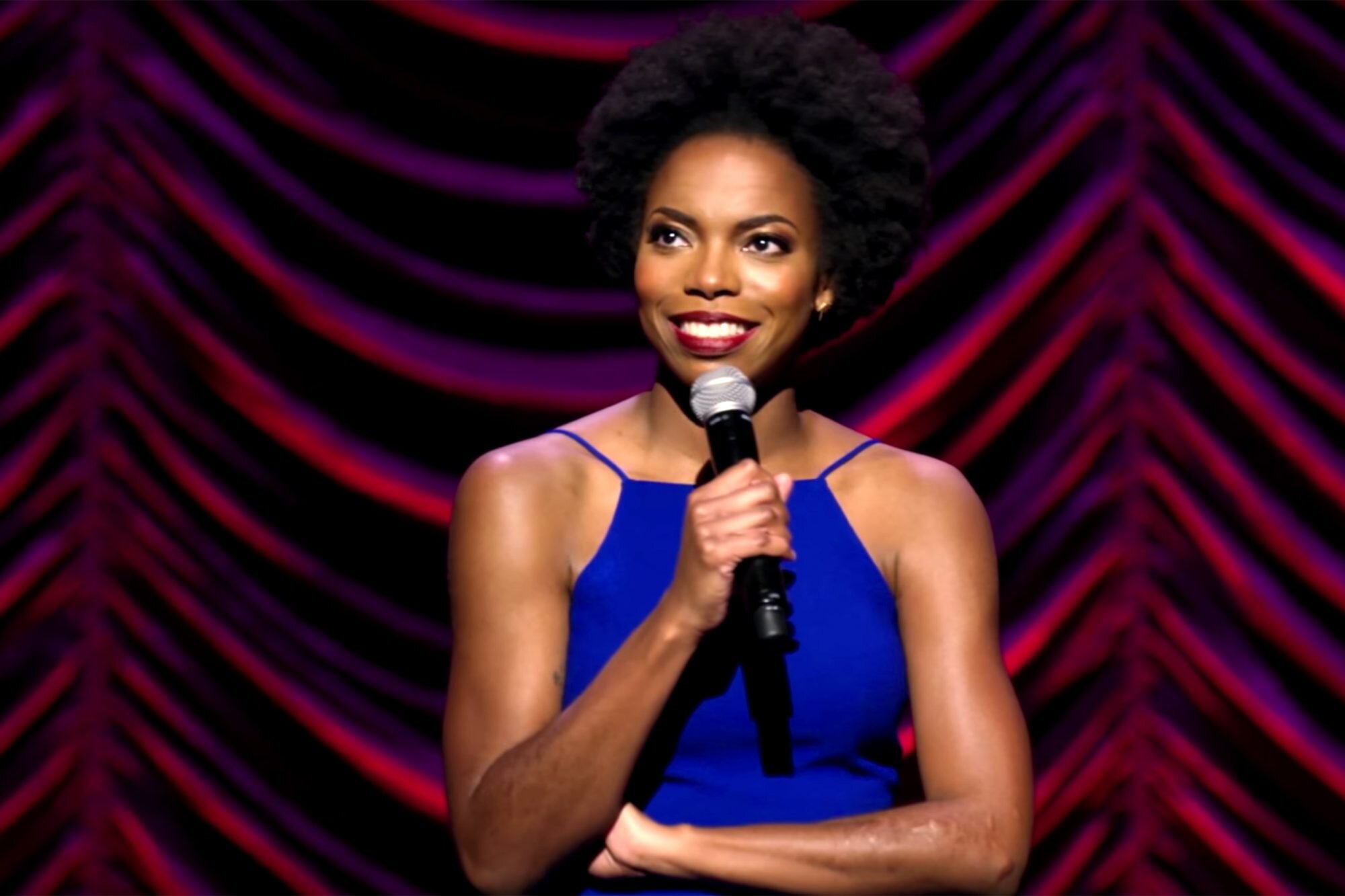 Sasheer Zamata made waves in 2014 when she became the first black woman to join the main cast of Saturday Night Live since Maya Rudolph’s departure in 2007, and she went on to host with Drake and impersonate major musicians like Rihanna, Solange, and Nicki Minaj. She’s appeared in Hulu’s Woke and Netflix’s The Last OG, and she now co-hosts the Best Friends podcast with Nicole Byer. 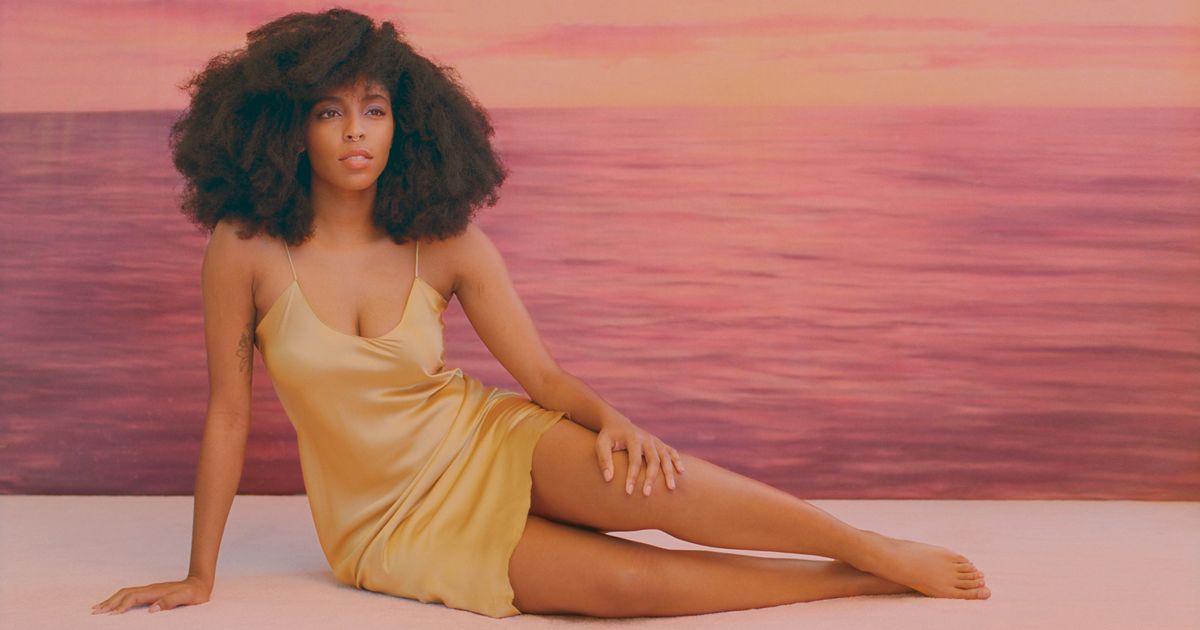 She rose to prominence as a senior correspondent on The Daily Show and co-host with Phoebe Robinson of the wonderfully engaging podcast 2 Dope Queens. She also starred in the Netflix original film The Incredibles. Jessica James and HBO’s Girls have provided us with depth, comedy, and a much-needed dash of black girl magic. She’ll reprise her role from the Harry Potter spinoff Fantastic Beasts: The Crimes of Grindelwald in the franchise’s third instalment, which is planned to hit theatres in 2021. 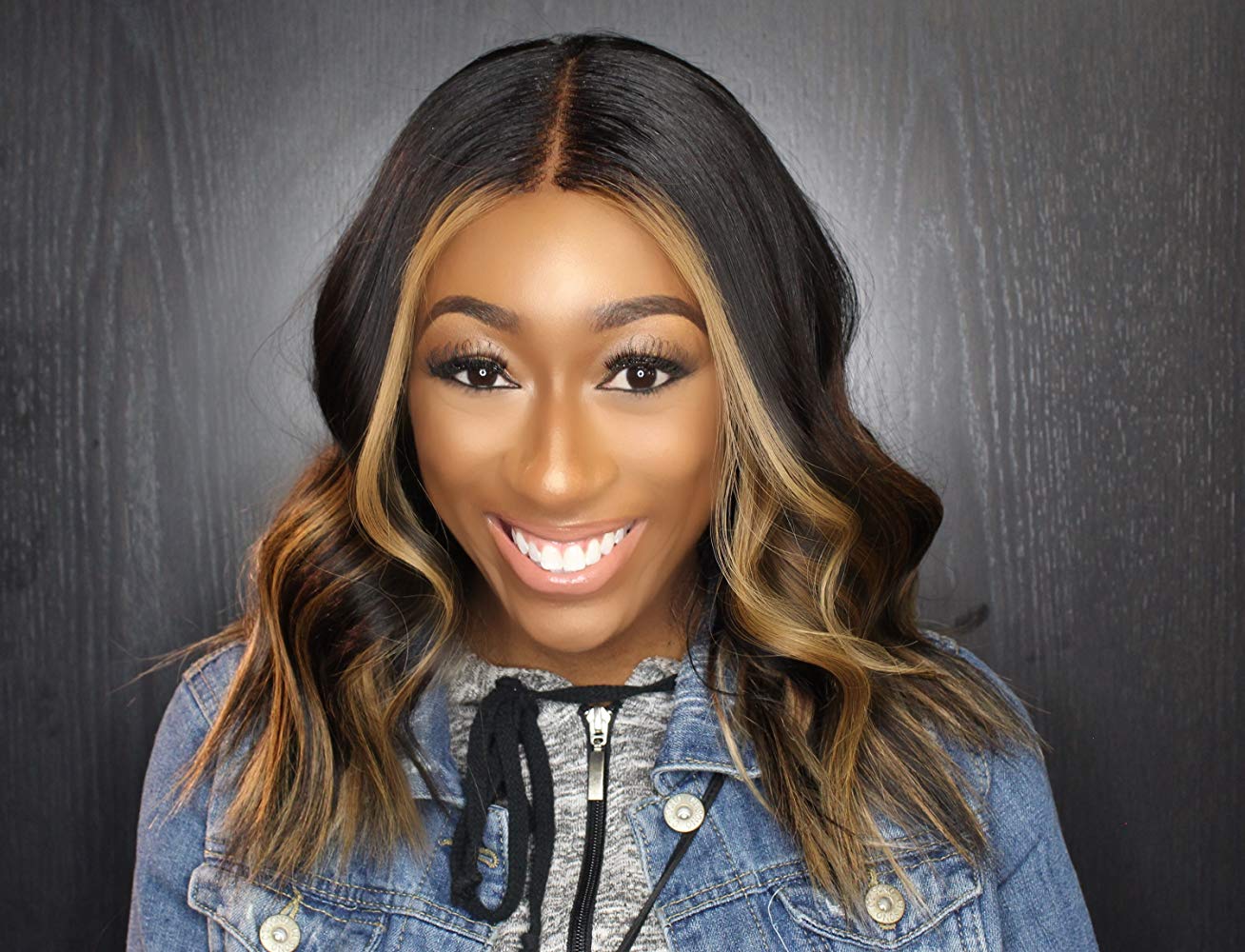 When LaLa initially came on the scene, you couldn’t go a day without seeing a viral video featuring her wacky reenactments of pop culture and celebrity moments, as well as her films that made you laugh till you cry, and she’s since built her online following to over 3.4 million people. Her appearance on Boomerang, a spin-off of the Eddie Murphy classic, as part of the cool and accomplished crew was a great addition to the show, and she’s always entertaining to watch lead red carpet interviews. She’s worked as a Savage x Fenty ambassador, performed in a legendary virtual table read helmed by Sanaa Lathan and starring Cedric the Entertainer and Wayne Brady, and now hosts The Salon podcast. 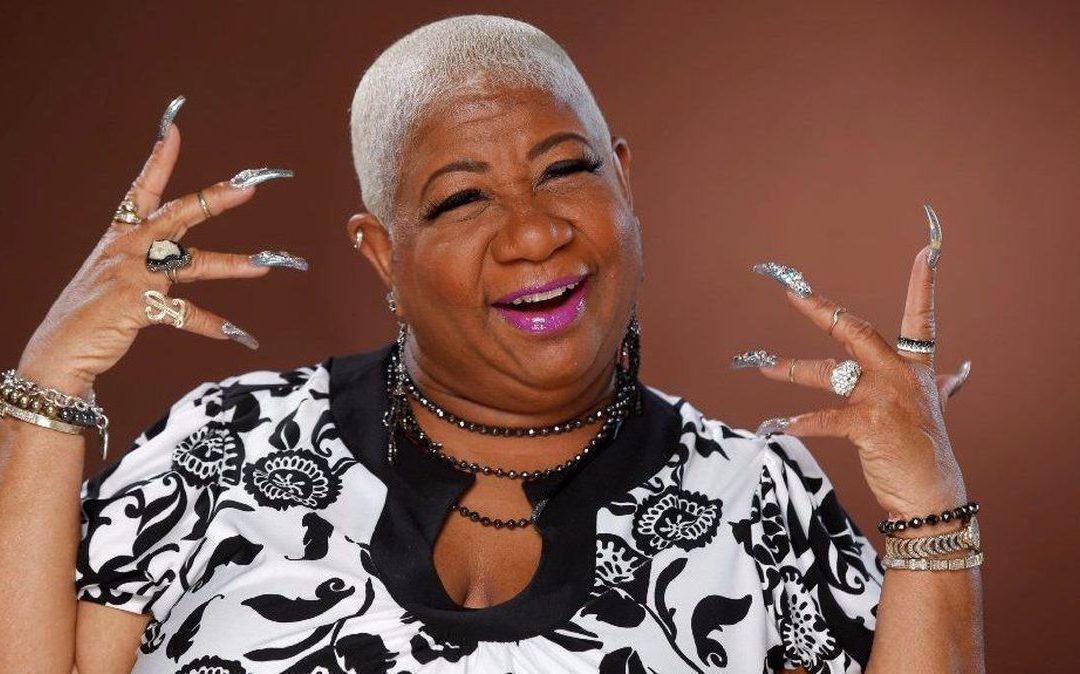 One of our favourite aunties has been demonstrating true confidence by donning Savage x Fenty lingerie both online and on stage, and she recently starred in an episode of Power Book II: Ghost, a Starz spin-off of the Power series. She’s had a successful comedy career for over 20 years, appearing alongside Eddie Murphy (Dolemite Is My Name), Lady GaGa, Beyonce (“Telephone” video), Rickey Smiley, Master P (I Got the Hook-Up 2), Snoop Dogg, Martin Lawrence, Katt Williams, and Kevin Hart, among others. She’ll be seen alongside Murphy again in the next film Coming 2 America. 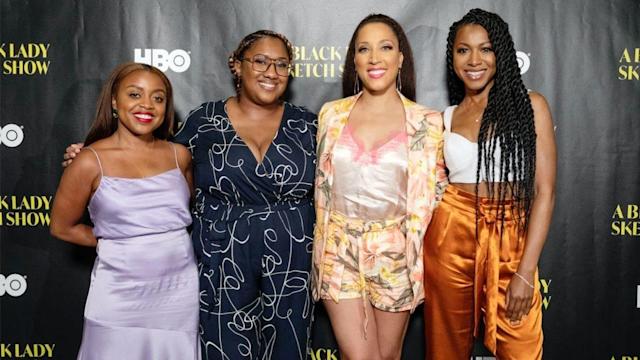 Ashley Nicole Black, an Emmy winner in her own right, with credits that include writing for the TBS late-night show Full Frontal with Samantha Bee and appearing in HBO’s A Black Lady Sketch Show as a featured actress and writer. She’s also appeared in the 2014 film An American Education and Comedy Central’s Drunk History. 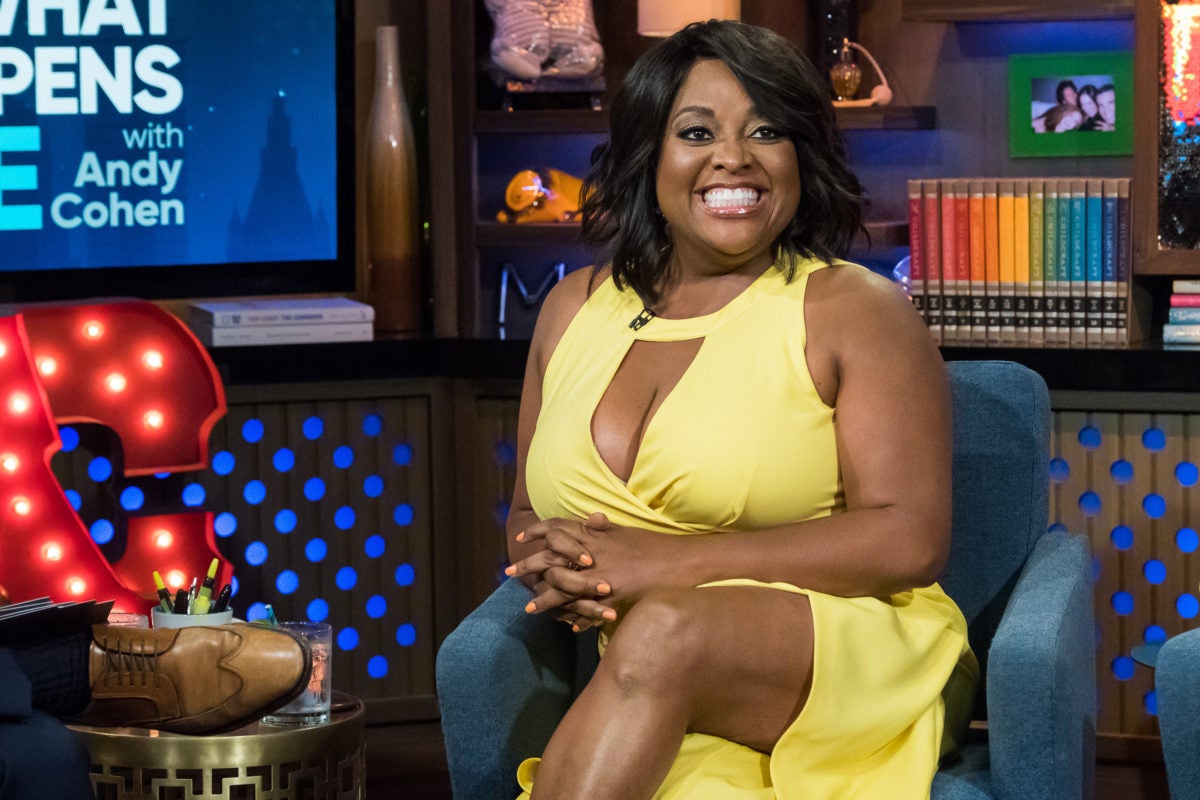 Sherri Shepherd’s unique personality and amazing sense of humour never fail to thrill audiences, whether she’s on stage or on TV. Sherri was a part of a historic account in August 2009, when the hosts of The Avenue received the Daytime Emmy for Outstanding Talk Program Host. Sherri and her co-hosts were named to Time magazine’s “100 Most Influential People in the World” list in the same year, while Forbes named her to the top “30 Most Influential Women in Media” list. Sherri also had a successful run in the off-Broadway play “Love, Loss, and What I Wore,” which received critical acclaim. 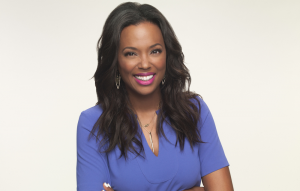 Aisha Tyler is an actress, comedian, filmmaker, author, model, and talk show host from the United States. She is presently the voice of Lana Kane in the animated sitcom Archer on FX. Tyler has received a Critics’ Choice Award for Best TV Host three times, been named to Maxim magazine’s Hot 100 list three times, appeared on the cover of Playboy three times, and is now listed number 99 on Comedy Central’s 100 Greatest Stand-ups of All Time. She also stars in Archer and produces, directs, and films her own show, Web Soup. Aisha began her career as a stand-up comedian, and her distinctive wit has landed her appearances on “The Tonight Show,” “The Today Show,” “Politically Incorrect,” “Jimmy Kimmel Live,” and other shows. 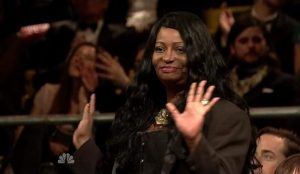 Ellen Cleghorne is an older black comedian whose star power and popularity have risen dramatically in the last two decades. She started her career more than 20 years ago as a member of the cast of the iconic NBC sketch comedy show In Living Color. Ellen began her career as a stand-up comedian many years ago, and since then she has starred in a number of films and television shows, as well as writing books. Over the years, she’s collaborated with other writers to create routines that have won awards. 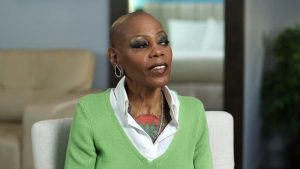 Debra Wilson is a female comedian who has starred on The Real Housewives of Beverly Hills and A Different World. She was dubbed “the defining moment for women in comedy” by a journalist for the Los Angeles Times. She was ranked #8 on Rolling Out magazine’s Power 100 list lately. She’s performed on the Billboard Comedy Charts and has hit records. Halle Berry, Jay-Z, Quincy Jones, David Foster, California Governor Gray Davis, and many more have collaborated with her. Debra Wilson is a female comedian who performs stand-up comedy and writes about her life experiences in amusing videos, essays, books, and blogs. She shares what she learned about love and marriage in a lighthearted manner.

So here is our list of 17 black female comedians who are ruling the stand-up scene with their humor.