There have been numerous female anime characters which the viewers love to watch. Furthermore, some are romantically affectionate towards such characters and have termed them as their Waifus. At the same time, there have been multiple debates amongst the community while ranking their Waifus. Hence, here’s our list of the top Waifus in anime. 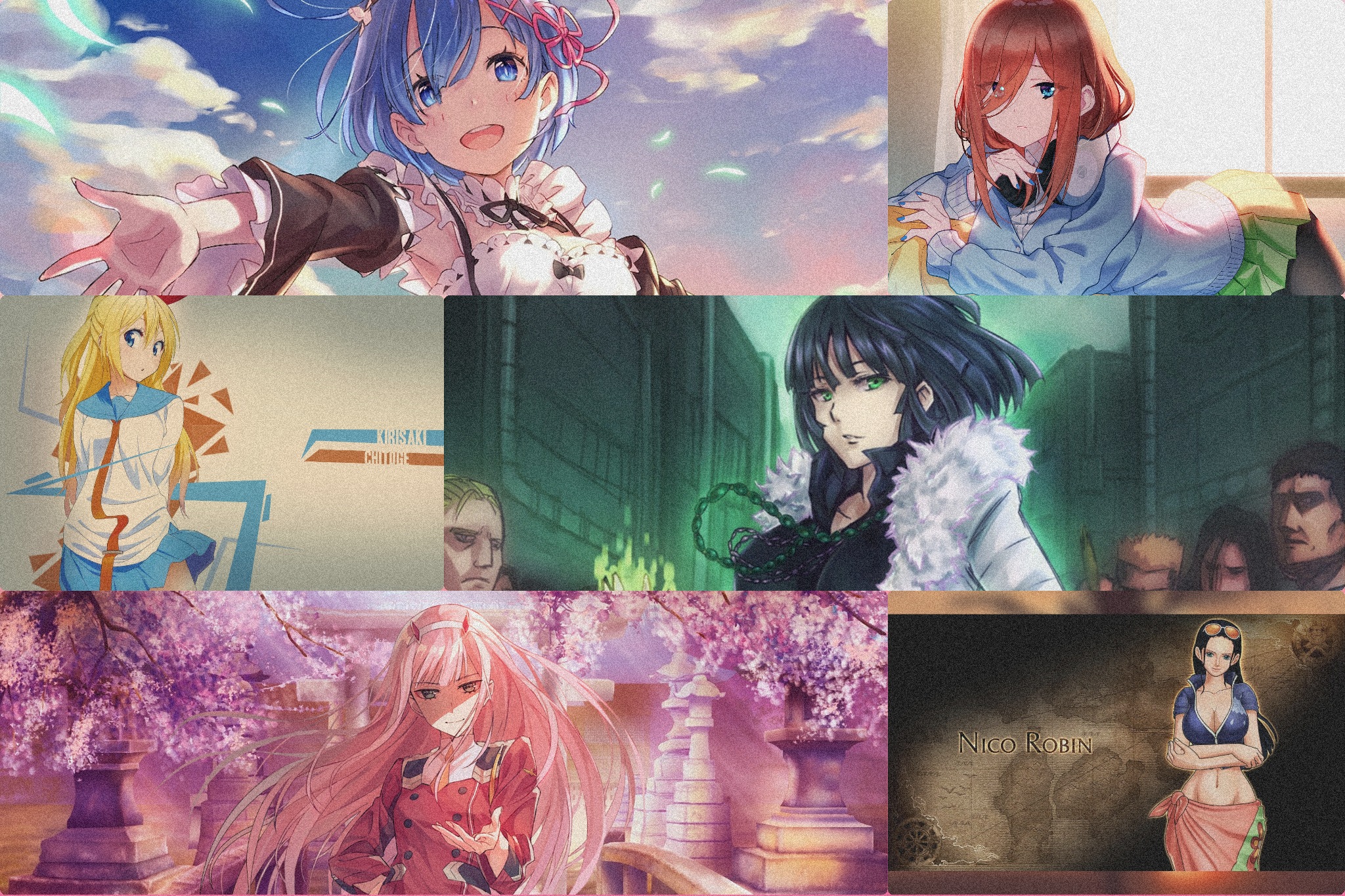 What Is A Waifu?

Anime has provided female characters with great personalities, elegant looks, and strong will. Conclusively, viewers have loved such characters and have devoted themselves to them. Whether it be adorable looks or admirable nature, some female characters attract multiple viewers towards them.

Hence, some audiences get romantically affectionate for such characters. Thus, a new term “WAIFU” was coined. Here, we’ll be ranking the top 20 waifus of all time in anime.

What To Expect From This Best Anime Waifus List?

Making a list that completely fulfills everyone’s expectations is a miraculous task. Hence, you may find your Waifu absent from the list. Moreover, you may disagree with the ranking. Since everyone has their own point of view, such disagreements are equitable.

Nevertheless, there are multiple Waifu in the anime community. Additionally, people often consider Trap characters as their waifu. Sadly, we won’t be adding trap characters to the list. Evidently, none of the trap characters were able to compete with the ones on the following list.

Rather than despising a character, it’s better to love all of them. While backing your Waifu, you could also admire the love others have for their Waifus. Lastly, this list is formulated by a group of anime enthusiasts. Hence, you may find your beloved one as one of the top 20 waifus of all time.

Starting off the list is one of the most trustworthy female characters in anime history. Raphtalia from The Rising Of The Shield Hero has been an iconic character through the end.

Serving as the shield hero’s sword, Raphtalia has proven her strength timely. Moreover, her trust and will to fight for her master has been the icing on the cake. Indeed, Rapthalia has been a character to look out for. Her strong character and cute personality have earned her a place on this list.

Honorable Mentions from Rising of The Shield Hero

Hopefully, you’ve already predicted her to be on the list. Coming from the 2014 rom-com anime Nisekoi, Chitoge Kirisaki is an elegant and vibrant character.

As the series’ female protagonist, Chitoge has provided great humorous content. Nevertheless, some of her alluring moments in the anime have won the hearts of many. Though the anime had multiple other praise-worthy figures, Chitoge stood above them all.

Currently, Fubuki from One Punch Man has attracted several viewers to the manga. Though her appearance in the anime has been short, Fubuki has been an awe-inspiring character in the manga.

Nevertheless, Fubuki’s tall, slim, and curvaceous figure has been a feast for the eyes. Moreover, her strength as an esper has acquitted her worthy to be on the list. Fubuki’s popularity in the community has risen exponentially.

Honorable Mentions from One Punch Man:

Speaking of waifus, we can’t miss this pretty figure from Rent A Girlfriend. Indubitably, Chizuru Mizuhara has been a Waifu for many through her graceful looks. Playing the series’ female lead, Chizuru has an attractive aura towards her.

Nevertheless, Rent A Girlfriend has multiple attractive female characters. However, Chizuru’s strong nature and enigmatic looks have acquired her a place on this list of top 20 anime waifus.

Honorable Mentions from Rent A Girlfriend:

Yup, the Hyuga princess is on the list. With her graceful eyes and appealing looks, Hinata Uzumaki from Naruto is a lovely character. Concluding the anime as one of the strongest characters, Hinata has proven her worth from time to time.

Viewing her character’s growth has been stunning all together. From a shy and unconfident girl to a strong-willed and composed woman, Hinata has left us all in awe.

Justifying love at first sight, Mitsuri’s minor appearance in Demon Slayer was enough. Whether it be her curvaceous figure or enigmatic eyes, Mitsuri Kanroji has attracted many eyes.

Slaying the demons as the Love Hashira, Mitsuri has a unique personality. With her twisted sense of humor, Mitsuri always seems to be an interesting character. Though there were multiple candidates from Demon Slayer, Mitsuri’s minor appearance won over all.

The Devil Child has surely had an impact in the One Piece world. With her Hana Hana no Mi powers, Robin has dazed multiple viewers. Moreover, her beauty is truly remarkable.

Nevertheless, Robin’s composed nature always lets her stand out amongst other characters. Apart from being pretty, Robin has one of the highest IQs in One Piece. Thus, Robin is surely one of the top 20 anime waifus of all time. 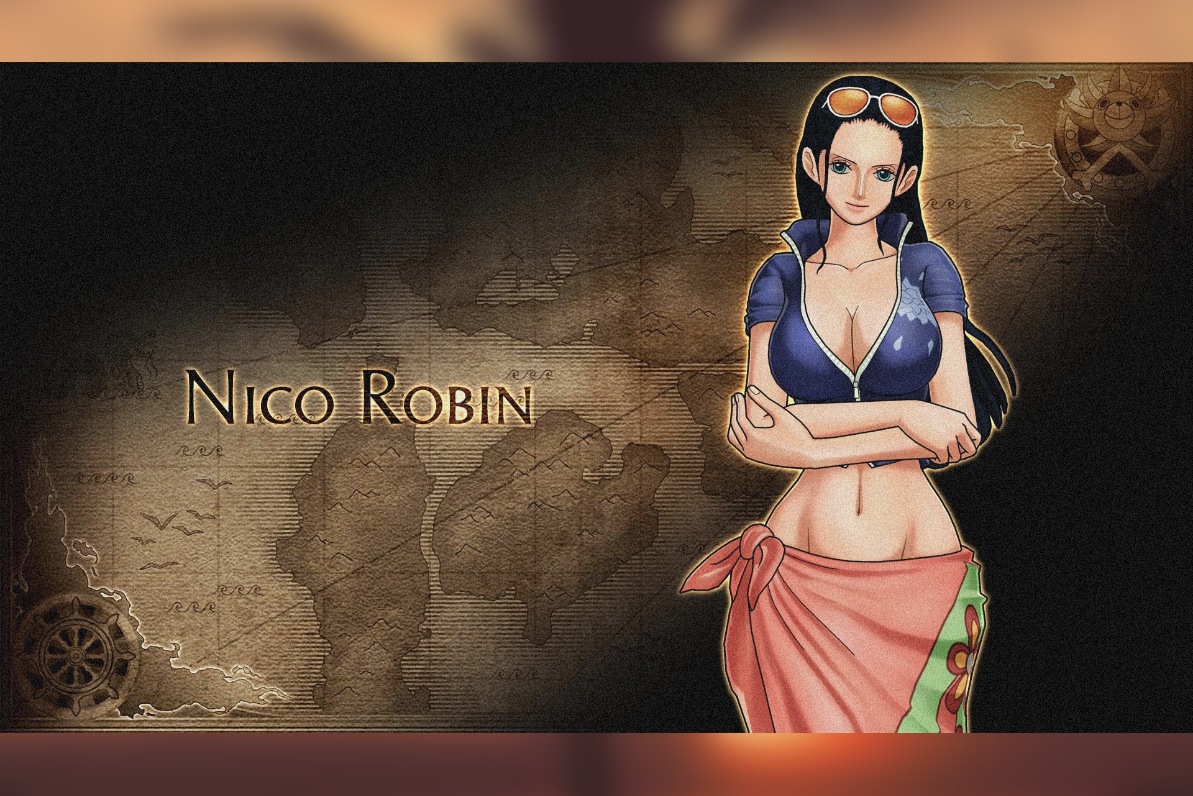 Honorable Mentions from One Piece:

Coming from an anime movie, rather than a series, Shouko Nishimiya has won the hearts of many. Though she couldn’t speak, her actions have attracted multiple viewers towards her. Featuring the lead female role from Koi no Katachi (A Silent Voice), Shouko has a huge fan following. Shoko’s kawaii personality is indeed one to be protected.

Following Shouko, Rias is one of the sexiest characters of all time. With a voluptuous body, Rias Gremory from High School DxD has enchanted multiple viewers.

Not only is Rias a bold and proud character, but she’s also a kind-hearted and compassionate one. Through multiple events, her character development has been awe-inspiring. Hence, a lot of viewers have added her as their waifu.

Looking for a strict Waifu that may dominate you in every aspect. Well, Erza Scarlet from Fairy Tail will be your perfect choice. Beware! She’s a love for many.

Erza is a righteous person and one of the strongest in the franchise. Though she has a bold and strict nature, her warmth towards her comrades has won the hearts of many. Surely, Erza befits the role as a waifu.

Springing in on the list, Miku Nakano from The Quintess Quintuplets has been an enigmatic character. Not only is Miku kawaii but she also has a flair that attracts the audience.

Being the 3rd sister of the Nakano Quintuplets, Miku Nakano has a timid personality. Making errors and escaping from responsibilities is her everyday task.

However, with the current season, Miku’s character development has been substantial. Developing feelings for Uesugi, Miku wants him to accept her. Hence, she’d play every card possible.

Nevertheless, her efforts have only attracted more viewers towards her. Hence, she’s indeed one of the top 20 waifus in anime of all time.

Honorable Mentions from The Quintessential Quintuplets:

Standing as one of the prettiest swordswomen, Asuna Yuuki from Sword Art Online has been iconic throughout the series. Having a movie that solely focuses on the female lead’s journey is an august thing.

Evolving from a weak scaredy cat to a well-respected character, Asuna has come a long way. Her elegant swordsmanship has acquitted her with multiple viewers. Indubitably, Asuna is one of the best waifus around there.

A former soldier who lost her arm during the war. Violet has experienced numerous ups and downs. Moreover, her will to understand human emotions has led her through multiple journeys. With a soft-spoken voice and beauty second to none, Violet has mesmerized the viewers with her looks alone.

Additionally, her action sequences have been breathtaking. Last but not the least, Violet’s character development in the anime has been one of the finest ones in anime history.

Standing at the seventh rank is Saber from Fate/Series. Performing multiple key scenes in the series, Saber has had a huge impact in the anime community.

Regardless of her straightforward personality, fans love how she tackles all the difficulties. Undeniably, Saber has attracted a massive audience towards her.

The audience adored Mai Sakurajima’s role in the 2018 psychological drama series Rascal does not dream of a bunny girl senpai. Not only does Mai has a beautiful face and ideal figure, but her personality is also supreme.

Serving as the series’ female protagonist, Mai has provided some wholesome romantic content. Her tears in episode 4 broke plentiful hearts. Nevertheless, the otakus have loved Mai-san throughout the series.

Honorable Mentions from Rascal Does Not Dream Of A Bunny Girl Senpai:

Following Mai is our beloved human-klaxo Sapien Zero Two. Coming from Darling in The Franxx, Zero Two bedazzled multiple viewers. Having a devilish aura compiled with a kawaii personality, Zero Two won the hearts of many.

Since her childhood, Zero Two was treated unequally and was often termed as a Partner Killer. However, her love for Hiro changed her personality during her childhood. Hence, with a bold warrior-type personality, Zero Two marks her place as one of the top 20 anime waifus of all time.

Honorable Mentions from Darling In The Franxx:

Bakemonogatari’s Hitagi Senjougahara has been an awe-inspiring character. Having a glamorous figure with beautiful eyes, Hitagi has attracted multiple eyes. Hence, she has a diverse fan base who consider her as their waifu.

Apart from being a stunning beauty, Hitagi Senjougahara has mastered sports as well. Though she doesn’t show her abilities in High School, Tsubasa once claimed she was the best in middle school.

Nevertheless, Hitagi is an apple to the eye for many, which makes her befitting for this list.

Standing at 3rd is Rem from Re: Zero. With a polite voice, Rem charmed multiple viewers during the first season of Re: Zero. Her round cute face has always been a delight.

Distrusting Subaru at first, Rem fell in love with him after he saved her. Though Rem didn’t have much screen time in the second season, her popularity didn’t drop. Staying a loyal servant and a loving character, Rem is one of the best waifus out there.

Honorable Mentions from Re: Zero:

Attack on Titan turned the anime world with its debut in 2013. Moreover, the distinguished characters have a massive fan base. Whether it be Sasha Brouse or Pieck Finger, AoT has numerous beloved female characters.

Nevertheless, Mikasa Ackerman has been the most iconic of all the AoT female characters. From slaying Titans to slaying hearts, Mikasa is a perfectionist at both. With a composed mind and prominent skills, Mikasa has been an iconic female character. Hence, the audience loves her and potentially sees her as their waifu.

Honorable Mentions from Attack on Titan:

Finishing off the list is the tsundere character from Steins Gate, Makise Kurisu. Being the smartest one on this list, Kurisu is composed, sensible, serious, and mature. Her conversations with Rintaro are always fun ones to watch.

Regardless of any difficult situation, Makise remains calm and works well under pressure. Nevertheless, her cute side has also been attractive throughout the anime. Hence, Makise Kurisu is in first place on the list of top Anime Waifus of all time.

So, here’s a list of the best anime waifus. However, there were multiple characters that got left behind. Characters from anime like My Hero Academia, FMA, etc., could’ve made the list. Hence, comment down your favorite waifu, and the characters you would’ve loved to see on the list.