Netflix has released a disturbing documentary based on the Ariel Castro kidnappings which took place in the early 2000s. Cleveland Abduction was originally released in 2015 but has been recently added to Netflix. Castro was found hanging in his detention cell at the Correctional Reception Center in Ohio.

The documentary is labelled as the “most disturbing” film ever by viewers. While the documentary contains the story of three women including Michelle Knight who were held captive and raped for 11 years in Castro’s home, there is much more about this criminal mind. Read below.

Who was Ariel Castro? 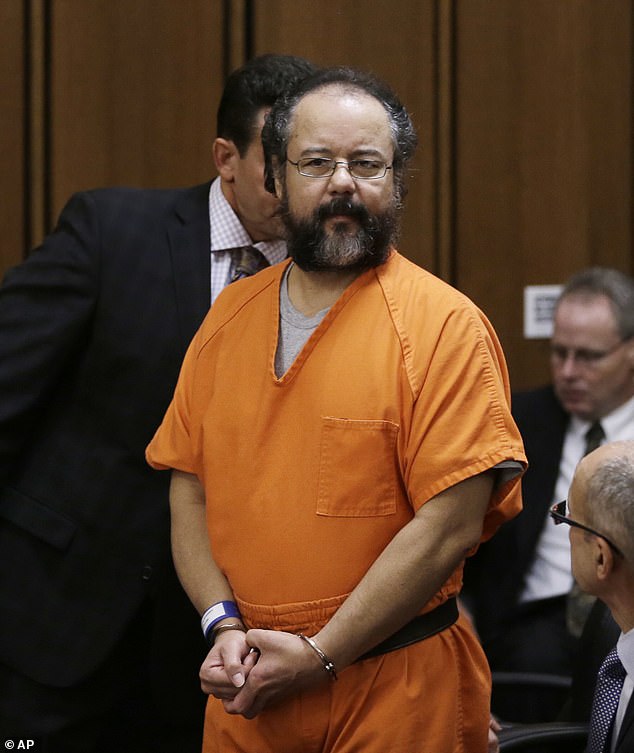 Ariel Castro was born in Duey, Yauco, Puerto Rico. His parents divorced when he was a child. He immigrated to the mainland US with his mother and three siblings. The family settled in Cleveland after leaving Reading. Castro had nine siblings, both full and half. He attended the Lincoln-West High School in 1979.

Now, most criminals might have a traumatic past or a turbulent childhood. What Castro did to women had no reasoning. Castro was habitual in causing harm to women. He met his girlfriend Grimilda Figueroa in the 80s. The two shifted to their own home in Cleveland’s Tremont neighbourhood. 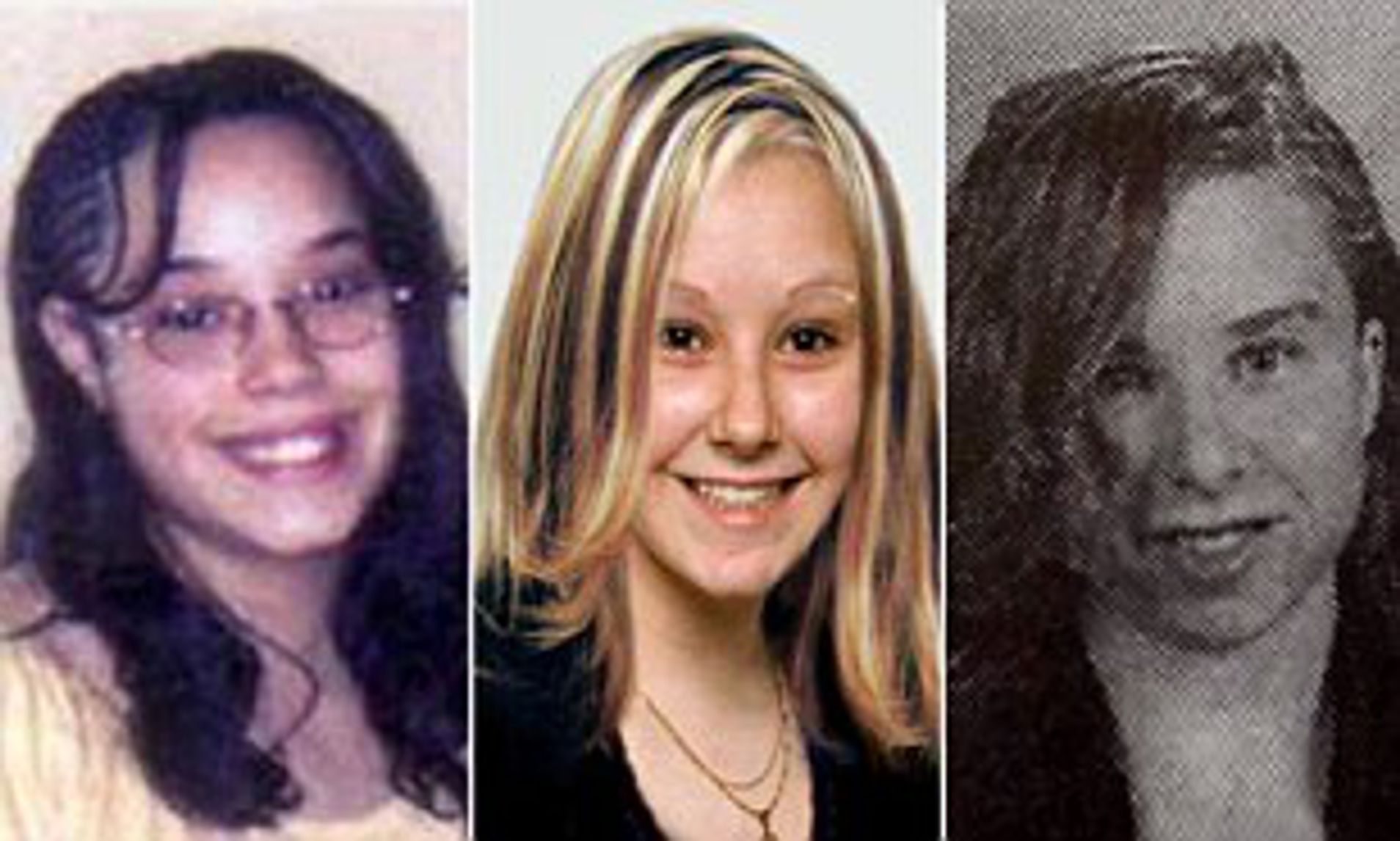 Castro’s house turned into a hub for his sickening acts. All hell started breaking loose when the couple moved into the Cleveland house. Castro frequently beat Figueroa, breaking her nose, ribs and arms. Her sister and brother-in-law claimed that Castro caused a blood clot in her brain that resulted in an inoperable tumor.

Castro even cracked her skull. This resulted in his first arrest in 1993. He was arrested for domestic violence but was not indicted by a grand jury. That’s when the legal system made a mistake and put him on the loose.

Castro went on to become the most heinous criminals who captivated three women for 11 years and brutally raped them. But we’ll get there after what I am about to narrate. After Figueroa moved out in 1996, she secured the custody of her four children.

Police authorities detained Castro but did not press any charges. In 2005, Figueroa filed charges in Cuyahoga County Domestic Relations Court, accusing him of inflicting multiple injuries and abducting their own daughters. The court granted Figueroa a “Temporary restraining order” but even that was dismissed after a few months. She died in 2012 because of a brain tumor caused by Castro.

What did he do for a living?

Except for raping and captivating innocent women, Castro worked as a bus driver for the Cleveland Metropolitan School District. This was before his arrest at the age of 52. He was fired from this job for “bad judgment”. Castro would make illegal U-turns with children on the bus.

He even used the school bus for grocery shopping, leaving a child on the bus while he would go home to take his naps. At the time of his arrest, Castor’s home was in foreclosure for three years of unpaid real estate taxes. He did nothing.

Interestingly, his house was demolished in 2013 after he was handed a life sentence without parole for captivating and raping three women. Knight, who was held captive in the same house, was present and handed yellow balloons to everyone. She said, “they represented missing children.”

Castro kidnapped his victims by offering them a ride, driving each to his home and luring them inside. Later, he would take them into the basement, restrain them and rape them. Not just this, he chained them and force them to live in filthy conditions. Two of his victims were his daughter’s friends. 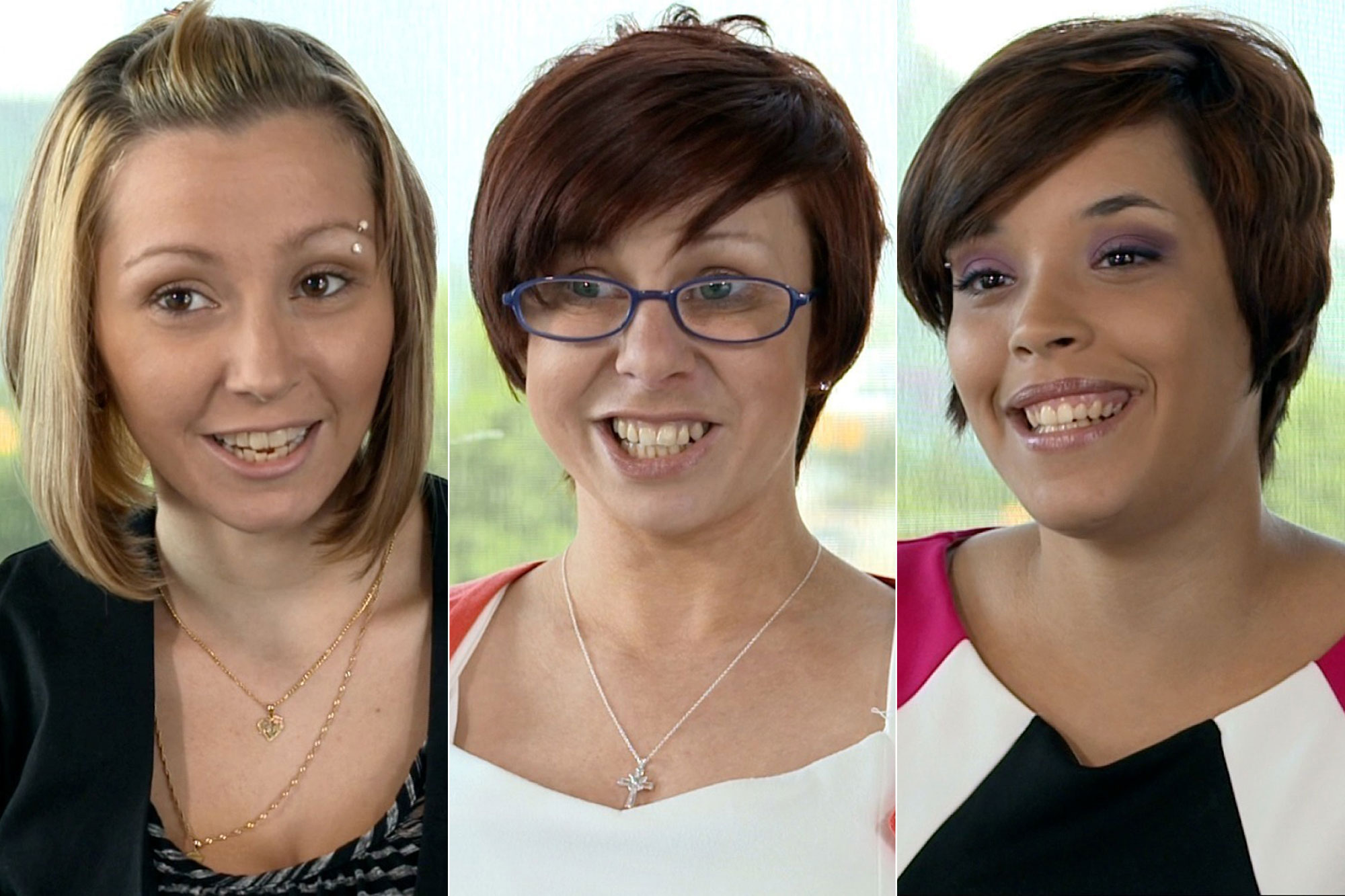 The Kidnapping of Michelle Knight

Castro kidnapped Michelle Knight in 2002 when she left her cousin’s house. She was a friend of his daughter Arlene who lived in a different neighbourhood with her mother. However, Castro invited her under the guise that his daughter was upstairs.

When she went missing, authorities believed that she had run away voluntarily due to anger over losing custody of her child. On the day of the kidnapping, she was set to appear in court for her child’s custody.

Amanda Berry went missing just before her 17th birthday in 2003. She was last heard of calling her sister and informing her about a ride she was getting back after work at “Burger King”. The FBI considered her a runaway when an unidentified male used her phone to call her mother and said “I have Amanda and she is fine.”

Georgina “Gina” Lynn DeJesus went missing in 2004 at the age of 14. She was last seen at a payphone on her way back from her middle school. She was also Castro’s daughter’s friend. Arlena was the last person to have seen her as the two were planning a sleepover.

Castro similarly approached DeJesus as he approached Michelle. She was under an impression that he would drop her off at home. She already knew that he was the father of her friend

Authorities did not issue an AMBER Alert after she disappeared and her abduction went unnoticed. Gina’s angry father said in 2006 that “The Amber Alert should work for any missing child. … Whether it’s an abduction or a runaway, a child needs to be found. We need to change this law.”

Castro held these young girls captive in his Cleveland house. They were forced to live in squalid, filthy conditions. They were chained in their locked rooms, barely fed and were given buckets to use as a bathroom.

After release, Knight told police that Castro impregnated her at least five times and induced miscarriages each time while beating her with dumbbells, punching and slamming her against walls. Knight also has a pet dog, which Castro killed by snapping its neck as the dog was trying to protect Knight.

Not just this, Ariel Castro impregnated Amanda Berry who was the second person he abducted in 2003. She gave birth to he daughter, Jocelyn while she was still imprisoned. Knight was threatened to assist with the pregnancy.  In an interview with Good Morning America, Amanda revealed that he never laid a hand on their daughter.

When and How was Ariel Castro Arrested? 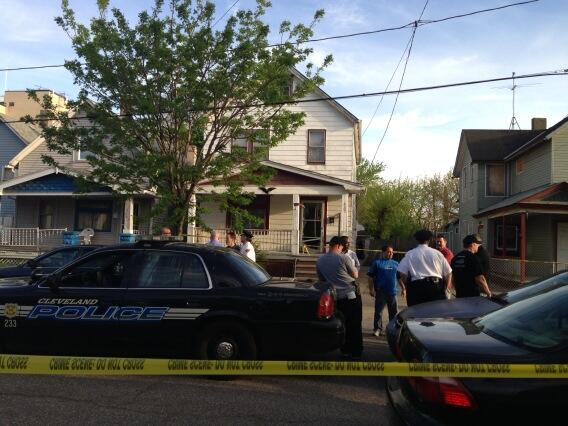 A big question in these kidnappings is what were the authorities doing while these girls were getting disappeared in bright daylight? They kept sleeping on the alarming situation. Moreover, Castro’s neighbours claim about informing about suspicious activities at his home but the police denied any such calls.

These disappearances gained regular media attention in 2012 while the families attended public vigils. Shockingly, Castro was present in two of these vigils and tried getting close to DeJesus’s family. Ironically, Castro’s son Anthony, a student journalist, wrote an article about the missing family friend after her disappearance.

Berry and DeJesus were profiled on The Oprah Winfrey Show and The Montel Williams Show. On May 6, 2013, Berry was finally able to make contact with Castro’s neighbours, leading to her escape with her 6-year-old daughter and the rescue of DeJesus and Knight by authorities. Castro was arrested on May 6, 2013, the day when the girls were rescued. 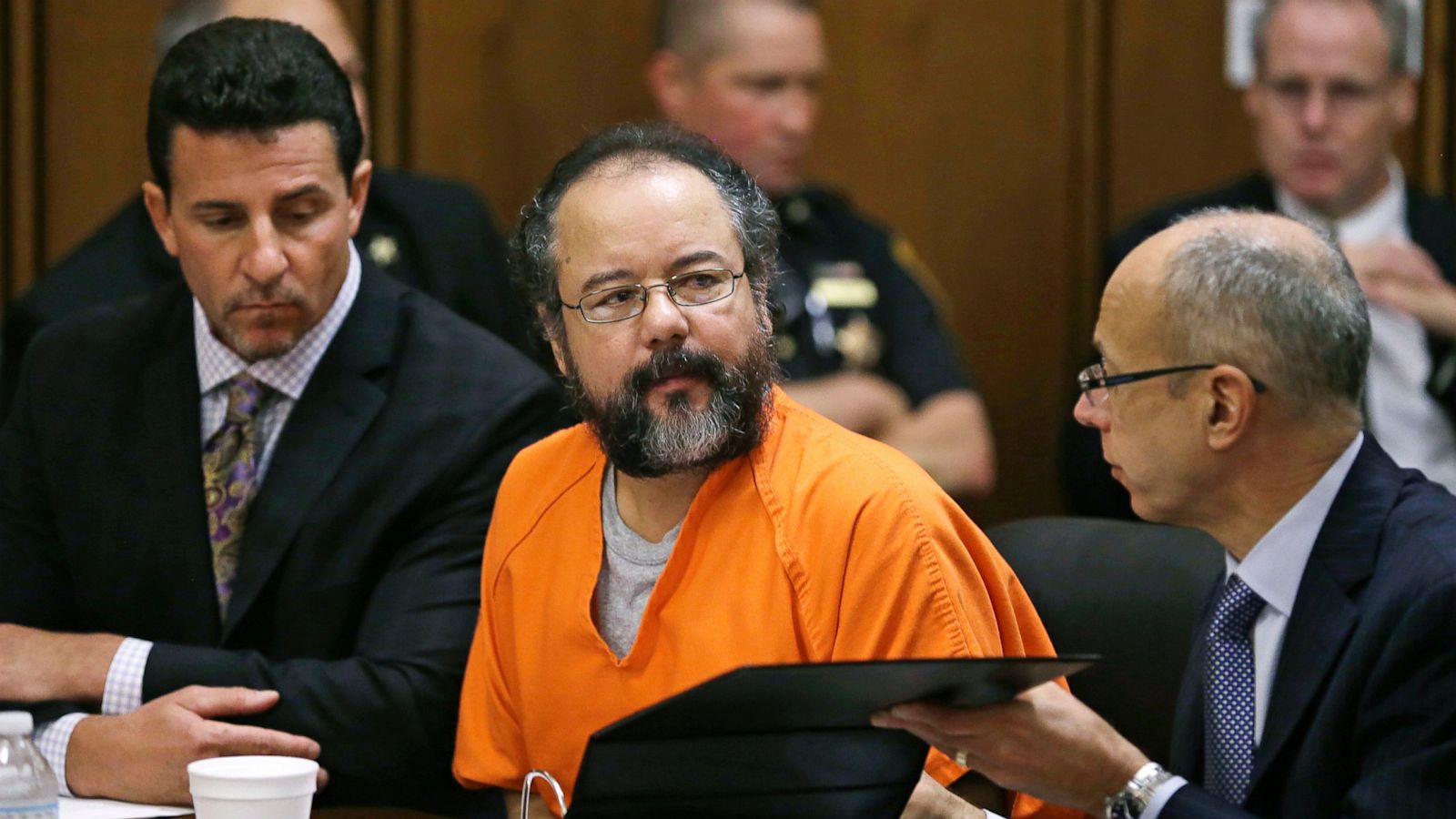 He was charged with four counts of kidnapping and three counts of rape on May 8, 2022, which carry prison sentences of ten years to life in Ohio. A delusional Castro initially pleaded not guilty and said in the courtroom:

“Most of the sex that went on in that house, probably all of it, was consensual. These allegations about being forceful on them — that is totally wrong.”

Because there were times when they’d even ask me for sex — many times. And I learned that these girls were not virgins. From their testimony to me, they had multiple partners before me, all three of them.”

Castro was sentenced to life plus 1,000 years in prison on August 1, 2013. However, he committed suicide on September 13, 2013, just a month after his arrest. He was found hanging in his prison cell. During his verdict, Knight told Castro:

“You took eleven years of my life away. I spent eleven years in hell; now your hell is just beginning. I will overcome all that has happened, but you will face hell for eternity. I will live on, you will die a little every day as you think of the eleven years of atrocities that you inflicted on us …

She concluded by saying, I can forgive you, but I will never forget.” To me, Castro is one of the most delusional and psychopathic criminals who may have been a threat to his own daughter. What do you think?