The Japanese anime community is well-loved around the world. Since the anime represents Japanese characters, there are only a few characters of other races. One of which is Black Characters. However, there are some anime that have produced iconic black characters which the fans admire.

While some anime have creatively added black characters, some have gone through a stereotypical way. Hence, the anime community has also faced backlash regarding such characters. Fortunately, such distinction is only seen in the earlier anime. Alternatively, the dark-skinned characters of the present generation anime are both vibrant and praise-worthy. Evidently, here’s a list of the most awe-inspiring dark-skinned characters in anime.

Since the list comprises 20 such characters in anime, some beloved ones may not make the list. Moreover, we have chosen characters from a variety of anime. Consequently, the characters cannot be compared in terms of strength. For this reason, the characters on the list aren’t on a ranking basis. However, the key factor on the list is how iconic they’ve been throughout the community.

Lastly, there is a difference between a black character and a tanned one. Thus, iconic characters like Aomine Daiki from Kuroko no Basuke won’t be making the cut. Indubitably, you may find our list contradicting your point of view. Of course, you are free to comment on your ideologies or any character we might’ve missed. 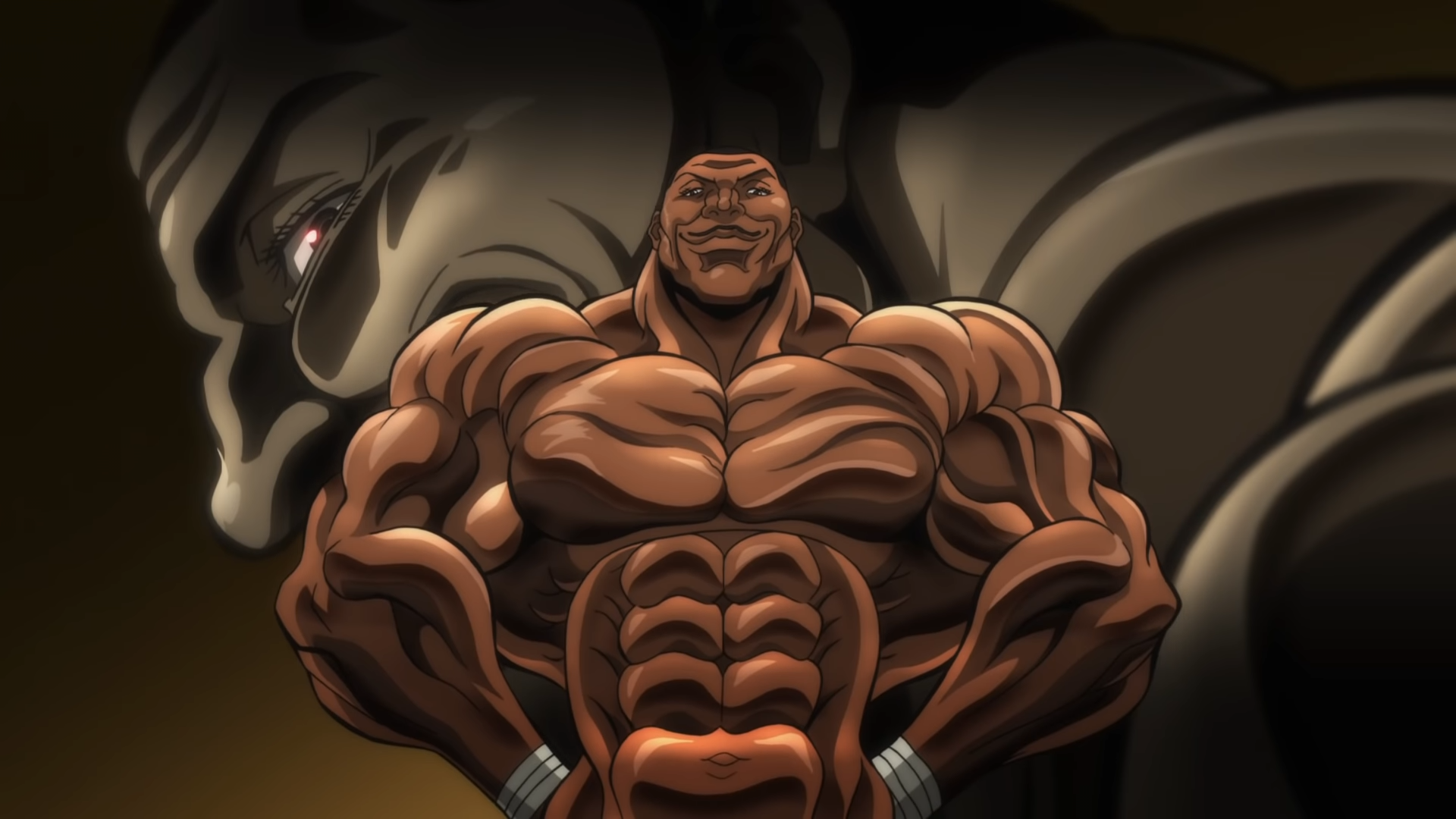 Nevertheless, Oliva portrayed great strength during his last fight against the protagonist of the series. However, Oliva couldn’t win. Regardless, his unique persona always left a mark in the hearts of his opponents, which makes him an iconic black character.

Following Biscuit Oliva’s strength is a character with substantial stamina and considerable jumping skills. Being one of the top 3 spikers in Japan, the fans have loved Aran’s charisma. Due to his extraordinary skills, the Inarizaki High volleyball team achieved great feats. Though he couldn’t win against Karasuno, Aran booked a place in the Japanese Olympic team of 2020. Evidently, Aran is an iconic dark-skinned character with multiple achievements under his name. 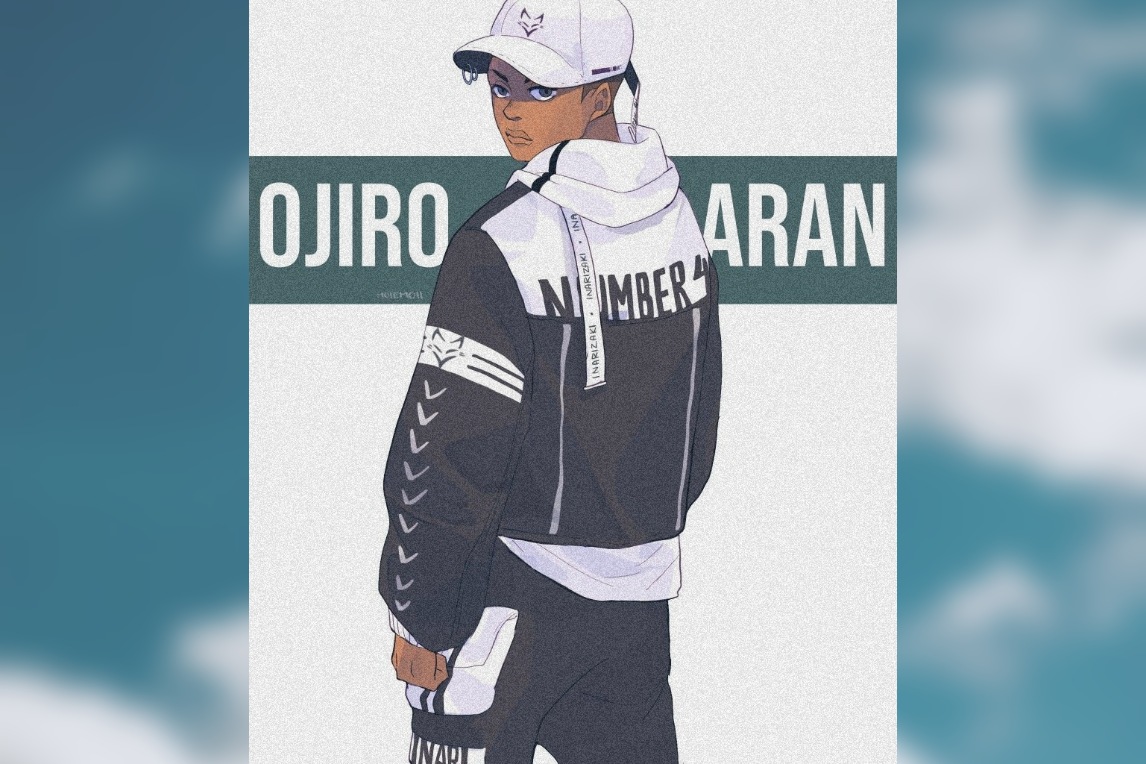 Boxing is an extreme sport that requires all the fields of human strength. Undoubtedly, one has to be both strong and durable with great stamina. Furthermore, fighting opponents with metallic gear is strenuous. However, Joe from Megalo Box fought boxers without gearing himself.

Not only did Joe inspire multiple boxing fans, but he also achieved great heights during his run. Previously known as Junk Dog, the Nomad boxer won the finals against Yuri. In spite of living an easy life, Joe left Megalonia in search of adventures. Hence, his unrealistic fighting skills and willpower place him on this list.

Undeniably, Avatar has been an archetypical anime in itself. Seeing Aang grow during his adventures has always been entertaining. At the same time, Katara’s growth in the anime has also been worth praise. Starting off as a regular water bender, Katara didn’t know what lies ahead of her. Learning skills like water dragons and blood-bending, Katara finished off the series with a sweet smile. Her strong-willed character has inspired a generation to be like her. Indubitably, Katara is a worthy character to be on this list.

Apart from great strength, some characters are epochal through the support they provide. Though there have been many obligations to Mr. Popo’s stereotypical design, the fandom loves him as any other character. His joyful nature has always attracted the audience towards him. Undoubtedly, Mr. Popo is an iconic black character in Dragon Ball Z. 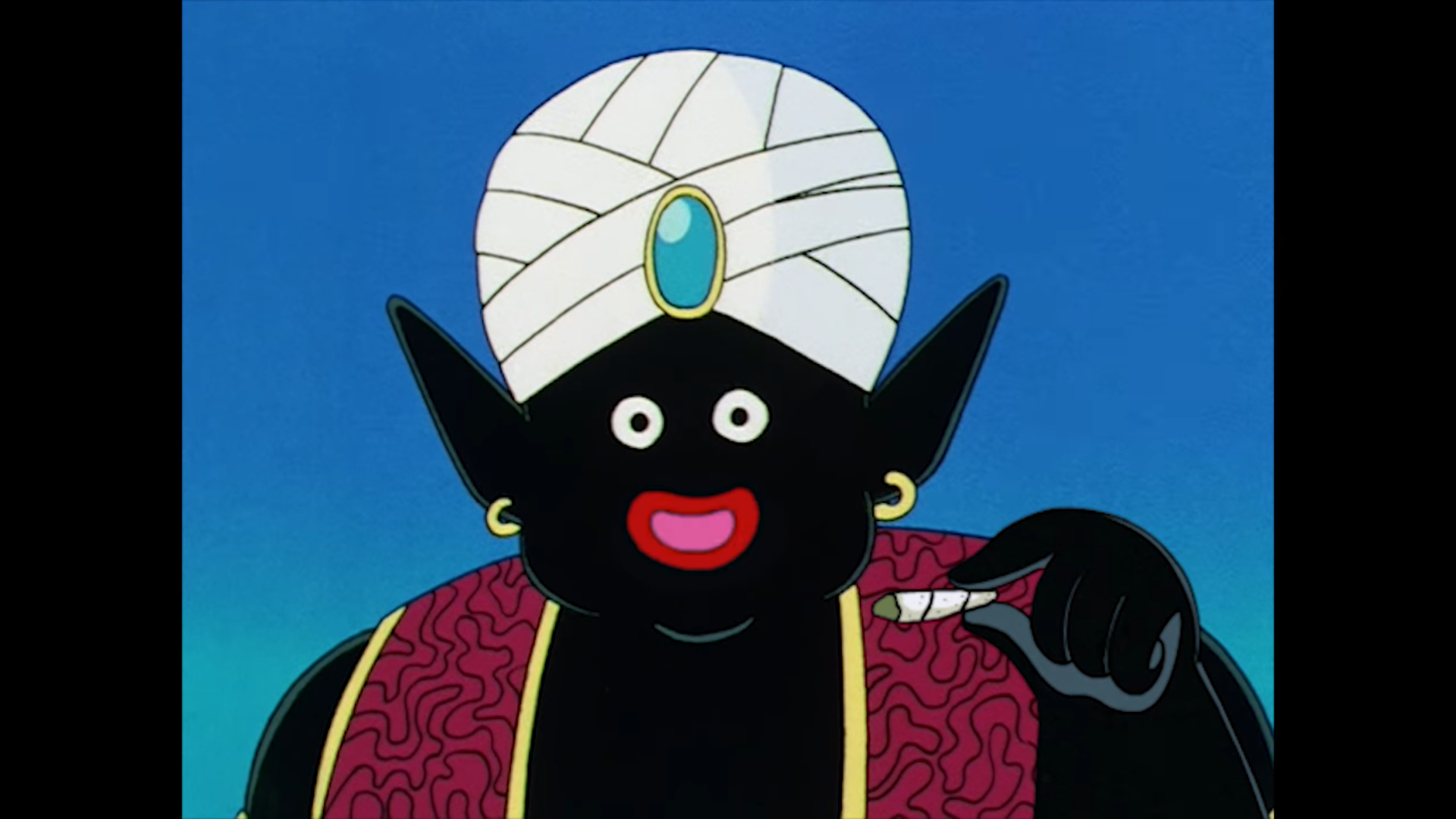 The list wouldn’t be complete without this character. Since the anime debuted in 1998, the audience has appreciated all the characters in it. Moreover, Jet Black has been iconic throughout the series. Whether it be controlling the starship or getting into a gunfight, Jet Black has always been there for his ally Spike Spiegel. Moreover, fans loved how the duo assisted each other through tough times. Hence, Jet has a righteous place on the list. 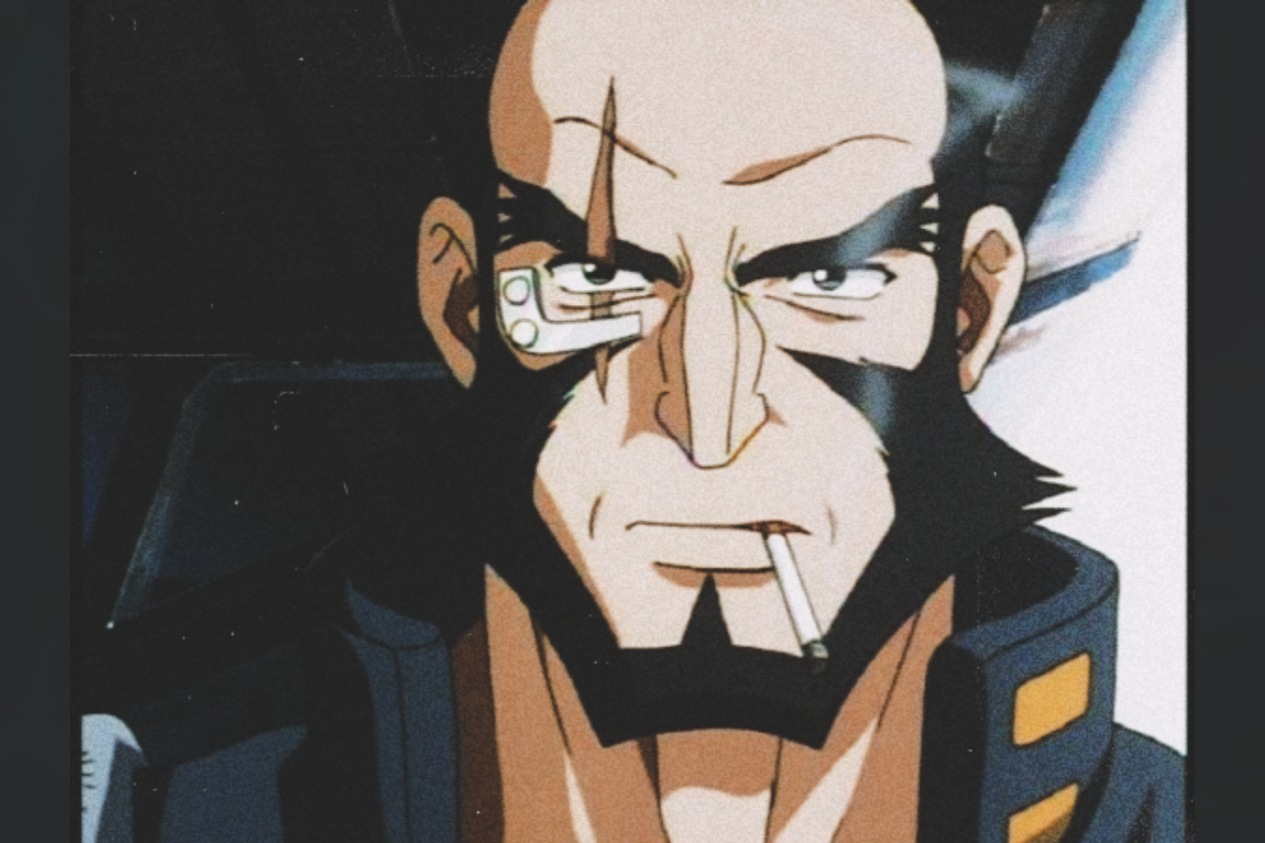 Canary is a supporting character in the Hunter x Hunter series. Though she’s young, she has a composed mind. Moreover, Cannery has solely taken down a Black list hunter along with his men. Apart from being a ruthless guardian of the Zoldyck family, Canary’s eyes are filled with gentleness and concern. However, we haven’t seen her true potential in the anime.

The iconic dark-skinned character from Fullmetal Alchemist has acquired a huge fan following. Hating the corrupt government, Scar has performed multiple judgments by himself. Creating terror in the hearts of State Alchemists, Scar has been a vicious character throughout the series. However, his reason for conducting such crimes was reasonable.

Nevertheless, the powerful and vicious scar has been a praiseworthy character for his skills alone. Hence, he’s booked a place on this list.

12.) The Kumogakure Characters from Naruto

While some anime comprise a handful of black characters, Naruto has a whole village of dark-skinned characters. Moreover, some residents of the village have been great throughout the series. Whether it be Killer B, Darui, or the Raikages, the dark-toned characters have always proved their potential. From being one of the fastest warriors to a unique Jinchüriki, the hidden cloud residents have certainly attracted viewers to the show. Hence, characters like A, Killer B, and Darui have earned a place on this list. 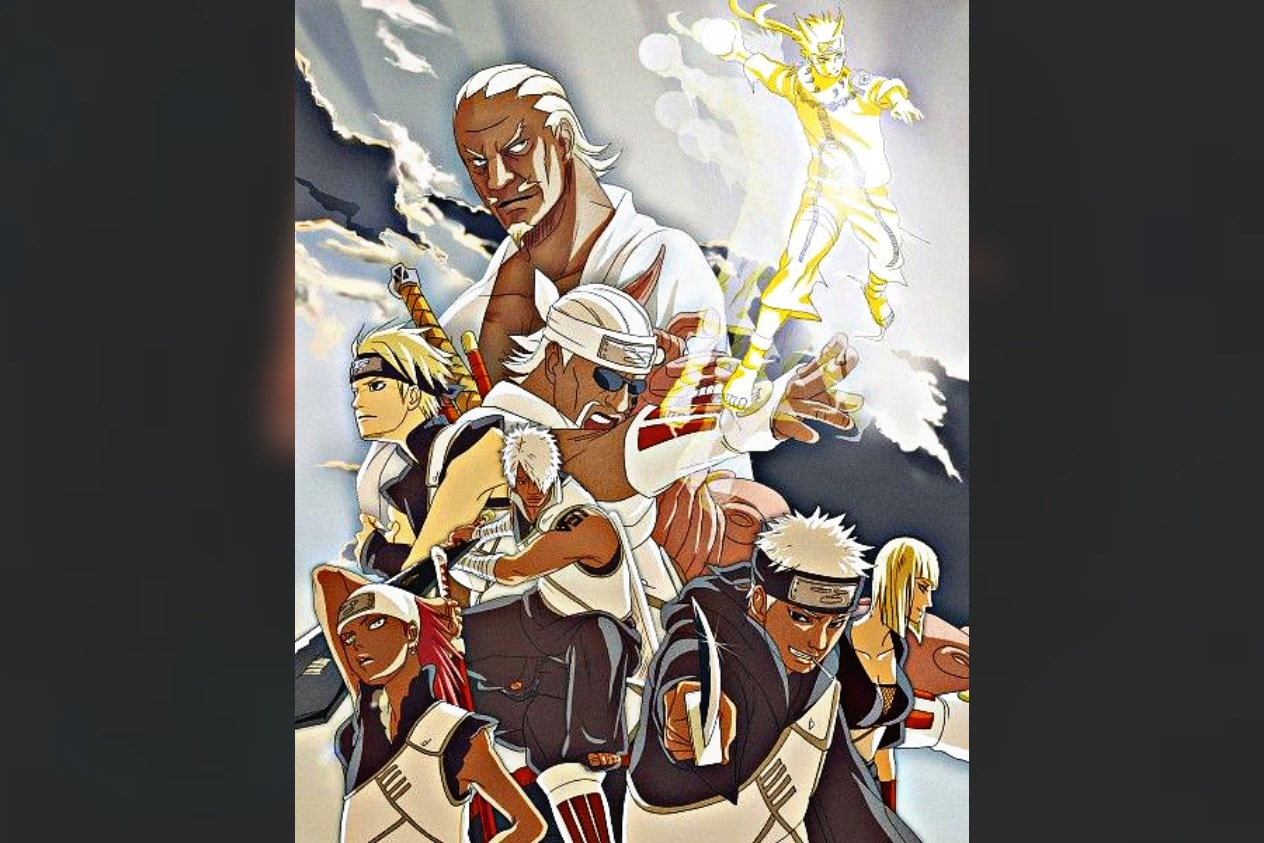 Pokemon itself has been an exemplary show. Comprising a diverse storyline, the show has attracted numerous viewers. The 14th season of the show, i.e., Pokemon Black and White featured a dark-skinned character as Ash’s new companion. Journeying across the Unova region, Iris aspired to become the greatest Dragon master. Evidently, Pokemon Journeys informed the viewers that Iris has become the Pokemon Master of the Unova Region. Hence, the teenage Pokemon Master is on the list of iconic black anime characters. 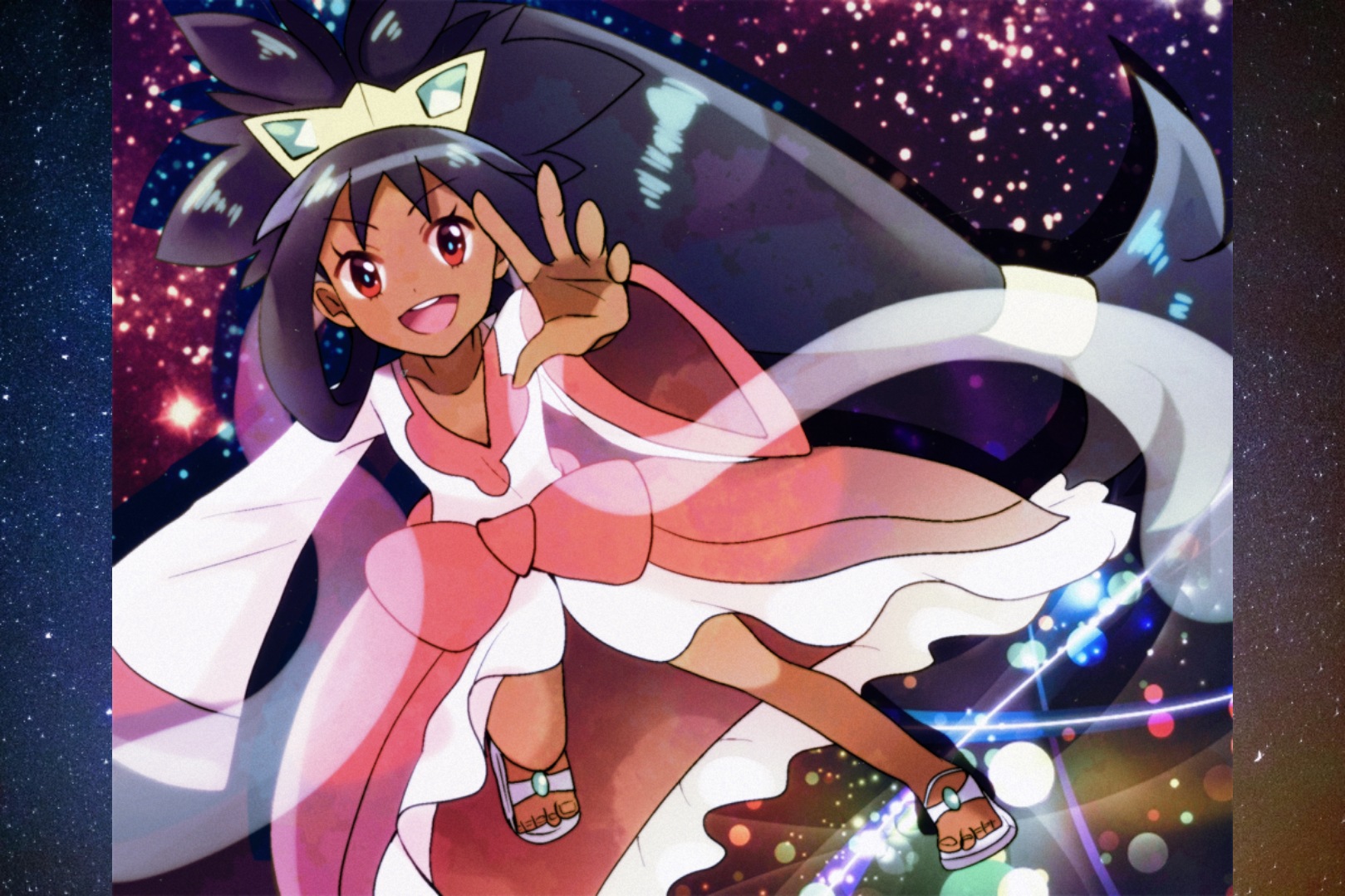 10.) Carole Stanley from Carole and Tuesday

It’s unlikely for an anime to feature a black character. Having a black lead has also been unusual in anime. However, Carole Stanley has an amazing persona. Staying as a nice, welcoming, and patient person, Carole has attracted multiple fans towards her. Moreover, she’s an orphan who does numerous part-time jobs. Carole aspires to be a musician. Hence, her progressing career in anime is worth a watch. Seeing an iconic musician on her journey is worth a watch.

Being among the top students of his class, Kilik’s personality is classy and elegant. Though he remains silent most of the time, his power levels are off the charts. Producing Fire and Thunder, Kilik is one of the coldest anime characters. Fans love seeing him in action. Hence, he certainly takes a place on this list.

08.) Huey And Riley Freeman from The Boondocks

The Boondocks has been an exemplary show. Providing a unique storyline, the anime has attained several fans. Huey and Riley Freeman have been iconic brother duo throughout the series. Though the duo quarrels and shit talks, they always have each other’s back. Hence, their bond has added them to this list.

At no. 7 is one of the most iconic characters in JoJo’s Bizarre Adventures. Muhammad Avdol is a righteous and responsible person. Moreover, he’s a loyal ally to the protagonist. Sharing knowledge about other Stand Users, Avdol has helped Joseph Joestar a lot. Fighting with his fire manipulation Stand, Avdol has been a key figure in Stardust Crusaders.

Consisting of multiple badass black characters, Bleach is one of the best Shonen anime. Whether it be Kaname Tosen or Love Aikawa, Bleach has always entertained the fandom through its characters. Yoruichi Shihōin is the former captain of the Second Division of Gotei 13. Moreover, she has also acted as the Commander-in-Chief of the Onmitsukidō. The Flash Goddess Yoruichi has mastered skills in both Hakuda and Hoho.

While talking about iconic black characters, we can’t forget the Caprese Boy from Neo Yokio. Kaz is a magistrate and one of the main characters of Neo Yokio. Apart from his extensive magical skills, Kaz is also an elegant man. Though he’s polite, Kaz could say something directly, which may hurt someone’s feelings. However, his charming and attractive personality has booked him a place on this list. 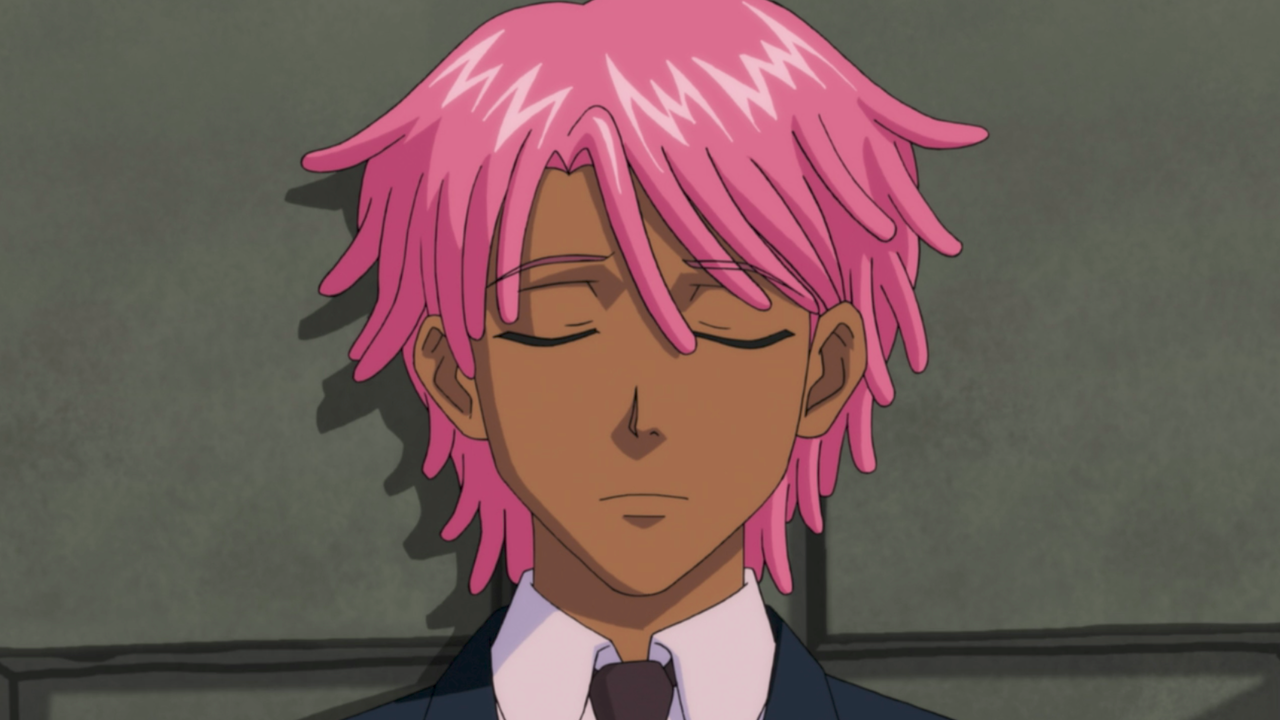 04.) Aokiji or Kuzan from One Piece

Indubitably, Aokiji is a wondrous and powerful character from the One Piece universe. Having the powers of Hie Hie no Mi, Aokiji has achieved great feats in the anime. Once a Warlord, Aokiji is now a member of the Blackbeard Pirates. However, he’s capable of fighting against the Fleet Admiral Akainu on equal footing. Hence, as a powerful and composed person, Aokiji is one of the most iconic characters in anime history.

Originating from South America, Bob Makihara is a key figure from Tenjou Tenge. With well-built muscles, Bob is an athletic fighter. Starting off the anime as one of the main characters, Bob faces multiple challenges. Entering the Toudou Academy, Bob and Souichi Nagi wanted to be the strongest in their school. However, the school is already filled with crazy martial artists. Hence, the duo sets on an adventure to be the strongest. 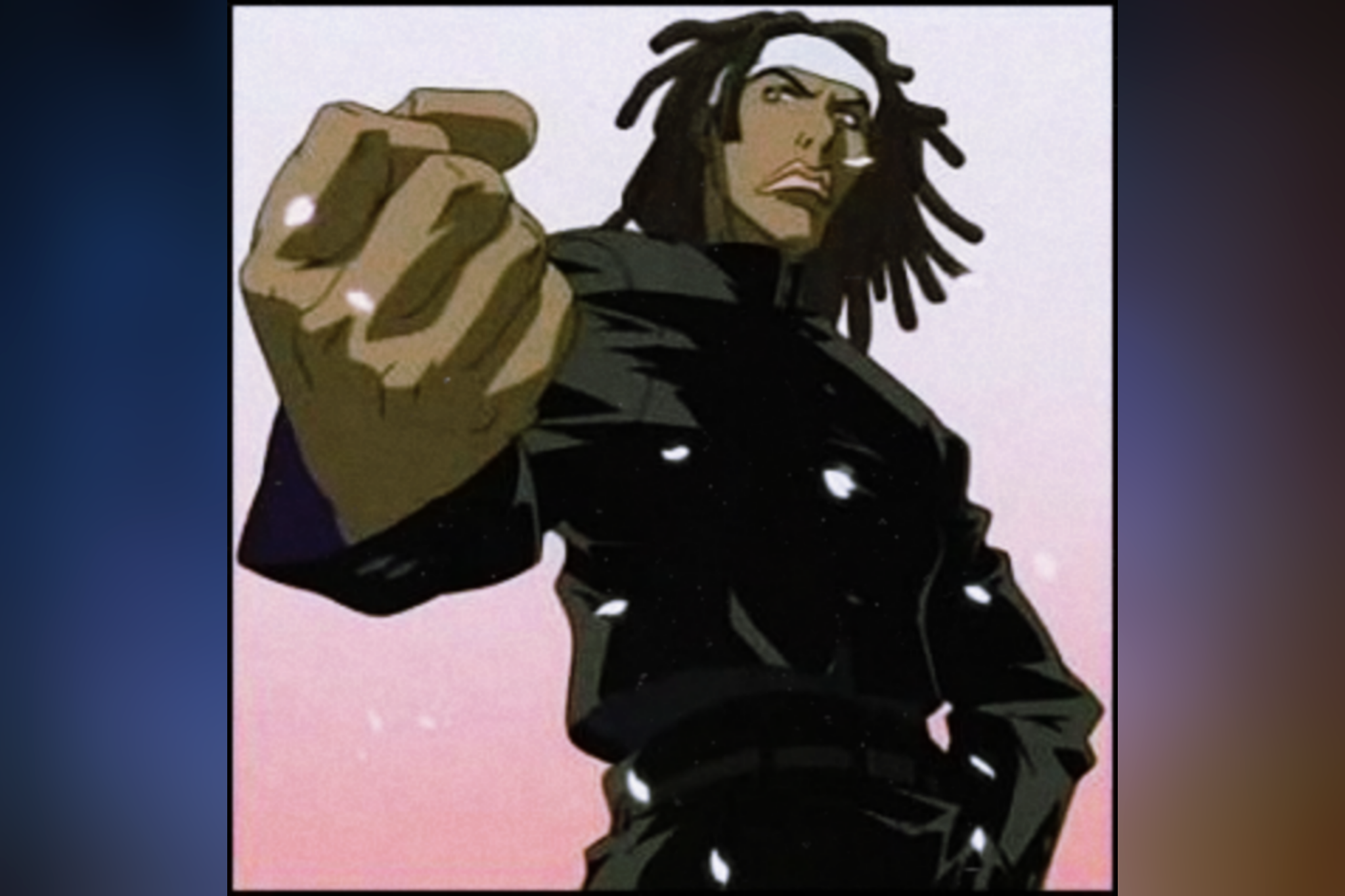 02.) Michiko Malandro and Atsuko Jackson from Michiko To Hatchin

The rat-chase attracted multiple viewers during its run in 2009. Coming from the same background the duo had astonishing chemistry. On the one hand, Michiko becomes a convict and ends up in prison. On the other hand, Atsuko becomes a policewoman. Their story provides great entertainment. Lastly, Atsuko successfully catches Atsuko who ends up back in prison.

Finishing off the list one of the greatest protagonists of all time. Swearing to avenge his father, Afro has had a long journey. While he maintains a calm outer appearance, a storm brews inside him. Afro has been one of the best swordsmen in anime history. At the same time, his cold-blooded nature has attracted fans towards him. Undoubtedly, Afro is one of the most iconic black characters in anime.

So, here’s a list of the most iconic black characters in anime. Tell us in the comments which other character you wished to see on the list.