Wolf Van Halen and his longtime girlfriend Andraia Allsop are engaged! The son of guitarist Eddie Van Halen revealed the piece of happy news on the social networking service Instagram.

The American musician has been in a relationship with Andraia for nearly six years, so it seems like he thought it was the perfect time to put a ring on his girlfriend’s finger. Read on to see pictures from their engagement day. On Wednesday, Wolfgang William Van Halen took to his Instagram to announce the amazing news of his engagement to his ladylove Andraia Allsop with his fans all over the world.

“She said yes!! ❤️❤️❤️,” he wrote alongside a stunning picture of the happy couple. We must say these two look happy in love. 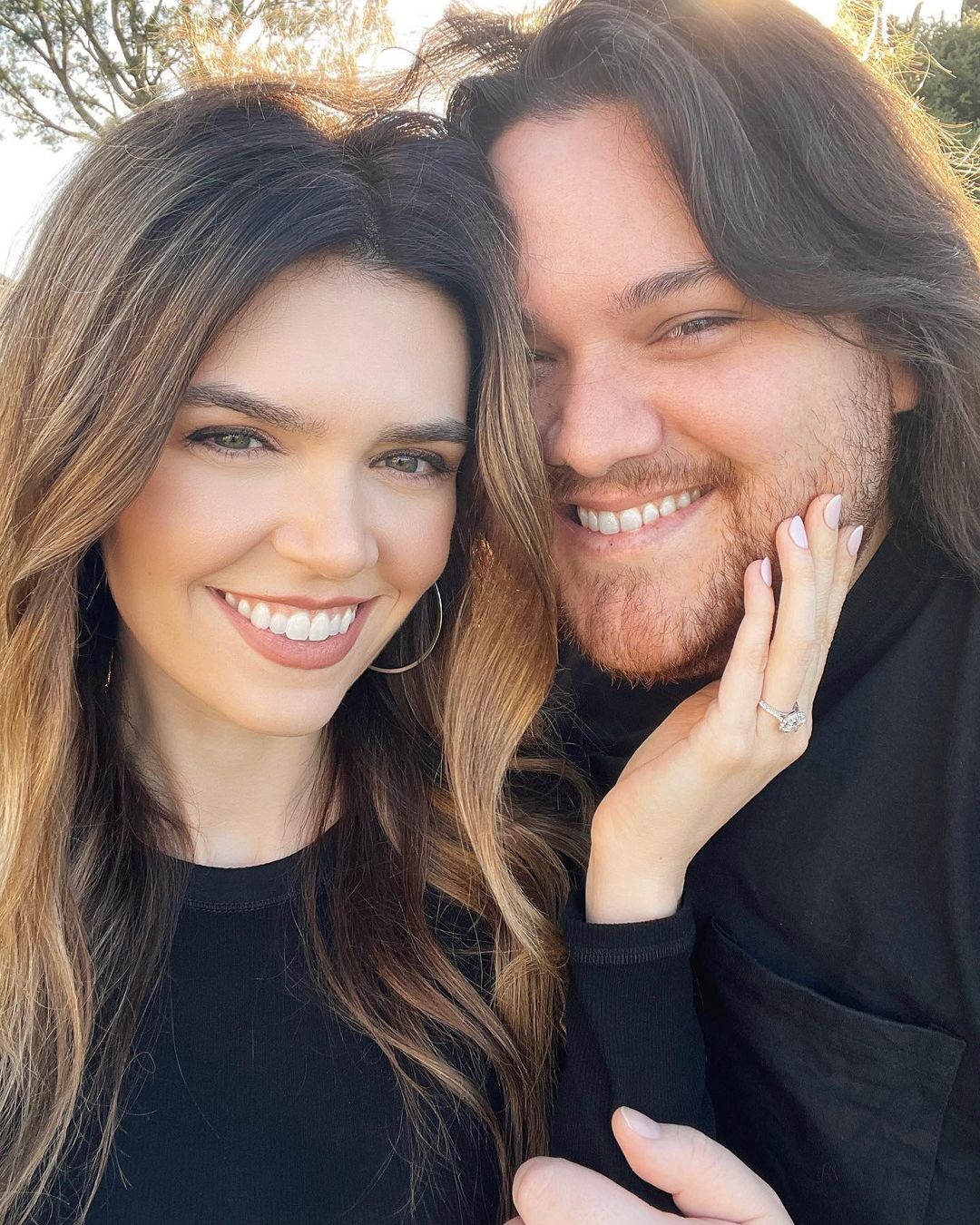 In the photo shared by Wolf, we can see the Allsop all cuddled up to her now-fiancé Halen while flaunting her sparkling new ring. The snap pictured shows Andraia holding her beau’s face with a big smile on her face. Halen also smiled sweetly for the cameras.

As soon as the Wolf announced the news of the pair’s engagement on the social media platform Instagram, many fans and friends of the couple stopped by the comments section of their post to congratulate them.

Wolf’s mom, Valerie Bertinelli couldn’t contain her excitement and she congratulated the couple by writing, “How do I ❤️ this a million times? So happy!!!!!!!🤍🤍🤍🤍🤍🤍🤍🤍🤍” meanwhile Volbeat guitarist Rob Caggiano commented, “@wolfvanhalen Congrats!! ⚡️❤️🎉” The reality show host Adrianna Costa commented, “Gorgeous!!! So exciting. BIG HUGE CONGRATS!!” Hail to the King singer Mike Portnoy wrote, “Congrats @wolfvanhalen 👏 All the best to you bro!!” Bassist Ronnie Ficarro penned, “Yay!! I’m so happy for you both, Brother! Y’all are so good together!!! 💯❤️🎉🎉🤘”

Wolf and Andraia have kept their romance under the wraps

When we talk about the relationship of these two lovebirds, they have pretty much-kept things private. The 31-year-old musician and his software engineer girlfriend did make a rare appearance at the Grammys 2022 that took place in April.

Sadly, Andraia couldn’t see Halen walk on the stage after he lost to the Foo Fighters for Best Rock Song. At the time, he took to his Instagram to share a picture of himself and Allsop. “We came, we saw, but we did NOT conquer and that’s ok! I got to have a wonderful night with the two most important women in my world. Pop didn’t win the first time he was nominated too, so it looks like I’m following in his footsteps quite nicely,” Wolf wrote alongside the snap.

We send our heartiest congrats to Wolf Van Halen and his now-fiancée Andraia Allsop as they are engaged. Sending lots of love and light to the gorgeous couple. Don’t forget to stay tuned with us for the latest updates from the world of showbiz.