Who is Victoria Prince? Everything About Kevin Federline’s Wife

Kevin Federline has been a household name since the time he got romantically linked to the rock star Britney Spears. The pair tied the knot in 2004 and ended up parting ways in 2007. The former couple shares two sons, Sean Preston Federline and Jayden James Federline.

After his divorce from the Gimme More singer, Kevin moved on in his life and he went on to marry Victoria Prince. Continue reading further to catch deep insights into the personal and professional life of Kevin’s wife Victoria Prince. Victoria Prince was born on December 2, 1982, in Richland, Washington. She is most noted for her volleyball career. As per People, soon after completing high school, she played collegially at Washington State University but ultimately enrolled at the University of Hawaii at Manoa.

The 39-year-old earned a bachelor’s of arts degree in speech from the University of Manoa. Over the years, her skills have garnered the attention of the audience and they have been very well-documented. In the past, Victoria has also competed against Olympians Misty May-Treanor and Kerri Walsh. Apart from her volleyball career, she is well-known as a special education teacher.

The fairytale romance of Victoria and Kevin began at a small-town bowling league. According to People magazine, the two of them met in a bowling league back in the year 2008.

At that point, a source told the media outlet, that Federline “always pays” after their games and that they are “definitely a couple.” The source further added, “I have seen them kiss, but they both seem focused on the bowling.” Soon afterward, the two of them were spotted out and about in public on various dates. After that, Victoria and Kevin were snapped together at bowling leagues, grabbing drinks from Starbucks, and partying at nightclubs in Las Vegas. Kevin and Victoria Prince got married in the year 2013.

How many kids do Kevin and Victoria have?

Federline and Victoria are doting parents to two kids, both daughters. Victoria gave birth to her and Kevin’s first child, daughter Jordan Kay on August 15, 2011. The couple’s first daughter is 10 years old now. 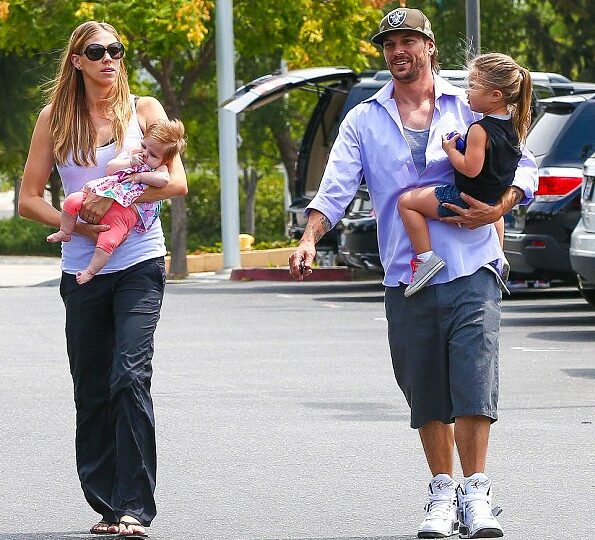 Along with Jordan and Peyton, the former backup dancer also shares two sons with Britney Spears- Jayden James, and Sean Preston. Not only this, but Federline also has a daughter, Kori, and a son Kaleb, with his ex-girlfriend Shar Jackson. All in all, Kevin Federline is a proud dad of six kids.

What are your thoughts on the whirlwind romance of Kevin Federline and Victoria Prince? Kindly let us know in the comments section below. Don’t forget to stay tuned with us for the latest updates from the world of showbiz.