Tristan Tate is the younger brother of Andrew Tate, who is a professional kickboxer turned internet personality. Andrew is infamous for his misogynistic views. At the moment, he lives in Romania with his multiple wives.

Not long ago, Andrew Tate appeared on several podcasts and talk shows on the internet to spill the beans on his lifestyle. His recent livestream with Adin Ross went viral for all the wrong reasons. 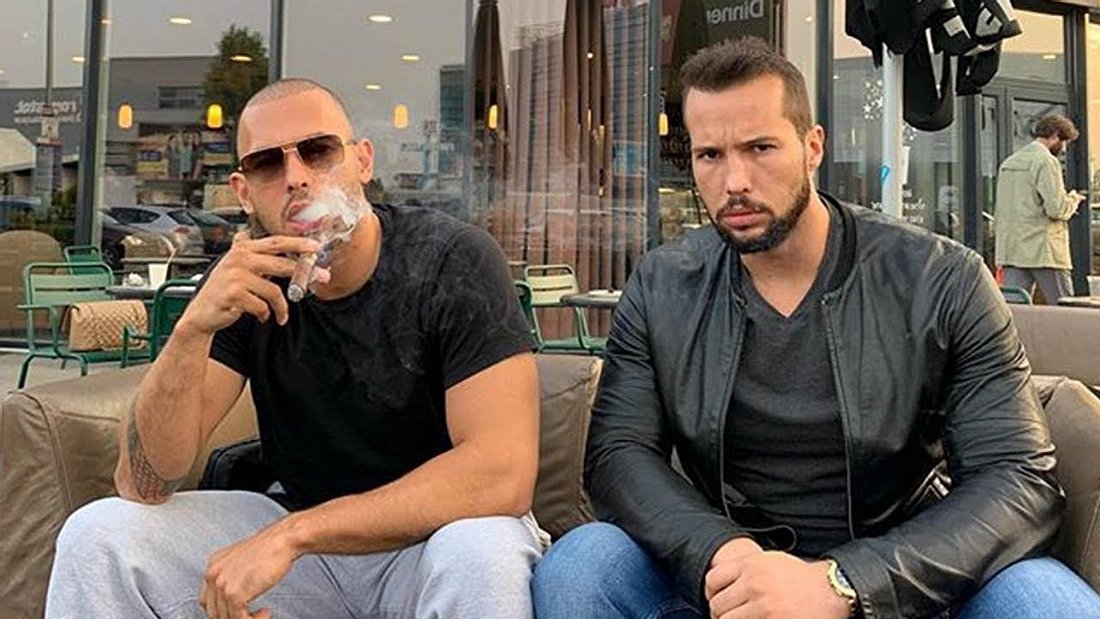 Tristan has a lot of similarities to his brother Andrew. Like, the Tate Brothers both have professional kickboxing careers. They both have been a part of reality shows in the past. The duo owns a couple of luxurious cars and swanky houses in Romania.

Tristan and his elder brother Andrew share a close bond. In the past, Andrew has stated that he and his brother Tristan do everything together. The British-American brothers live together, train together, work together and they even share a bank account. Continue reading further to catch deep insights into the life of Andrew Tate’s younger brother, Tristan Tate.

What does Tristan Tate do for a living?

Tristan, also known as Talisman was born on July 15, 1988, in the United Kingdom. His African-American father, Emory Tate, was a chess International Master. On the other hand, when we talk about his mother, she worked as a catering assistant. He was brought up in Luton, England along with his elder brother Andrew and younger sister Janine.

Tristan has followed in the footsteps of his elder brother Andrew, he decided to pursue a career in kickboxing. He is a professional kickboxer, businessman, and commentator by profession. Back in the day, he also worked as a commentator for Boxnation as well as Eurosport televised events. 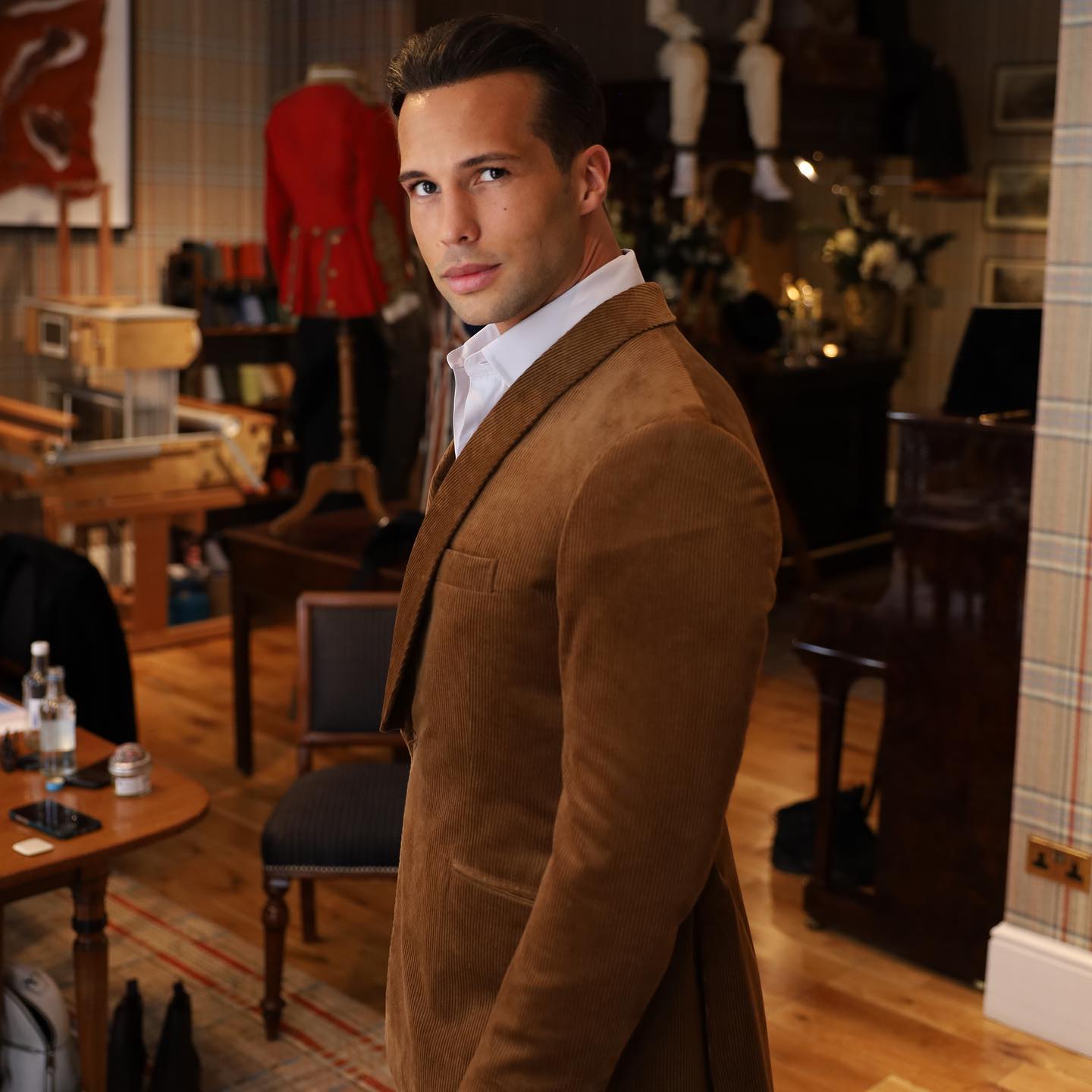 Tate was a participant in the reality TV program Shipwrecked: The Island Season 4 in the year 2011. The Channel 4 show also featured British celebrity star Stephen Bear, who went on to feature on shows like Celebrity Big Brother.

Tristan is the quieter one out of the Tate brothers which is why he isn’t much in the spotlight like his elder brother Andrew who is in the news all the time. To date, he has not been linked against boxing stars like Logan Paul and Jake Paul. Although, when he is seen on podcasts or reality shows, he is very similar to his brother ‘Cobra.’

Both Andrew and Tristan have a good fan following on various social media platforms like Instagram, Twitter, and many more. The two of them are considered appealing guests to have on the podcast shows due to their controversial statements and unfiltered viewpoints on things and obviously, the viewing figures that they draw in.

While making an appearance on the Playing With Fire podcast, Tristan opened up and spilled the beans on his relationship with his brother Andrew. At that point, he told the hosts of the show, “We agree on everything, our interests and the way we live are ever so slightly different, of course, there’s nothing we disagree on.” It seems like these two brothers don’t take a single decision without consulting each other.

Tristan and his brother Andrew also run a webcamming business together called Webcam Studios. Along with this, they also founded and developed Hustler’s University together. It is an online company that consists of many digital courses on making money, connecting with other entrepreneurs, and dating women.

Over the last couple of years, Tristan and his brother Andrew have managed to build their multi-million empire. As per Vimbuzz, Tristan has an estimated net worth of $10 million.

Tristan has a sister named Janine

Yes, you read that right. Tristan and Andrew also have a sister whose name is Janine. Their sister Janine is younger than both of them. She is a lawyer by profession. As per the reports of The Sun, she lives in Kentucky.

During a YouTube chat, Tristan talked about his sister Janine and said, “I have nothing bad to say about my sister, she just doesn’t talk to me. I haven’t spoken to her properly in years. I wish her all the best. I don’t know, but she lives in f***ing Kentucky or somewhere.” 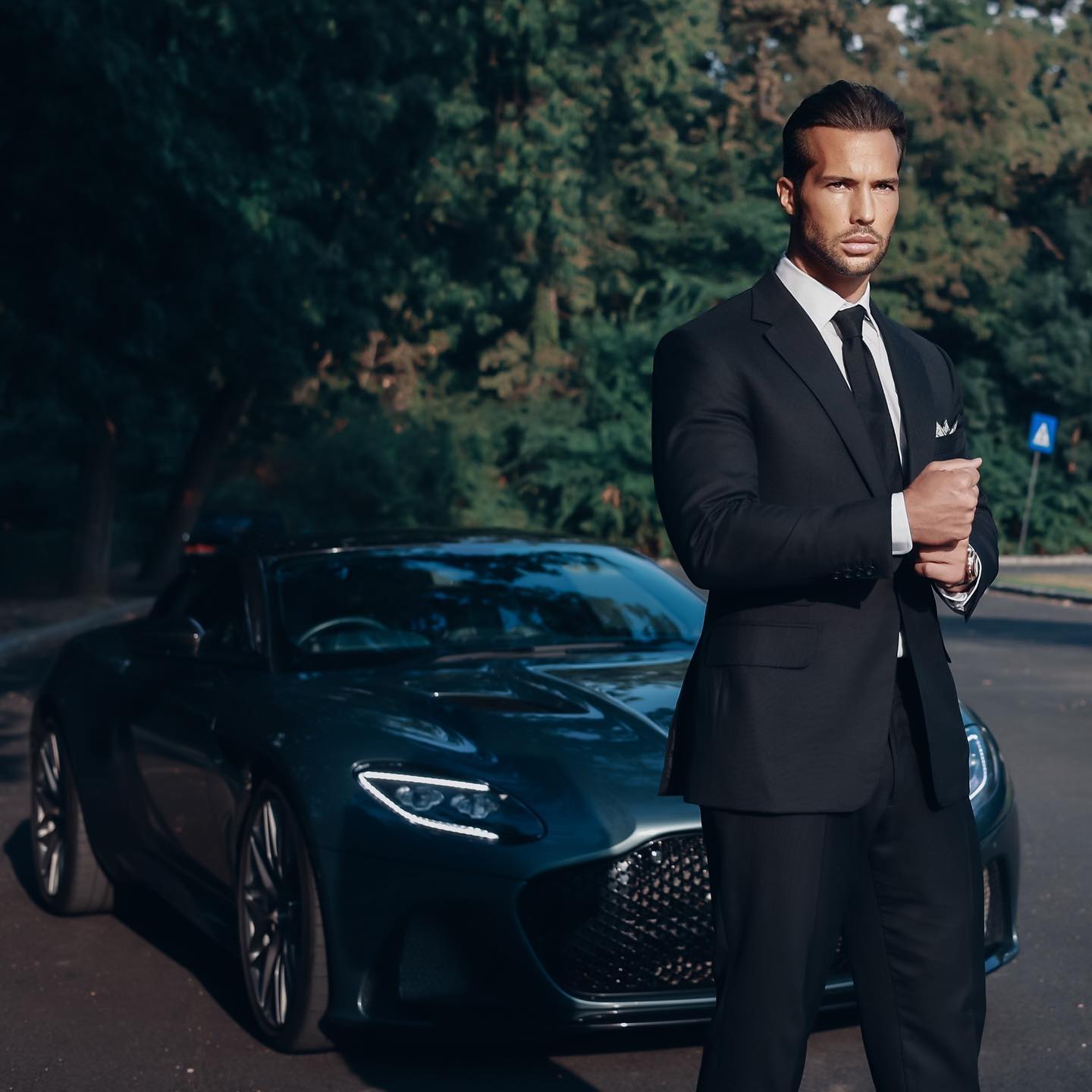 In the same video, Andrew said, “I have a sister. My sister and I don’t really talk.” But he did say, “I do love her.” Unlike her brothers, Janine leads a private life. As of now, it is not known whether she is married and has kids.

Like most boxers in the business, Tristan also has a profile on the social media platform Instagram. At this point in time, he has only 10 posts on his Instagram feed. He enjoys a fanbase of 1.5 million followers on the social networking service Instagram.

Tristan hasn’t put much effort into picking a perfect bio for his Instagram profile. His Instagram bio is pretty short and simple. It reads, “European Kickboxing Champion.” His Instagram feed will give you a mini-tour of his life. 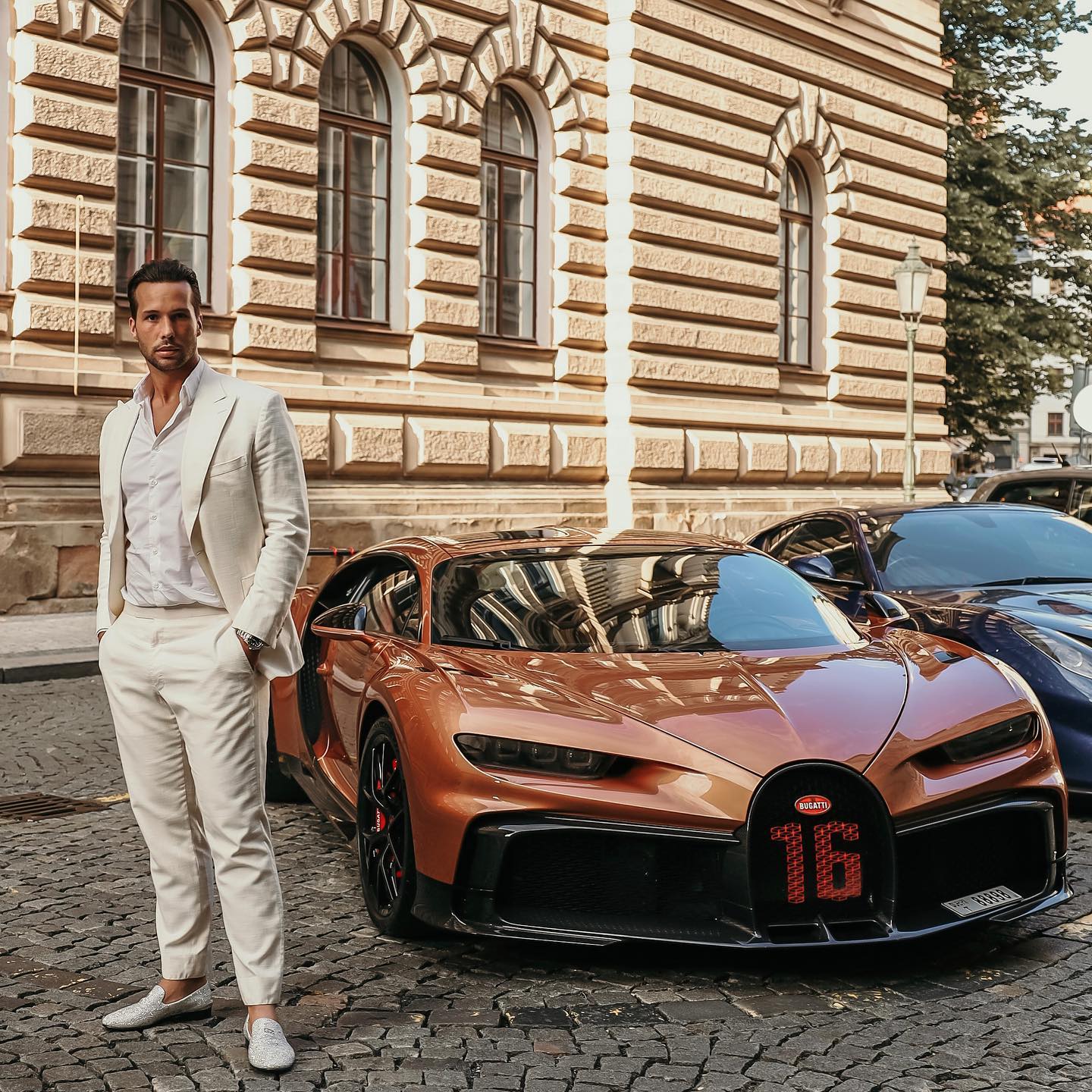 When we scrolled through the Instagram feed of the businessman we found many pictures of him in which he can be seen showing off his great collection of cars, houses, and lavish lifestyle.

Tristan’s latest Instagram post was all about his beautiful house. He posted a series of pictures of himself with a dog. “The stories say a monster lives here, but this is my house and I see no monster,” he wrote alongside the slideshow of pictures. 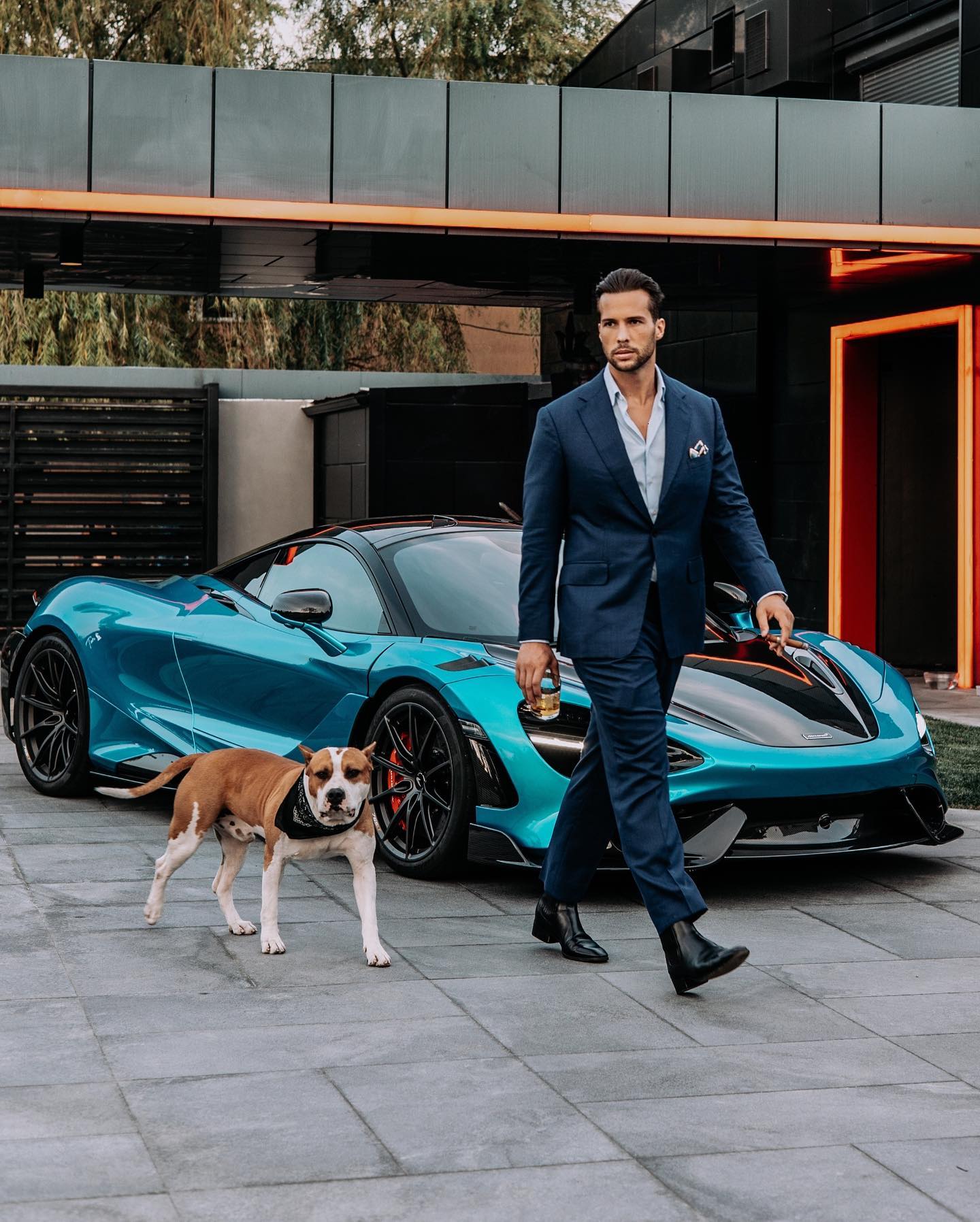 The pictures showed Tate posing next to his blue car and a dog. In one of the many snaps, he can be seen sitting in his car, scrolling through his mobile phone.

Do you think Tristan Tate is just like his brother Andrew Tate? Kindly let us know your thoughts in the comments section below. Don’t forget to stay tuned with us for the latest updates from the world of showbiz.