Gabrielle Stone is an actress and director who is best known for her work in Speak No Evil and Cut. Throughout her acting career, she has worked with many actors like Mischa Barton and Billy Zane.

In addition to this, Stone is also an author. She published her first book named Eat, Pray, #FML in the year 2019, followed by her second one The Ridiculous Misadventures of a Single Girl in 2021. When we talk about the personal life of the Hollywood actress, she was married to her husband for two years. After the pair’s divorce, she moved on in her life with her boyfriend Taymour Ghazi. Read on to know Gabrielle’s boyfriend, Taymour Ghazi a bit better.

Just like Gabrielle Stone, her boyfriend Taymour Ghazi is no stranger to the world of spotlight. He is an actor and producer by profession. He is originally from San Francisco, California.

According to his IMDB page, Ghazi was born on June 16, 1974, which means he turned 48 years old this year. He began pursuing a career in acting in the year 2003 after he bagged the role of Ryan in the 2003 comedy adventure film Tangy Guacamole. 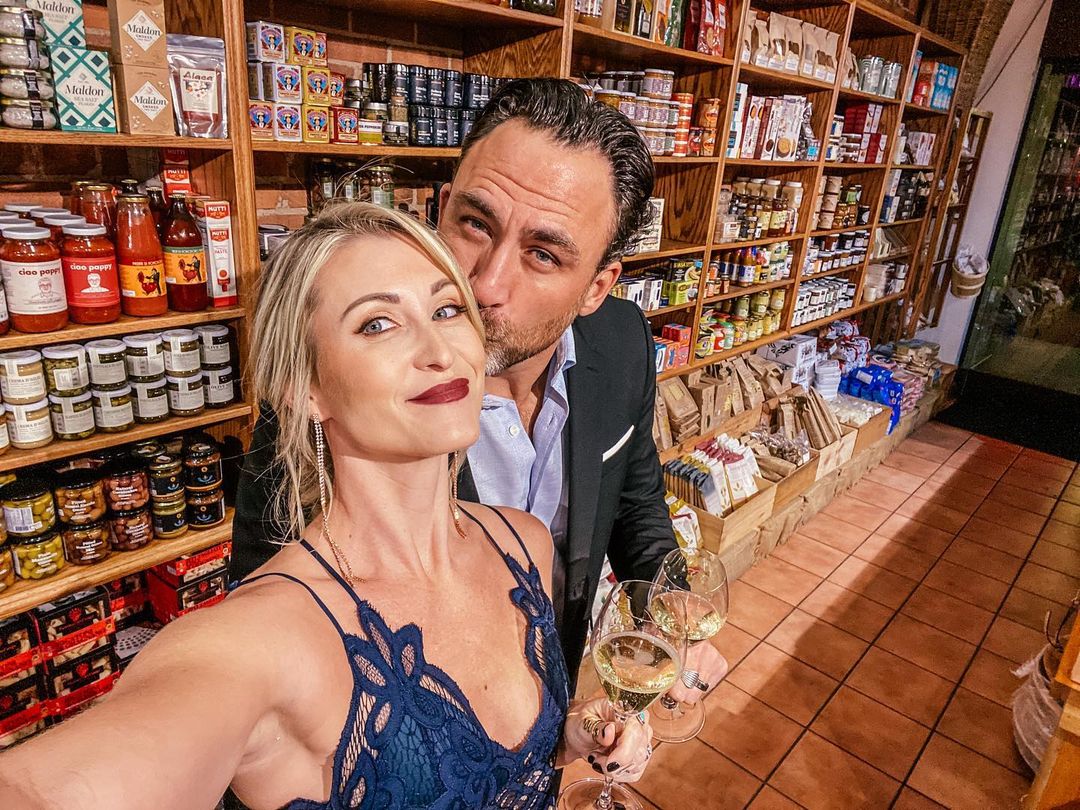 In the past, Taymour has also made guest appearances in various projects such as Miami, Days of Our Lives, Lost Tapes, Criminal Minds, and NCIS: New Orleans.

Apart from this, Ghazi is also noted for his roles in Relapse, Maple Palm, Traces of Tragedy, After Emma, and The Long Night. In 2007, he served as the associate producer of the film Ghost Town: The Movie.

Yeah, you read that right. Gabrielle and Ghazi got engaged earlier this year in June at the romantic city of Positano located on Italy’s Amalfi Coast. At that point, the actress shared the piece of good news with her fans worldwide on the social media platform Instagram. She also tagged her boyfriend Taymour in the Instagram post.

“The kind of love you only read about in books. 💍📚♥️,” she wrote alongside a series of pictures of the pair from their dreamy proposal.

Taymour also shared a separate snap of himself and his ladylove Gabrielle from their engagement day on his Instagram page. He captioned it, “There are certain people that you meet in your life that capture the very essence of your being. She is at the top of that list for me.”

Ghazi went on to say, “She has brought me full circle in life and continues to brighten each day. And the very best part: as I jump over the moon with my fiancé, my daughter remains on my shoulders with smiles and love.”

Taymour Ghazi is pretty active on Instagram. As of this moment, he has more than 7k followers on the social networking platform. At the time of writing, he has 312 posts on his Instagram feed.

Every now, and then, Ghazi keeps sharing updates about his personal and professional life on his Instagram page. His Instagram feed is filled with pictures of him from his trips all over the world and cute snaps of him and his love Gabrielle Stone.

Do you ship Gabrielle Stone and Taymour Ghazi as a couple? Kindly let us know your thoughts in the comments section below. Don’t forget to stay tuned with us for the latest updates from the world of showbiz.