Who is Solange Knowles? Everything About Beyoncé’s Younger Sister

Solange Knowles is the younger sister of Queen Bey. Just like her elder sister Beyoncé, Solange is also a singer by profession. Back in the day, she made a couple of stints as a backup dancer for the American girl band Destiny’s Child, which featured her elder sister, Beyoncé Knowles, Kelly Rowland, and Michelle Williams.

Since then, Solange has paved a path for herself in the world of music and we must say she has come a long way. Continue reading further to catch deep insights into the personal and professional life of Solange Knowles. What does Solange Knowles do for a living?

For those of you who are unaware, let us tell you, that Solange Piaget Knowles is an American singer, songwriter, performance artist, and actress. She was born on June 24, 1986, in Houston, Texas, U.S.

Solange is the daughter of Mathew Knowles, a record producer, and businessman, and Tina Knowles who is a fashion designer. Her dad hails from Alabama and he is African American, on the other hand, when we talk about her mom Tina, she is originally from Texas and is an African American of Louisiana Creole heritage. Her maternal grandparents are Lumis Beyincé and Agnéz Deréon, a seamstress. Solange is the younger sister of the Break My Soul singer Beyoncé. She was brought up as Catholic until the age of 4 when her family became members of a Methodist church. Right from her childhood days, she studied dance and theatre. She made her singing debut at the young age of 5 at Six Flags AstroWorld, a theme park in Houston.

Knowles began writing songs at the age of nine. She decided to pursue a career in music at 13, but at that point, her parents told her to wait.

When did Solange Knowles step into the world of music?

Solange first entered the music business in the year 2001 as the lead singer, backed by Destiny’s Child. She served as a backup singer on the track Little Drummer Boy on Destiny’s Child’s 2001 holiday album 8 Days of Christmas. 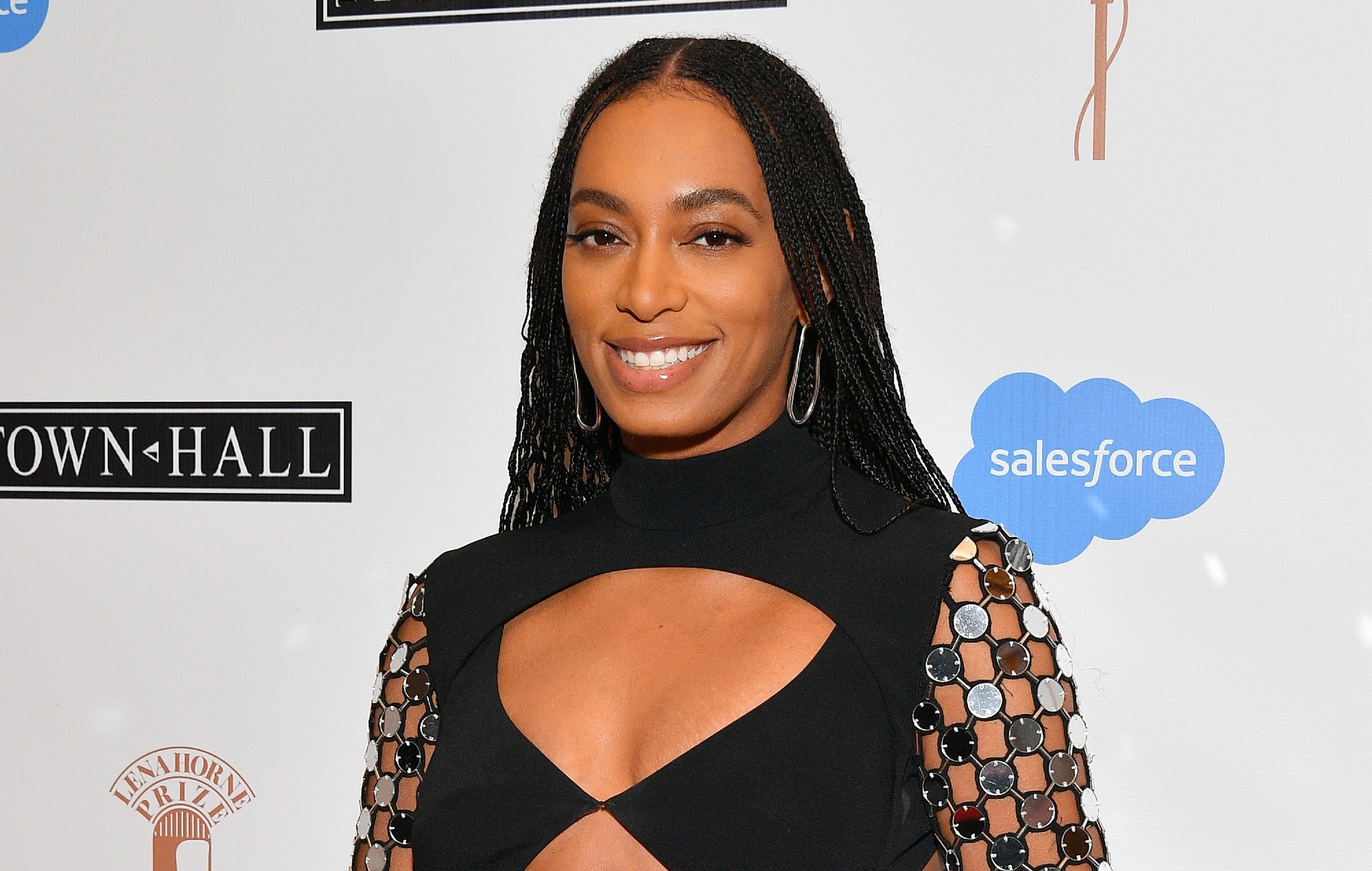 Solange kickstarted working on her debut album Solo Star at the age of 14. Her first album was released by Columbia Records and Music World on December 26, 2002. She co-wrote and co-produced some of the 15 tracks in the album, including its lead single, Feelin’ You (Part II).

Solo Star debuted at number 49 on the Billboard 200 and it managed to reach number 23 on the Top R&B/Hip-Hop Albums chart. The album received mixed feedback from the end of the audience as well as critics.

Solange’s second album Sol-Angel and the Hadley St. Dreams saw the light of the day on August 26, 2008, followed by her third album A Seat at the Table on September 30, 2016. Her fourth album titled When I Get Home came out on March 1, 2019.

Yes, you read that right. After dropping her debut album, Solange started acting in movies. In 2004, she made a guest appearance in an episode titled “The Catch” on the sitcom One on One.

After a while, Knowles starred as a teenager in the 2004 comedy film Johnson Family Vacation. Along with Solange, the movie also starred American actors Cedric the Entertainer, Vanessa Williams, and Bow Wow.

At that time, for her acting performance in Johnson Family Vacation, Solange earned praise from Variety, which went on to say that she “is nearly as dazzling as big sister Beyoncé and does little more than smile winningly in her first big screen outing.

Solange tied the knot with Daniel Smith in February 2004. Then, she was only 17 years old and he was 19 years old. Knowles and Daniel welcomed their first child into the world during the same year.

Knowles gave birth to her and Daniel’s first and only child, a son on October 18, 2004. After the arrival of the pair’s son, the trio moved to Moscow, Idaho, where Knowles’ husband continued studying in college. The two of them got divorced in 2007. 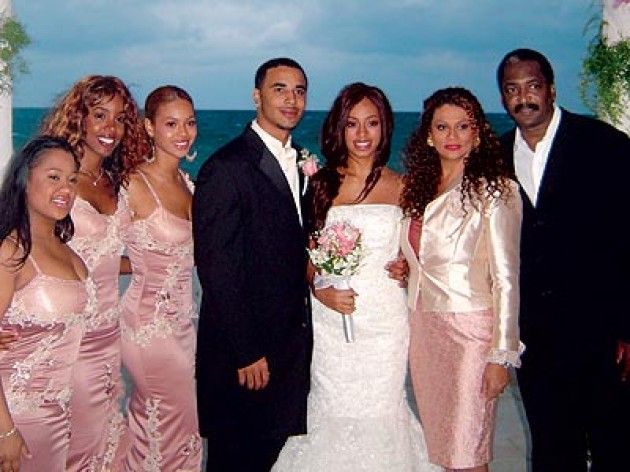 Following her divorce from Daniel, Solange and her son shifted to Brooklyn in 2011, and then to New Orleans, Louisiana in 2013.

Knowles got married to music video director Alan Ferguson at the Marigny Opera House in New Orleans on November 16, 2014. Like her previous marriage, this one also didn’t last long. Solange and Alan ended up going their separate ways in the year 2019.

At that point, Solange issued a lengthy statement to announce her separation from then-husband Alan Ferguson on Instagram. She wrote, “11 years ago I met a phenomenal man who changed every existence of my life. early this year we separated and parted ways, (and tho it ain’t nan no body business 😭) I find it necessary to protect the sacredness of my personal truth and to live in it fully just as I have before and will continue to do.” Knowles further added, “The past 2 years have brought me more physical and spiritual transition and evolution than ever before my body left me with no choice but to listen and be still within that stillness I begin my journey in confronting my worst enemy, fear.”

She continued, “I’ve lived my best and worst moments in front of the lens and gaze of the world since I was a teenager. I’ve always tried to live in my truth no matter how ugly or full of love it is. I’ve also tried to carve out the space to protect my heart, and my life as it unfolds, evolves, and changes.”

During an interview with The Fader, Solange spilled the beans on her personal life and she explained what makes her album A Seat at the Table and her sister Beyoncé’s Lemonade so similar.

Then, Solange told the media outlet, “We have the same mother and the same father. We grew up in the same household, and so we heard the same conversations.” She went on to talk about her mom Tina’s presence on social media. 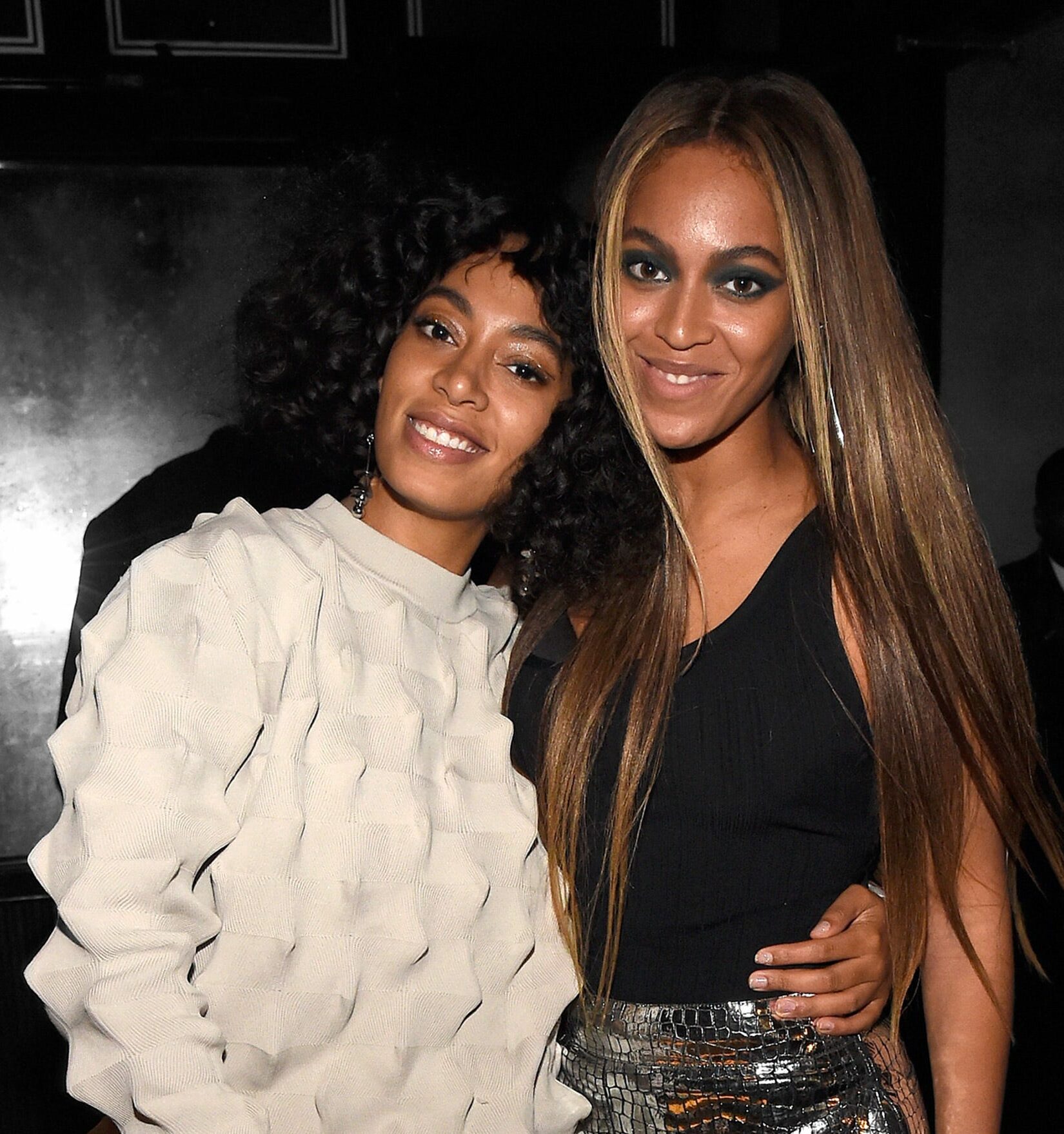 The This Could Be Love singer further added, “One of the joys in your mom being an Instagram star is that people are, I think, starting to understand the environment that we grew up in. Through her voice and organizing, and her really being an advocate for black equality—and obviously through the intro of ‘Don’t Touch My Hair’—people are a little clearer in terms of the upbringing that we had and us having these very politically-charged, socially-charged conversations on a daily basis.”

Solange continued, “It shouldn’t be surprising that two people who grew up in the same household with the same parents who are very, very aware—just like everyone else is—of all of the inequalities and the pain and suffering of our people right now, would create art that reflects that.” 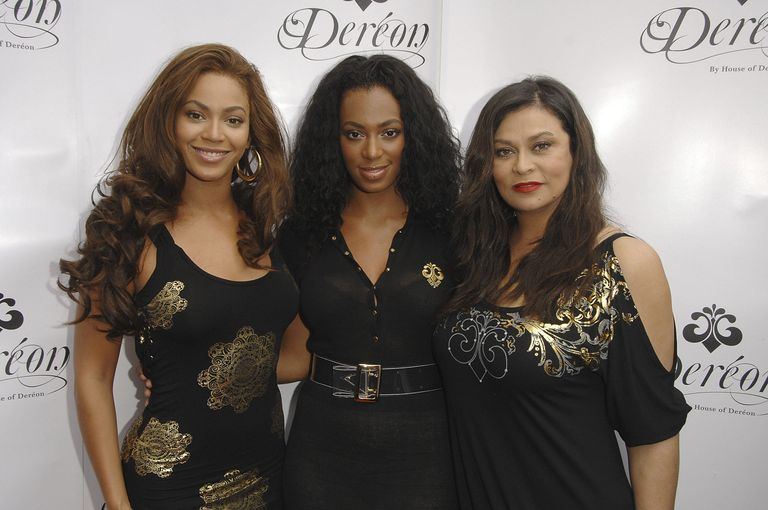 Knowles concluded by saying, “As far as I’m concerned, she’s always been an activist from the beginning of her career and she’s always been very, very black. My sister has always been a voice for black people and black empowerment. And I give so much of that credit to my parents.”

The answer to the above question is a big yes. Like most singers in the entertainment business, Solange Knowles also has a profile on the social media platform Instagram. As of now, she has 111 posts on her Instagram feed.

At this point in time, the Just Like You crooner has nearly 5.7 million followers on the social media platform Instagram. Solange’s Instagram feed will give you a mini-tour of her life. 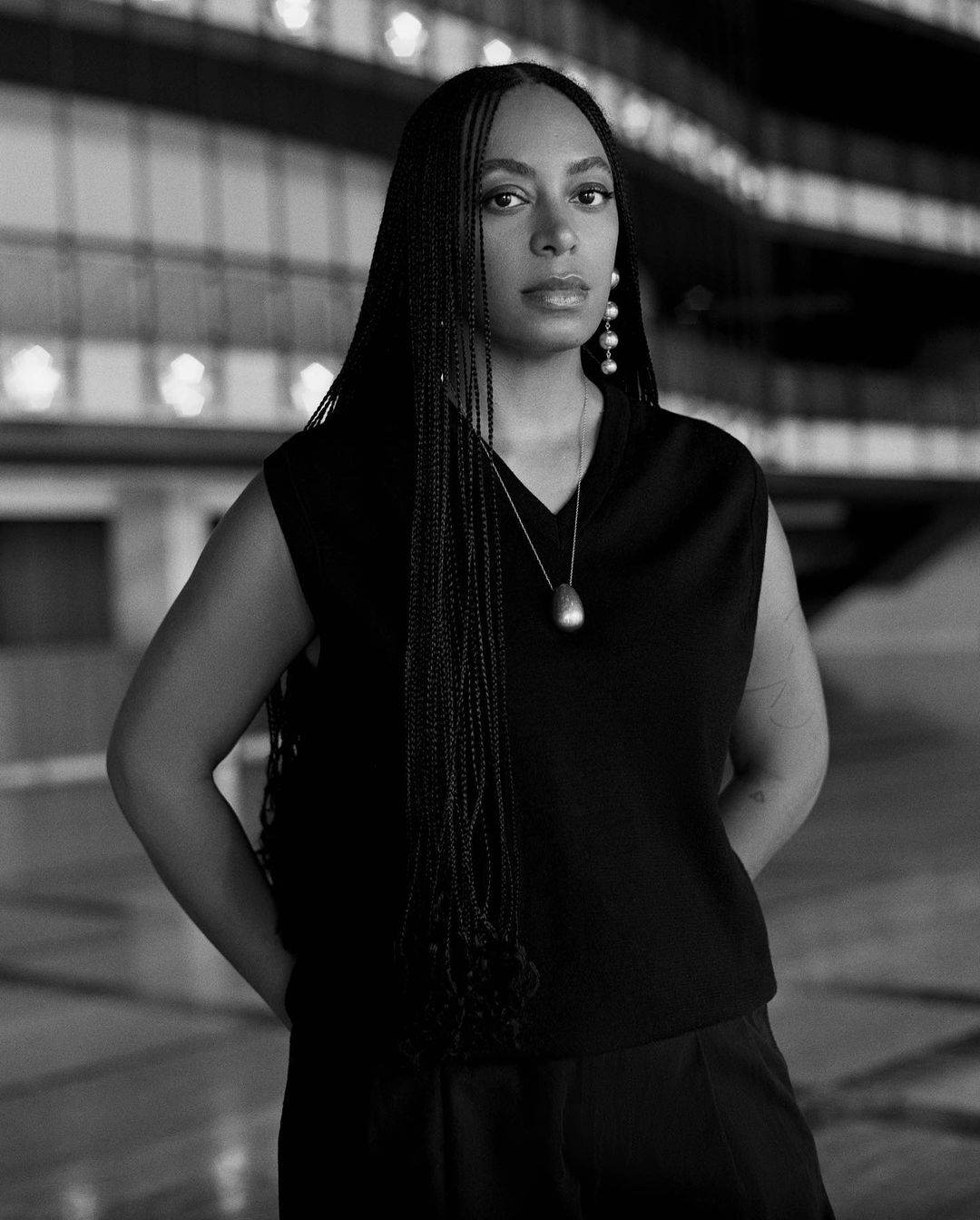 When we scrolled through the Instagram feed of Solange, we found pictures of her from her trips all over the world, a couple of videos from her gigs, and a series of pictures of her with her close friends and family members.

What’s next in line for Solange Knowles?

“🖤very excited to announce i’ve composed an original score for the New York City Ballet 🖤 choreography by Gianna Reisen , score performed by the City Ballet Orchestra and soloist from my ensemble 🖤 Shows: October 1, 8, 11, and 16 as well as May 2, 11, 13, 17, and 18th at Lincoln Center,” she captioned the post. 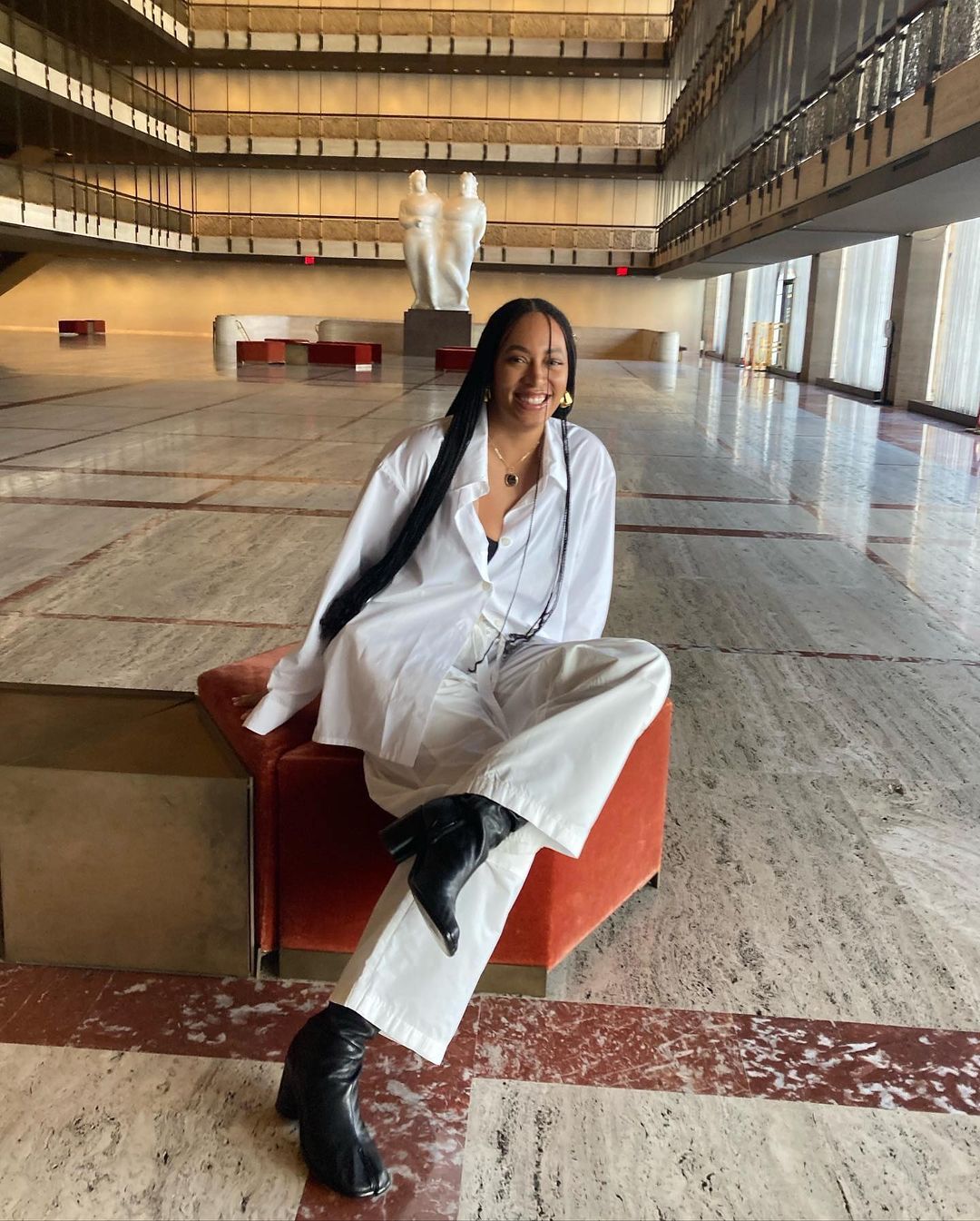 We can’t wait to see what Beyoncé’s younger sister Solange Knowles has in store for all her fans in the times to come. Don’t forget to stay tuned with us for the latest updates from the world of showbiz.