Who is Silver Tree? Everything About Meghan Markle’s Close Friend

In the latest docu-series of Prince Harry and Meghan Markle, we saw many people spilling the beans on the fairytale romance of the pair. One of the many people who appeared in the series was Silver Tree. Read on to learn more about Silver Tree’s life. Who is Silver Tree?

For those of you who are unaware, let us share with you, Silver Tree is one of the closest friends of the former Hollywood actress Meghan Markle. In the documentary series, Silver spoke about her friendship with the Duchess of Sussex, and her husband, Prince Harry.

Silver is most noted as an executive producer and occasional director of the hit legal drama series Suits, which saw the light of day on USA Network on June 23, 2011. The show that starred Meghan Markle, Patrick J. Adams, and Gabriel Macht ran for a total of 9 seasons. In addition to this, Silver Tree’s other credits are as follows: Netflix’s You, Dead to Me, and Shameless. At the moment, the 45-year-old is all set to don the director’s cap for a remake of Fatal Attraction.

Yeah, you read that right. At one point in the docu-series, Harry & Meghan, Silver Tree recounts being fearful for Markle after the news of her relationship broke in late 2017. She disclosed that paps would wait for Meghan outside the sets of the show Suits.

Tree recalled, “The paparazzi started coming out to get eyes on her and there were people trying to buy call sheets from production assistants on our show so they could find out when she was shooting. They’d get these really long lenses and like hide on hills so they could get a view of her.” 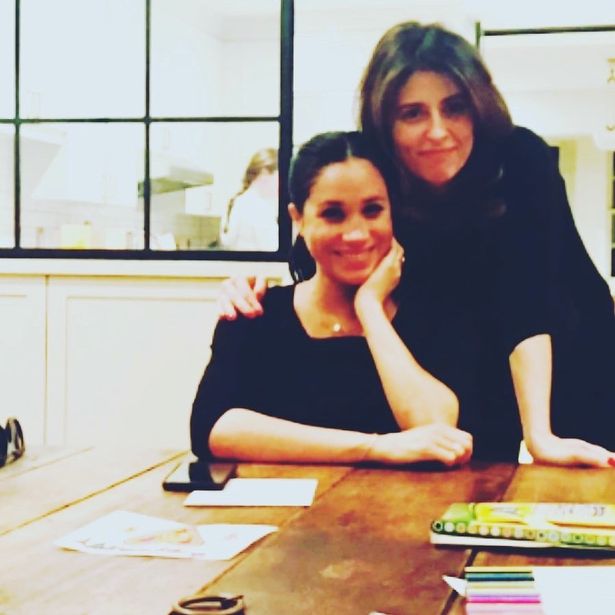 The Suits producer further added, “There were people breaking into the area where the trailers are and trying to get pictures of her coming in and out of her trailer. It started feeling a little bit dangerous for her.”

Silver also stated that she was afraid of people breaking into the set. She further added, “I don’t think anyone knew how to manage that new normal. I mean, I was terrified somebody was just going to be in her trailer waiting for her.”

Tree went on to say, “At a certain point we had to cage in all the trailers and that was really challenging logistically, because she was on a TV show and her nature is never to make things more difficult for anyone. I don’t think anyone knew how to manage that new normal. I mean, I was terrified somebody was just going to be in her trailer waiting for her.”

Have you watched Prince Harry and Meghan Markle’s new series Harry & Meghan? Kindly let us know your thoughts in the comments section below. Don’t forget to stay tuned with us for the latest updates from the world of showbiz.