Who is Selah Marley? All About Lauryn Hill’s Daughter Who Wore a ‘White Lives Matter’ Shirt

Selah Marley is the daughter of American rapper Lauryn Hill and the granddaughter of the legendary singer Bob Marley. Lately, Selah has been in the news due to her involvement in Kanye West’s Yeezy season 9 presentation in Paris. Not long ago, she showed up at the fashion show in Paris while wearing the Donda rapper’s controversial ‘White Lives Matter’ shirt.

Kanye’s designs have received immense criticism from activists, entertainers, fashion figures, fans, and more. The critics went on to say that the slogan on West’s designs is a dismissive retort to the Black Lives Matter movement which started as a protest against anti-Black violence and police brutality. Keep reading further to know more about the whole matter and Bob Marley’s granddaughter Selah Marley. 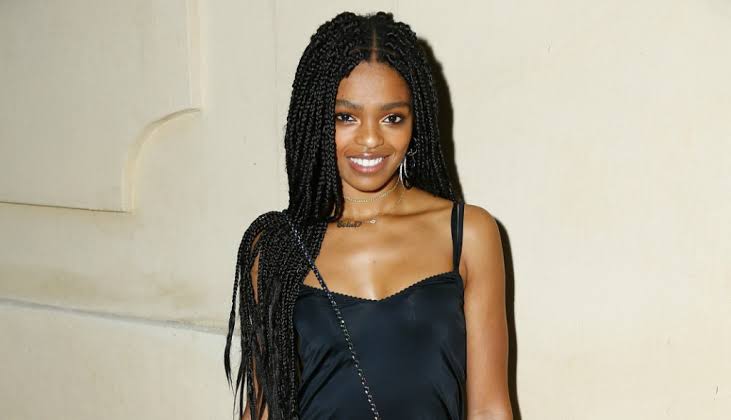 Who is Selah Marley?

For those of you who are unaware, let us tell you, Selah Marley is the daughter of former Fugees lead singer Lauryn Hill and Jamaican entrepreneur, Rohan Marley. She is the granddaughter of the iconic singer Bob Marley. She was born on November 12, 1998, in Miami, Florida. U.S.

Selah’s parents never got married despite being together for nearly 15 years. Her name is Hebrew and it means ‘meditational pause.’ She has many siblings and half-siblings. When we talk about her educational qualifications, she is a student of New York University’s Gallatin School of Individualized Study. 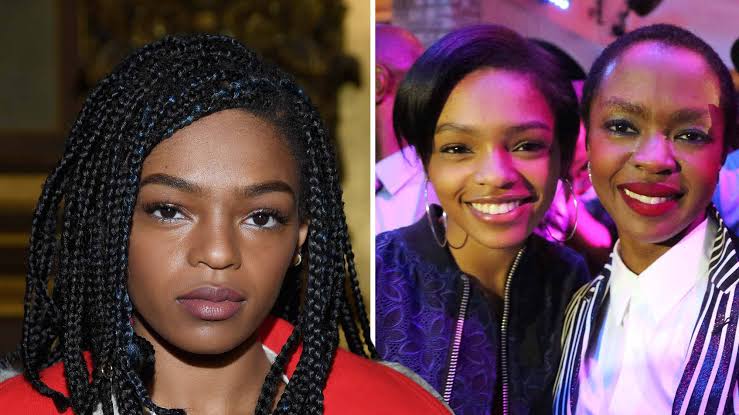 What does Selah Marley do for a living?

Selah Marley is a model and singer by profession. She started modeling in the year 2011. At that time, she was featured in Teen Vogue magazine. In 2016, Marley bagged a spot on Dazed’s ‘Dazed 100’ list. Then, she was placed on the Maxim Hot 100 list in the year 2017.

To date, Selah has appeared in Vogue, CR Fashion Book, Dazed, Elle, Harper’s Bazaar,  L’Officiel, Love, Vanity Fair, V, and Vogue Arabia. Along with this, she has also featured in campaigns of many famous fashion houses such as Chanel, Ivy Park, Telfar, and Michael Kors. In addition to this, she has also graced the covers of several magazines like  Wonderland, Flaunt, UK Sunday Times, and L’Uomo Vogue. 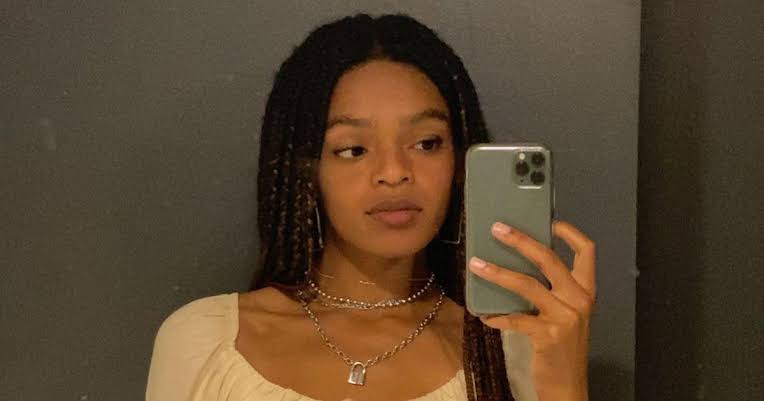 Lauryn Hill’s daughter Selah Marley was one of the models who donned the black sweatshirt with the same message written across it. She even posted a video of her and Kanye joking around at the event on the social media platform Instagram. She simply captioned the video, ‘Love u @KanyeWest.’ 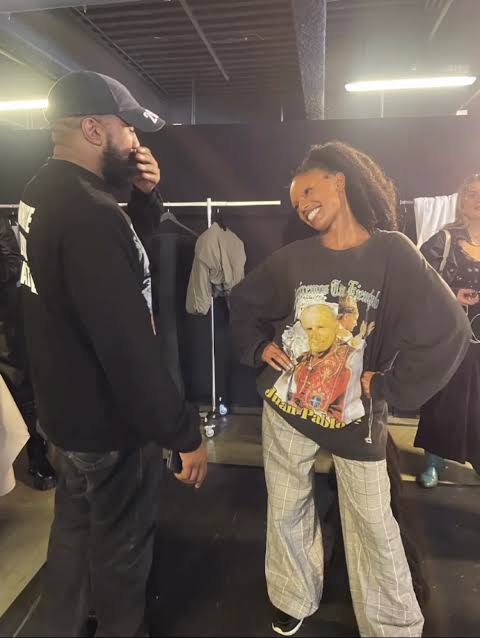 As soon as the fans saw Selah Marley in Kanye West’s controversial ‘White Lives Matter’ shirt, they couldn’t wrap their head around the fact that Selah supported Kanye’s designs. They began slamming Selah on various social media platforms such as Instagram and Twitter.

One social media user wrote, “The fact that Kanye had Selah MARLEY walk in that shirt disturbs my soul on a greater level. Bob Marley was a Black revolutionary who spoke about injustice through his music. That legacy shouldn’t be entangled with mess.” Another user further added, “Selah Marley is a fucking idiot and a disgrace to the legacies of Bob Marley and Lauryn Hill.” 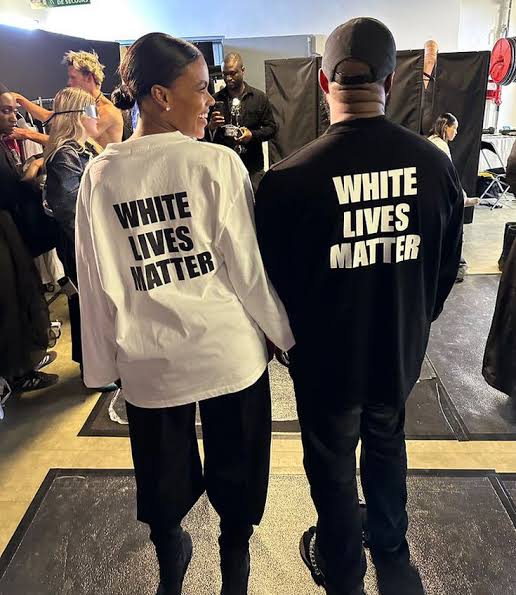 Followed by a user who penned, “Imagine thinking your intentions matter when it comes to contributing to viral imagery for white supremacists. Reading Selah Marley parrot the same lines Kanye gives about “breaking free from an agenda” is depressing. the agenda is quite literally white supremacy.”

A user went on to say, “I absolutely expect this from Kanye but Selah Marley has disgraced the name and memory of her grandfather Bob Marley and everything her mother stands for. He was the world’s Black freedom fighter. If you don’t know her mother is the legendary Lauryn Hill.”

Yes, you read that right. After seeing all the backlash online for wearing a ‘White Lives Matter’ shirt, Selah decided to put out her thoughts on the whole situation and she ended up defending Kanye and his designs. She took to her Instagram handle and posted a lengthy message. 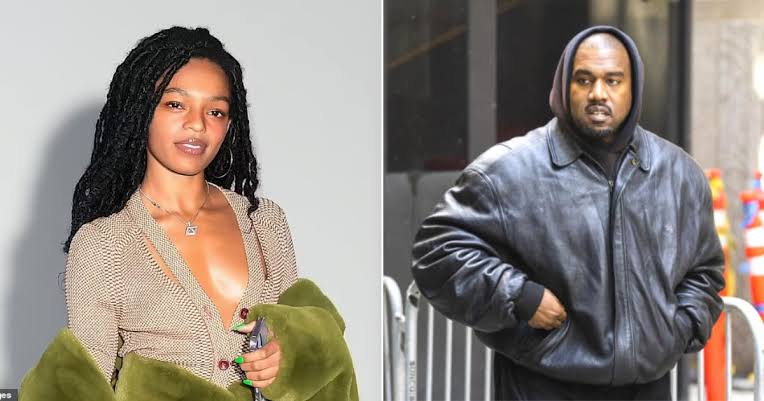 Selah went on to say, “Witnessing someone break free from ‘the agenda’ sends you all into such a panic that you will do whatever it takes to force them back into the box that you feel they should exist in. All morale & empathy is eliminated due to the fact that you feel justified by your emotions. The victim becomes the victimizer.”

She further added, “You cannot bully me, manipulate me, or coax me into silence. Nor will you bully me into being who you want me to be. I don’t care how many tweets you make, DMs you send, or articles you write. Throughout all the chaos, I have yet to speak on my experience. If you know me, you know that nothing I do is without deep thought and intention. Wait ’til you hear what I have to say.”

Then, Selah also shared a screenshot of a text that she sent to Kanye West. In the text message shared, Marley stated that she wanted to “discuss the depth” behind the ‘White Lives Matter’ statement. After a while, Ye reposted Selah’s text in his Instagram Story. 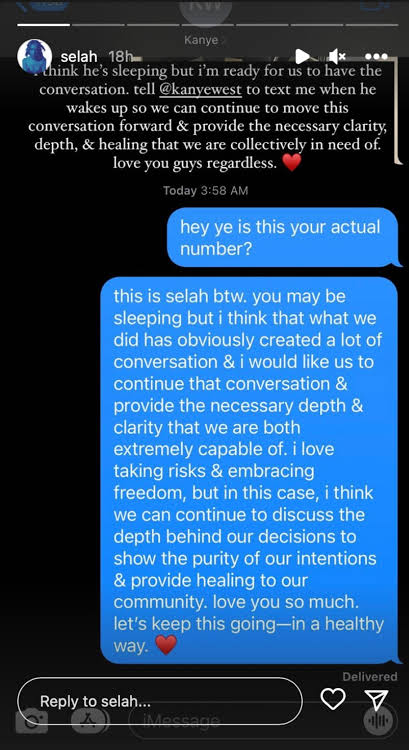 Do you think Selah Marley made a big mistake by wearing Kanye’s controversial ‘White Lives Matter’ shirt in Paris? Kindly let us know your thoughts on the whole matter in the comments section below. Don’t forget to stay tuned with us for the latest updates from the world of showbiz.